US-based Mammoth Freighters just announced the launch of a 777 freighter conversion program. But are they too late, or can the market wait?

We have seen that the air freight industry is transforming itself, in several different ways. On the one hand, older types like the 747 and MD-11 lose their popularity. But the prospect of even newer types from Boeing and Airbus, to replace them, is still some way away. And, it’s quite complicated. 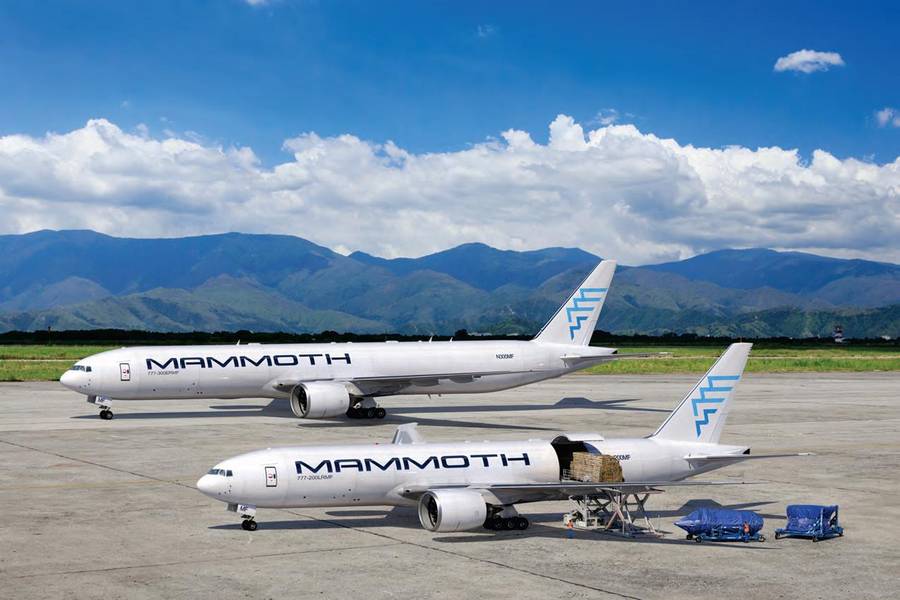 The alternative is conversions. Both Boeing (767) and Airbus aircraft (A330-200/300) have seen a fair amount of interest, the latter picking up lately. And at the upper end, there were at least three companies working on some form of Boeing 777 conversion. And now, with Mammoth Freighters, we have a fourth.

The company first came into being in December of 2020. Mammoth has two CEOs, Bill Wagner and Bill Tarpley. They have funding from Fortress Investment Group, and have already secured ten Boeing 777-200LR aircraft, as “feedstock”. These airliners operated with Delta Airlines until recently, and share a common specification. 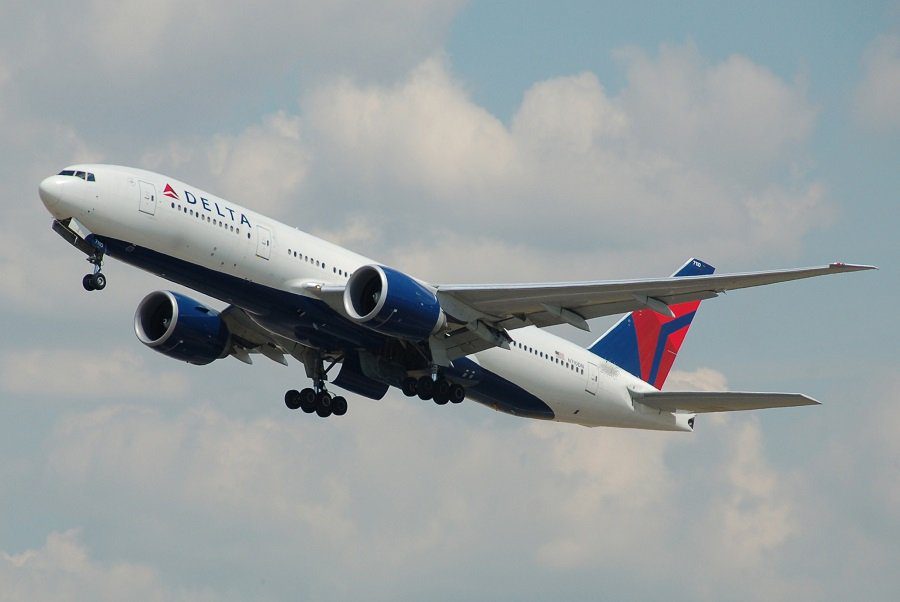 The company already has ten 777-200LRs that flew with Delta

Embarking On A Mammoth Task

Mammoth already possess a Boeing data license to make ‘P2F’ conversions on the 777. The company has started work on the 777-200LR conversion, which they’ve dubbed 777-200LRMF (for Mammoth Freighter). The company already launched its Supplemental Type Certificate (STC) for this type. And if everything goes according to plan, the 777-300ERMF conversion will follow.

The company’s choice of model for this launch is interesting. Boeing’s factory-made 777 freighter is, in essence, a 777-200LR, with some key structural components from its bigger brother. As we have seen previously, Boeing’s choice of the shorter -200 fuselage is because the longer -300 wouldn’t be able to carry more weight. So Mammoth’s start makes sense. But there’s a problem. 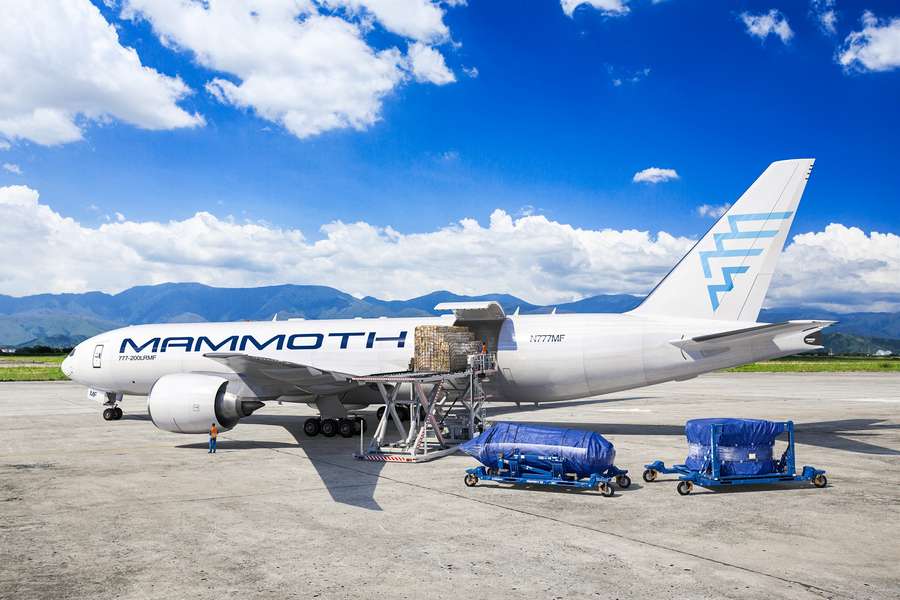 The air freight industry has seen a shift towards e-commerce, in recent years. And this shift only got stronger and faster, during the pandemic. E-commerce puts more emphasis on volume, rather than weight. This has led to initiatives like the IAI/GECAS 777-300ERSF conversion, working on the larger model first. The IAI/GECAS freighter is far ahead of any other 777 conversion program at the moment.

Both companies will eventually cover both 777 sizes. Mammoth aims to get its 777-200LRMF in service by the 2nd half of 2023. So it will be about a year behind IAI, but perhaps will be first to market with a 777-200LR conversion. There is also Sequoia Aircraft Conversions in Wichita, Kansas, however, their time-to-market is unclear.

Mammoth hasn’t announced any launch customers at this time. However, the company intends to make its conversion available via lease, through Fortress, its financial partner. They also aim to provide conversion services to operators who supply their own aircraft. And with some airlines discovering the merits of cargo operations in the pandemic, this could indeed prove popular.

One detail worth watching here is the payload. Mammoth could try to upstage IAI, by aiming for more weight capacity – for those airlines that aren’t focusing on e-commerce. IAI has been trying to push gross weight and max structural payload upwards, for their 777-300ERSF. Their current number for the latter is 100,698kg (222,000lbs). West of the Atlantic, the 777-200LRMF boasts 105,687kg (233,000lbs). 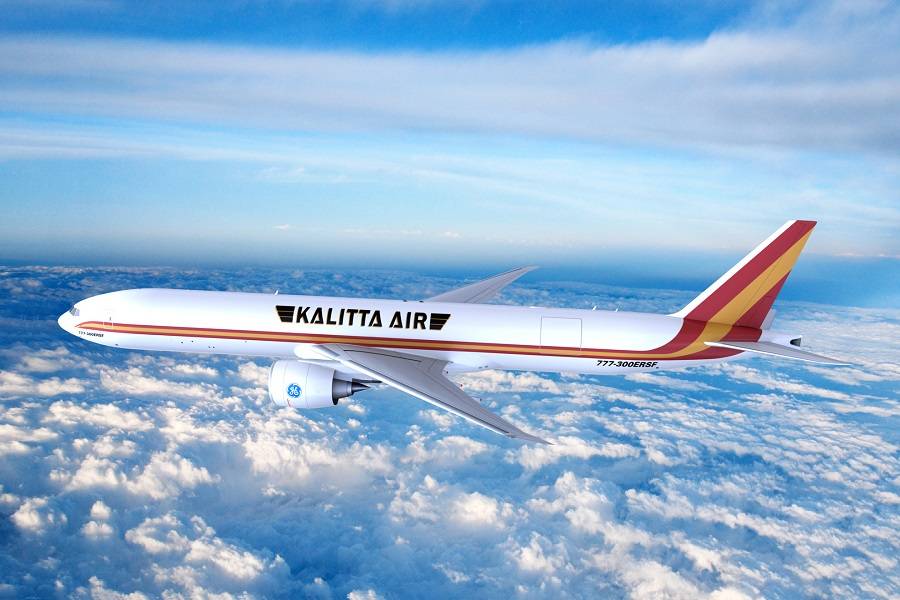 IAI/GECAS have Kalitta Air as their launch customer. Image: GECAS

Yes, this is an apples-and-oranges comparison since the base aircraft are different. Mammoth’s planned numbers for the -300ERMF are much closer to IAI’s (99,790kg, or 220,000lbs). And with neither plane flying, both companies’ numbers could change. A lot.

But these weight differences show what is at stake here: will most freight operators value weight or volume? Whoever guesses right, will enter the market with the right aircraft first. Of course, IAI has a substantial lead, both in launching first and given us long-standing experience. Their 777-300ERSF follows successful 747, 767 and 737 conversion programs.