INCIDENT: The Unusual Journey Of A Lufthansa A350

A Lufthansa Airbus A350 had to make an unusual and protracted tour of northern Europe, after reports of a problem on take-off from Munich.

The incident happened on the 15th of September. The Lufthansa crew would perform flight LH-434 from Munich (EDDM) in Germany to Chicago O’Hare (KORD) in the United States. The crew took off from Munich’s runway 26L just after 4 pm local time. They then departed the area, climbing to their cruise altitude uneventfully, as far as they knew. 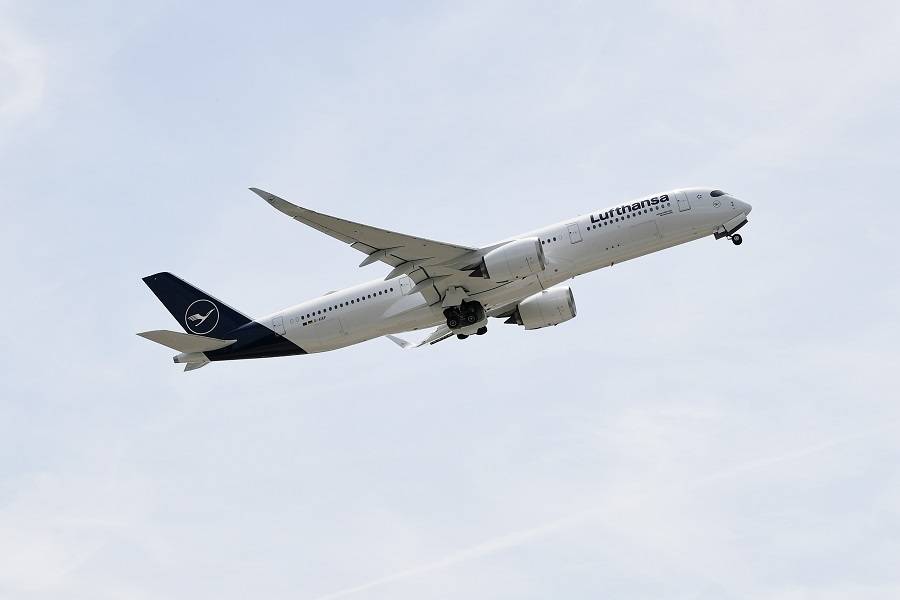 However, ground observers at Munich airport later reported hearing a bang after the departure of the Lufthansa A350. It is not clear if it was because of this report or not, but airport authorities conducted a runway inspection sometime after the A350’s take-off. This inspection discovered tyre fragments, which ground crews determined came from the Lufthansa aircraft.

ATC relayed this information to the Lufthansa A350 crew. By this time, they were over Scotland, cruising at FL380. Unsure about the condition of their aircraft, the crew decided to return to Munich. But they had a couple of problems. Firstly, they could not dump fuel. Usually, fuel dumping is an option with widebody aircraft. This is because the maximum landing weight of these jets can be significantly lower than their maximum take-off weight. 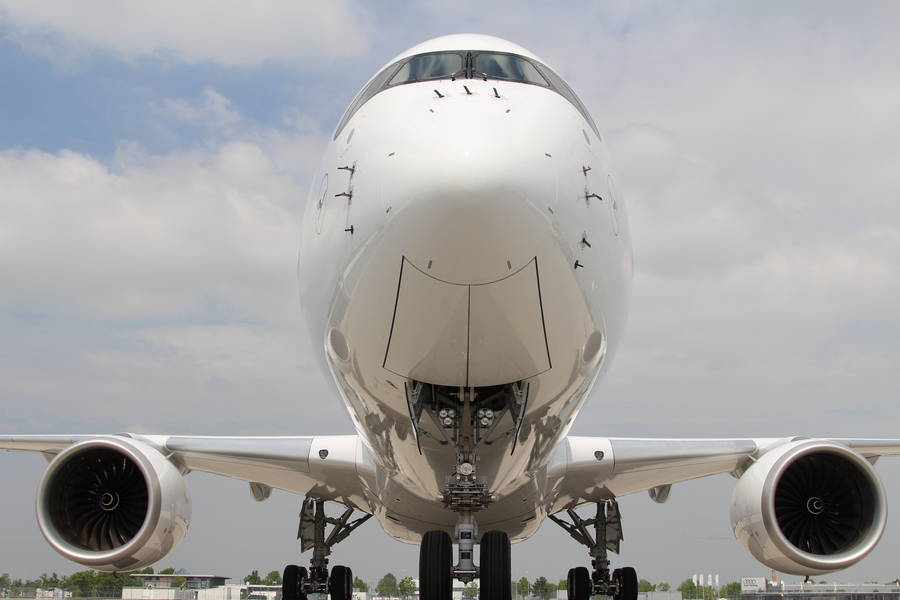 However, dumping fuel is an optional feature on the Airbus A350, and Lufthansa did not select it for its jets. In an emergency, the crew could decide to perform an overweight landing, all the way up at gross weight. But this wouldn’t make sense, if the plane is flying nicely and the crew suspect a burst tyre, as in this case. So the Lufthansa crew decided to wait. However, waiting introduced another problem.

The Lufthansa crew wanted to make a low pass with the gear down, to get feedback on the condition of the tyres on their A350. But that obviously requires daylight. So, unable to reach Munich before sunset, they decided to make a low approach over Cologne (EDDK), further north in Germany. 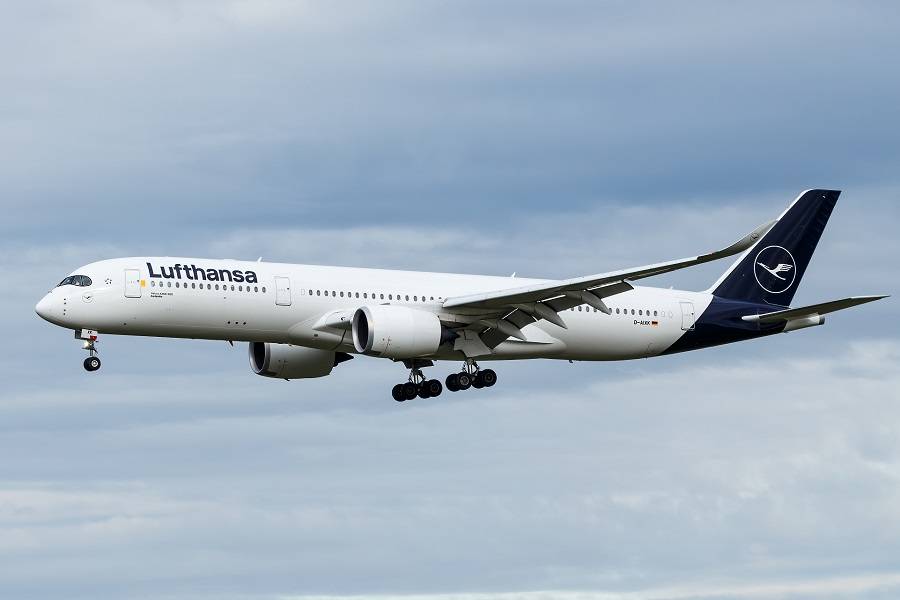 Lufthansa A350 Makes Another Diversion

That low approach did not reveal any obvious problems with the aircraft’s tyres. So the Lufthansa crew climbed back to altitude, for their A350 to burn more fuel on its way to Munich. However, there was one final problem: Munich didn’t want them – at least not yet. Normally, Munich Airport operates using its two parallel runways: 08R/26L, which this aircraft used, and 08L/26R. However, the latter runway is closed and will remain closed until the 2nd of October.

An aircraft with a blown tyre often disables a runway – at least temporarily. So since they now have only one runway, Munich Airport did not want the Lufthansa A350 before 23:00 local. Presumably, they had no more scheduled flights after this time. The weather was also a factor over Munich airport. So the crew decided to divert once again, this time to Frankfurt (EDDF)! 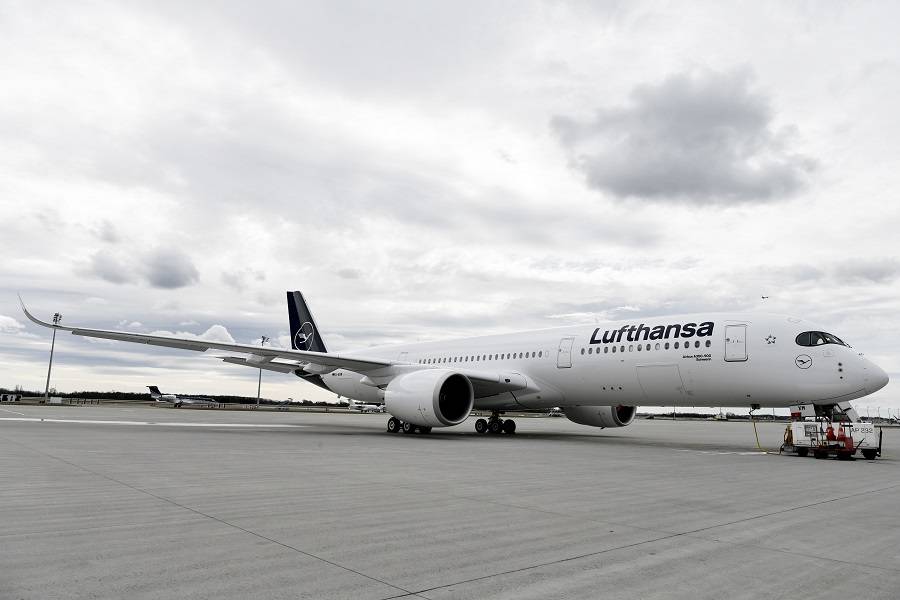 The Lufthansa A350 landed on runway 25C at Frankfurt at 20:19 UTC, i.e. 22:19 local. After spending about 5 minutes on the runway, the aircraft taxied off uneventfully, parking at a stand. The airline later announced that the damaged tyre did not lose pressure in the incident. So it appears this was delamination, not a burst tyre.

So this flight went from Munich to northern Scotland, to Cologne, then on hold near Munich and finally to Frankfurt. The Lufthansa aircraft involved in this unlikely ride, is an Airbus A350-900, with tail number D-AIXK. It is only 3.4 years old and is one of the A350s that Lufthansa originally got in their latest, updated livery. They have named this aircraft “Karlsruhe”. As of this writing, the jet still hasn’t returned to service.