In another example of an aircraft ditching in the water, Garuda Indonesia’s flight 421 managed a successful river landing, in 2002.

Yesterday we saw how the Miracle on the Hudson landing unfolded, 12 years ago. That water ditching happened on the 15th of January 2009. And 19 years ago today, on the 16th of January 2002, Garuda Indonesia Flight 421 had its own water conclusion. This, too, ended in a successful ditching, but unfortunately it involved one fatality. 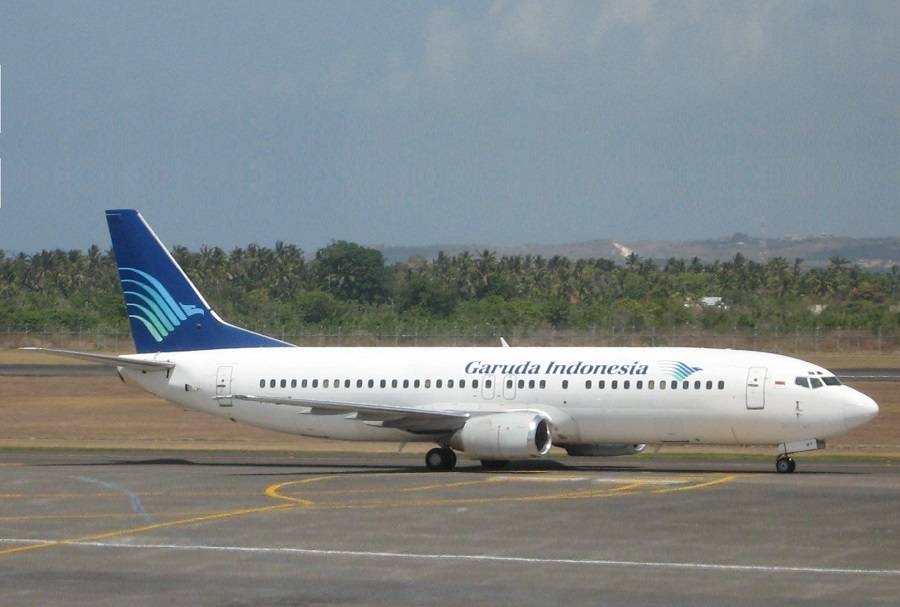 Water ditchings are thankfully very rare, but they do happen. The Cactus 1549 ditching in the Hudson happened when the two engines ingested multiple birds, and flamed out. Garuda Indonesia Flight 421 also had a dual flame-out, for different reasons. In this case, the pilots had a bit more altitude to work with. But they had worse visibility than the pilots ditching in the Hudson.

The aircraft was a Boeing 737-300, registration PK-GWA. Garuda Indonesia was the first owner of the jet, which was the airline’s first 737. At the time of the incident, the plane was 13 years old. In the cockpit was an experienced crew. The captain, Abdul Rozaq, had over 14,000 hours, of which over 5,000 were on type. The first officer, Harry Gunawan, had over 7,000 hours. 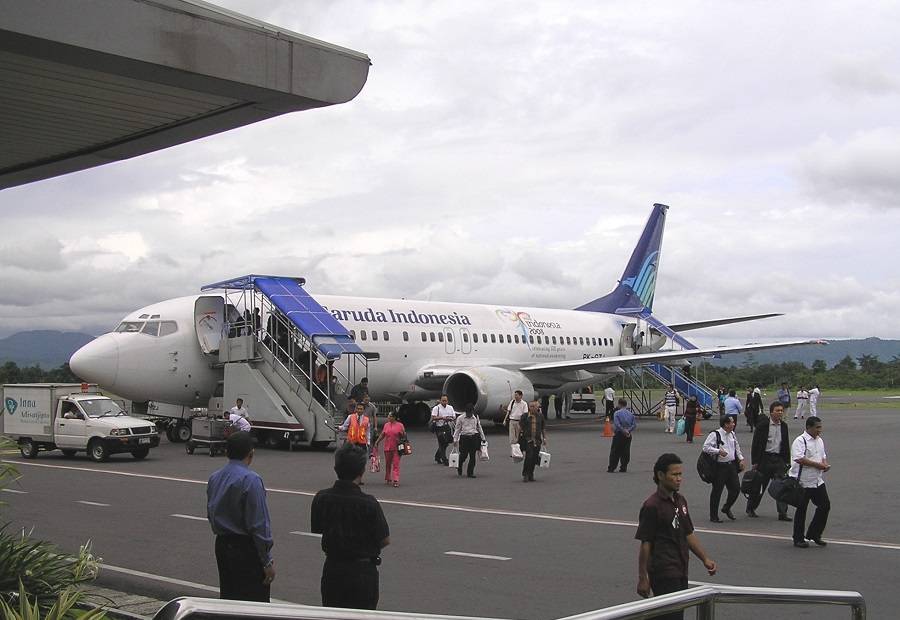 Another of the airline’s aircraft, at what would have been Flight 421’s destination

The route of Garuda Indonesia Flight 421

Garuda Indonesia Flight 421 took off from Mataram-Selaparang Airport in Lombok Island, Indonesia, at around 15:02. It climbed to a cruise altitude of 31,000 feet. Its destination was Yogyakarta-Adisutjipto Airport in Java, 626km (338nm) away. But from early on, the pilots knew that they would have to work around some unfriendly weather.

The crew of Garuda Indonesia Flight 421 had to contend with thunderstorm activity near their destination. Checking their weather radar, they saw what appeared to be two intense weather cells. They decided to fly between them. As it later transpired, this was a mistake. They actually had a single, big cell in front of them. The report would later note that the pilots had not received formal training on using the radar, to avoid misleading readings. 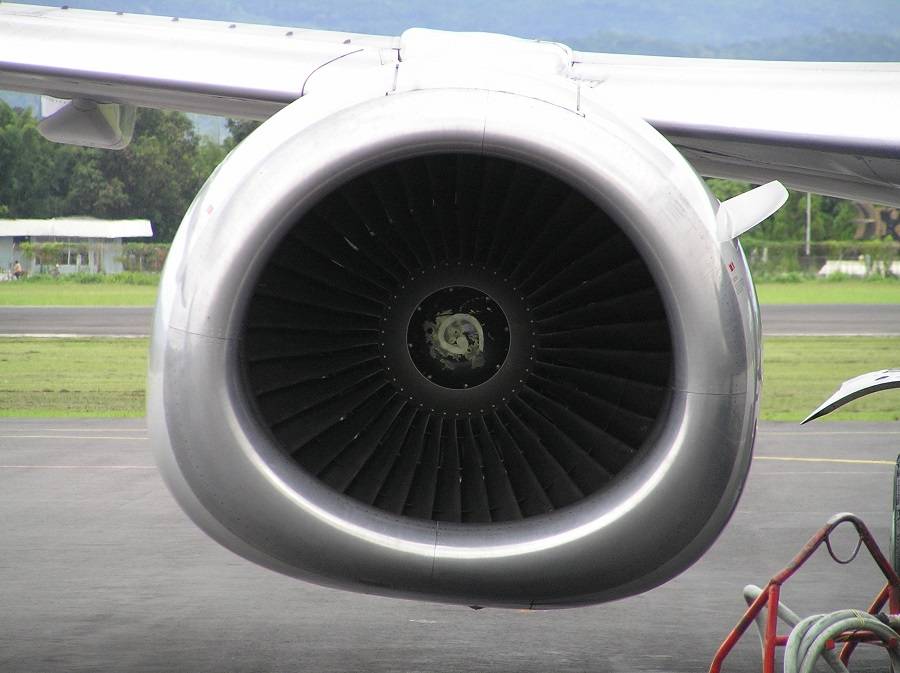 The area between what the crew thought were the two cells, was actually the strongest area of the cell. The Garuda Indonesia pilots eventually tried to turn away from the storm, but could not avoid entering areas of intense rain and hail. In such conditions, it is advisable to add thrust to the engines, to keep them from flaming out. As the plane descended through 19,000 feet with the engines in flight-idle, they eventually did flame out.

Approach And Landing to the River

The Garuda Indonesia crew could not restart their engines. Their aircraft had a relatively weak battery, that might have started the APU instead. The crew tried restarting their engines first, which was against their standard operating procedures. After several attempts to start the engines, they tried to start the APU. But by this time the battery could not start it, either. So, the aircraft eventually lost all electrical power. 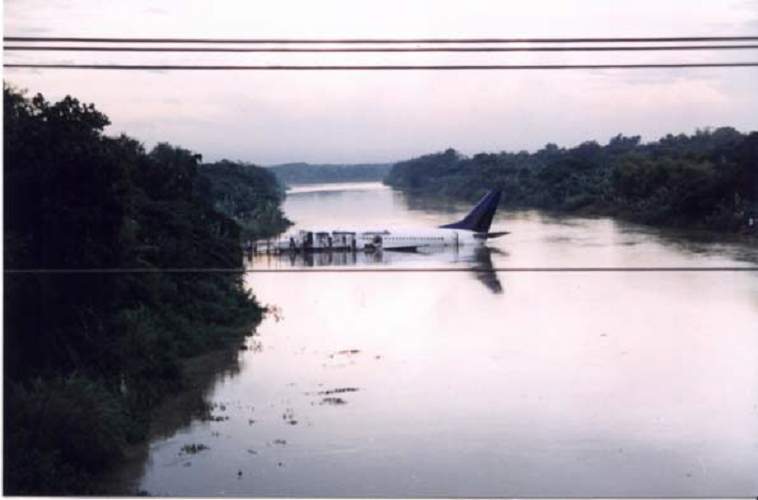 Garuda Indonesia Flight 421 broke through the clouds at 8,000 feet. Scanning the ground, the pilots saw the Bengawan Solo river. With no power to extend any lift devices, the aircraft ditched in the very shallow (~1m) river. The aircraft stayed mostly intact. The aircraft’s belly settled in the river bed. No fire ensued.

As with the Cactus 1549 flight, the rear of the aircraft suffered most of the damage. But in Garuda Indonesia Flight 421’s case, the higher speed (no flaps) meant that a portion of the floor collapsed. Unfortunately this lead to severe injuries for the two rear cabin crew. One of them later succumbed to her injuries. Twelve passengers and two other cabin crew also suffered injuries. 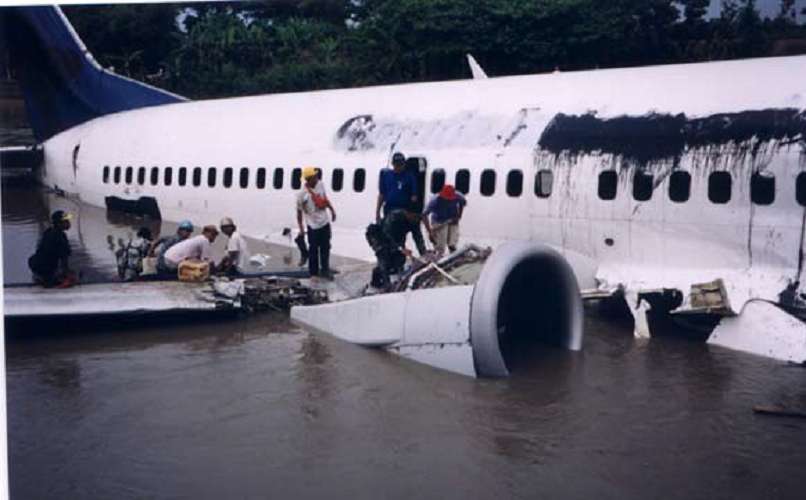 The investigation report on Garuda Indonesia’s Flight 421 criticises some of the actions of the crew, and their training. It also criticises maintenance, for the poor state of the aircraft’s battery. Better radar training, keeping higher power settings on the engines and amending procedures for dual engine restart, were some of the recommendations. Giving the airports better weather radar and coordinating with military authorities were also among the recommendations. The latter was because the pilots apparently avoided an alternative course with better weather, to stay out of a military restricted area. 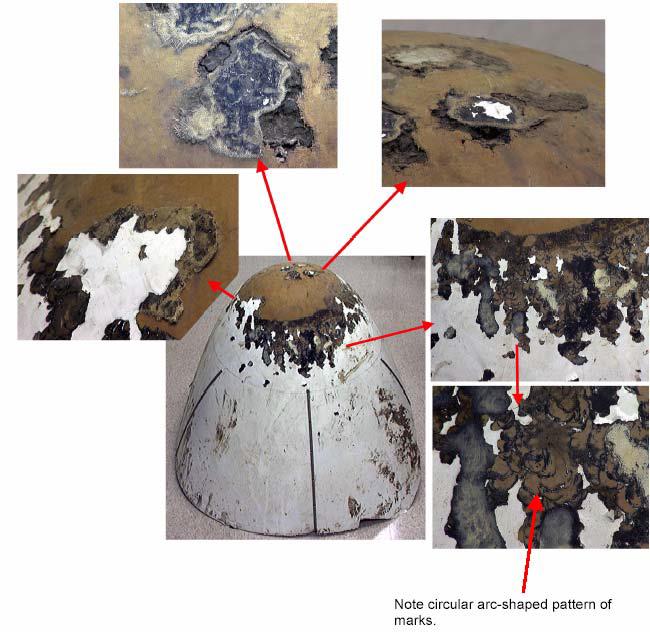 A picture showing the hail damage to the nosecone. And all this stuff went into the engines as well. Picture is from the investigation report

All of these recommendations, along with engine modifications to withstand higher levels of water ingestion, eventually made it to future aircraft and training. It’s worth pointing out that another case of dual flame out from water/hail ingestion preceded this accident. TACA Flight 110 had happened 14 years before the Garuda Indonesia 421 Flight. Garuda’s engines had received modifications that should have allowed them to restart, with the proper procedures.

But the fact that this Garuda Indonesia crew were able to land their Boeing 737, in a shallow river, with no flaps or power for their controls, was an amazing feat. By then, the crew would most likely have to control their 737 in manual reversion, i.e. with only their muscle power. To do so and keep it in one piece in the water, with no flaps, and manual trim, is remarkable. It really shows how resilient these aircraft are. Seven years (minus a day) later, Cactus 1549 in New York proved that point in the Hudson river. And not for the last time, either.