The crew of an Airbus A320 had to land with their nose gear rotated 90 degrees, in what seems to be a recurring issue for this aircraft type. 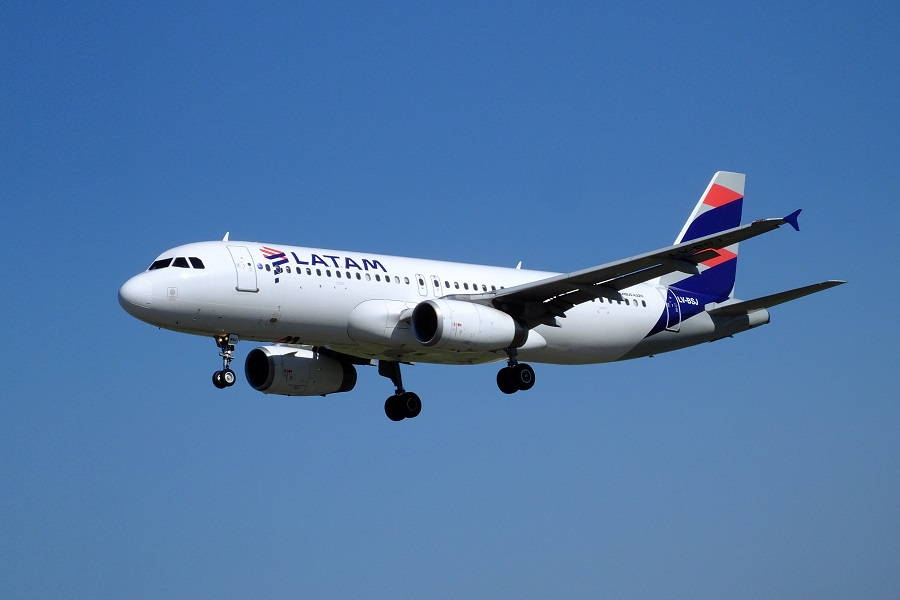 It is an annoying but rare issue. Thankfully, the few times it has happened, there were no reports of injuries. This incident took place on Tuesday, the 29th of March. It involved LATAM flight LA-4292, a regular domestic service in Colombia. It is from Medellin Jose Maria Cordova International (SKRG), to Cartagena Rafael Nunez International (SKCG).

Before the rotated nose gear incident, it seems that technicians were inspecting this A320, for some time. This observation came from passengers. Unfortunately, we don’t know what the technicians were inspecting. However, the aircraft departed with a delay of approximately three and a half hours. Its crew eventually lined up with runway 01 at Medellin, at 2:33 pm. There were 147 people on board the flight. 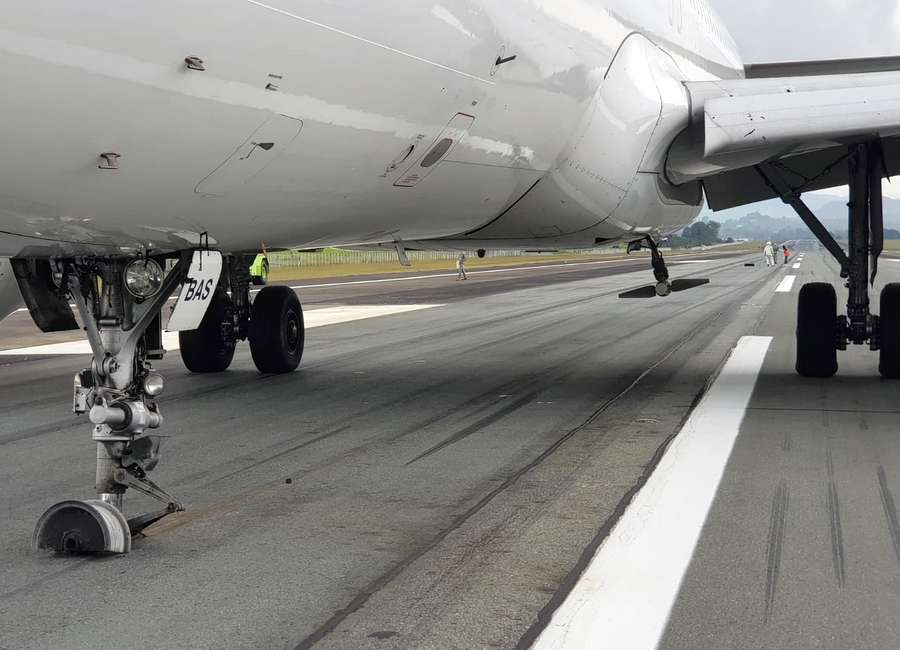 After the incident. Note the Ram Air Turbine (RAT) Photo: @AerocivilCol via Twitter

The takeoff and climb out were normal. However, the crew reportedly got indications of a fault with its nose gear steering. They stopped their climb at 13,000 feet. We don’t know if the crew raised the aircraft’s gear. But they eventually decided to bring back their A320 to Medellin, to land with a rotated nose gear. Before this, the crew spent about half an hour in a hold, burning fuel and going through their checklists. 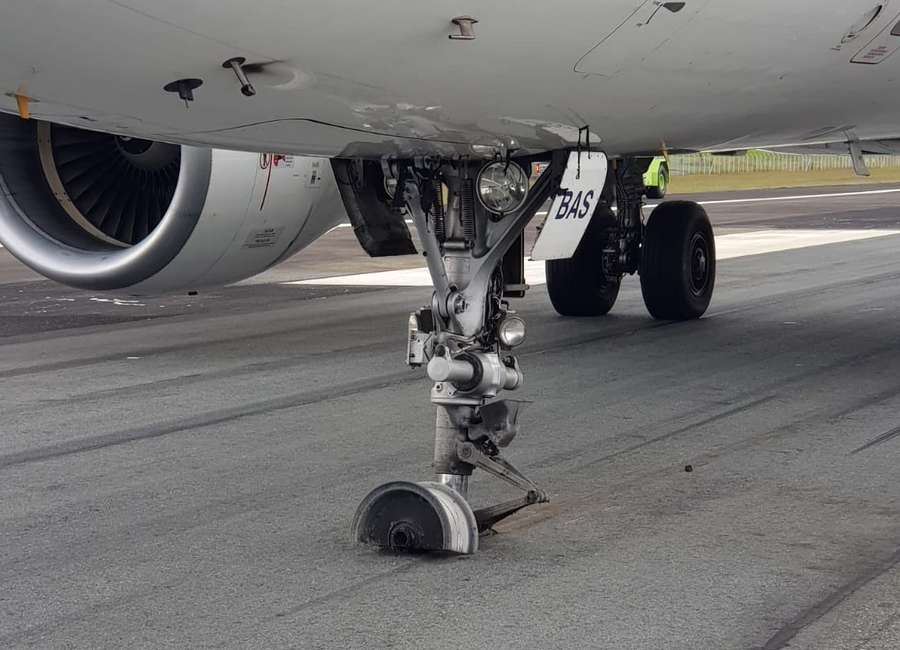 The LATAM crew set up an approach back to runway 01. This runway (01/19) is the only available runway in Medellin, an airport with an elevation of over 7,000 feet. The crew had declared an emergency, so airport fire and rescue crews were waiting for them. And at approximately 45 minutes after taking off, the LATAM crew landed their A320, with its rotated nose gear.

The pilots held the aircraft’s nose off the ground as long as practicable. This is a delicate manoeuvre. Pilots have to ensure that they don’t hold up the nose too long. If they do, they risk running out of elevator authority as the plane slows down. And this could result in them dropping the nose gear too suddenly. In this case, the pilots stopped the aircraft safely, on the runway centreline.

Its rotated nose gear meant that the A320 was stuck on the runway after the incident. According to reports, the crew did not use the emergency slides, to evacuate the aircraft. Onboard videos show that the event shook the passengers, but that they did not panic. There were no injuries. There have been instances of uncommanded evacuations in similar incidents in the past. But here it appears that the cabin crew briefed the passengers, who remained in their seats.

However, the airport had to close for several hours, while crews worked on moving the A320 with the rotated nose gear. This aircraft is a ten and a half-year-old Airbus A320-214, with tail number CC-BAS. It used to be part of LAN’s fleet until 2016, when this airline merged with TAM, to become LATAM. 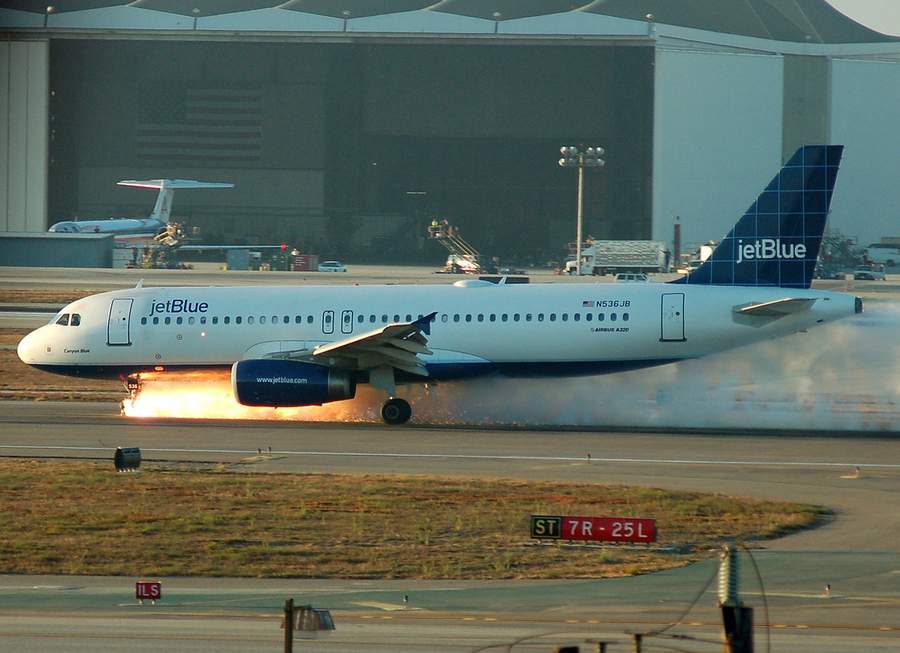 There have been a number of incidents involving aircraft of the A320 family, landing with rotated landing gear. The previous one we know of happened in March 2021. And there was another one in January before that. Arguably, the most famous such incident took place in 2005 at KLAX, USA, involving a JetBlue A320. But this was only the second such event. The first had taken place six years earlier.