Several Azul passengers suffered injuries, following an aborted takeoff and evacuation. But the circumstances of the evacuation are unclear.

The accident happened on Thursday, the 25th of November, involving flight Azul Linhas Aereas flight AD-2751. This would fly from Cuiaba Marechal Rondon International (SBCY) to Sao Paulo Guarulhos International (SBGR) in Brazil. There were 132 people aboard the aircraft, an Airbus A320neo. This would be a flight lasting roughly three hours. 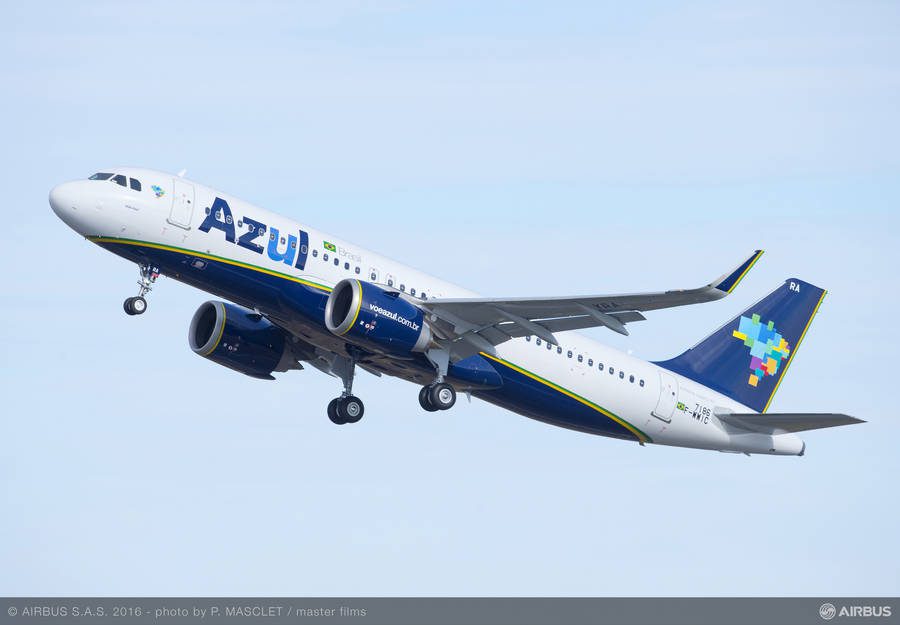 But the flight wouldn’t take off. The aircraft lined up with runway 35 and began to accelerate. However, the crew rejected their takeoff, at about 88 knots (ground speed). Later, the airline would explain that this was due to a hydraulic fault indication. Obviously, this is not the sort of event that we would expect to result in an evacuation or injuries.

The Airbus decelerated uneventfully, coming to a stop approximately 730 metres (~2,400 feet) from the runway threshold. We don’t know the severity of the hydraulic fault that prompted the rejected takeoff. But it seems that the problem began after the aircraft stopped. According to reports, a passenger started the evacuation and they or someone close behind them, suffered a fractured leg, among other injuries. 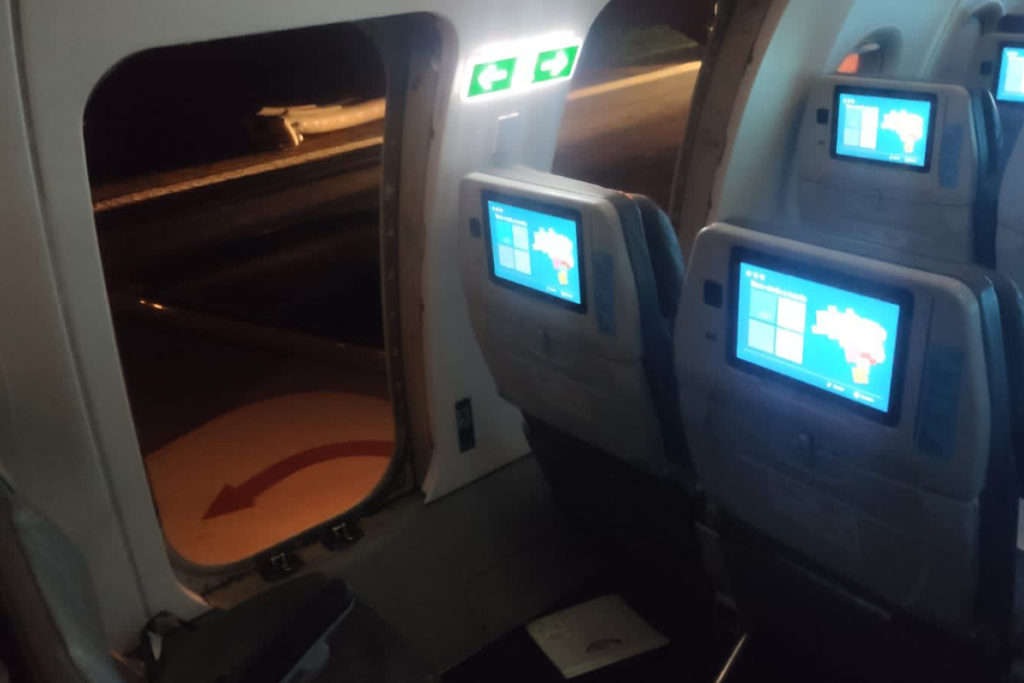 Panic Leads To Evacuation And Injuries

By all accounts, the event involved a degree of panic. The rejected takeoff happened just after 6 am. Still in the dark, it appears that a passenger mistook the red light of the rotating beacons for flashes of fire. The passenger shouted “Fire!” before opening an emergency exit. But the uncommanded nature of the evacuation immediately caused problems, leading to these injuries.

When the pilots initiate an evacuation, they first shut down the aircraft’s engines. This is to ensure that the evacuating passengers aren’t in danger from these engines. And it also ensures the safe deployment of the evacuation slides. On this occasion, the evacuation led to injuries because the working engines blew one or more slides aside, or away. So some passengers actually jumped off the aircraft without a slide. 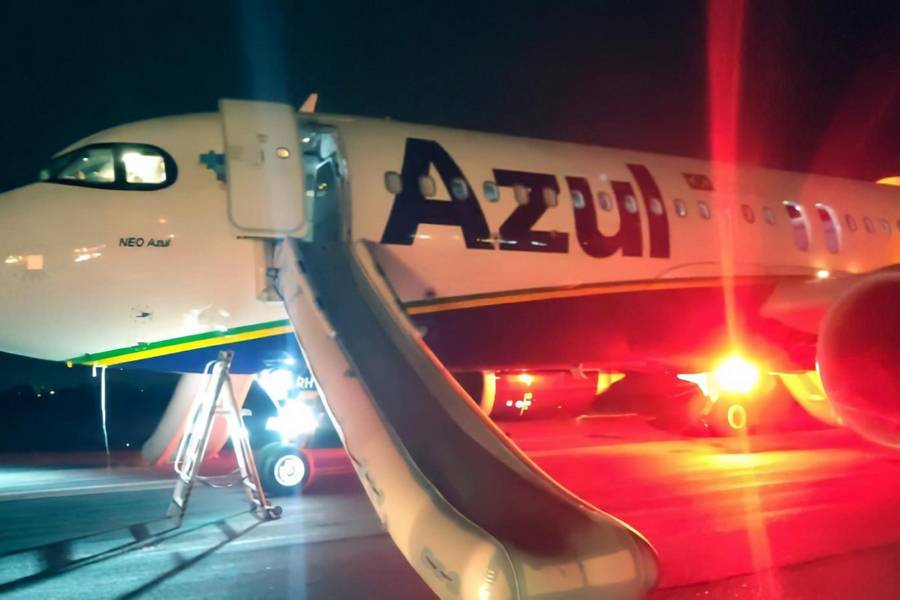 Realizing what was happening behind them, the pilots shut down their engines and instructed the cabin crew to open the rest of the doors. Then the evacuation could continue for the remaining passengers, without any more injuries. In total, one passenger suffered a broken leg and eight others got lighter injuries.

Ground crews towed the aircraft back to the apron, about an hour and forty minutes after the accident. It is an Airbus A320-251N (neo), with tail number PR-YRH. Azul took delivery of the jet in March 2017. As of this writing, the aircraft has not returned to service since the accident.