An Emirates Boeing 777-300ER was damaged at Manilla airport in the Phillipines, after a jetbridge malfunctioned at the airport.

The forward-port (Front-Left in non aviation speech) door of the Emirates Boeing triple seven was nearly ripped off by a jetway at Ninoy Aquino International Airport in Manilla. 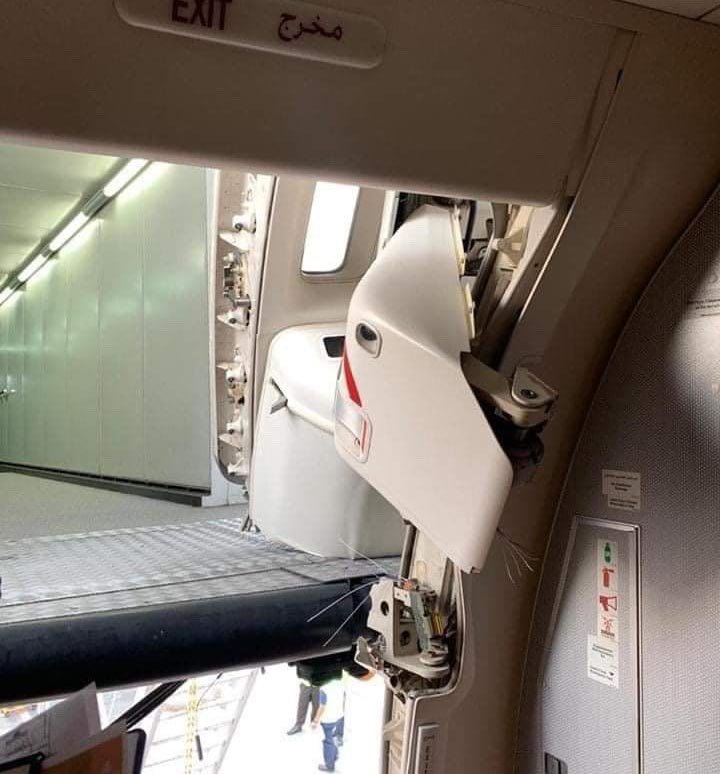 The Boeing 777-300ER, registration A6-ENN, was delivered to the airline back in February 2014 and is currently 6.5 years old. After a short spell of maintenance the door will be fixed and the aircraft re-entered into service.

We will update this story as we relieve more information.