A mid-air collision between a Key Lime Air Metroliner and a private Cirrus SR-22 ended with no injuries, despite the damage to both planes!

As a rule, accidents involving mid-air collisions don’t end well, for most or all involved. Incredibly, this case is an exception, due to some unusual circumstances… and a bit of good luck. The accident happened on the 12th of May, in Colorado, USA. The Key Lime Air Metroliner had only one pilot on board. It was performing a cargo-only flight, number KG-970 from Salida (KANK) to Denver Centennial (KAPA) in Colorado. 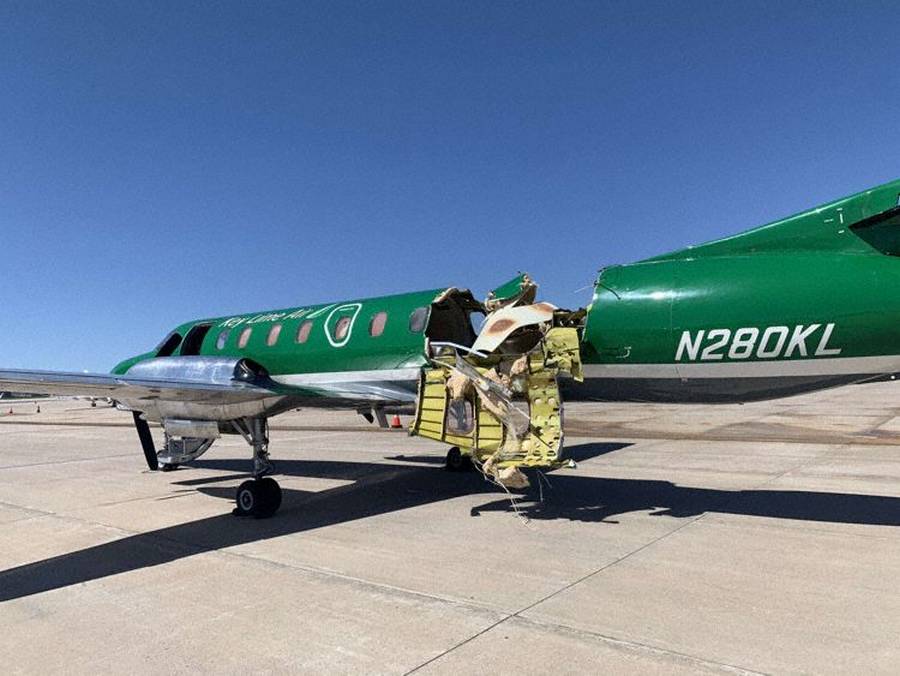 The two aircraft had their mid-air collision as they were attempting to land. ATC had informed both pilots of each other’s presence. They both received clearances to make approaches on two parallel runways. The Metroliner pilot was on a visual approach to runway 17L, descending through 6,400 feet, about 3nm north of 17L’s threshold.

And the Cirrus, with two people on board, was descending through 6,400 feet, on approach to runway 17R, but overshot the turn, going beyond the centerline of runway 17L. In the ensuing mid-air collision, the Cirrus hit the top rear of the Metroliner’s fuselage, also damaging its vertical stabilizer. But fortunately, the Metroliner held together! 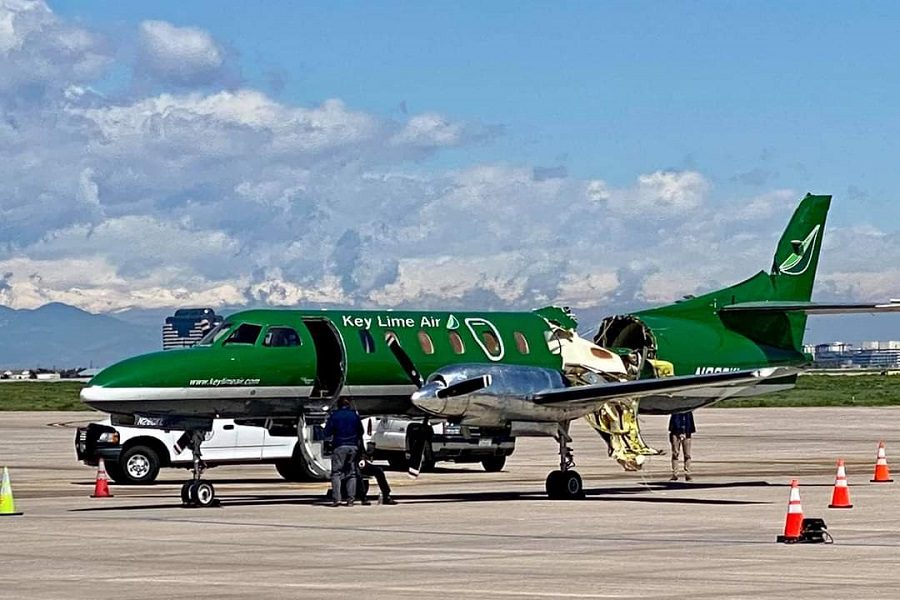 The Metroliner after its collision AND landing! Photo: @CockpitChatter via Twitter

A Mid-Air Collision With No Crashes (sort of)

The Key Lime Air pilot flying the Metroliner declared an emergency, reporting a failed right-hand engine. Plus, the pilot reported that the other aircraft was descending under a canopy! The Metroliner pilot managed to land the stricken aircraft at runway 17L. 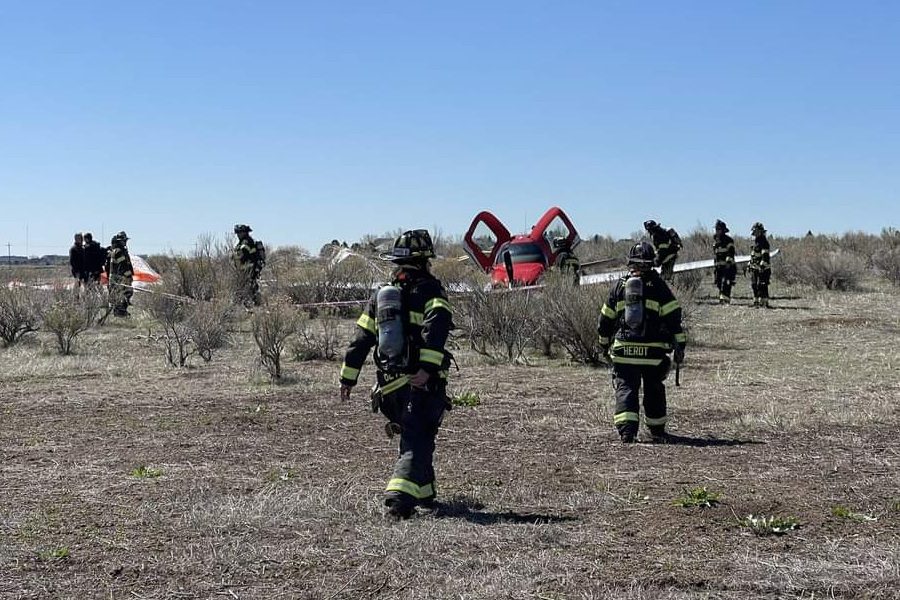 The Cirrus after its landing under canopy. Photo: @CockpitChatter via Twitter

Meanwhile, the Cirrus pilot was using the aircraft’s CAPS. CAPS stands for Cirrus Airframe Parachute System. This is a ballistic chute, from a company called Ballistic Recovery Systems (BRS). It uses a solid-fuel rocket in the rear of the fuselage, which launches the chute upwards. Moreover, the system is designed to recover the aircraft even during a spin, or after substantial structural damage. After using CAPS, the airframe is usually a write-off after impacting the ground hard… but who cares.

In this mid-air collision, the CAPS apparently worked as advertised. Pictures show the aircraft on the ground, right-side-up, in an empty field. It reportedly ended up approximately 2.7nm before the threshold of runway 17L. Again, there were no injuries in either aircraft, or on the ground. 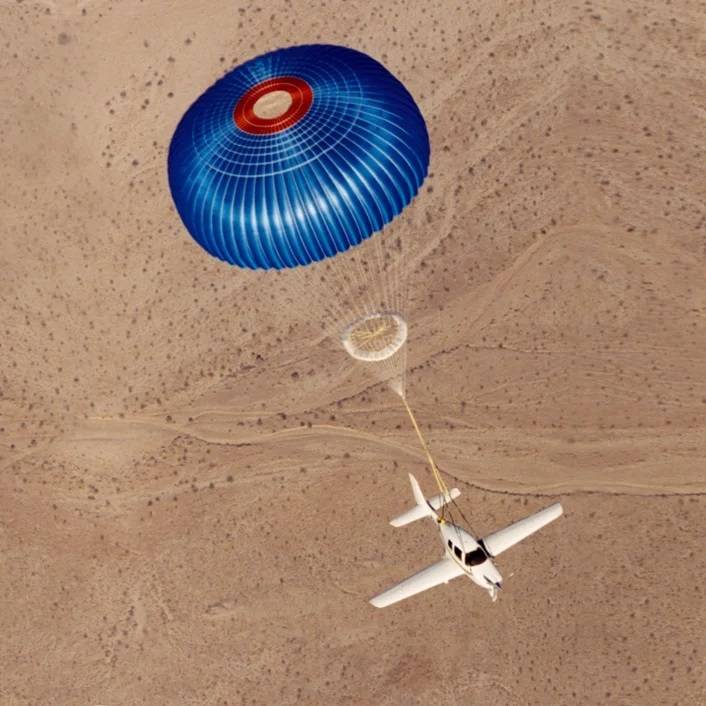 The first aircraft in this mid-air collision is a Swearingen SA226-TC Metro III ‘Metroliner’, with registration N280KL. This aircraft first flew in 1978. The Cirrus is a 2016 SR-22, with registration N416DJ. This aircraft had started its flight at Denver Centennial. Also, local reports state that debris from the impact covered a relatively large area. However, none of the debris went to a neighborhood.

Early reports indicate that the mid-air collision happened in good weather. The time was approximately 11:24am local. The NTSB reported that they will be travelling to the scene, to investigate the accident.