Single-Pilot Cargo Aircraft – Are They Coming? When?

Many believe that single-pilot aircraft will come eventually and that the first such application will involve cargo. But is it that simple?

It seems like an inevitable progression. Previously, flight crews consisted of two pilots and a flight engineer. Even before that, many planes (some still flying) also had a navigator, often doubling as a radio operator. Some military planes may still use a third cockpit member with some of these roles. But commercial aviation has now standardized on two-pilot operations. And for many, it’s a matter of time before we move to the next step. 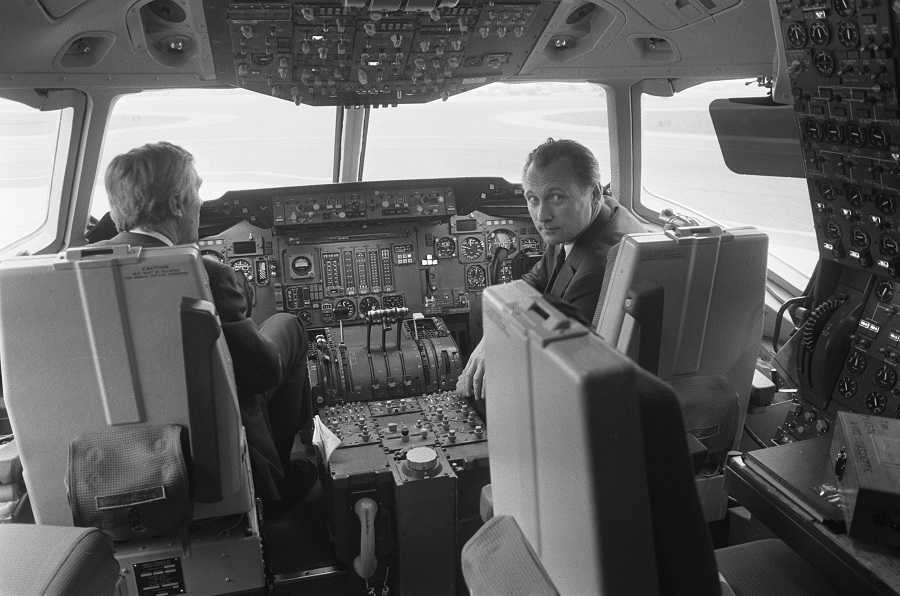 A DC-10 cockpit, complete with a seat for a Flight Engineer

Except of course that strictly speaking, single-pilot commercial aircraft already exist, carrying both passengers and cargo. But these are obviously smaller, simpler aircraft. There is a lot of speculation here, but some expect to see a relaxation of the rules for single-pilot planes, in terms of size. So in this scenario, these aircraft will gradually get bigger.

But this isn’t what we actually see from manufacturers. Airbus is working with some airlines to explore the possibility of single-pilot long-haul operations. This will involve jets like the A350, Airbus’ newest aircraft type. Interestingly, some airlines are reluctant to say that they will adopt this technology. This is why many expect the first single-pilot aircraft operations to involve cargo. Freight is much less sceptical than passengers. 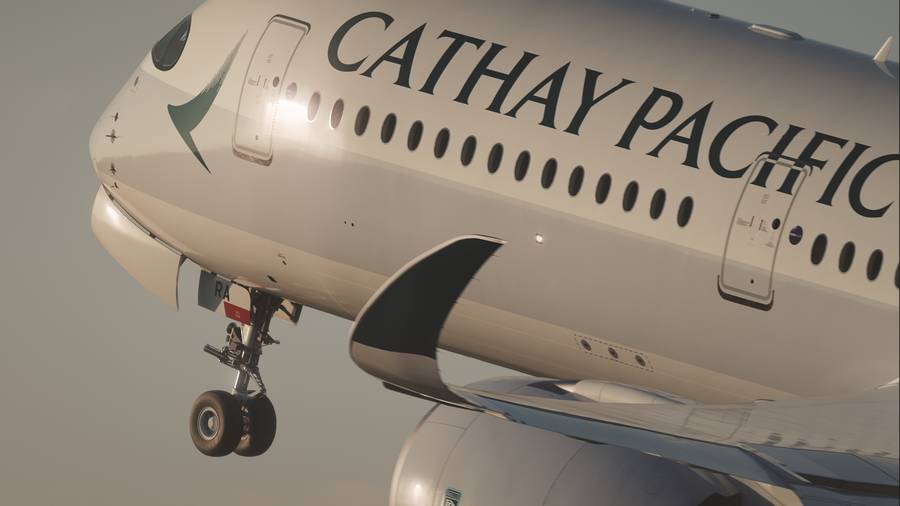 Passengers, Cargo And The Meaning Of “Single-Pilot”

But before we look into its cargo and/or passenger applications, we need to see what “single-pilot” really means. Or what it doesn’t mean. Airbus calls these “reduced crew” long-haul operations. Normally, such operations would include one or two extra relief pilots, taking turns in the cockpit. This is what is happening today.

With the new system, there will be two pilots on board. And once the aircraft reaches cruise altitude, one pilot will go to a rest area, the other flying the plane. This will involve more changes, including some… eminently practical matters, like toilet arrangements.

The Airbus A350 “FlightLab”. Image: Airbus

This “reduced crew” concept got in the news in mid-June. Then a month and a bit later, Airbus confirmed plans for an A350 freighter. Some put two and two together, predicting that this A350 cargo variant could have single-pilot (or “reduced crew”) capability. Airbus also used its A350 ‘FlightLab’ test-bed for its ‘ATTOL’ program. This increases automation during sensitive phases of flight. However, these single-pilot cargo or passenger planes will have two people in the cockpit at those times.

So, is this it? Can we expect all future cargo planes to be single-pilot capable, one way or another? The answer is a bit more complicated than that. In essence, it has to do with the way cargo airlines buy and use their aircraft. We discussed this at length, in an article explaining how/why/when it makes sense to use older planes for cargo.

Why Bother With Single-Pilot Cargo Planes?

But first, something that may seem obvious. The reason a passenger or cargo airline would consider single-pilot operations is to reduce running costs. Having fewer crew members means fewer salaries, plus smaller hotel bills during layovers. Something else that airlines will do to reduce running costs (and operational costs), is buying new planes. Typically, younger jets burn less fuel and need less maintenance.

But younger jets are much more expensive. This puts a huge dent in start-up costs. So let’s imagine we are starting a new cargo airline, and weighing our options, including single-pilot operations. As before, let’s assume that our friendly investors can arrange new widebody freighters, for around $120 million each. Or, we could go for a similarly-sized 15-18-year-old passenger-to-freighter conversion. 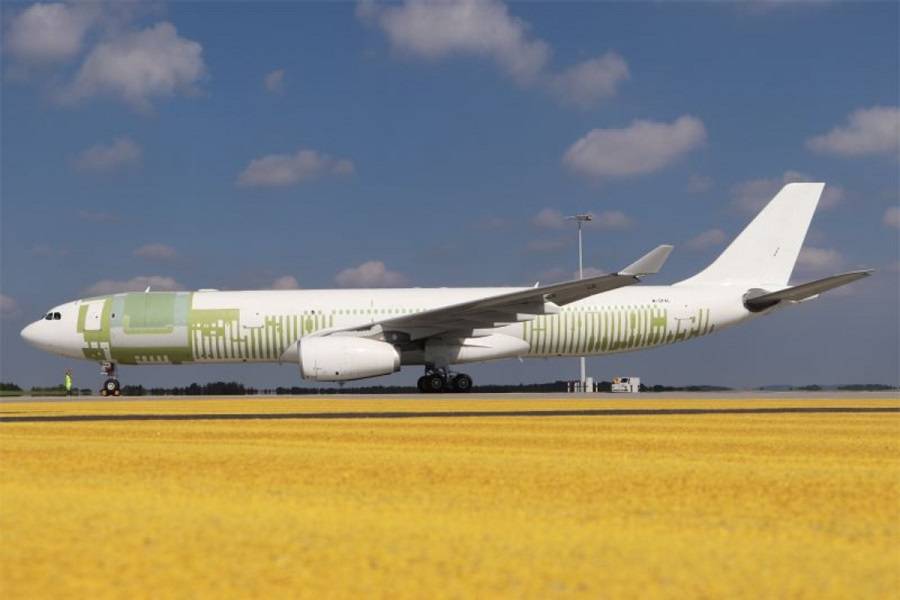 The youngest ever EFW P2F conversion, an A330-300 a bit less than 8-years-old. Photo: Elbe Flugzeugwerke GmbH

Complete with its seats and passenger windows, let’s assume this used airliner costs around $15-20 million. Note that in the real world these numbers can vary a lot, especially now – and they’re getting lower. The actual conversion process will cost a similar amount. But obviously, these converted cargo jets can’t do single-pilot operations – for the foreseeable future.

So the salary of the extra pilot will have to count against the older converted freighter. But that’s assuming that our new single-pilot capable cargo planes don’t cost even more. Also, bear in mind that we’re not reducing our pilot costs by half! We are going from three pilots (two plus a relief pilot) down to two, NOT from two to one. 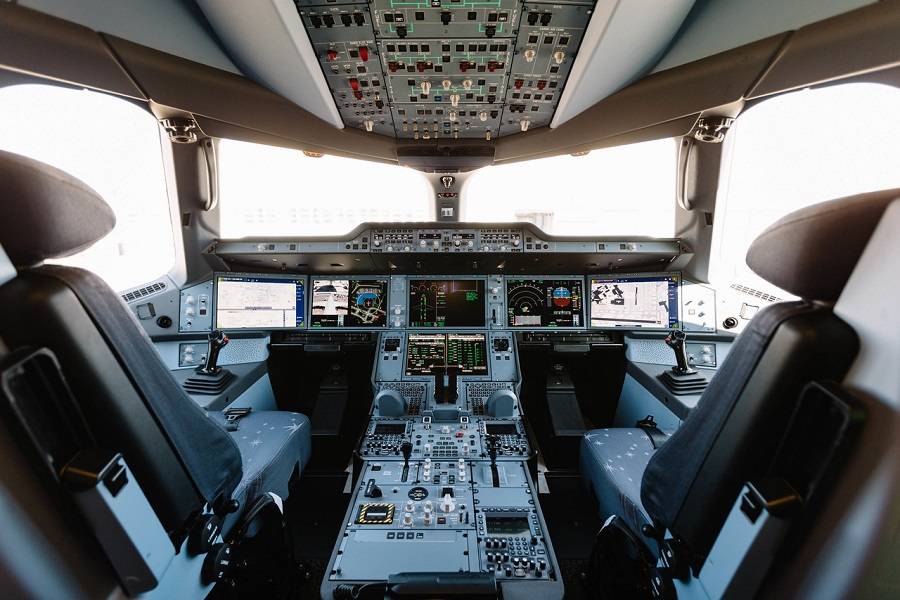 Utilization And Adaptation Of Other Designs

Again, the cargo conversion will cost around one third to one quarter as much as a brand new “single-pilot” freighter. So is a one-third reduction in salaries and hotel bills worth that? The answer will depend, in part, on how much we are going to fly this plane, as a company. Established cargo operators, with well-sorted networks, will get more hours out of their jets per month. But this isn’t the case for a lot of smaller operators, including startups.

The key factor here is whether or not it will be possible to make existing cargo and passenger jets capable of “single-pilot” (reduced crew) operations. At the moment, this doesn’t seem likely, especially if these planes will need different toilets and other arrangements. Also, these aircraft will need to have high levels of automation, to support their single pilot.

And this would make it harder, likely uneconomical, to convert smaller aircraft types to single-pilot cargo use. So the question is this: if Airbus puts a “reduced crew” capable A350F to service in 2026-27, how many will use it? Will there be more types like it? And if so, when will those come?

Airbus reportedly wants 50 orders to launch the type, and Boeing would need something similar for a 777X freighter. But neither of these jets would represent the “bread-and-butter” type of freighter in use today. These would be aircraft the size of a 767, or smaller. And crucially, the launch of these and other freighters always follows the launch of a passenger version, or three. 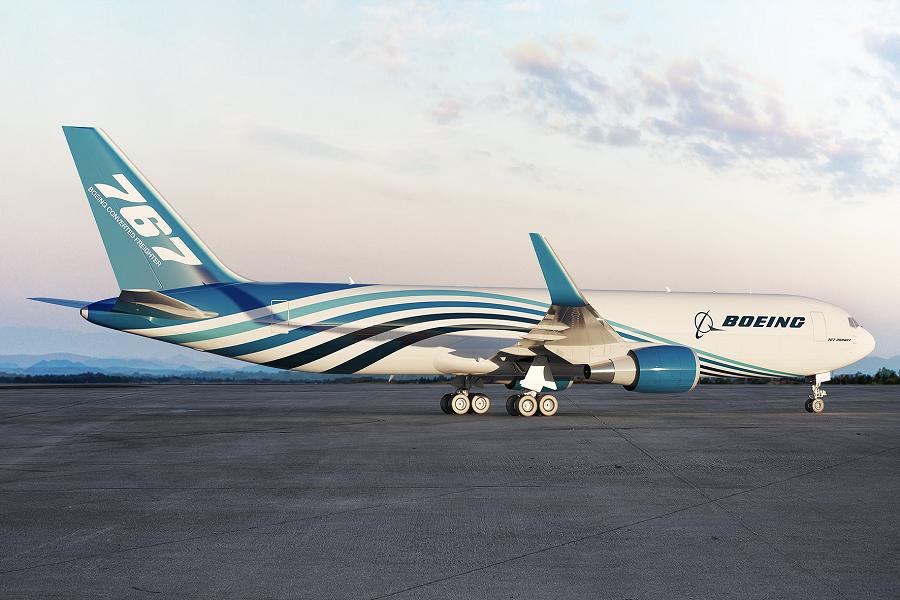 So for single-pilot cargo planes to become the norm, first we need a new, smaller widebody. Boeing could eventually make something in that direction. But it’s not a priority at the moment. Airbus’ plans for something similar reportedly look for a market entry around 2035. Meanwhile, new passenger jets enter service all the time. And by 2035ish, some will be ripe for conversion to freighters. With two pilots.

So even if popular mid-size airliners become single-pilot capable around 2035, they will still face cargo competition from current designs. Again – for many cargo operators, there are multiple factors making them favour older aircraft. And this will continue to be the case… to some extent. Emissions regulations could redress this balance. 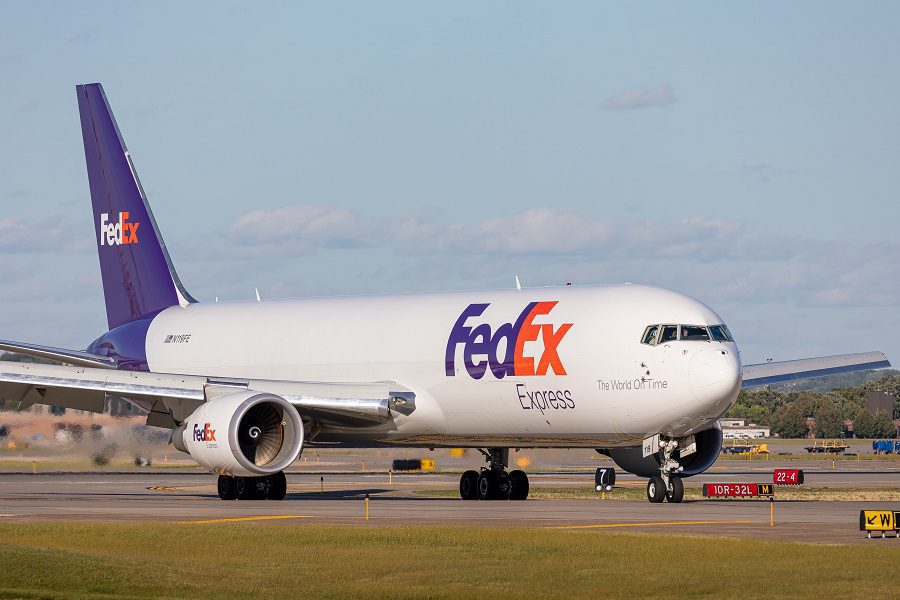 There is much more to all this, of course. We constantly see technological developments, that will be part of making all this possible. Better communications between aircraft and air traffic control systems ease workloads for pilots and controllers. And there are potentially show-stopping safety and security considerations, that we haven’t touched on.

The point is, many see cargo as a path towards single-pilot aircraft operations, believing it to be relatively easy. That’s in terms of acceptance from the public. But while this public acceptance could be the biggest hurdle, air freight is by no means simpler, as a solution. In any case, the first “reduced crew” capable planes could arrive near the end of this decade.

But even if this is the case, it will take at least another decade or more for popular aircraft types to follow suit. And even when they do, dual pilot aircraft won’t simply go away.