In a recurring (?) incident, a Flydubai 737 crew lined up for departure using the wrong taxiway, further along the runway, almost overrunning it!

This incident only happened last Friday, the 18th of February. It involved Flydubai flight FZ-1746. This is a daily service, departing from Belgrade Nikola Tesla Airport (LYBE) in Serbia. Its destination is the airline’s base at Dubai International Airport (OMDB), in the United Arab Emirates. 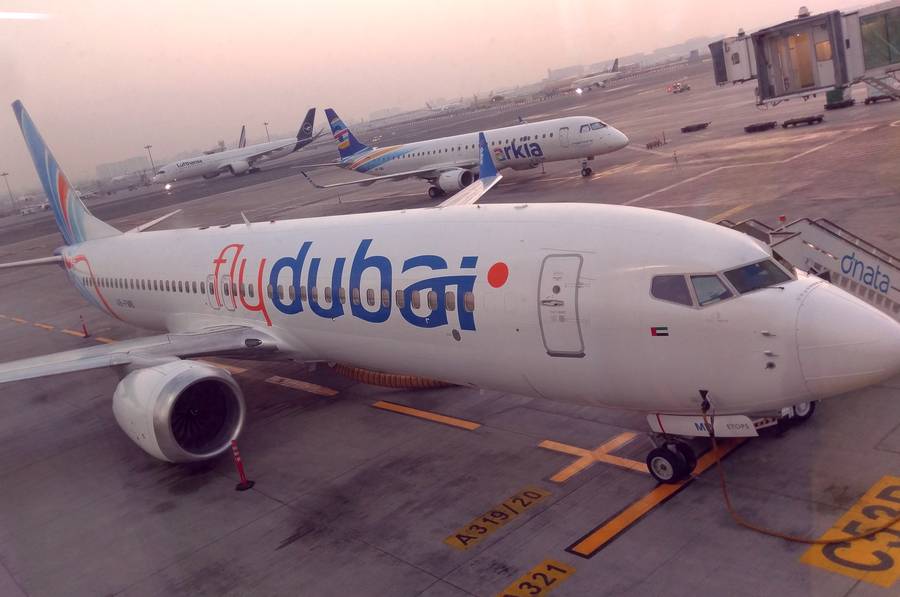 On the day of the incident, the flight of the Flydubai 737 was running about half an hour late. The crew planned to use runway 30. They would taxi onto the runway from taxiway E, which would essentially place them at the runway’s threshold. From there, the crew would have 3,000 metres (9,840 feet) of available runway. If they wished, they could have backtracked on the runway’s displaced threshold, to gain another 300 metres (980 feet).

But in this incident, the Flydubai 737 crew did not enter the runway at taxiway E, as they intended. Instead, they taxied along the parallel taxiway (A) only up to taxiway D. From there, the flight only had 2085 metres (6,840 feet) of available runway. Under the right circumstances, a Boeing 737-8 could take off from this much runway. But its crew would have to do so deliberately and prepare for it accordingly. 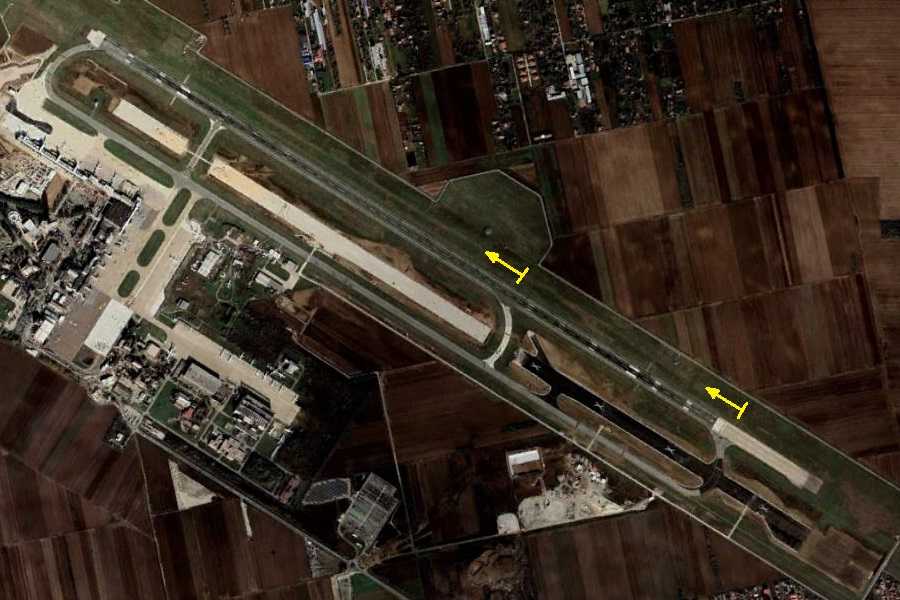 That’s not what the Flydubai 737 crew did, in this incident. To avoid unnecessary wear on their aircraft’s engines, pilots use less power than the maximum available, when this is possible. But they still have to allow for all possible eventualities, like losing an engine on takeoff. In practice, this means that when an aircraft rotates and lifts off, there will be plenty of runway remaining. 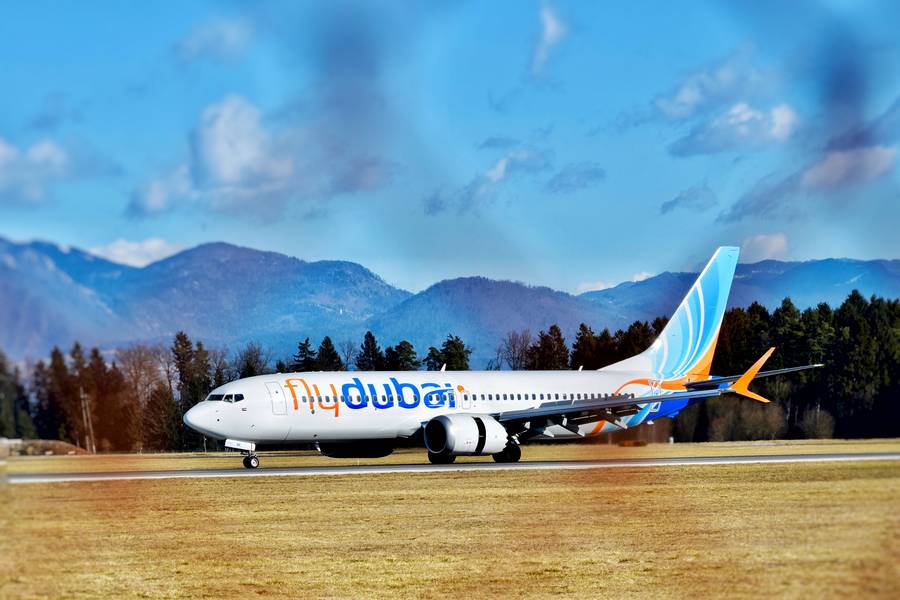 But clearly, the Flydubai 737 crew understood that something went wrong in this incident. So a couple of minutes later, they queried air traffic control about whether they had departed from taxiway E (near the beginning of the runway) or taxiway D, i.e. 915 metres (3,000 feet) further on. The tower responded that they had lined up and departed from taxiway D. Flight tracking websites confirm this.

After their takeoff, the Flydubai crew flew their 737 to their destination, without further incident. At this time, we don’t know if the authorities are investigating it. But this is not the first time that such an event has taken place. A few months ago, we saw a KLM Cityhopper E190 crew make an eerily similar error, in Berlin Brandenburg Airport (EDDB).

Those taxiways in Berlin had rather different layouts. But in Friday’s Flydubai incident, taxiways D and E that the 737 crew confused, are quite similar to each other. Also, it appears that there are substantial construction works in progress in Belgrade. Hopefully, investigators will explore how/if these factors affected the pilots, in this incident. We have also seen other errors, like pilots taking off in the wrong direction (see Mentour video below). Some months back, an A330 crew nearly took off from a taxiway in Newark.

The aircraft in this latest incident is a Flydubai 737-8, with tail number A6-FML. It is just three years old, first flying in March 2019. But the airline only took delivery of it last November, because of the delays in the MAX crisis. So far, Flydubai has taken delivery of 24 737-8s, and 3 737-9s.