INCIDENT: A330 Nearly Takes Off From Taxiway Newark!

In an unusual incident, a Turkish Airlines A330 crew rejected takeoff at Newark, NJ, because they were on a taxiway instead of the runway!

It happened on Saturday the 7th of August (just after midnight), but reports on it first appeared yesterday. The incident involves a Turkish Airlines crew, operating flight TK-30. They were departing from Newark Liberty International (KEWR) in the United States, heading for Istanbul Airport (LTFM) in Turkey. The incident aircraft was an 11-year-old Airbus A330-300, with registration TC-JNI. 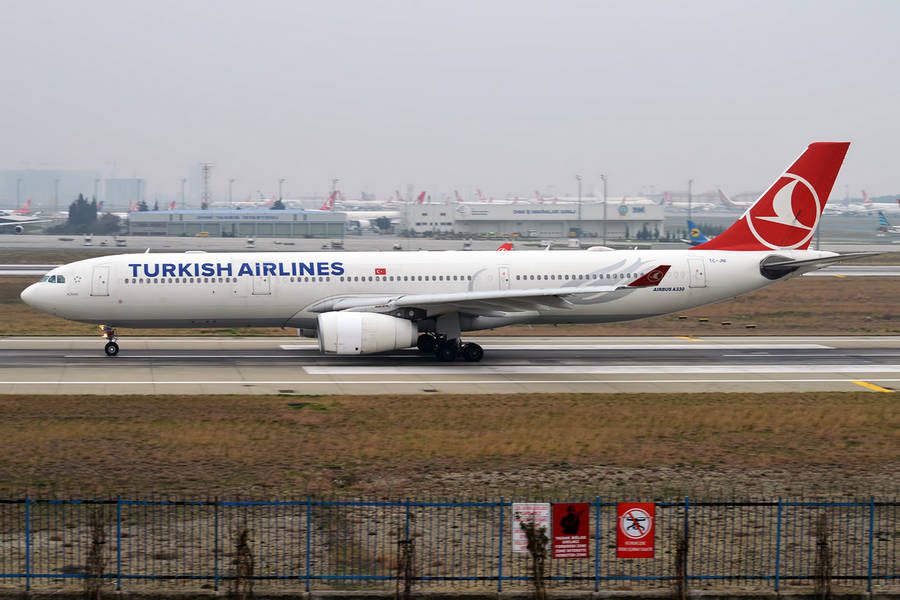 The flight was running a bit late, as it was originally meant to depart before midnight on the 6th. The crew intended to depart from runway 22R. But instead of joining the runway from the very beginning, they would line up to it from an intersection. This would be at taxiway W. ATC cleared the crew for takeoff, as they were entering the runway. But in the incident, the A330 crew crossed runway 22R, and turned into P, a taxiway parallel to 22R. This turn is at the top end of the red line, in the picture below. 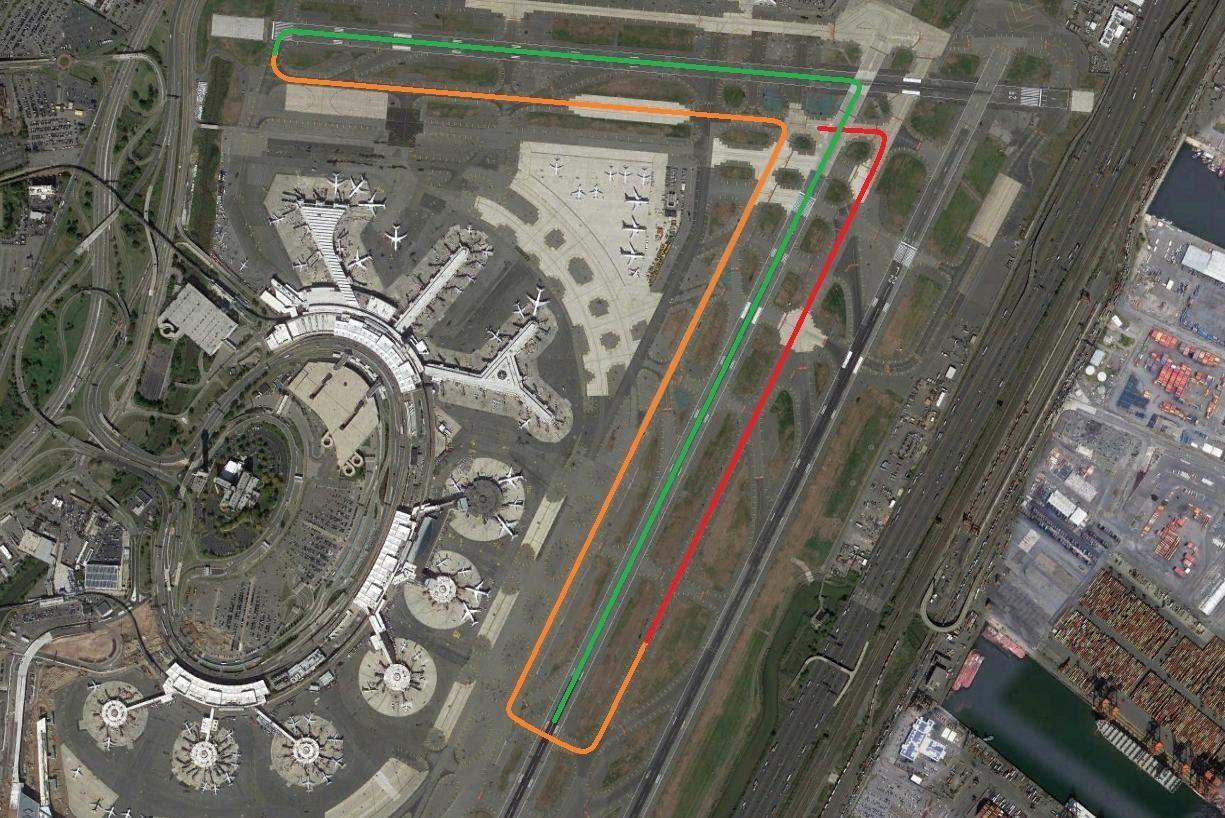 The path the aircraft followed around the airport

Immediately after the incident, the A330 crew turned right on taxiway E, crossing runway 22R again. They turned right onto taxiway B (bottom of orange line, above). But the Turkish Airlines crew couldn’t simply line up for take off again. Because of the rejected take-off in the incident, their A330 now had hot brakes. So ATC had to get them somewhere out of the way, until their brakes had cooled down.

This would take some time, so the crew continued on taxiway B and turned left onto taxiway W. They followed it all the way, until they reached the holding point of runway 11 (top-left end of the orange line). This runway wasn’t in use at this time. The A330 didn’t start moving again until about 45 minutes after the incident. ATC then cleared them onto runway 11, to taxi to and line up with runway 22R. 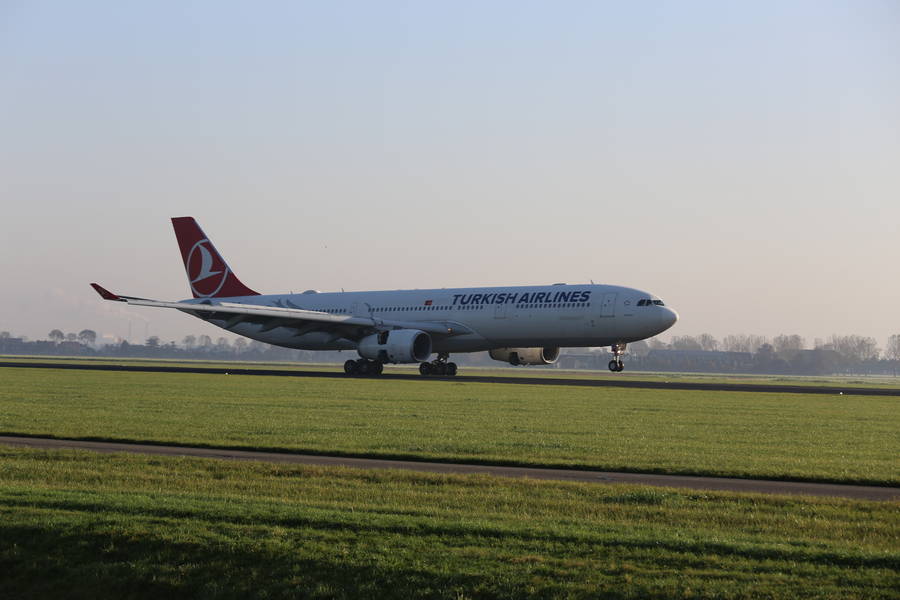 The Turkish Airlines flight departed nearly an hour after rejecting their take-off on taxiway P. The flight reached Istanbul without further incident. Passengers reported that the A330 crew explained the incident as a mechanical problem. They also confirmed that airport emergency services attended the aircraft, after the rejected take-off. These emergency crews remained close to the aircraft during its 45-minute wait. 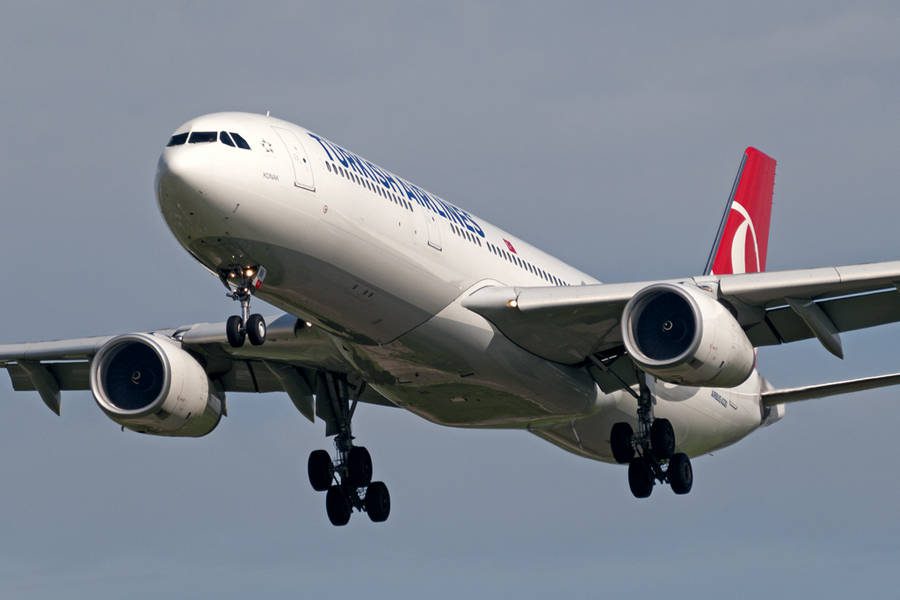 We recently saw another incident, also at Newark, four days after this A330 rejected take-off. This involved a United 787 crew, that damaged a number of taxiway lights, attempting to take a very tight turn. We mentioned that runway 22L/4R is out of service in Newark, which could have influenced that incident.

It isn’t immediately apparent if the runway closure could have affected the Turkish Airlines crew. We would need to know more about how the area around the closed runway, and its lighting. It will be interesting to see if there will be an investigation on this incident.