Several airlines have attempted the low-cost long-haul model with mixed results – but flypop may have the perfect timing, to make it work.

Flypop has been making the rounds in social media for about five years now. But the original idea behind the company goes much further back. CEO Nino Singh Judge has spoken of exploring the idea back in 2003. At the time (and since) British Airways and Air India had direct links between the UK and India. However, these links only involved India’s biggest cities, like New Delhi and Mumbai. 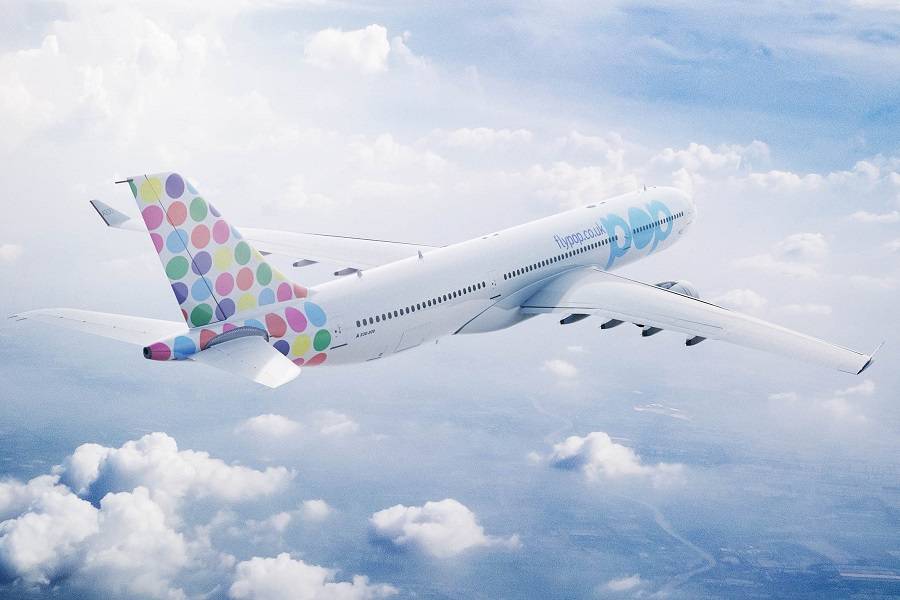 India is a large country with a vast population. But crucially, this population is not congregated solely in a small number of big cities. And a lot of British people today have family links in regions and cities like Amritsar and Ahmedabad. So to visit family and friends, many would need multiple flights – or multi-hour bus or car journeys.

This is the market that Nino Singh Judge and flypop aim to tackle today. But back in 2003 (and for at least a decade) it wasn’t possible, due to air service agreements between the UK and India. These agreements finally changed in the middle of the last decade. And that is when flypop (initially just ‘POP’) started taking shape, initially as a crowd-funding project.

Along the way, Nino Singh Judge worked with Tony Fernandes, then Lotus F1 team boss, but also Air Asia CEO. The operating model of Air Asia X (the group’s low-cost, long-haul branch) in particular, got his attention. So, the plan is for flypop is to operate flights with affordable, seat-only fares. These will fly from the UK to secondary cities in India and elsewhere in south Asia. 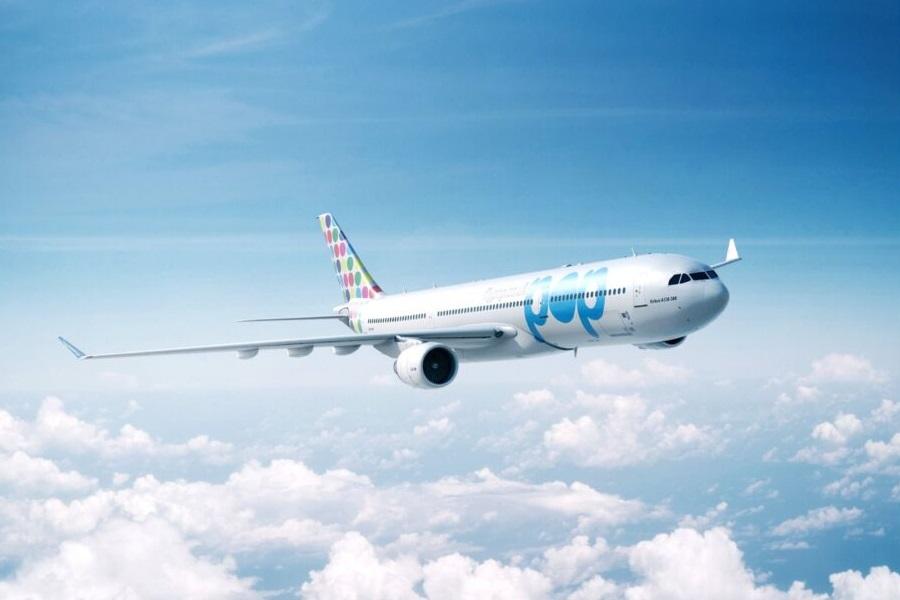 After some delays, the plan was to launch flypop in 2020. Obviously, world events meant that the airline would have to wait a bit longer. However, these events brought some other developments, that the airline is rushing to use to its advantage. The company announced in November that they have funding from the UK Government’s Future Fund. The purpose of the fund is to support innovative and startup businesses that suffered under the COVID-19 pandemic.

On the 1st of July, flypop announced that their UK base will be London Stansted airport (EGSS). This seems like a natural choice for a low-cost carrier. But interestingly, Air India launched flights from Stansted to Amritsar in 2019. However they suspended this along with other flights, in 2020. In any case, Mr. Judge believes there is room for competition in these flights, even if others join in.

From Stansted, flypop intends to fly to Amritsar, Ahmedabad, Kolkata, Pune, Goa and Cochin, in India. Elsewhere in south Asia, they will fly to Sylhet (Bangladesh), Lahore, Islamabad, Sialkot (Pakistan), Colombo (Sri Lanka) and Kathmandu (Nepal). To make these plans a reality, the airline will begin with a small aircraft fleet. 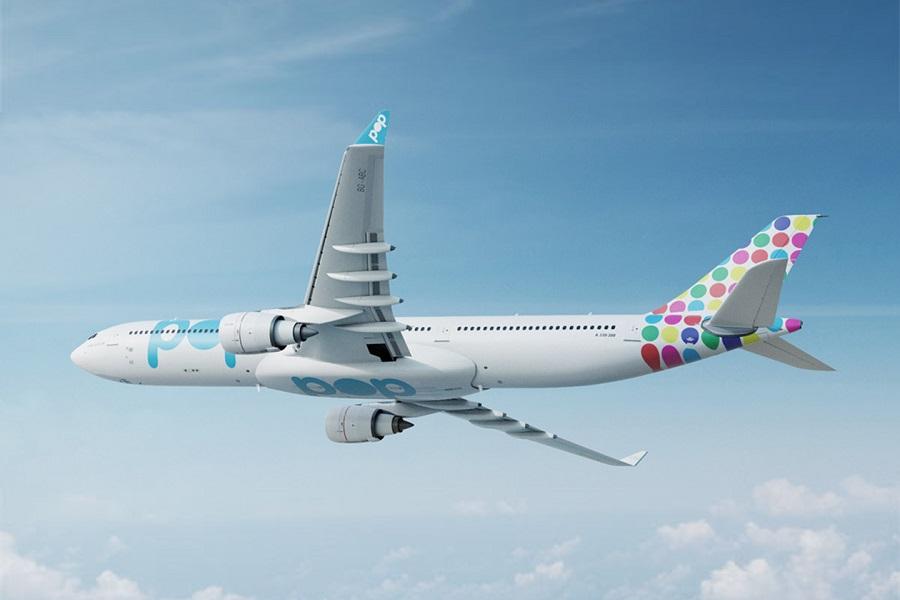 flypop And The Perfect Fleet

Initially, flypop will field only one jet, adding more every few months. The goal is to expand to 10 jets by 2026. And getting a decent fleet is why this could be the perfect time for flypop to start operations. To examine this, we need to look back at how long-haul, low-cost has struggled to succeed in the past.

In general, for low-cost to work, airlines must keep the planes full, and up in the air for as long as possible. Short turnarounds make it possible for planes to perform more or longer flights per day. Aircraft that sit on the ground lose money. And this introduces difficulties, when airlines like flypop try to do low-cost for long-haul. Simply-put, such operations get increasingly complicated when long flights, crossing multiple time zones, come into play. 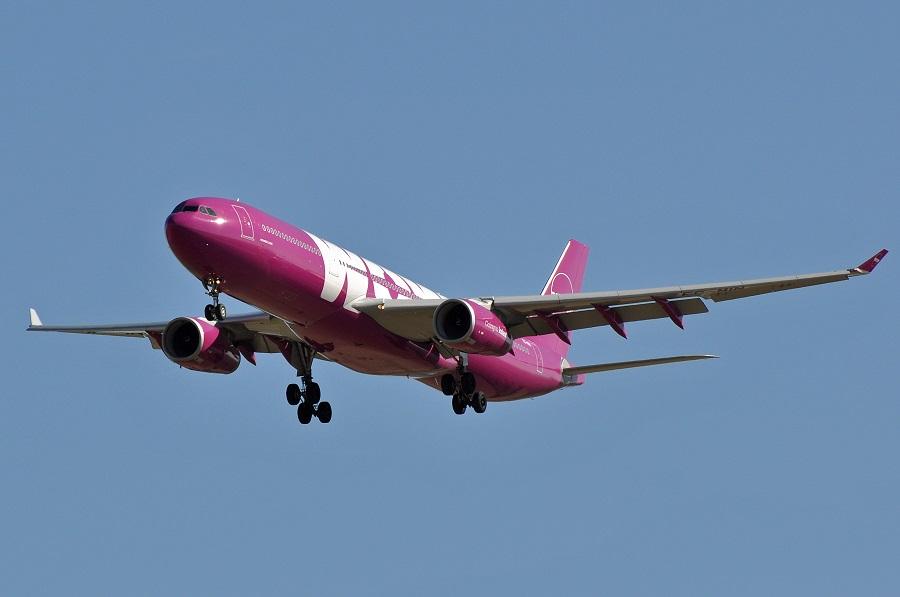 We saw how WOW failed, in large part because they introduced long-haul flights, and a new type of aircraft (Airbus A330) to fly them. Interestingly, flypop will also fly the A330-300. And even more interestingly, the A330-300 could be the perfect post-pandemic widebody, for what flypop is trying to do! This is because so many of these jets were withdrawn from service in the last few months. And as a result, lease rates for them have reached record lows.

flypop has shopped around, for good-condition, affordable A330-300s. And they eventually announced a deal with Avolon, the world’s third largest lessor. At a good price, the airline’s choice means that they could afford to ‘underuse’ their aircraft, if necessary. However it doesn’t look like they intend to. Mr. Judge says that their flights will be no more than 10 hours long. That should make two flights per day possible.

Of course, older jets mean a small hit in efficiency. The airline will have to deal with this with higher occupancy. And interestingly, flypop want to have a carbon-neutral operation. Their way of achieving this will be by joining tree-planting initiatives, in the UK and south Asia.

If everything goes according to plan, the airline expects to get its AOC in time to begin operations in October. flypop have certainly created a buzz around them. And with a lot of interest in low-cost, long-haul around the world, many people will follow progress!

With our thanks to Timothy Neal, for suggesting this article.