737 MAX Returns In Europe – And Elsewhere Too!

TUI Fly became the first operator to put a Boeing 737 MAX back in service in Europe. They beat several European operators, that will soon follow. And more operators in other parts of the world are already making their own plans for the aircraft’s return to service.

It even had the registration to mark the occasion. TUI’s OO-MAX is the first 737 MAX-8 the airline got delivery of in Europe, back in January 2018. Today it performed its first passenger flight in nearly two years. It was flight TB1011, from Brussels, Belgium, to Malaga, Spain. Of course it had previously made test flights, most recently two days ago.

TUI’s 737 MAX capped off the type’s return to service in Europe by performing two more flights. Those were from Malaga to Alicante and Alicante back to Brussels. The TUI Airways group has five more MAX aircraft, that will return to service soon. They also have orders for three more from Boeing. And finally, they are expecting delivery of fourteen MAX-10s, from 2023 or 2024.

Many in Europe and elsewhere have been wondering how the public will react to the 737 MAX entering service. Various critics have raised questions about the aircraft’s return, at times. But it seems that European passengers reacted to this flight the same way as elsewhere. It was a mix of indifference with enthusiasm. Tui’s Piet Demeyere explained:

“One aircraft is flying today. The others will take to the sky in coming days. We informed all passengers last Monday. Either there was no response or people were highly enthusiastic. Nobody asked to cancel or rebook. The measures taken were very strict. We are convinced this is the safest craft.”

Earlier this winter we were unsure about who would return the 737 MAX to service first, in the Americas. It was between GOL in Brazil, and American Airlines, and GOL ‘won’ – and American actually came third. Today we saw that TUI ‘won’ the race on the east side of the Atlantic. With EASA in Europe releasing the 737 MAX to service in January, the road was clear for European carriers. And in Europe’s case, the race was a bit closer. 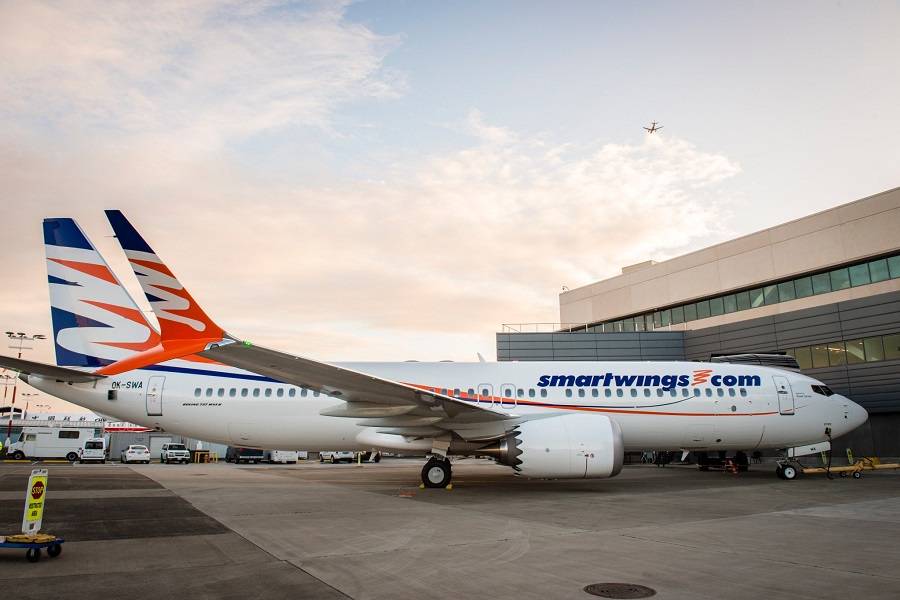 Next in line is Smartwings. They’re also flying to Spain, this time Palma de Mallorca, from Prague. The airline has taken delivery of seven MAX-8 models. And they have orders for eleven more. Their first MAX flight will be on the 25th, so just eight days after TUI’s re-launch of the 737 MAX in Europe. And only five days before Norwegian, the next airline to fly the jet.

Norwegian is anxious to fly its 737 MAX aircraft in Europe. The airline faced a multitude of trouble in recent years. The timing of the grounding of the MAX was a large part of that troubling sequence. Norwegian eventually canceled further orders of the jet, but still has several, awaiting return to service. We also saw that the airline will severely limit its operations and the numbers of its aircraft, in its restructuring.

Moreover, some wondered if Norwegian would stick only to its 737NGs. They won’t. The airline already has 18 737 MAX jets, in Europe. They already abandoned their long-haul flights, and the Dreamliners used in that role. So, with their attempts at becoming as efficient as possible, flying the 15% more efficient MAX should be a priority. And looking at their upcoming flights, that seems to be the case.

Norwegian will mark the return of the 737 MAX both with domestic flights and with routes elsewhere in Europe. On the 1st of March, the airline will fly not one but two 737 MAX-8 jets. They will both operate from Oslo, one going to Stockholm Arlanda, the other to Hamburg, Germany. Many more flights from Oslo and Stockholm will follow soon afterwards.

And a week later, Icelandair joins the fray. The airline will restart 737 MAX flights on the 8th, both in Europe and to the US. Iceland is not in the EU, but the country cooperates with the Union in a number of ways. One of them is that it is under EASA’s authority, when it comes to aviation. Like others, the airline has been preparing for the return of the jet to service. They have been de-conserving stored aircraft and ferrying them back to Reykjavik.

Icelandair had always planned to replace its work-horse 757 fleet with these new Boeings. They had four MAX-8s and one MAX-9 when the grounding took place. They have more orders of five and six respectively. The airline is uniquely placed in Europe, to put its 737 MAX fleet in service between the two continents. The switch from the 757s will be a substantial jump in efficiency.

Not Just Europe – Other 737 MAX Returnees

Europe wasn’t the only place were we had 737 MAX news today. The United Arab Emirates civil aviation authority also approved the aircraft to return to service. We don’t yet know whether the measures the UAE authority follow EASA’s or the FAA’s position, where the two differ. Saif al-Suwaidi, director general of the UAE’s General Civil Aviation Authority, said:

“Lifting the ban on the plane is a result of intensive efforts by the authority’s technical committee which evaluated all the technical requirements from the U.S. Federal Aviation Administration, Boeing and the European Aviation Safety Agency.”

The news is great for flydubai. The airline already has 11 MAX-8 and 3 MAX-9 aircraft. But it also has orders for 195 more of those, plus another 50 for MAX-10s! The airline has an all-Boeing 737 fleet, so it will deploy its MAX aircraft throughout its network in Asia, Europe and Africa.

We already saw that some airlines are waiting for the worldwide MAX fleet to fly for some time, before they join in. These include Ethiopian, for obvious reasons. But it’s also the strategy of big names, like Southwest in the US. Of course the pandemic and other operational reasons mean that some airlines are in a hurry, while others aren’t. In any case, the return of the 737 MAX to service in Europe is, for some, a big step in its public acceptance.

China’s stance will be the next, really BIG step.