What’s Going On With The Doors Of The Airbus A321?

Its length is the same, so why has Airbus changed the layout of the doors in some newer A321 aircraft? For a good reason, as it turns out!

The devil is in the details, they say. When we see new versions of aircraft we tend to notice the big stuff. These can be more powerful engines, maybe a new winglet design, or a tailcone (in the MAX!). Or maybe we’ll mull over new seats, seat-back entertainment and the all-important (…) WiFi. But what about the doors we walked through, to get in the plane in the first place? 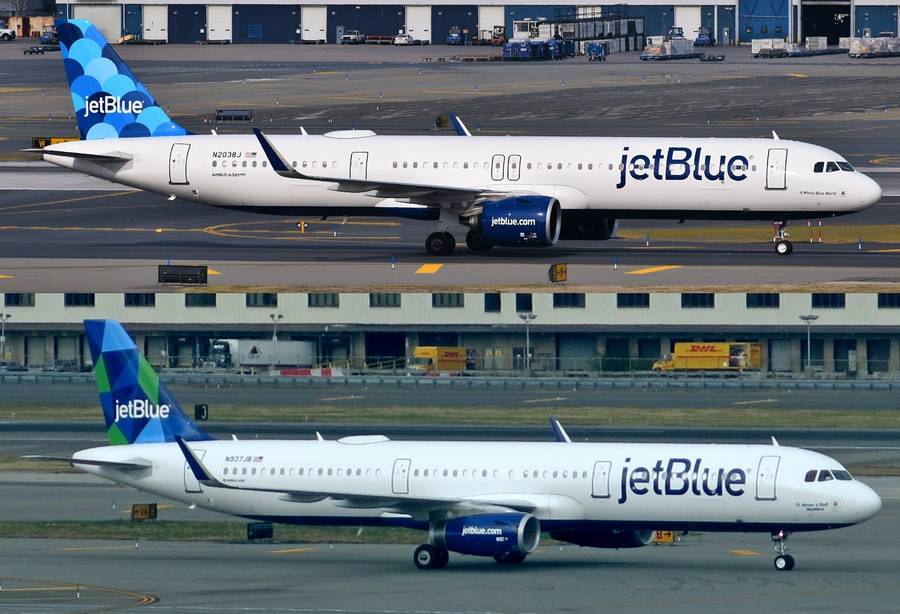 OK the changes in the doors of the A321 we will look at here, don’t really affect the doors we’re likely to use. But they are still quite important, for us AND the airline. However, other than a quick glance at the safety card in our seat pocked, most of us don’t really think of these things. But perhaps we should.

The A321 is the largest (for now?) member of Airbus’ A320 single-aisle family. In its original guise, the plane would typically seat around 200 people. This number could vary considerably, depending on the airline and the number and type of available seat classes. The exit configuration of the A321 was quite straight-forward: it had four doors on either side. 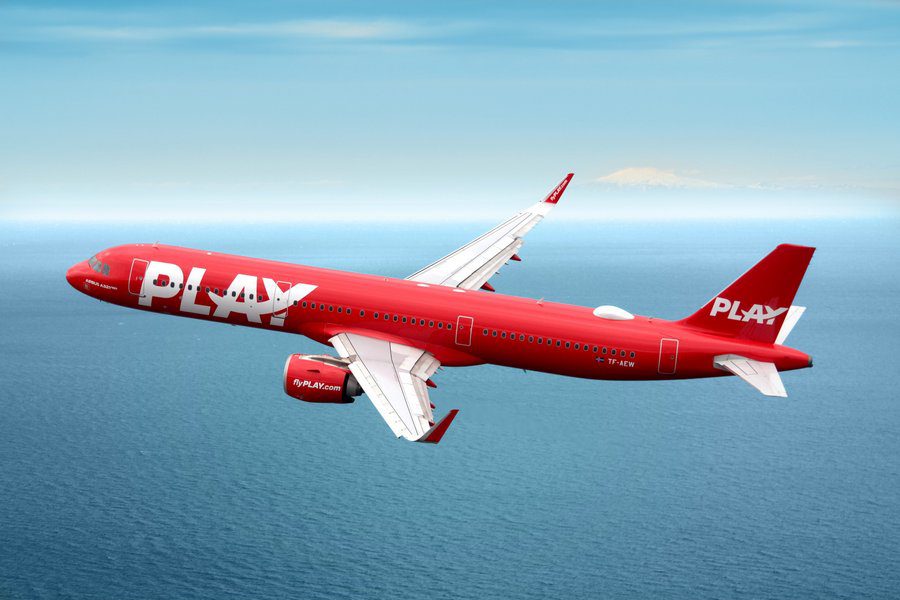 This is an A321neo, but it still has the old, four-door-per-side layout. Image: PLAY

Doors And Some A321 Ideas And Innovations

For planespotters and aviation geeks (like yours truly), this made the A321 very easy to spot. Not sure if you’re looking at an A320 or A321? Just look at the doors – if it has overwing exits, it’s an A320, not an A321. Well, this was then. Nowadays, this little rule of thumb doesn’t work. As you can see in the pictures, now some A321s look decidedly different. But why?

The manufacturer calls it the “Airbus Cabin-Flex”, or ACF. The frontmost and rearmost doors on either side are the same. Gone is the door just in front of the wing. Then we have two overwing exits over each wing. And the doors just behind each wing of the new A321, have moved back slightly (four frames). That’s it – on the outside, anyway.

It’s a different layout, but not exactly alien; many other aircraft have the same arrangement. But re-engineering an existing design is not something companies jump into just randomly. So, why did Airbus go to the trouble of re-arranging the doors on its A321? Airbus calls it “Flexibility”, others might call it “Capacity”.

The exit limit of the original A321 was 220 seats (later 230, with more conditions, beyond doors). The ACF layout allows newer A321neos to have as many as 244 seats! But the new layout isn’t just about satisfying aviation authorities. With their new doors, these A321 airliners actually have more room for seats. The floor-to-ceiling doors can’t have seats next to them. Overwing exits can, and do!

…and new. More space for seats, you say? LCCs liked the idea

That, in a nutshell, is why the doors in the new A321 aircraft look the way they do. Originally, Airbus intended to make the ACF arrangement optional. We recently revisited the A321LR and XLR. Airbus initially called the A321LR the “A321neo ACF (LR)”. This jet brought along an increase in maximum take-off weight (MTOW). So offering the extra seat capacity, gave airlines more options.

But Airbus soon realized that many other airlines could use an A321 with these updated doors. Low-cost carriers LOVED the idea. With 240 passengers, per-seat efficiency goes up by another 6%! Airbus claims that with the ACF layout, plus the ‘neo’ engines (P&W GTF or LEAP-1A) plus the winglets, an A321neo is 20% more efficient (per seat) than an early A321ceo. 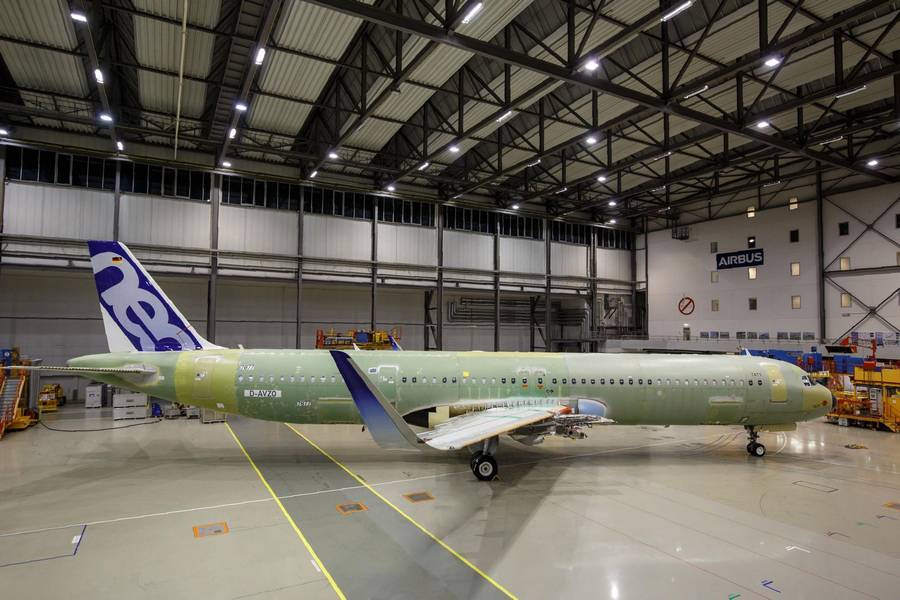 Moving the rear (waist) doors four frames back is a bit easier than having them closer to the wing. And while the A320 already had overwing exits, the ones on the A321 are a different design, because of a regulation change (thank you to Jürgen Heuwetter for pointing this out; check the comments section). So introducing this change wasn’t straightforward.  And there are other downsides, e.g. that the layout with the overwing exits is around 100kg/220lbs heavier. The ACF door layout is more expensive to make, too.

But it doesn’t matter. Being able to put ten (or more) people on board per flight, quickly covers the extra cost. Same for the extra weight. The new doors were an A321 option, when the A321LR was launched in 2018. From 2020 onwards, they are standard for all A321neos. The MTOW increase (97 metric tons, or 214,000lbs) remains an option.

What If You Don’t Want Many Seats In Your A321neo?

You’d think that these doors wouldn’t matter to airlines that don’t use LCC-style, single-class layouts in their A321 fleets. But as it turns out, airlines like the ACF layout. Having two doors in front of the wing allows boarding of business and economy passengers separately, on different jetways. But few (if any) airlines would care to do this with an A321.

As before, airlines putting fewer seats in their A321 fleets, can ‘plug’ the doors behind the wing. This is a semi-permanent modification; it is reversible, but only during maintenance. Still, it allows airlines to put seats where those doors would have been. And if they later decide to sell these planes, the new customer can activate these doors.

There is more emphasis now on bigger single-aisle aircraft. Airbus is seeing this quite dramatically. The original A321ceo accounted for around 22% of orders for the whole A320 family. The A321neo variants today make up 50% of ALL A320neo family orders! Nobody expected this, including Airbus. So they’re scrambling to increase the number of assembly lines that can handle the longer A321neos. 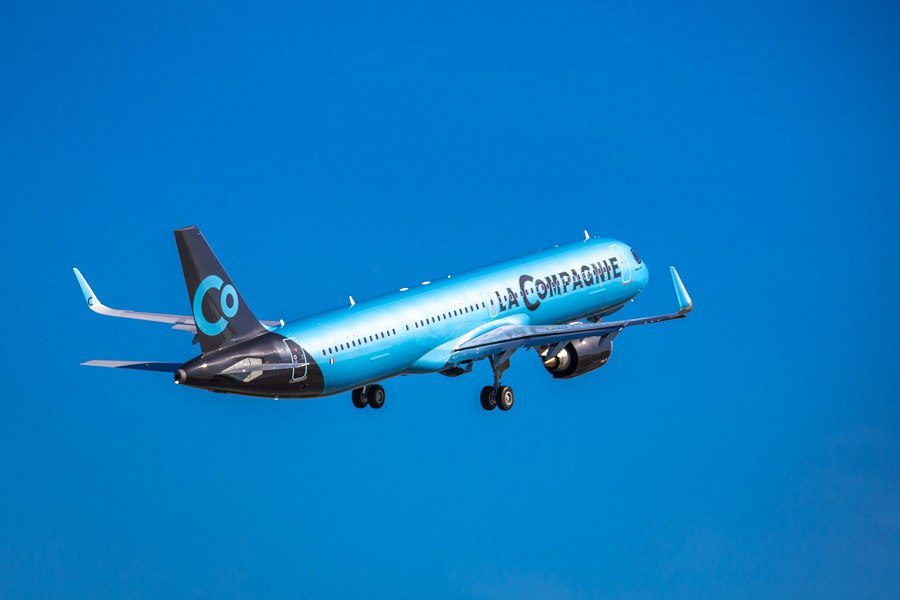 Another user with few seats. The waist doors AND one overwing exit per side is plugged. Image: Airbus

So Airbus likes to give options to A321 customers, and these doors and layouts are big factors in them. And this matter brings us to something else, too. Have you seen discussions on-line, where people complain about seat space and comfort?

Many people rush to accuse aircraft manufacturers or the airlines, about cramming more people in the same planes. Well – factually, they do. But it doesn’t mean that they do so by robbing us of available space. As this article shows, sometimes they create more space! And our seats today are much thinner (and lighter), too.