A day after the MC-21’s first flight with Russian engines, the Il-114-300 turboprop took to the skies for the first time. This is an aircraft for regional routes, operating in harsh conditions. But to some, celebrating this as a new aircraft, might seem a bit odd.

“Today the Il-114-300 turboprop made its maiden flight – it is another aircraft in the passenger line, which our aircraft manufacturers will offer to carriers in the near future. The new aircraft is especially relevant for our country: it is compatible with different levels of airfield equipment, it is adapted to operate in the harsh conditions of the North, Siberia, the Far East.”

The Il-114-300 first flew on Wednesday, at the Zhukovsky International Airport, about 40km south of Moscow. Before becoming an international airport, Zhukovsky was the main test site for all Soviet aircraft design bureaus (OKBs). And that is why the Ilyushin’s Il-114 first flew at the same site, back in 1990.

The Il-114 was a very promising replacement for a very successful predecessor, the Antonov An-24. The Ilyushin was different. It could carry more passengers (64 instead of 44), was more economical but could still operate from rudimentary fields. It looked decidedly different, with a low wing and a more modern look, similar to the HS-748 or the later Saab 2000.

So, why does the flight of the Il-114-300 generate such fanfare? It has the same fuselage, wing and the same engine (updated) as the original. And for all its promise, only 20 examples of the original Il-114 ever left the factory. What changed now? Well, a number of small changes are present, but the biggest change is in the factory. And crucially, the country the factory is in.

The Soviet Union had factories and strategic installations throughout its territories. That is why after its break-up, Russia’s main space launch facility is in Kazakhstan, for instance. And the Ilyushin factory making the Il-114 was in Tashkent, Uzbekistan. The new Il-114-300 will be made in Lukhovitsy, 135km away from Moscow. The factory there has been making MiG fighter jets for decades. 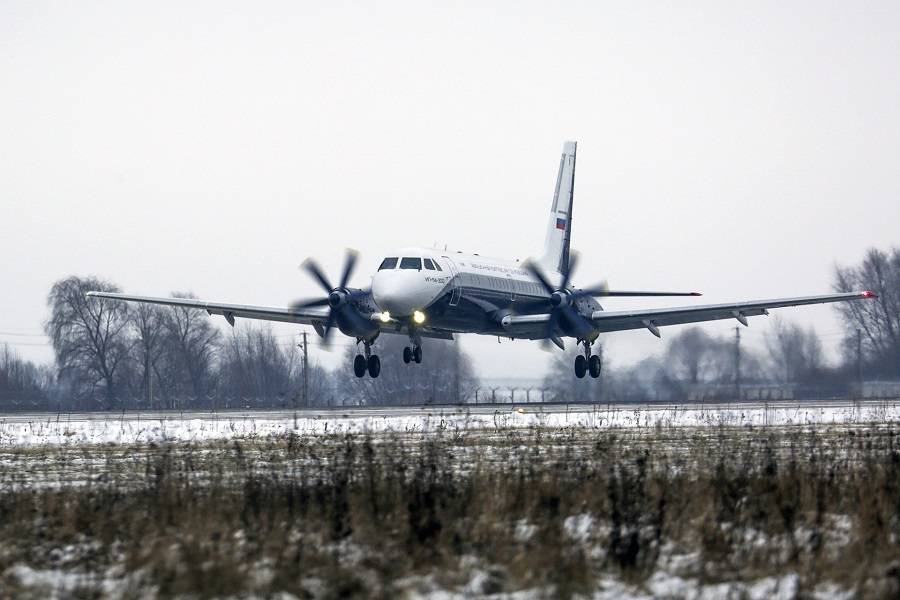 The original Il-114 was just unlucky. It showed quite a lot of promise, being efficient and economical, despite being bigger than the An-24. Delays with the development of the powerplant meant that progress initially was quite slow. Eventually, it became just one of the many programs that faded away in the 1991 break-up of the Soviet Union. Its maiden flight in 1990 didn’t lead to certification before 1997.

Production of the 20 examples was quite slow, the last coming out of the line in 2013! However it’s worth pointing out that the new Il-114-300 is not a “Russification” of an existing design. The plane was already largely Russian, with the engines and large assemblies coming from the country. There was actually another variant, the Il-114-100, with western engines, from Pratt & Whitney Canada. A newer variant of that is not currently in Ilyushin’s plans.

Ilyushin believes that the updated aircraft will be more efficient than the many ATR-42/72s that operate today in Russia. It will come with new electronics, including an EFIS-equipped digital cockpit. It will retain the ability to operate in unprepared fields, something the French/Italian ATRs can’t do. 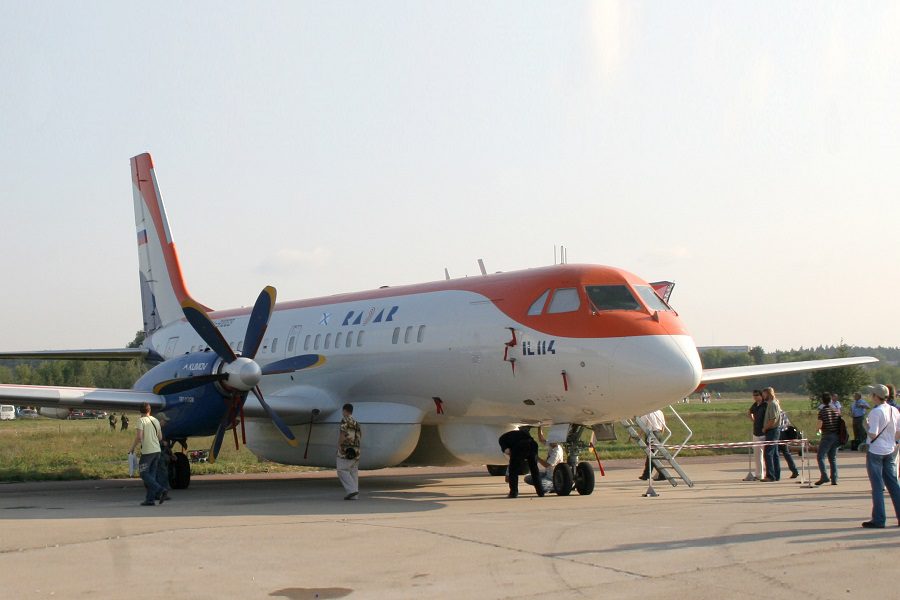 A radar and maritime surveillance test-bed, here in the 2007 MAKS air show.

Another reason for moving manufacturing “in-country” is military potential. The Il-114-300 will be the passenger-carrying civilian version. There will also be a cargo variant, a maritime patrol/antisubmarine version, and other reconnaissance and signals-intelligence versions. There already was a cargo variant of the original Il-114, to replace cargo An-24s. An original Il-114 has already been testing a number of military configurations (see above).

UAC (Ilyushin’s parent company) hopes to certify the Il-114-300 by 2022, with deliveries coming in 2023. Certification shouldn’t hold big surprises. The updated engines (3,100 hp, up from 2,466 hp) have already flown in the original. With few differences in the airframe, this leaves mostly the updated avionics.

So far there are few firm orders for the turboprop. Polar Airlines has ordered three, and Krasavia has expressed interest. State Transport Leasing Co has signed a letter of intent for 50 aircraft, with no actual orders. However, the aircraft has seen Russian state funding. This suggests that it can survive on government or military orders, if necessary. 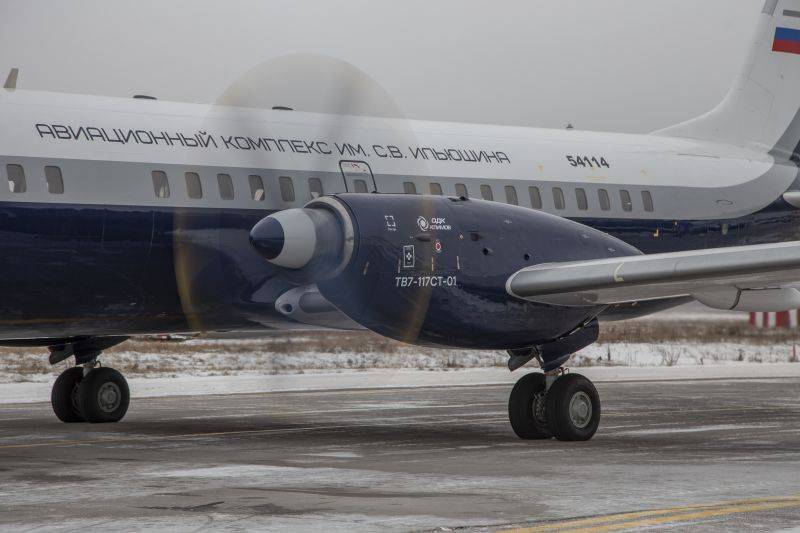 We previously saw that the MC-21 is a very promising aircraft, but its success will likely depend on whether it can attract substantial foreign orders. On paper, the Il-114-300’s future looks a bit easier. As a turboprop in a niche role, against successful but older competition, it could fare well. It remains for us to see if it can deliver in its production and efficiency promises.