NASA is looking for industry partners, with whom to develop and build a subsonic flight demonstrator, likely following the TTBW concept.

This initiative is part of the Sustainable Flight National Partnership (SNFP). NASA first announced the project last June, with the TTBW featuring heavily. Standing for Transonic Truss-Braced Wing, this design aims to improve efficiency for typical single-aisle airliners by another 10%. That’s when we compare it to the latest, composite aircraft designs, with the latest-generation turbofan engines. 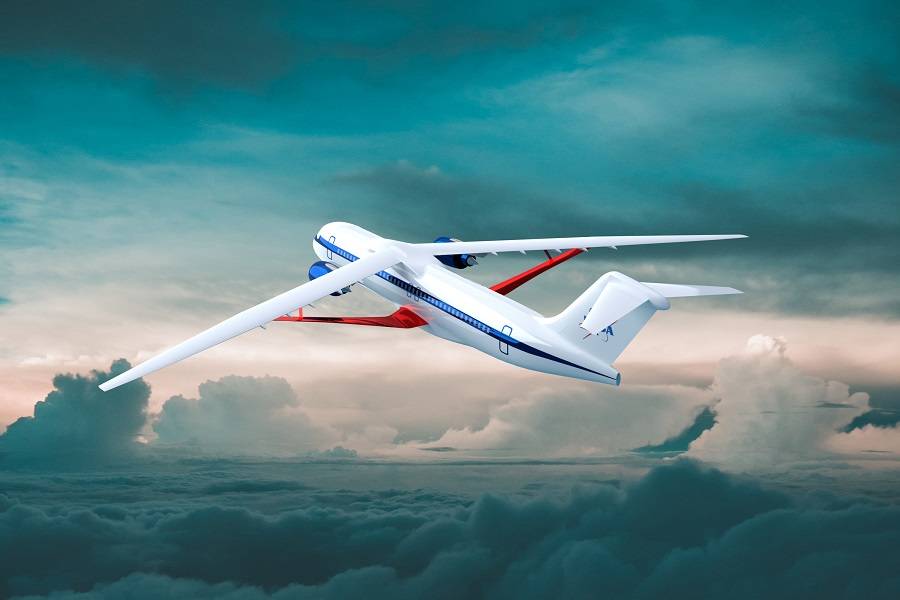 NASA has been exploring this TTBW concept for over a decade, partnering with Boeing. For its efficiency, the design relies on a very high aspect ratio wing. This reduces drag dramatically, but has a couple of serious implications. Firstly, the wing has to be LONG. The TTBW is basically an aircraft the size of a 737 or A320. But its wingspan will be more like that of a Boeing 767! Such aircraft would need folding sections in their wings, to fit in current gates for single-aisle fleets.

Not An Isolated Innovation

The other issue, with these long, thin wings, is that they won’t hold as much fuel as existing wing designs. This could have some implications, beyond the need for the truss-braced design itself. Boeing and NASA have looked at the possibility for alternative power sources for the TTBW, including hybrid propulsion. But for its first demonstrator NASA will likely stick to a more conventional design, for comparison purposes. 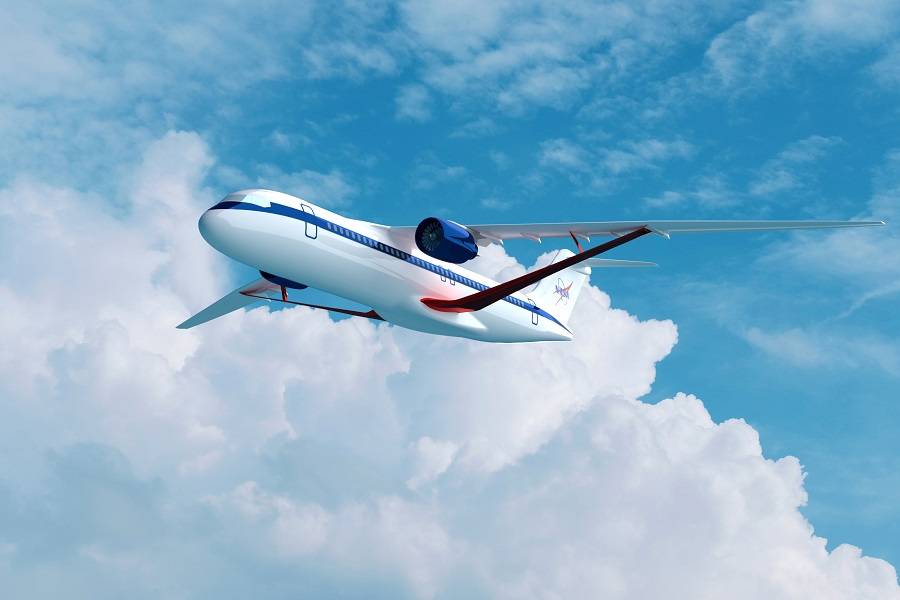 Another issue of the TTBW that NASA and Boeing previously looked at, is speed. It is difficult to come up with a high aspect-ratio wing that has a reasonable sweep angle. That generally means that as originally conceived, the plane would be slower than current single-aisles. But with more development, the truss-braced design got more sweep and with it, speed. From the original concept’s Mach 0.70, current versions should work at around Mach 0.80.

If it goes ahead, the TTBW demonstrator won’t be the first such program that NASA takes on. Right now, the agency is working with contractor Lockheed, to finish the build of the X-59 Quiet SuperSonic Technology (QueSST) aircraft. The idea with that program is to explore the possibility of supersonic flight without a sonic boom reaching the ground. That should be useful information for the likes of Boom, and others. 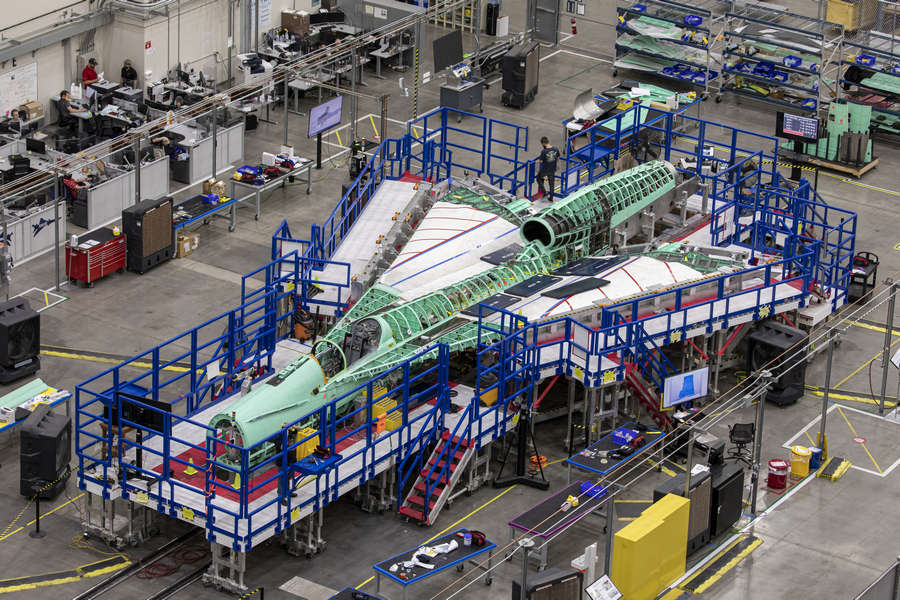 The X-59 project is really coming along. Photo: Lockheed Martin via NASA

But as impressive as a supersonic airliner might be, NASA is pinning more hopes on the TTBW, aiming for a successful subsonic flight demonstrator. Realistically, this project is much more relevant to what the aviation industry needs. And to many, it is a very good example of how the agency is helping the industry, at a time when efficiency is on everyone’s minds.

To be clear, NASA isn’t exclusively specifying a TTBW design, as its subsonic flight demonstrator. But the truss wing isn’t a just a long-term theoretical concept. The agency is currently devoting a lot of testing on the design. Years of CFD testing on computers are now followed by new wind tunnel testing, of the latest TTBW configuration. 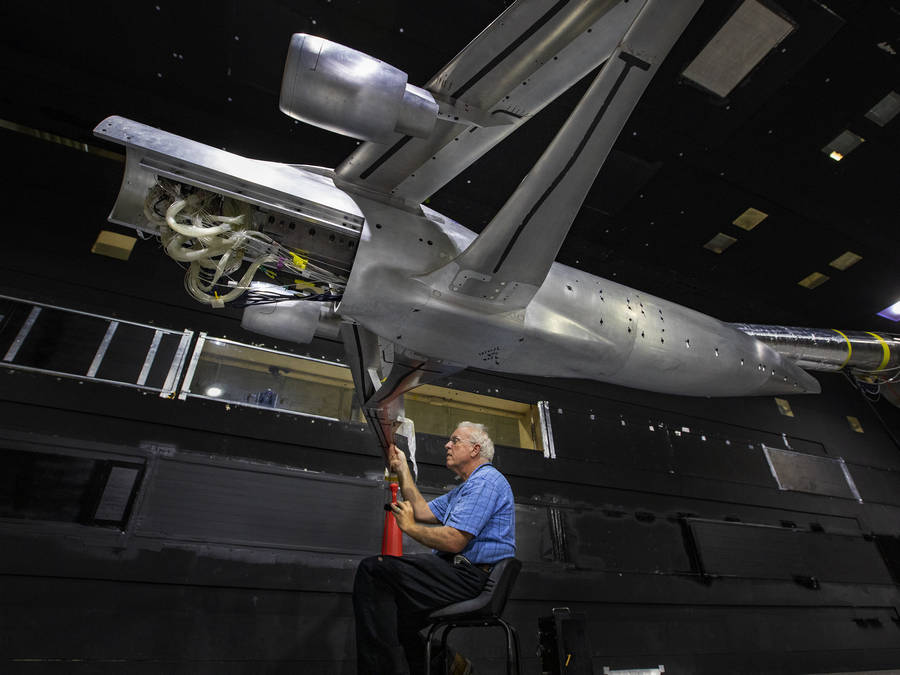 Nevertheless, NASA has also studied designs beyond the TTBW. The Double-Bubble D8 comes to mind. We also saw work on blended wing-body concepts, from several aspiring industry partners. These designs could potentially offer gains much higher than 10%. But it seems that turning such a design into a practical proposition, is still difficult.

NASA will officially solicit industry partners for its subsonic flight demonstrator (TTBW or not) in early 2022. Until then, wind tunnel testing of the Transonic Truss-Braced Wing, continues. Interestingly, NASA isn’t mentioning Boeing in these latest press releases. But since they’re going to solicit offers for a subsonic prototype from multiple manufacturers, “painting” the TTBW as a Boeing project, probably wouldn’t have been a good idea!