An Avianca Airbus A319 arriving in Bogotá Colombia, had a collision with what appears to have been a large fireworks balloon. Contrary to earlier reports, it now appears that the collision happened just as the aircraft had touched down. Despite a substantial amount of material getting stuck on their aircraft, the Avianca pilots managed to stop the aircraft successfully.

An unpowered aircraft has right of way over a powered one… but things get more complicated if the unpowered aircraft enters controlled airspace without a clearance. Or enter an active runway, for that matter. But this is a serious matter, that could have ended very badly. The pilots did not declare an emergency. There were no injuries in the incident. Passengers were able to reach the terminal and get in connecting flights, if needed. 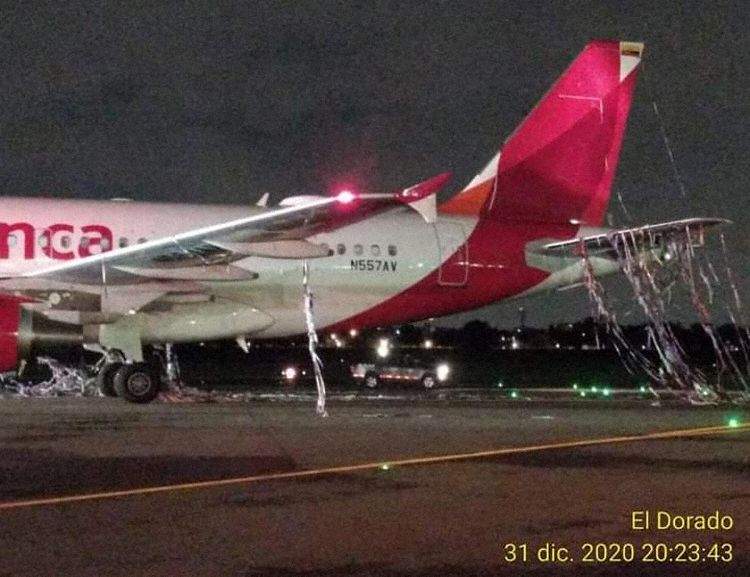 According to AvHerald, the aircraft was performing flight AV-29 from Orlando, Florida to Bogotá. It arrived just after 8pm, local time (still in 2020). The crew had just touched down on runway 13L, when they had a collision with a large festive object. Local media variously describe it as a fireworks or pyrotechnic balloon.

The collision left the Airbus with an impressive amount of material, stuck everywhere. The landing gear, both wings, No2 engine, horizontal and vertical stabilizers, all had remnants of the fireworks balloon. It appears that the aircraft exited the runway and immediately stopped and shut down. Then crews attempted to clear most of the foreign objects. According to the airline there was no damage to the aircraft. Nonetheless, it had to be towed to the terminal. 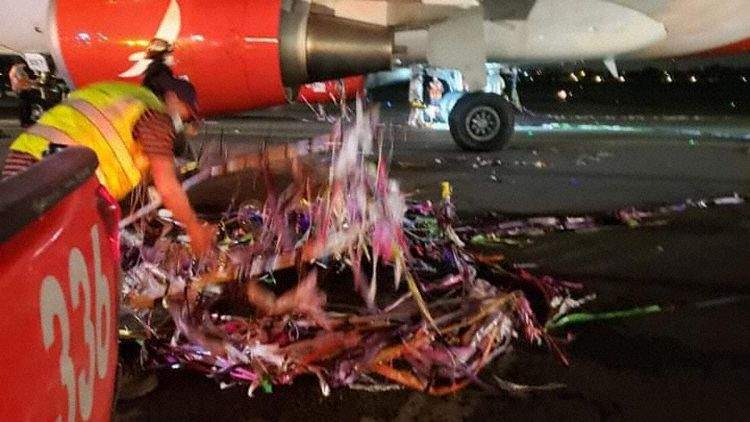 Fireworks balloons are common around the Christmas and New Year holiday in Colombia and elsewhere. The country’s aviation authority has warned against the launching of such festive balloons near airports. Last night’s incident suggests that not everyone heeded these warnings.

In social media, some expressed their surprise that the pilots did not see the fireworks balloon. Now that we know that it was on the runway, this is easier to understand. If the balloon landed because its fire was out, it is doubtful that a crew could see it among the runway lights. But even in the air, at night over a brightly-lit city, seeing it would have been by no means certain. It is interesting to note that in the photos and video, the flaps are up.

It will be interesting to see the aftermath of this incident. We expect to see new rules on drones in many countries, in 2021. But they probably won’t deal with unguided festive balloons, like these. However this has to be regarded as a very serious incident. Big balloons, with or without fireworks, are not something we need to see close to aircraft.

The article has been edited to reflect that the crash happened on the ground.