Aviation has given us some intriguing “what if” concepts over the years, but the Lockheed Flatbed is hard to beat. And it’s not as old as you might think!

There are some quirky ideas from the early days of aviation that we look back on today, and smile. It’s easy to forget that there was a time when brand new commercial or military aircraft would go in production every couple of years. And get replaced soon after! Everything was new, advances in engines and other designs were fast and constant. Nothing seemed impossible. But the Lockheed Flatbed does NOT date from the 1950s or 60s. 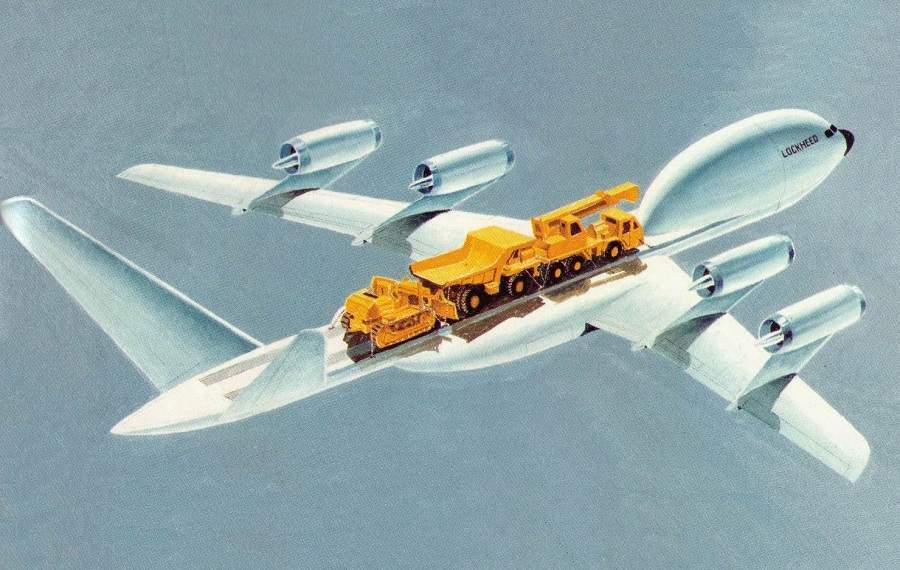 Incredibly, Lockheed applied to patent its “Flatbed” (an unofficial term) concept on the 12th of April, 1983! Lockheed’s futuristic, stealthy F-117 Nighthawk had been flying for nearly two years by then, Lockheed’s C-141 was nearly 20 years old, their C-5 was about 15 years old and Boeing had launched the 767 and 757. And the Ford F-150 pick-up truck was in its seventh generation. Irrelevant? Well – yes and no.

Volume Vs Weight And The Lockheed Flatbed

So, what could possibly be the reason for Lockheed’s Flatbed? The idea has to do with the disparity between the maximum capability of cargo aircraft, versus their typical day-to-day usage. Such aircraft need to have a certain amount of volume and separately, a certain amount of weight. For military customers, specific dimensions, to account for specific… hardware, is the norm. 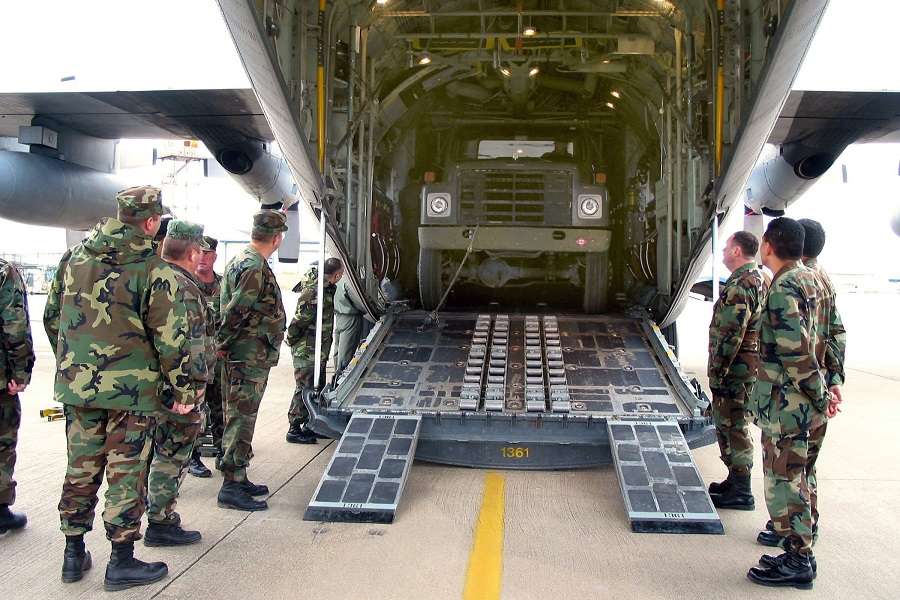 The purpose of the Lockheed Flatbed is in dealing with cases when the plane “masses out” before it “bulks out”. Essentially, this means that the plane reaches its maximum take-off weight (MTOW) before the cargo bay’ volume fills up. So Lockheed basically designed a plane that can convert, between a closed and an open bay configuration.

As the pictures show, Lockheed’s design works like a flying flatbed only when it needs to. The rest of the time, it would have a thin, closed cabin, either for passengers or cargo. When something extra bulky needs moving, off goes the cover/cabin in the back, exposing the empty flat bed. The design allows loading either from the rear, or the cockpit section can swing out of the way, to allow loading from the front. 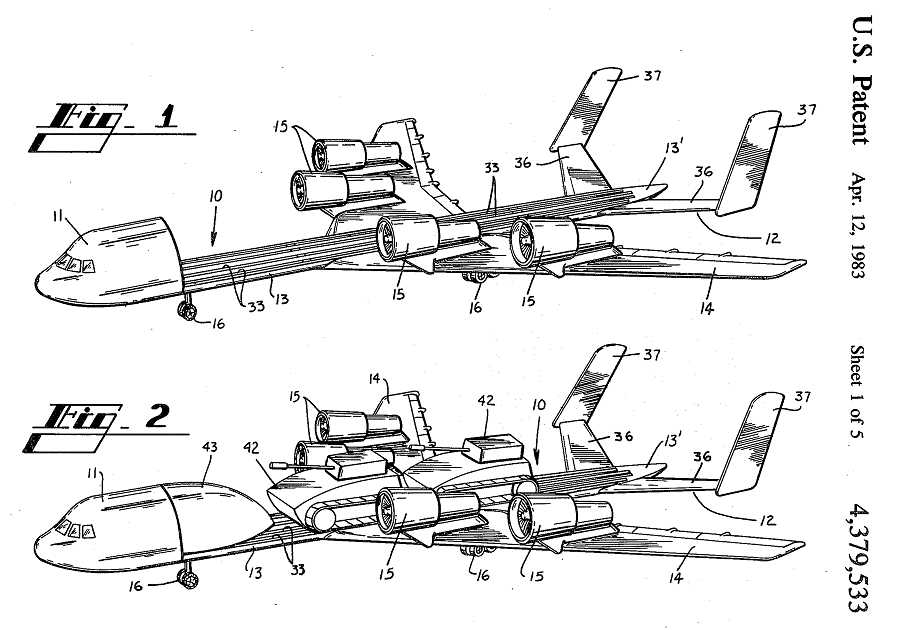 The Lockheed Flatbed And… Efficiency? Really?

So the whole idea has to do with aerodynamic efficiency – as counter-intuitive as this seems! The adverse aerodynamics of the Lockheed Flatbed, when it carries stuff in the open, would be a smaller penalty than having a big, bulky cabin the rest of the time, when it’s flying half-empty. Or at least this is the theory behind the concept.

The plane sits really low to the ground. This is a common feature for many cargo aircraft, to facilitate loading/unloading. But these aircraft generally use a high wing design, to give the engines the necessary ground clearance. With only an open flatbed structural fuselage, Lockheed had few options. So the engines are above the wing – not a popular solution, for aerodynamic efficiency reasons. 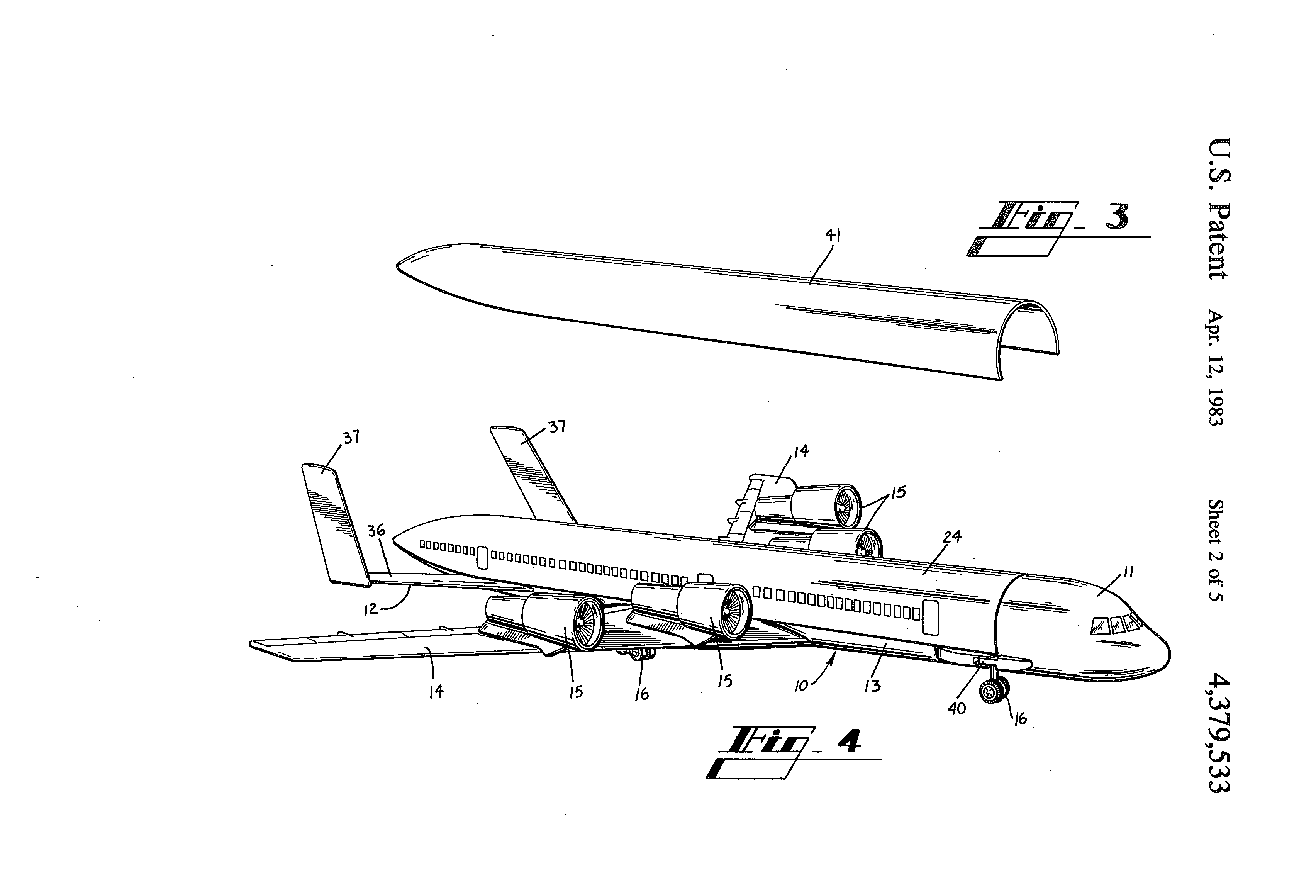 But the ultimate in efficiency is not a high priority for military designs, as we have seen. And that could well be why Lockheed’s Flatbed went nowhere. Yes, those military cargo aircraft often travel with plenty of unused space/volume. But they can carry what they need without having to worry about securing things in the open!

Now – it’s important to point out that these images are for a patent, not an engineering design. Generally speaking, patent drawings only aim to pin down a broad concept (or three), to keep others from using it/them. Quite often, these drawings and descriptions would offer misleading clues as to the implementation of a design. 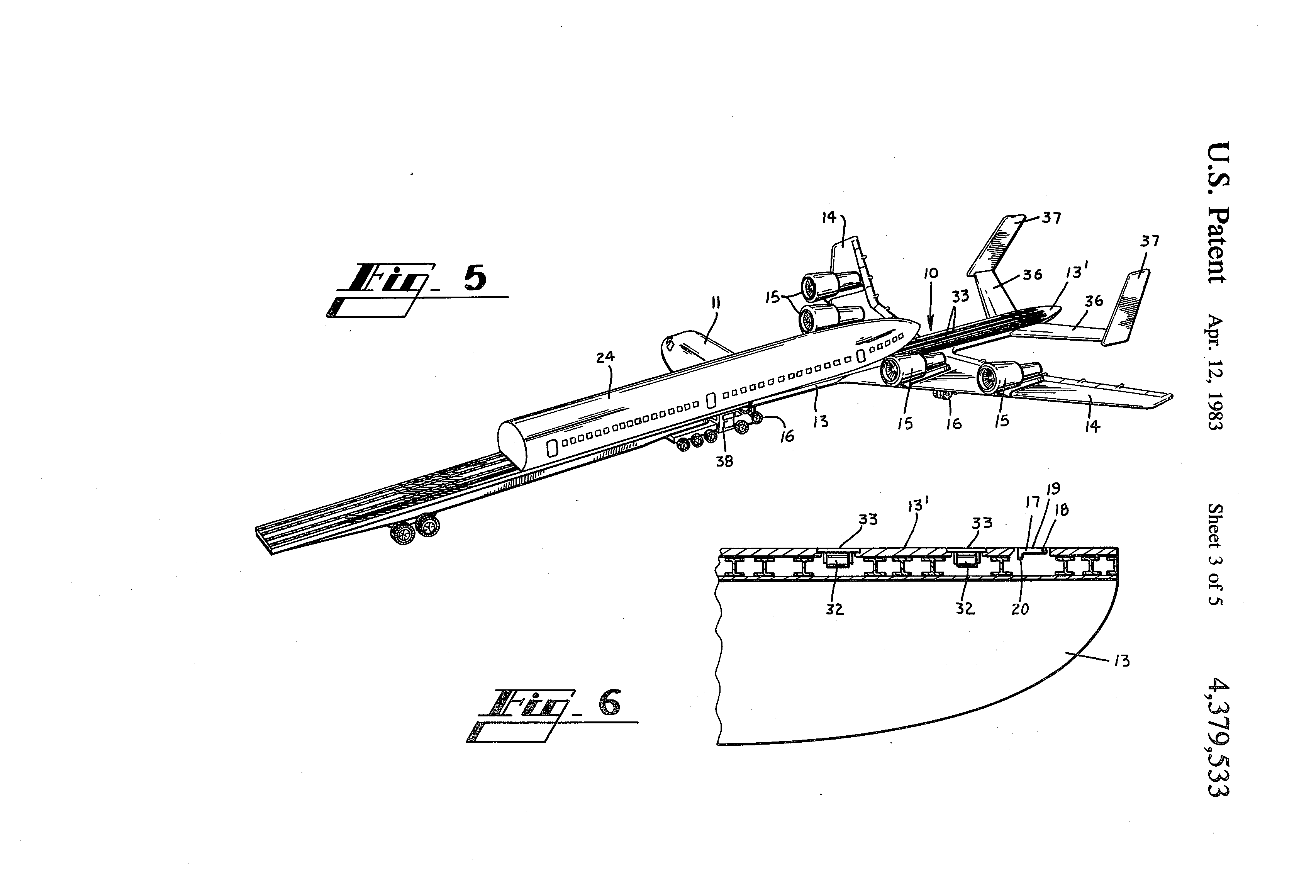 So Lockheed’s Flatbed would very likely look very different, had they ever gone ahead with it. Plus, some important aspects of it, like the pivoting cockpit, could function quite differently from what we see here. Even items specifically mentioned in the patent, could look very different. The writing of these documents usually involves more lawyers than engineers.

Actually, a substantial amount of the in-detail description of the patent (that you can see HERE) describes the rails, that secure cargo loads. So perhaps the entire Flatbed concept is Lockheed’s way of hiding an idea (new cargo rails?) in plain sight!

What do you think? Could such an idea fly (pun intended)?