São Paolo had to close one of their runways because a lightning strike burned a sizable crater in it! There were no injuries to anyone on the ground.

User Golf Oscar Romeo captured the event with a live camera. It happened on Monday, at 3:38pm local time. The video shows the moment when the lightning strike literally burns a crater into the ground! The strike appears to be just short of the touchdown zone for runway 09R. Airport authorities had to close the runways for repairs. Later, a photo of the crater appeared on Twitter. 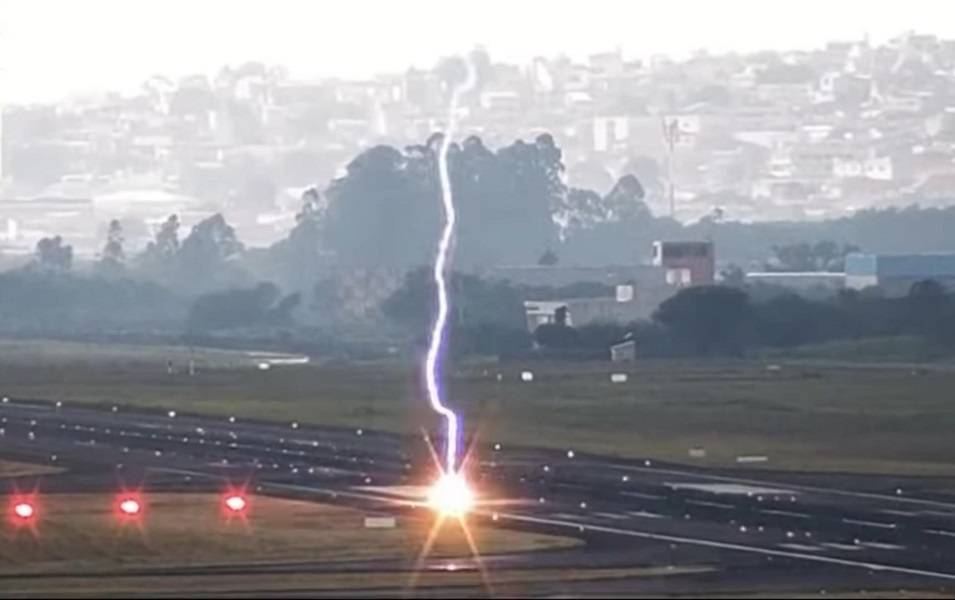 The lightning strike and the resulting crater probably didn’t impact (…) the airport’s operations too much. At 3,000 metres (9843ft), 09R/27L is the shortest of the two runways at São Paolo Guarulhos International Airport (SBGR). 09L/27R is 700m/2297ft longer. Usually, authorities use the longer runway for landings. So the affected runway handles take-offs. But there are exceptions. The length (and width) of the longer runway, aim to accommodate Airbus A380s.

Dealing With A Lightning Strike – And Craters

Under normal circumstances, such a closure would be a headache. But given the limited operations in the pandemic, the lightning strike and its crater probably won’t impact traffic. In many airports (including Berlin’s BER) authorities closed one runway in the pandemic, anyway. But still, such damage will take some effort to fix properly. 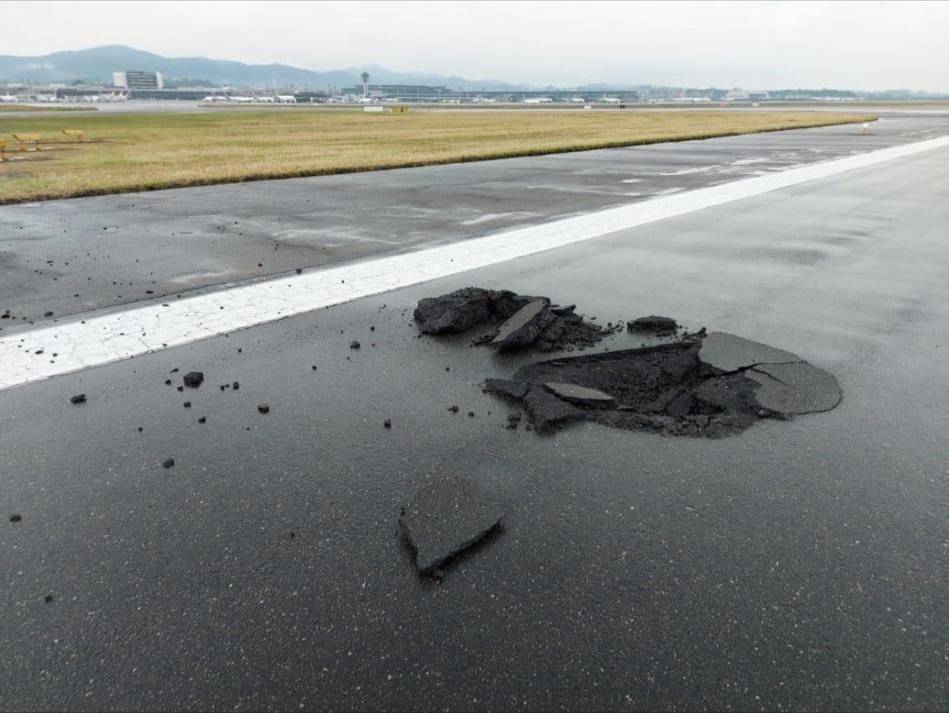 50 million lightning strikes take place in Brazil every year. The sheer size of the country makes this difficult to relate to. However, locals believe that São Paolo is particularly susceptible, because of surrounding geography and humidity in the summer (now). But of course lightning strikes (and craters) are not unique to São Paolo or Brazil.

Runways and airports in general, sometimes receive such strikes. Occasionally, aircraft take the hit while on the ground. Such lightning strikes don’t usually create a crater, but they still warrant an inspection. Both for the airport and the aircraft! Lightning strikes don’t harm an aircraft’s occupants, because the fuselage acts as a Faraday cage. The same is true of your car, as well.