Delta Air Lines are still blocking middle seats and will continue to do so for the time being, but is it costing them sales? Or is it actually giving them more market share?

We have previously discussed the pros and cons of middle-seat blocking. Since then, more and more airlines have abandoned the practice. In essence, the point is that in the distances involved, it hardly matters. The difference, with and without blocking seats, is too small to matter – but Delta sees another side to the issue.

With most airlines no longer blocking seats, Delta’s practice is becoming a niche. And like most niches, it has a small but measurable market. The reality is that no amount of statistics or measurements will convince some people. So if the option for a blocked middle seat is there, they will take it. And pay a premium for it. And for now, in the US, Delta is the one still blocking its seats.

What these load factor numbers don’t tell us is peak seat capacities, in busy periods or busy destinations. If Delta blocks the middle seats in a 737 or A320, they can have a maximum capacity of 66%. With their present policy, this will be their peak capacity. And it will be a bit lower in other aircraft, like the A220, which has 5 seats across (60%).

Small, efficient jets are vital in these times (A220)

The point being, Delta’s capacity is still not high enough for them to be paying a big penalty by blocking seats. Also, a really big factor in passenger revenue per seat mile is premiums from business/first class tickets. With long-haul flights practically stagnant, this alone is a big factor here. That’s another reason why we need to see numbers from Delta’s competitors, for 2020. Although remember, they, too were blocking seats for most of 2020.

However this is complicated further, as Delta’s A220s are more efficient than older, bigger A320s or 737s. For the effects of PRASM, we really need to see these numbers from other US airlines. This will give us some idea if there is a net loss or penalty, from Delta’s policy. In plain English, it will show is if the airline can raise its prices high enough, relative to the competition, to make up for extra empty seats. Because those other airlines won’t be at 100% capacity, even without this policy.

We previously saw other policies, like partitions for empty seats, that did not catch on in the end. Airlines would really prefer to see uniform rules for mandatory pre-flight testing, as a way to avoid quarantines and restart travel. When vaccination gets more widespread, immunity/vaccination passports could take the place of testing. Eventually, such policies could make blocking seats irrelevant, for Delta and everyone else. 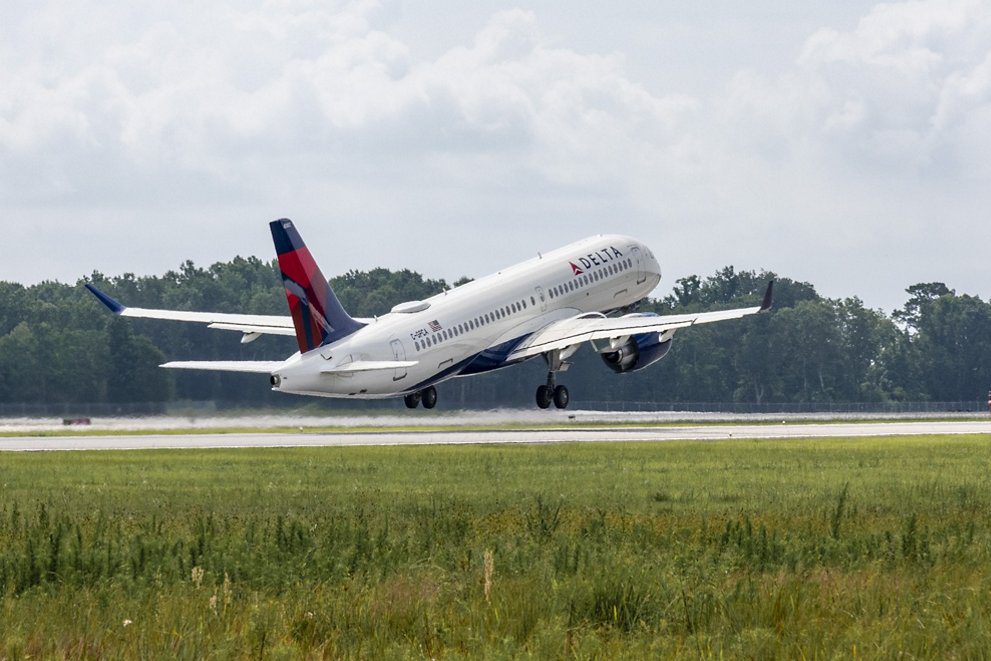 But this isn’t really the point here. This is more about passenger/customer perception, than actual effect. So how long will Delta continue blocking its seats? The quick answer is, as long as they feel they are not losing more money this way. The airline also said that they will use smaller aircraft when possible. But even with the higher efficiency of these new jets, there will come a point where the cost per seat will not justify that.

The timing will depend on overall demand for air travel. We will soon learn if any other airlines have significantly higher occupancies. And even if they do, Delta’s more efficient smaller A220s could hold the key here. But they don’t really have enough of them, for their whole network!