In a rather bizarre incident, a Southwest passenger jumped out of a Southwest 737 soon after landing in Phoenix! He suffered minor injuries.

The incident happened on Saturday, the 4th of December. It involved Southwest flight WN-4236, from Colorado Springs (KCOS) to Phoenix Sky Harbor International (KPHX) in the United States. The flight itself did not present anything remarkable, to its passengers and crew. It took off just five minutes after scheduled, landing over 20 minutes ahead of time. 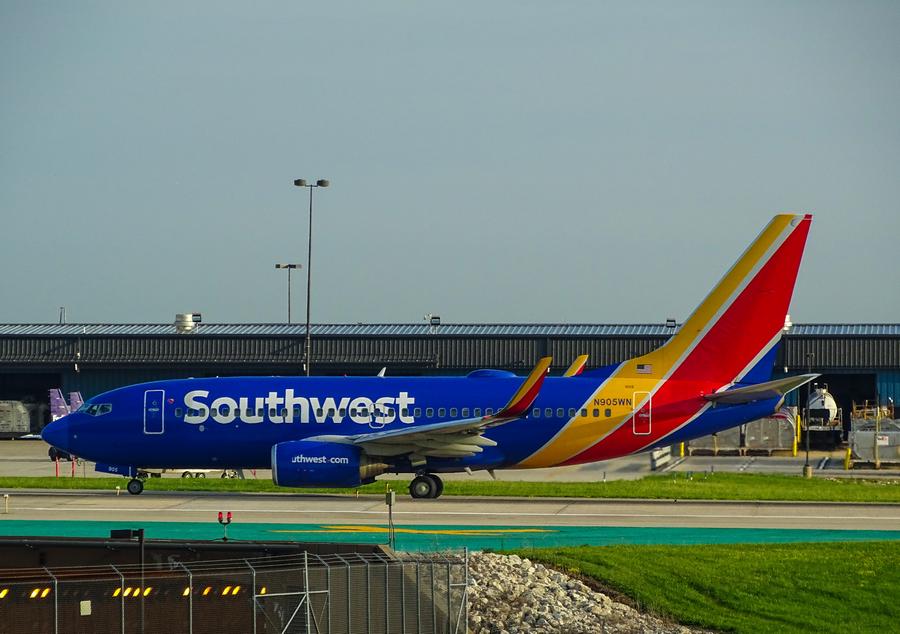 The aircraft landed on runway 8 in Phoenix. The Southwest flight crew were taxiing their 737 to the gate when someone opened a door and jumped off! Local reports suggest that the passenger opened “a rear galley door”. It is not clear if there was a struggle or other event on board before this passenger opened the door. Typically, one or more cabin crew members would be close to the rear doors.

The bizarre incident didn’t end after the male passenger jumped off the Southwest 737. The pilots stopped the aircraft, informing ATC of what was going on. Ground controllers could see the passenger, who eventually ran to the airport’s fire station. But rather than turn himself in, he locked himself in a room!

Eventually, the firefighters got the passenger to unlock the door. After a quick evaluation, they treated and transported him to a hospital. When he jumped off the 737, the Southwest passenger injured his lower extremities. It isn’t clear if a slide was deployed normally in the event. But even if the slide was armed, the running engines would likely interfere with its deployment.

Later still, authorities identified the passenger and charged him with two counts of felony trespassing. We still don’t know why he jumped clear of the 737, or if he was travelling alone on this Southwest flight. We have seen a recent incident where a nervous passenger left a plane before the flight. And an even more recent incident featured a passenger who left a plane, after an aborted takeoff. But someone jumping clear after a routine flight? That’s harder to explain.

Again, we don’t know what, if anything, lead to this occurrence, onboard the aircraft. However, there are no reports of any other passengers or crew sustaining any injuries. After the mystery passenger jumped clear, the Southwest 737 taxied to its gate. If the aircraft needed a new slide, it got it fairly quickly. We know that because this 737 departed for its next flight with only a minor delay!

The following flights of the incident aircraft also seem to be trouble-free. This is a Boeing 737-7H4(WL), with tail number N226WN. It is just over 16 years old, Southwest being its first and only owner and operator.