Boeing recently unveiled the first T-7A Red Hawk trainer that it will deliver to the US Air Force. This is a landmark project for Boeing.

Boeing has been working to prioritize multiple, disparate projects lately. We have seen how its commercial projects are facing serious delays. Military projects like this one also face delays. But this is a key project for Boeing, as developments in it could influence how it builds its future airliners. 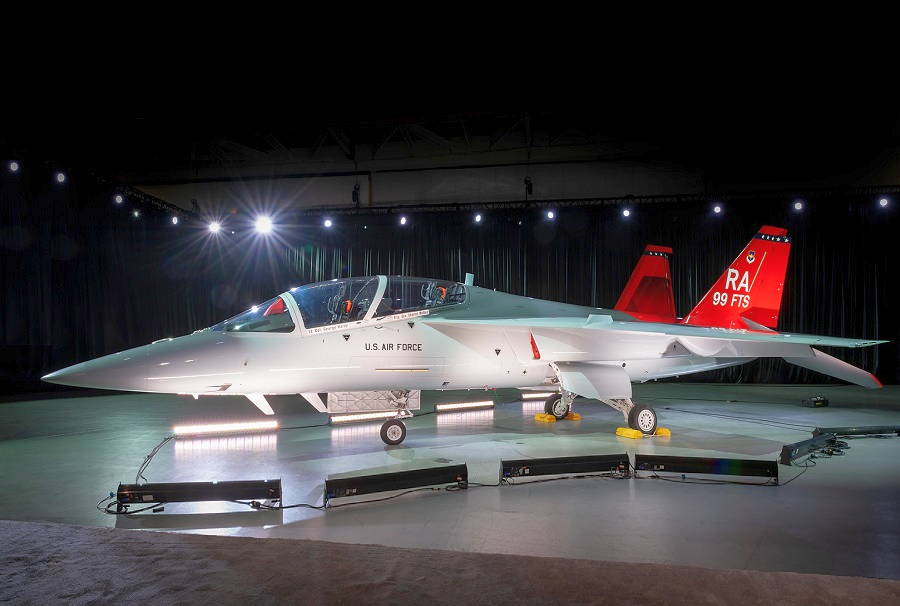 On the 28th of April, Boeing unveiled the first T-7A Red Hawk that it will deliver to the Air Force. The manufacturer has already flown at least two prototype (or pre-production) aircraft. But this jet will be the first that Boeing’s customer will actually take ownership of. However, this delivery has not taken place yet.

The aircraft is a much-needed replacement for the T-38 Talon. This trainer has been with the US Air Force since the early 1960s. In its ceremony, Boeing emphasized the connection between the T-7A and the Tuskegee Airmen. The moniker “Red Hawk” and the red tails of the jet pay homage to the red colours of the planes flown by the Tuskegee Airmen, the first African American unit to serve in the US Army Air Force. 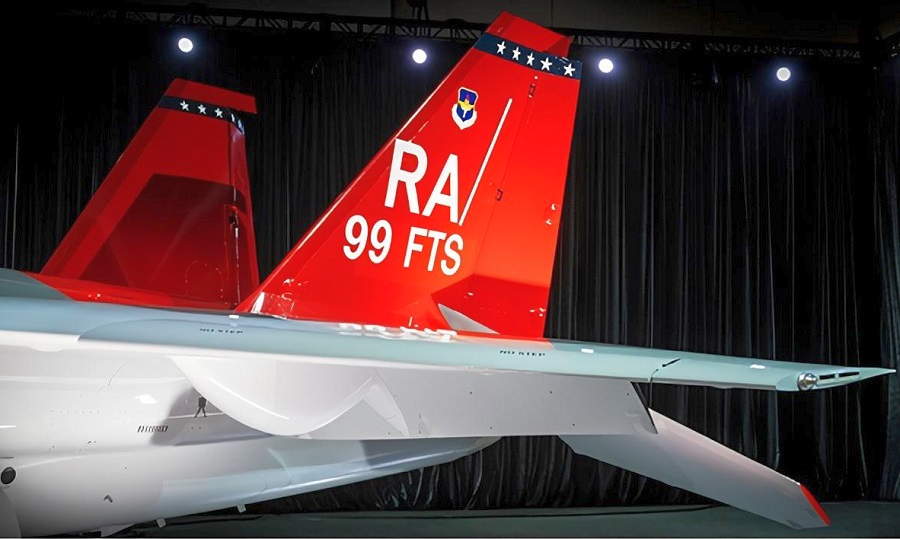 Boeing T-7A – A New Way To Design (and Make) Aircraft?

Boeing has repeatedly emphasized that the T-7A will pave the way for how it designs and builds future aircraft. The manufacturer calls this process a “digital engineering revolution”. This reflects not only the design aspect of aircraft within the company but also how it works with key suppliers. In the new system, Boeing and its partners will jointly design aircraft systems. This should speed up the design of new planes, which can span a decade.

The new methods also speed up assembly. In the case of the T-7A, Boeing is working closely with SAAB, in Sweden. This aircraft manufacturer makes the rear section of the new trainer in its facility in Linköping, Sweden. This is where SAAB assembles the JAS-39 Gripen fighter, which uses a version of the same engine as the T-7A. 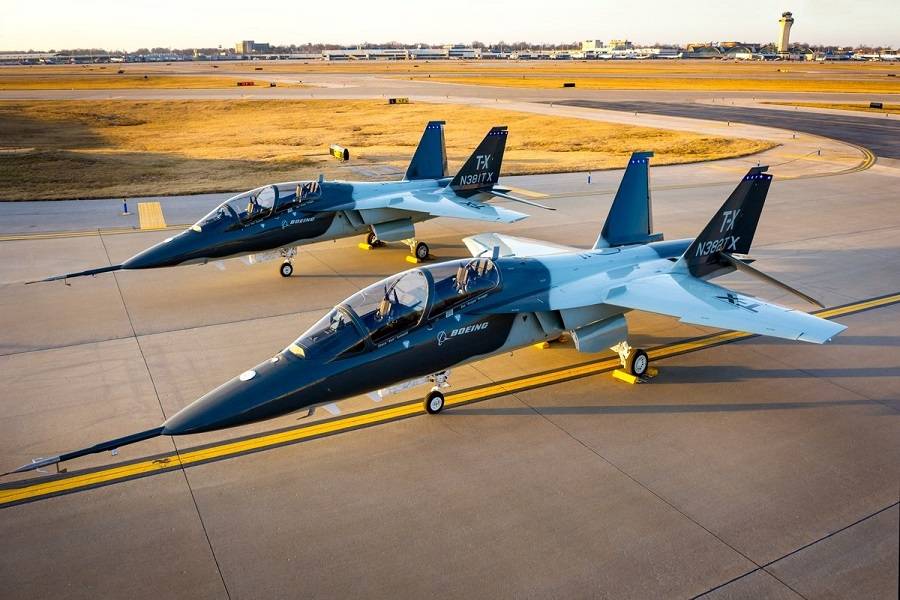 And when SAAB sent the tail section of this jet from Sweden, Boeing assembled it to the rest of the fuselage in 30 minutes. Boeing claims that this is 95% less time than what such a process would normally take. A very impressive feat, for parts built on two different continents. SAAB also had a key role in building the two pre-production aircraft.

SAAB is also busy building a new production facility in West Lafayette, Indiana, in the United States. This will be the site where SAAB will build future tail sections of the T-7A, before shipping them to Boeing. The final assembly of the trainer takes place in Boeing’s St. Louis facility in Missouri. This is where Boeing (and previously, McDonnell Douglas) makes the F/A-18. 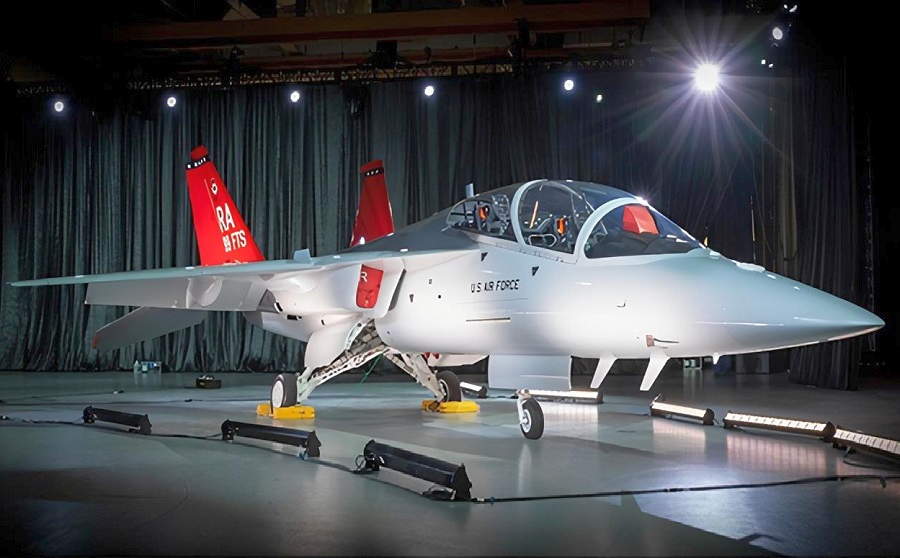 Ted Colbert, President and CEO of Boeing Defense, Space & Security, said this about the T-7A and Boeing’s strategy:

“We’re excited and honored to deliver this digitally advanced, next-generation trainer to the U.S. Air Force. This aircraft is a tangible example of how Boeing, its suppliers and partners are leading the digital engineering revolution. T-7A will prepare pilots for future missions for decades to come.” 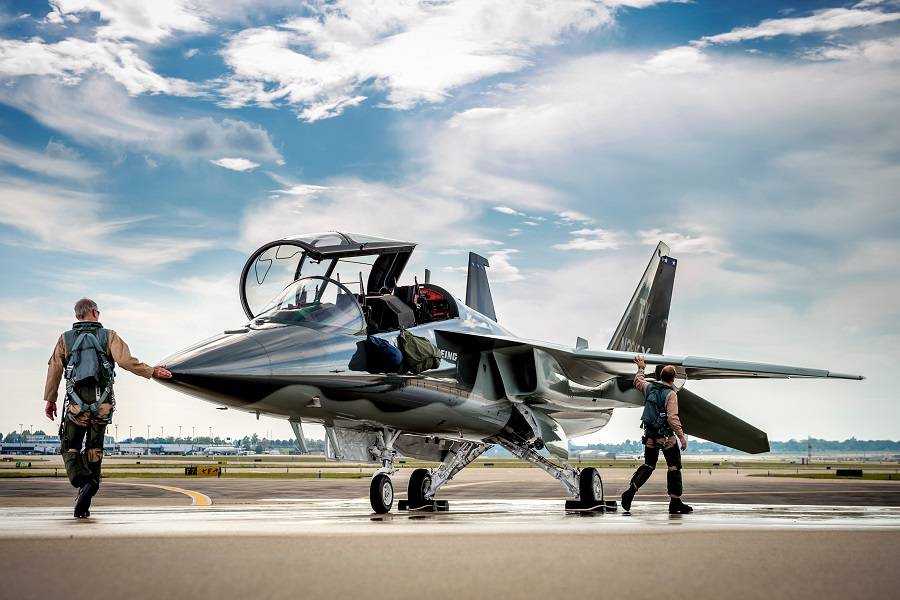 Another picture of an earlier pre-production aircraft. Photo: Boeing

It will be interesting to see how this program evolves, as the plane goes into regular production. Boeing expects the US Air Force to order a total of 351 T-7A trainers. And interestingly, it seems that this will be a fixed-price contract. Boeing’s management has recently expressed some disdain about such contracts, which are common for Boeing’s military projects, including the KC-46 tanker.

Boeing’s CEO recently expressed some regret about the fixed-price contract the manufacturer made for the new Air Force One. But we don’t know if Boeing has any room to change its USAF contract, in the case of the Red Hawk trainer.