Conair Group in Canada bought 11 Q400 turboprops, that previously operated in FlyBe’s colours, for firefighting use. The aircraft will join an ever-increasing fleet of De Havilland Canada Dash-8-400s, with a promising future.

FlyBe may be about to rise from its ashes as FlyBe MkII. But some of its former Q400 turboprops will soon get to work, turning fire into ashes – in style. Conair in Canada bought the old FlyBe aircraft, to covert them for firefighting use. And while this is not the role they were designed for, it may as well have been. 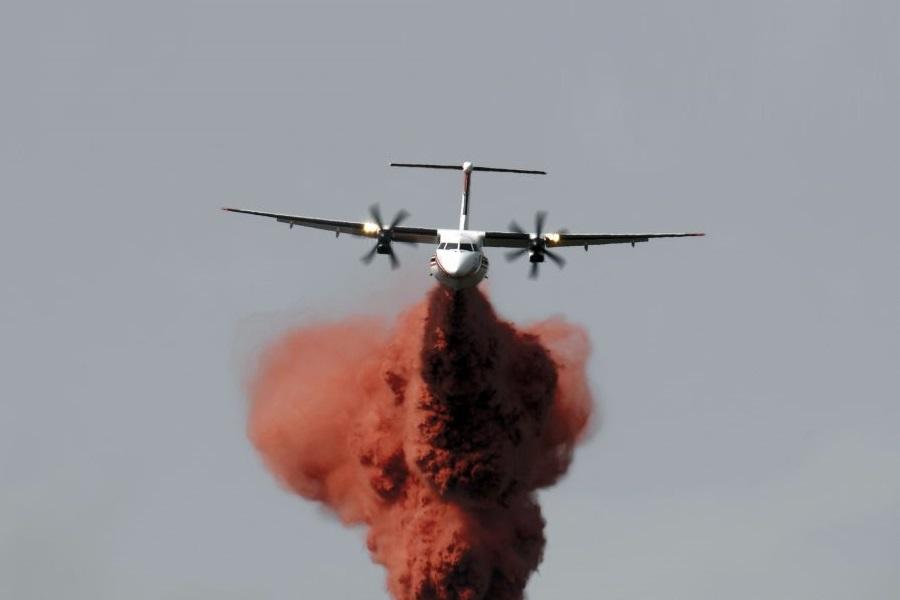 As we saw, the first aircraft that the new FlyBe bought is 21 years old. By contrast, the 11 former FlyBe Q400s now embarking on a firefighting career, are quite a bit younger. About 9 years younger, on average. This isn’t surprising. Conair has actually bought six brand new Q400s for its conversion programme before. They are buying the best Q400s they can find. And as we saw, there are 186 Q400s in storage out there, so it is a buyer’s market.

The Q400 has its critics. De Havilland Canada designed the Dash-8 to replace the Dash-7, which had more of a bushplane role in its home country. By contrast, the Dash-8 had simpler, ‘daintier’ landing gear, losing its rough-field capabilities. Its critics said that the new aircraft was still too heavy, however. But DHC gave it powerful engines. And these qualities made the Q400 a good candidate for firefighting. 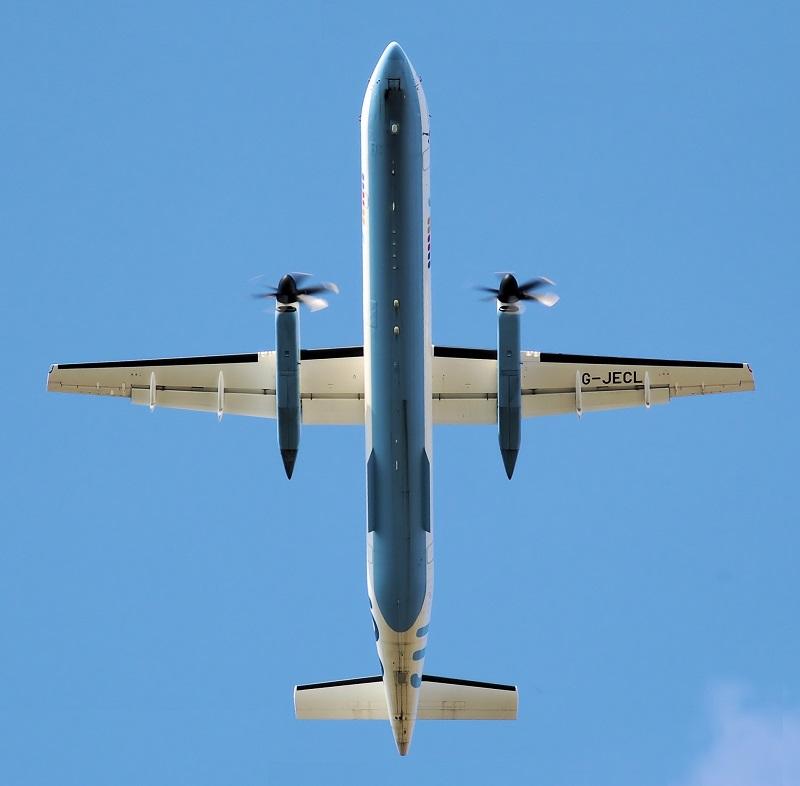 We are used to seeing some very impressive aircraft in the firefighter role. Old airliners or even cold-war era bombers, usually. Convairs, Lockheed Electras, and others. We now see some newer airliners, but companies like Conair wanted a new workhorse. They have some Avro RJ85s that have impressive tank capacity (11,355lt/3,000gal). But they wanted something efficient, that is still in production. The rugged Q400 fit this firefighting role rather well.

With a 10,000 litre tank (2,642 gallons), the firefighting Q400’s capacity is only a bit smaller than the four-engined RJ85’s. Unlike the ATR 42/72 family, that has its landing gear in the fuselage, the Dash-8 carries them in very long struts, extending down behind the engine nacelles. This adds a bit of weight. It also means that the fuselage of the Q400 has a nice, clean, cylindrical shape. And this is rather handy. 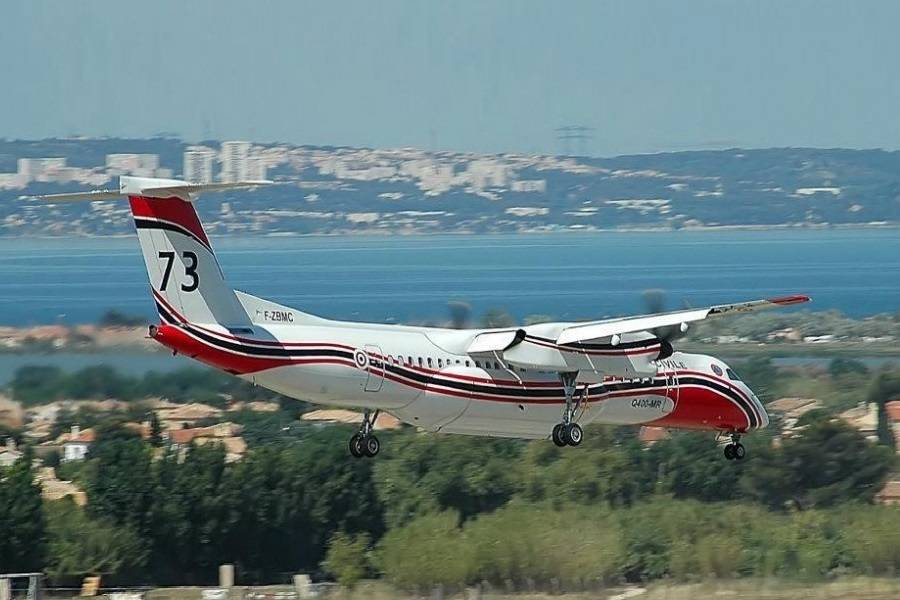 Like the rest of Conair’s conversions, the Q400 (Q400AT, for ‘air tanker’) carries its firefighting tank outside the fuselage. This has some interesting implications. The modification is somewhat simpler, modifying fewer aircraft systems. And it means that the aircraft’s pressurization system still works in ferry flights and in transit to the fire. 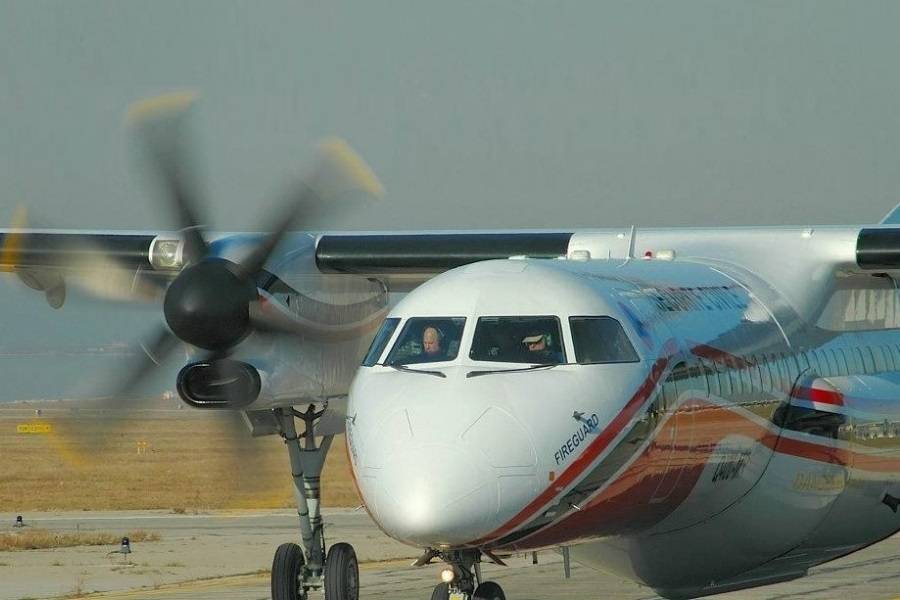 Barry Marsden, CEO of Conair had this to say, on the latest acquisition of the 11 soon-to-be firefighting Q400s:

“We look forward to manufacturing the Q400 aircraft into airtankers out of our hangars in Abbotsford, British Columbia, employing a group of specialists during a particularly tough time for the aviation industry. It makes us proud that this Canadian-made, De Havilland Canada airframe, powered with Canadian-made Pratt & Whitney engines, will be modified by our team in Canada, and then put into operation around the world to help our partners suppress wildfires for what could be decades.” 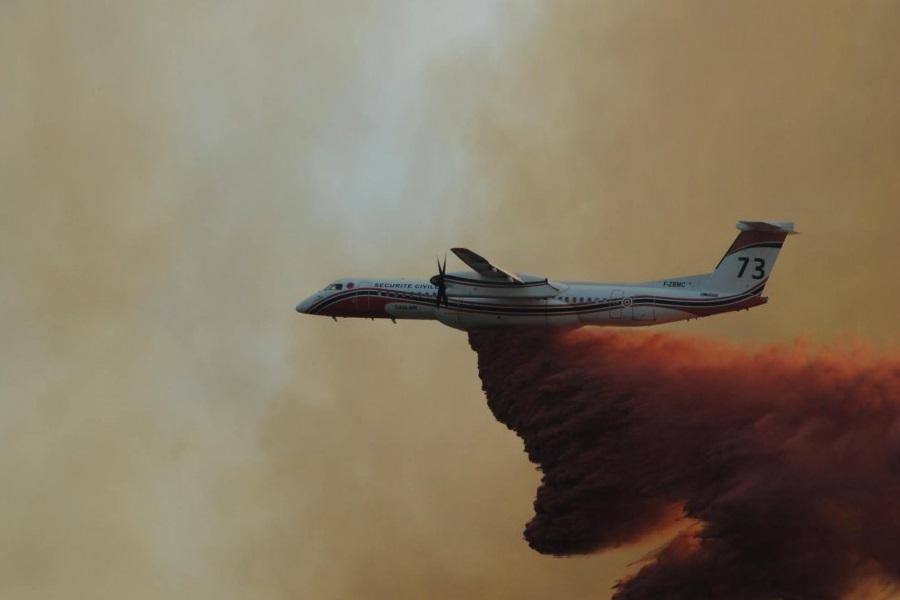 The company has been working on its firefighting Q400 conversion since 2005. Somewhat ironically, the availability of so many stored Dash-8s has probably helped them source good airframes. But the company wants its source aircraft to stay in production, and in its original, passenger role, as long as possible. Let’s hope that they and De Havilland Canada get their wish on that one…

All photos by Conair Group Inc