Less than a week after the FAA, EASA gave its approval to the Boeing 737-8200, a higher capacity version of the MAX-8 aircraft.

We billed it as the first test between EASA and the FAA, after the ungrounding of the MAX. In the end, it was something of an anti-climax. On Tuesday, EASA revised the certification documentation for the MAX series, to include Boeing’s 737-8200. Given the small differences between this and the 737-8 and 737-9 MAX models, this wasn’t a surprise. But given the background of the MAX, it was always one hurdle to look out for.

This followed FAA’s certification of the type last Wednesday. There are no US customer airlines for this aircraft. As far as we know, its only confirmed operators are Ryanair in Europe and VietJet, in Vietnam. As we recently saw, Vietnam will start allowing MAX aircraft to transit its airspace. But the fact they went through this process without approving the jet, suggests that VietJet will have to wait.

However, EASA’s approval now means that Ryanair could soon start picking up its 737-8200 jets from Boeing. The airline has previously stated that they planned to pick up eight of them in April. If that works out, eight more will come in May. Ryanair doesn’t expect to get more of them, before the summer. And with current expectations for this season, nor do they need to. Last December, they said they could get up to 50 of the jets by the end of 2021.

Now with EASA’s stamp, the 737-8200 differs from other Boeing MAX-8 mainly in its cabin interior, as we’ve seen. It is targeting airlines that don’t rely as much on galley services, so the rear galley and restroom are reconfigured. To permit the use of more seats, these aircraft have one more exit on each side, just behind the wings. This theoretically permits more than 200 seats, but the jets reportedly come with 196-197. This drives cost per seat and emissions down, making them 5% more efficient than the 737-8! 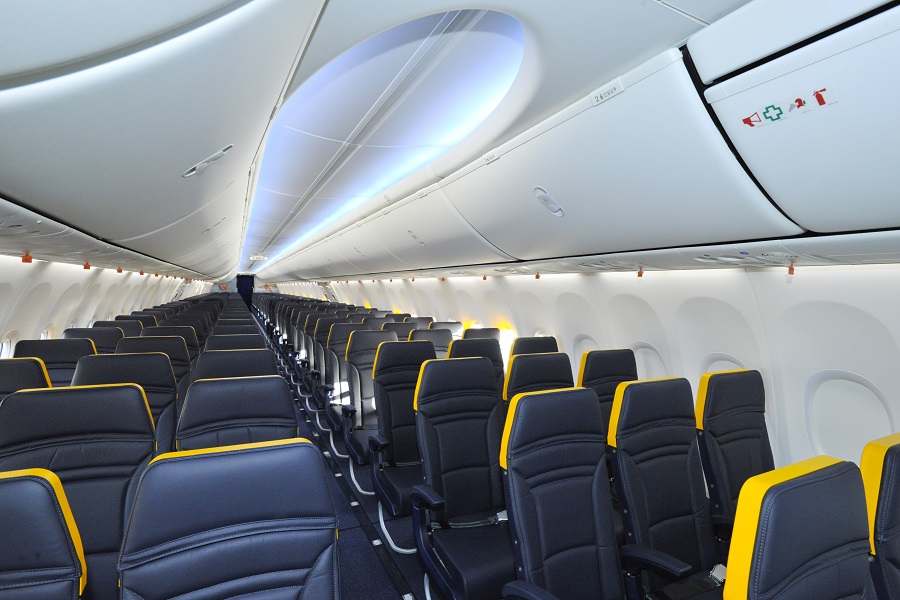 With the 737-8200 out of the way, Boeing’s next hurdle with EASA will be the approval for the 737-7. However this will be a bit of a theoretical one: there are no orders for the jet from European operators! This could change if/when the airlines take up any options. Airlines in Europe could also pick up some of these from lessors – if any lessors eventually order or option them. Until they do, the MAX-7 only has 222 firm orders worldwide, from two airlines: Southwest and WestJet.

Then there is the 737-10. We already know that EASA and other authorities expect more changes to the MAX family, before approving the MAX-10. We don’t expect this to happen before 2023. There is considerably more interest in this model than the 737-7, so quite a few European eyes will be looking forward to this process. This is the only MAX variant that Ryanair has expressed interest in, other than the Boeing 737-8200.