The Covid-19 pandemic accelerated the demise of four-engined aircraft. But ironically, it revitalized the hub & spoke model that these planes were meant to serve. This still won’t save these aircraft, but it has interesting effects for the airlines that used them. This article looks at the hub & spoke model, its temporary resurgence in the pandemic and what its prospects are.

As its name suggests, the point-to-point system connects all airports that an airline serves directly with each other. In reality not all available airport pairs will have connections, simply because the demand won’t be there. But the alternative is to have one big airport hub, connecting itself with all other airports. That is the hub & spoke system. In places like the United States, airlines often have two or three big hubs with interweaved ‘spoke’ airports. 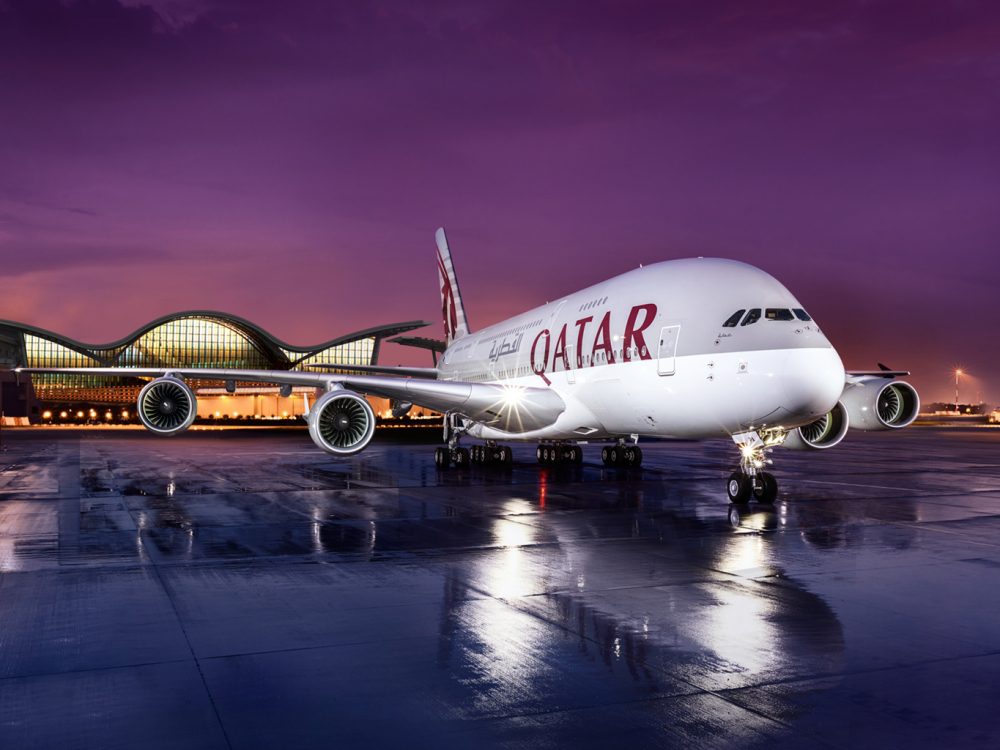 Hub & spoke systems work well for countries with only one major airport, as a base.

The benefit of a hub & spoke system is that it requires a limited number of routes. An airline with one hub and eight satellite airports, will have just eight flights out, with another eight returning. This layout requires that the hub airport can take the strain, because ALL flights will be using this airport. And in turn, this means that this layout requires larger aircraft. That allows more people to move per airport movement (take-off or landing).

The catch with the hub & spoke system is that it doesn’t work well in seasonal destinations. Unless of course seasonal demand for destinations ABC lowers just as demand for destinations XYZ rises. But this is a bit rare. So, aircraft that are in hot demand for some of the year, will stay on the ground in the off season. Airlines don’t like this. They will accept a limited amount of it, because it helps with maintenance scheduling. But not if it means having a large proportion of the fleet sitting unused.

Some mention cargo operators, saying that they use hub & spoke systems. This is a bit misleading. Cargo companies certainly use main hubs, with the right infrastructure to load, sort and otherwise handle shipments. But a pure hub & spoke system in cargo would inevitably see freighters returning empty on some legs. Instead, cargo operations usually involve linking a chain of destinations, in long, multi-leg round trips. They need to have the right supply chain in place to keep the planes as full as possible, throughout. That’s a daunting task in itself, with the operation not quite fitting either hub & spoke or point-to-point definitions.

Finally, hub & spoke systems are not as efficient as point-to-point systems. A passenger will have to cover more distance (and need more time) than if he/she travelled directly. In practice, this wasn’t an issue until recently. To counter this problem with the point-to-point system, we needed to have smaller-capacity aircraft, with very long ranges. And we didn’t have them… or did we?

Have you ever bought something expecting to use it one way, but found that it’s useful for something else? Some airlines had this sort of experience with their Boeing 757s. Originally, airlines got them to replace their 727s. But these planes had both the capacity and the range to do transatlantic trips, for example. The airlines didn’t really expect to use it this way, but they did. The aircraft proved profitable in long but low-demand (aka ‘skinny’) routes. Suddenly an airline could use a 767 for this route in high-season, and swap to the 757 in the low season. It was an “a-ha” moment for Boeing and Airbus.

The 757 remained profitable well after its manufacturer thought it would.

The two manufacturers designed the B787 and A350 respectively, in response. Airbus also launched the re-engined A330neo, which better matches the size of the 787. Then more recently, the two makers introduced longer-range versions of their single-aisle aircraft. While not quite matching the 757-300, the Airbus A321XLR in particular gets close: fewer passengers, more range. The Airbus outclasses the 757-200, carrying as many passengers, further, with 25% less fuel.

These developments shook the hub & spoke model. Passengers could always fly directly from each ‘spoke’ in the system, saving time. Now they could save money as well. Smaller aircraft being efficient in long ranges, means that airlines can offer routes with less demand, and still make money.

It also means that these smaller aircraft will be easier to use for different routes at different times of the year. They’re generally efficient in short trips as well, so airlines have many options for their use, if things change.

Covid-19 And The Return Of Hub & Spoke

The pandemic and the resulting lockdowns grounded large numbers of aircraft. As we saw, it also got airlines to retire many older or inefficient aircraft. It’s important to remember that plans to retire the big 4-engined jets predated the wondrous year of 2020. Airlines had already seen the writing on the wall, regarding hub & spoke systems and the aircraft that operate them.

And this is when something weird happened. As airlines hunkered down to save as much money as possible in the crisis, some returned to a hub & spoke system. With demand for travel being so low, early in the crisis it was the only thing that made sense. Airlines saw their planes flying at record-low capacities and returned to the previous system. This involved closing bases and concentrating operations in limited numbers of airports. 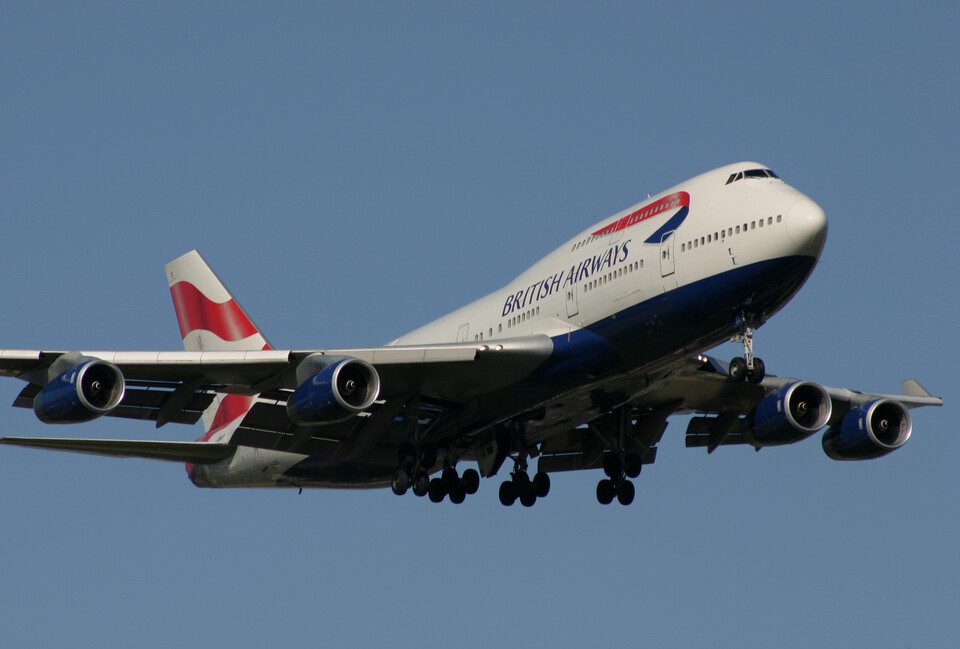 While the hub & spoke system had a brief respite, operations were so scaled down that the wondrous giants couldn’t benefit.

Earlier this month we saw British airways ceasing operations in Gatwick airport. This made Heathrow their only base in London. This would have been unthinkable a new months ago. Other airlines made similarly painful decisions. However, this didn’t make low-cost carriers, that overwhelmingly use the point-to-point system, move to hub & spoke operations. Quite the contrary.

Zigging When Others Are Zagging

Initially, some LCCs reacted similarly. They closed bases and concentrated operations in fewer airports. However, this didn’t require a radical change in the way they organize their operations. Cuts were painful, like they were for everyone else. So, they didn’t really lose any advantage, compared to traditional carriers with a history of hub & spoke operations.

More to the point, some LCCs that had the right resources, now adopt a more aggressive attitude. Southwest recently went completely the other way. In essence, they first combined flights in given routes, to fill the planes more. Then they used the rest of the aircraft in new routes. They may have fewer flights per route in this way, but they expanded their network and gained market share.

In essence, Southwest recognized something crucial: the resurgence of hub & spoke isn’t just temporary. Soon, the situation may be reversed completely. With the efficiency of point-to-point a given, the post-Covid picture will heavily favour those who stuck with it. Others in Europe like Ryanair or Wizz Air are already gearing up to use similar strategies. Their only snag is the current waiver on the 80% slot rule. But they will fight to get their way, and airports will probably side with them. 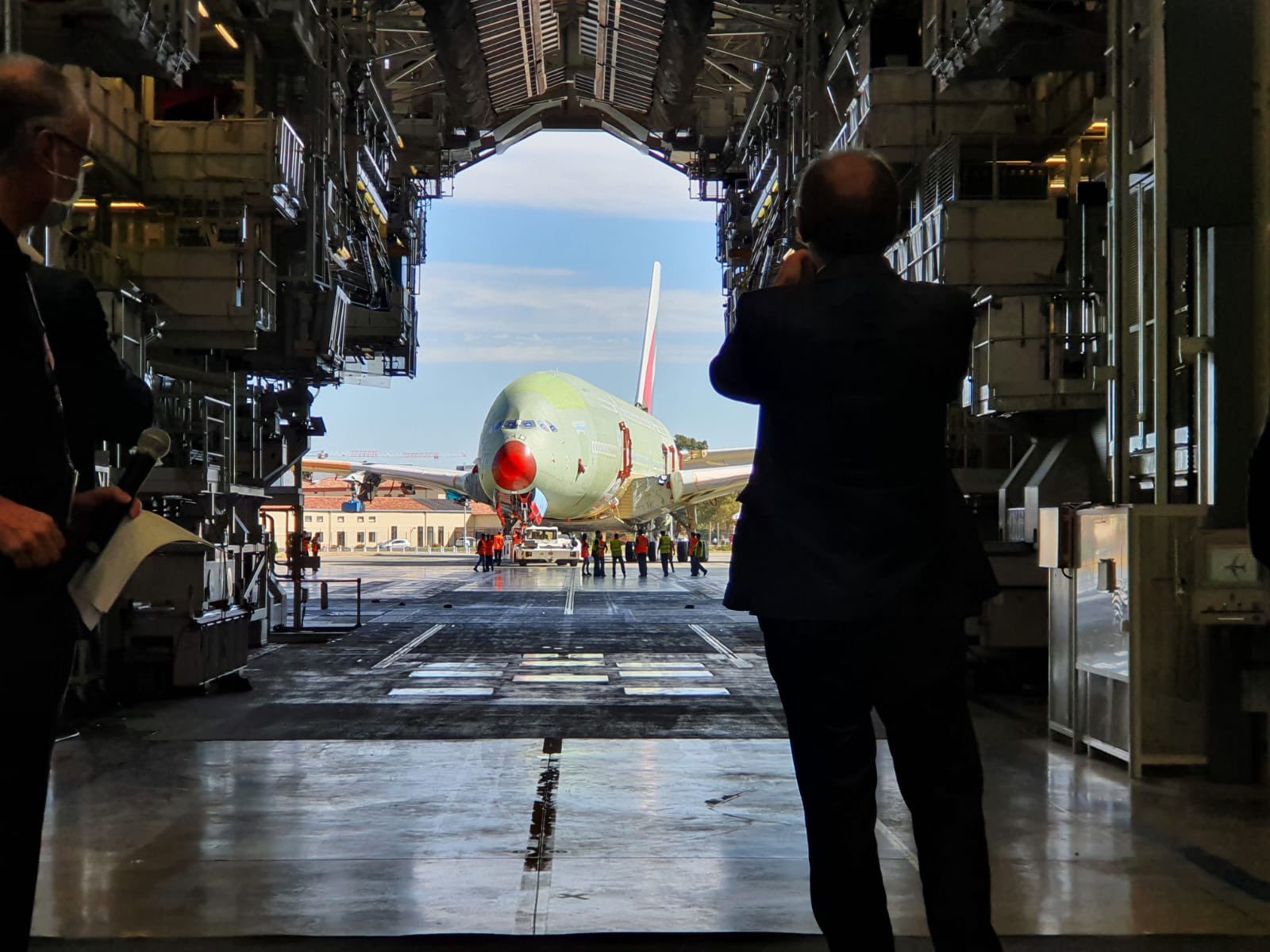 The last Airbus A380 left the factory only this summer.

This still leaves the airlines that stuck to hub & spoke operations before the pandemic. They will be looking to replace their remaining superjumbos. Some, like the Gulf country airlines, will stick it out a bit longer. They too will eventually move to smaller (but still big) jets, but their location means they don’t have to hurry. But like many others, they really want international travel to restart.

As do all of us, frankly…