COMAC C919 To Fly At Air Show In China

China’s COMAC looks set to showcase its C919 single-aisle airliner at the upcoming Zhuhai air show, the largest such event in the country.

There is quite a bit of ambition around the C919, as it becomes the narrowbody that will challenge the single-aisle duopoly of Boeing and Airbus. But this statement comes with a few conditions. For now, there are no orders for the C919 outside China – despite the occasional show of interest, here and there. Also, the aircraft’s development and certification have faced very long delays – and some controversy. 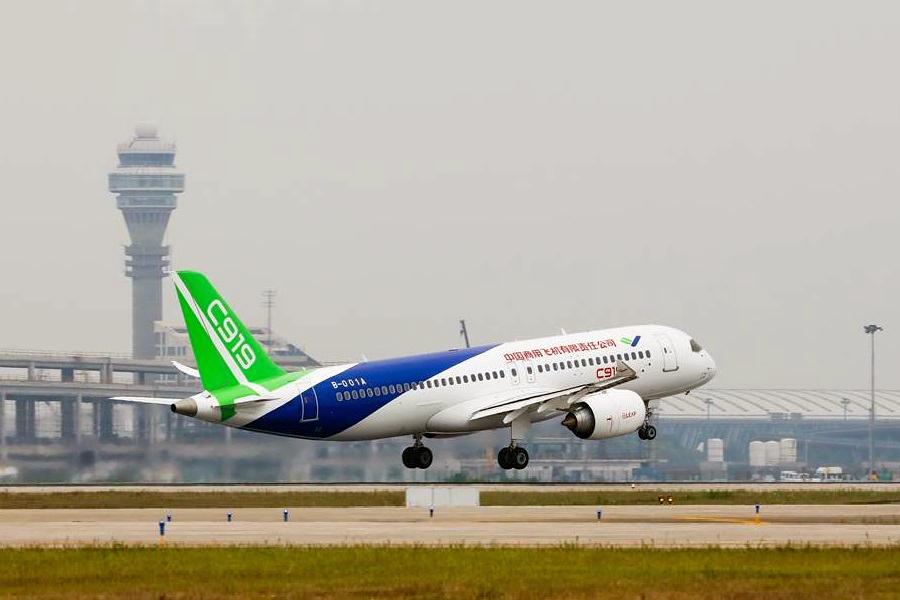 The C919 got its certification in September this year. However, this doesn’t mean that it is about to enter service. The aircraft still needs a production certificate, which may or may not come quickly. Elsewhere, aviation authorities generally issue this certificate days after each aircraft’s certification. COMAC’s previous airliner, the ARJ21, didn’t get it until nearly a year later.

Last week, COMAC announced that the C919 would appear in the Zhuhai air show. Not only that, the aircraft will perform a demonstration flight on each of the six days of the show. This isn’t actually the first time the aircraft appears at an airshow. The new type was featured in the Nanchang air show, at the end of 2020. 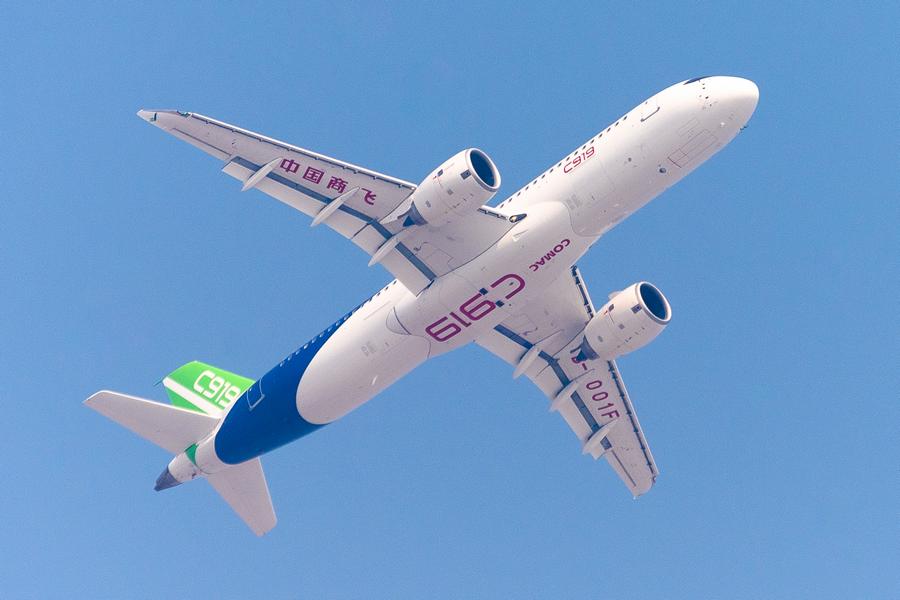 The C919 At The Biggest Show

But this was a much smaller event – and one taking place at a time when restrictions drastically reduced the number of visitors. COMAC had wanted to display the aircraft in Zhuhai last year. But the type’s certification delays meant that this wasn’t practical.

With supply chain delays limiting the flight schedule of the prototypes, the manufacturer decided to keep the C919 fleet away from the country’s biggest air show. These supply chain problems are part of the controversy around the new aircraft. The Chinese aircraft type relies heavily on avionics, engines, and other components from foreign suppliers.

With worsening relations between the US and China, sourcing some parts even for the test aircraft proved difficult. And in the years before, several individuals in the US and elsewhere were suspected of espionage on the company’s suppliers. Despite its lack of market penetration outside the country, China’s importance as a market for Boeing and Airbus makes the aircraft a serious worry for both manufacturers.

In a parallel development, the return of the 737 MAX to service in China is yet to come. We recently saw that China Southern looked set to fly at least some of its 737-8s, as the type appeared in its flight schedules. But the airline has since canceled these flights, after more lockdowns. Some have suggested that the return of the 737 MAX and the C919 (and its supplier problems) may have some links. We will have to wait and see if there is some truth in this.