South Australia police released video of a man pointing a laser at one of their helicopters. Police on the ground arrived to find the man still holding the laser.

The 48-year-old man from Adelaide faces changes of “prejudicing the safe operation of an aircraft”, “acts likely to cause harm” and “possession of a prohibited weapon”. South Australian law lists lasers more powerful than 1mW as offensive weapons. The highest penalty for prejudicing the safe operation of an aircraft in South Australia is 14 years in prison. The man was released on bail and will appear before a Magistrate’s Court next month. 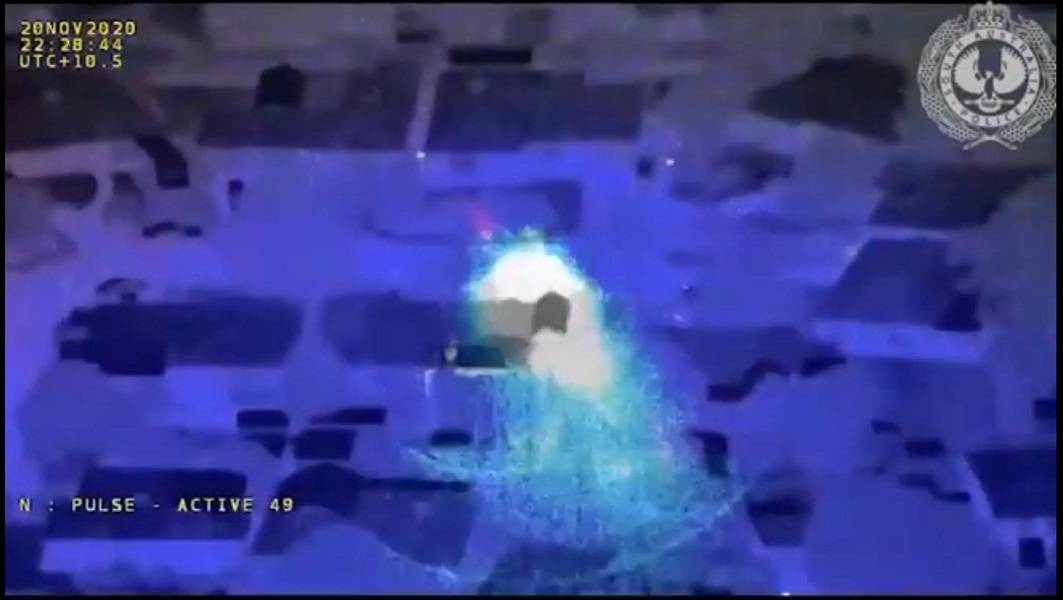 Pointing a laser at aircraft is not a joke. Lasers can hurt people’s eyesight even at extreme distances, in the right/wrong circumstances. A few months ago, the crew of a British Airways aircraft, was lasered after leaving Heathrow for a transatlantic flight. They decided to return to Heathrow while they were over Ireland, dumping fuel before landing.

This was only one of many such incidents. Events where people pointed lasers skyward seemed to happen more and more frequently. Often multiple pilots would report such incidents in the same area, within a few minutes or hours. The current slowdown may have reduced such events. In any case, authorities try to raise awareness to keep them under control. 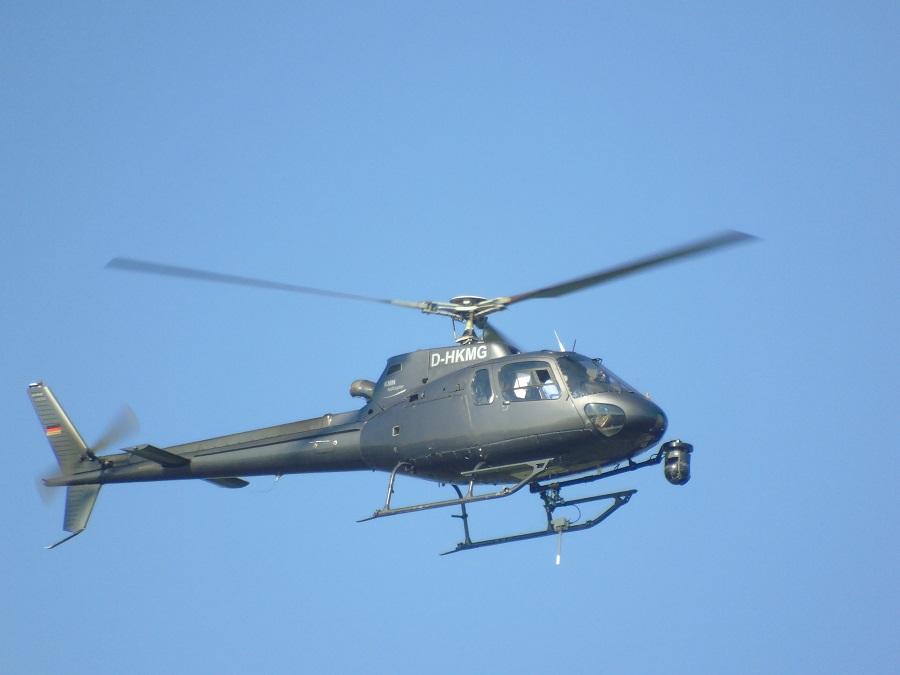 Helicopters with increasingly capable camera systems are commonplace by now

Whenever possible, local police authorities try to fly helicopters over areas with ‘laser events’. Some people take the message, i.e. that pointing a laser to a plane caused a helicopter to show up. So, they stop. Hopefully they realize the seriousness of the matter and don’t repeat it.

Other people need a bit of help understanding the problem, and in these cases the police can educate them. The helicopter footage shown in these videos is from thermal and infra-red cameras. Lasers don’t show very well in the thermal camera, but are overwhelmingly obvious in IR.

Pointing Cameras Back At A Laser

These technologies have existed for some time, but were prohibitively expensive, even for some policing authorities. They are progressively becoming more affordable and more advanced, however. Now even some mid-sized drones can have such cameras, or at least smaller versions of them. But still good enough for search and rescue operations.

So if even drones can have decent thermal/IR cameras, new equipment in helicopters is impressive. These systems can distinguish facial features from hundreds of meters away, in total darkness. So spotting a blinding laser pointing at them, isn’t really a challenge. South Australia Police’s air branch (AirPol) began upgrading the thermal/IR systems on its helicopters just three years ago.

But even slightly older systems are quite impressive, as shown in the 2014 video below. This police helicopter reportedly went near that house investigating a reported ‘Laser Event’. The message being, please don’t point lasers at people, at any distance. Pilots on the receiving end of a laser often need medical attention, and/or need to stop flying for several days, until their sight recovers. And they are in charge of the lives of hundreds of people on board, not to mention the people they are flying over.