The pilots of another DC-3 turboprop in Colombia lost control on the runway, just 5 days after a similar accident. There were no fatalities.

This accident happened on Wednesday the 13th of April. It involved a DC-3 turboprop conversion, specifically a Basler BT-67. The aircraft belongs to Colombia’s National Police (Servicio Aéreo de Policia Nacional). Its crew were performing a flight from Florencia-Gustavo Artunduaga Paredes Airport (SKFL) to Villavicencio-La Vanguardia Airport (SKVV), in Colombia. 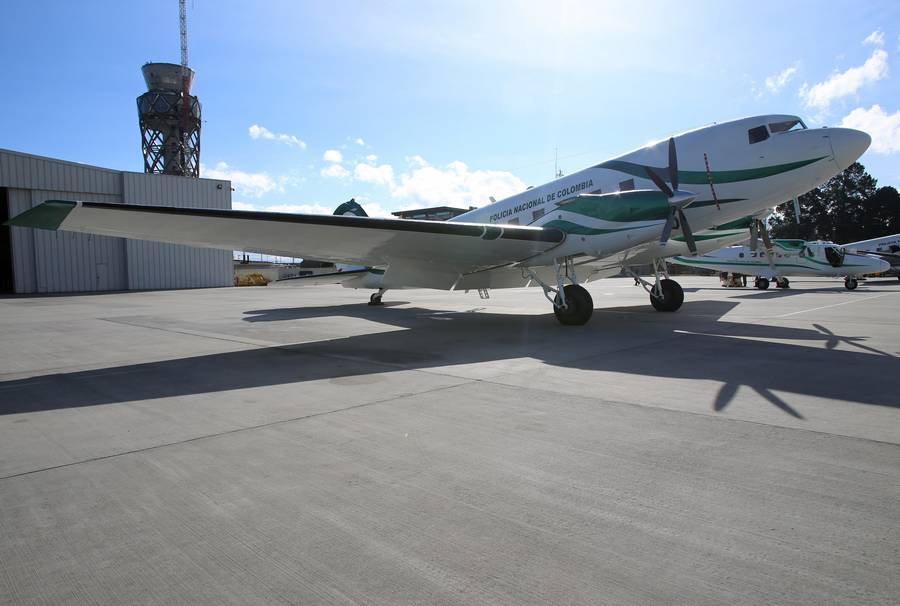 The plane was reportedly stopping at Villavicencio to get fuel, before continuing to Fabio Alberto León Bentley Airport (SKMU). Sources in Colombia are still unclear regarding the number of people on board the DC-3 turboprop. Some indicate that there were 14 occupants in total. Others suggest that there were 26 passengers and crew on board. According to the operator’s website, this particular Basler BT-67 can carry 35 passengers or 7,950 pounds (3,606 kg) of cargo.

An observer shot a video of the DC-3 turboprop from the tower of the airport in Colombia. The DC-3 crew were landing on runway 23. But it appears that what started as a landing turned into a go-around when the crew lost directional control. The crew attempted to pull the aircraft off the ground at low speed, causing it to stall. As a result, the aircraft crashed near the airport perimeter. 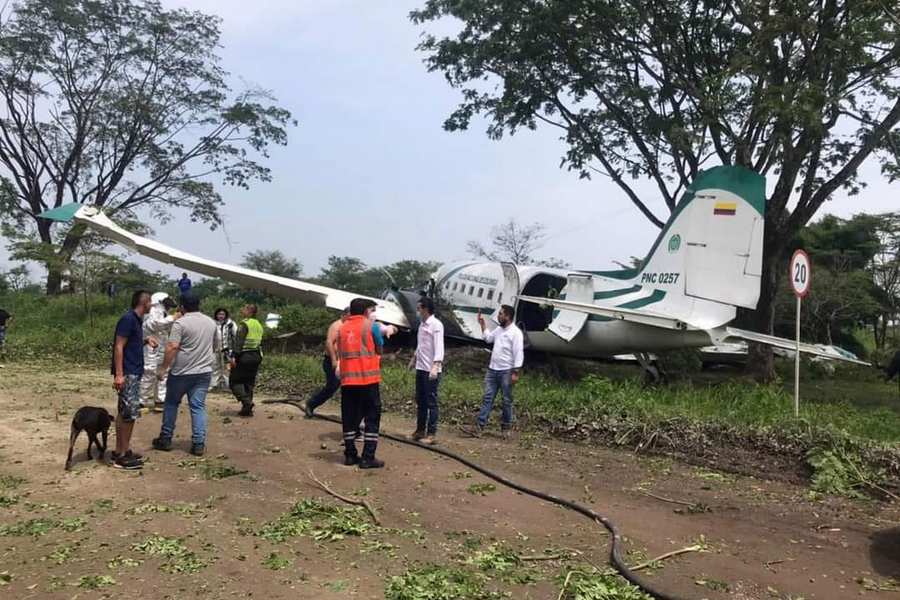 The plane after the crash. Photo: @JacdecNew via Twitter

Analysts familiar with the DC-3 point out that the aircraft is at the three-point attitude, at a relatively high speed. And according to them, this is a serious mistake as it causes the fuselage to mask the rudder, causing a loss of directional control. Also, the high angle of attack of the wing generates lift that degrades the crew’s ability to control the plane using differential braking.

The crew of the DC-3TP that had an accident 5 days before also lowered the tail at speed. In both accidents, crews indicated that a wind gust contributed to the problem. Neither mentioned any issues regarding the execution of the landing itself. Some sources, including the National Police of Colombia website, identify the DC-3 turboprop in yesterday’s accident as a DC-3TP. This is a different turbine conversion for this type. 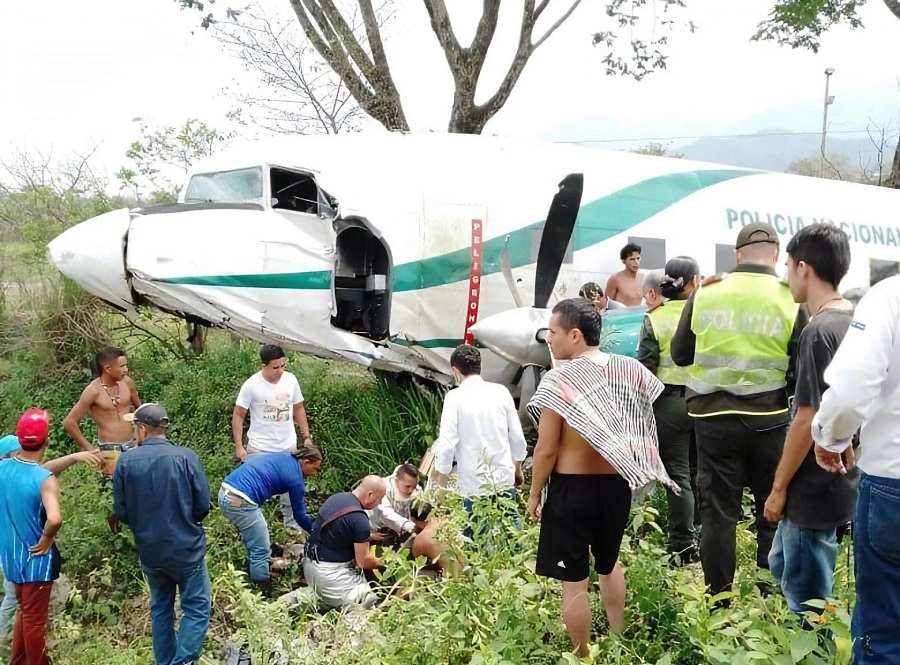 However, the aircraft with tail number PNC-0257 shown here is clearly a Basler conversion. Both conversions use the same engines (Pratt & Whitney Canada PT6A-65). However, the installation is different, the exhausts being the most obvious difference visually. The conversions also have visible differences in their wings.