Want To Travel With A “Smart Bag”? Read This

Do you want to fly with a smart bag, i.e. a carry-on bag with a built-in power bank to charge your portable devices? If so, do your homework!

The idea behind smart bags is quite straightforward. We all use our portable devices much more when we are on the move. And obviously, we tend to have some kind of bag or suitcase when we travel. So it didn’t take long for manufacturers of travel cases and power banks to put two and two together. But you may have already figured out that there is a serious “gotcha” in this idea. 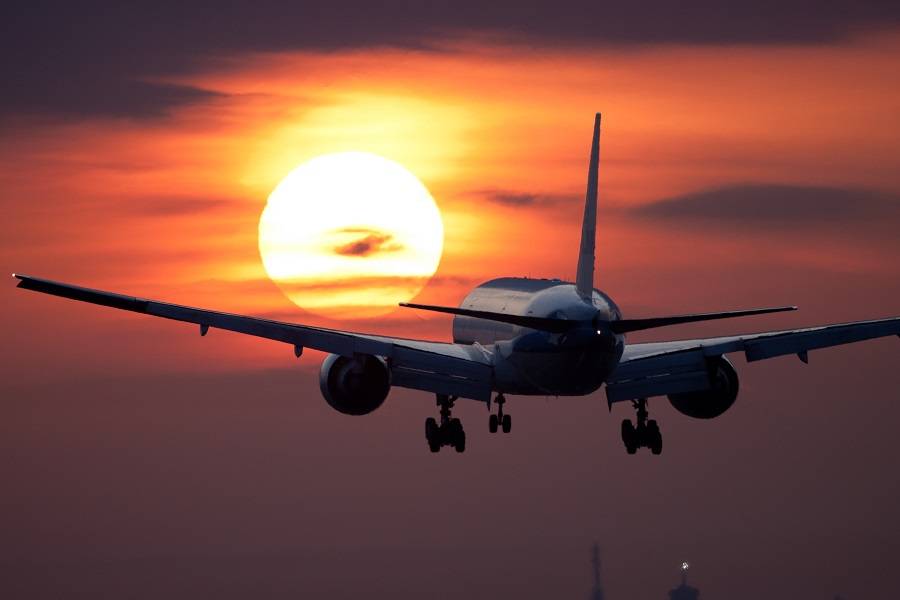 In case you didn’t know: airlines really don’t like lithium batteries. And obviously, that’s precisely what a smart bag or any power bank uses. It’s also what our phones and tablets rely on. So there are certain things that you should you know if you are traveling with a suitcase that incorporates a power bank in it.

Firstly, you should know that the battery or power bank unit must be removable. Secondly, you must actually KNOW how to remove it! Unless you travel often, you may have a smart bag but simply not know or remember how to handle its battery pack. Thirdly, most airlines will ask that you carry the power bank or power unit of your smart luggage on your person. You can’t leave it inside a bag in the overhead lockers. 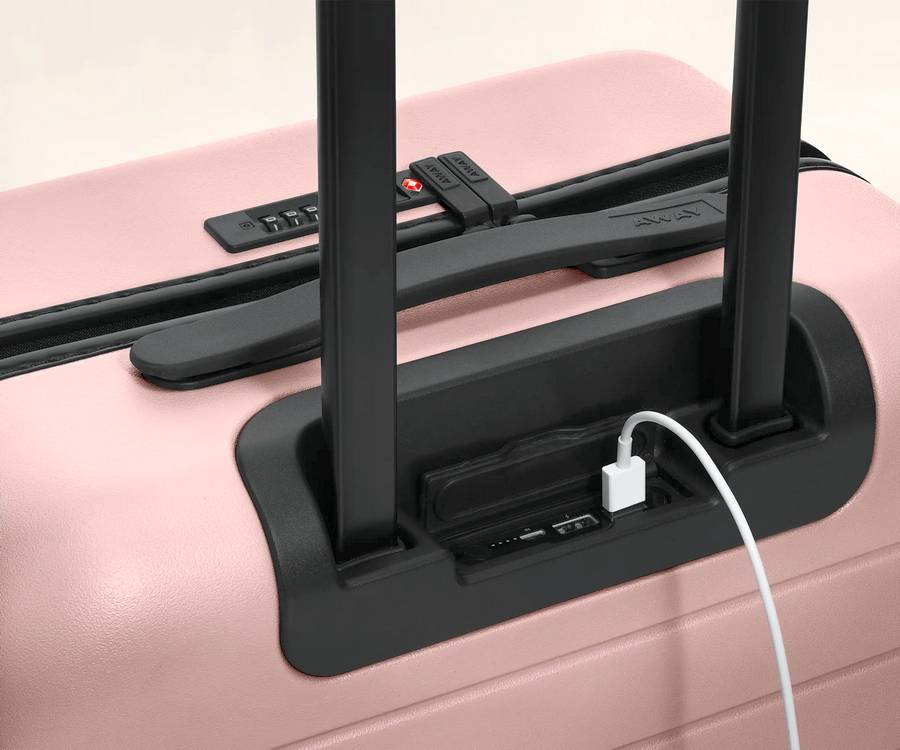 Companies like Away and others make cases with removable battery packs. Photo: Away

Each airline phrases its rules differently, but they all broadly follow the same lines. And this isn’t a coincidence; these rules come from ICAO – and they’re not new. They first started coming in about five years ago, or slightly before. Also, note that battery removal is necessary whether or not you intend to check in this bag.

You will also need to show that you can cover any connection terminals. Further, many airlines will want to check the size of this battery in Watt hours (Wh). Most airlines won’t accept it if the battery is more than 100 Wh. And the battery pack of the smart bag must have its capacity written on it, in watt-hours. 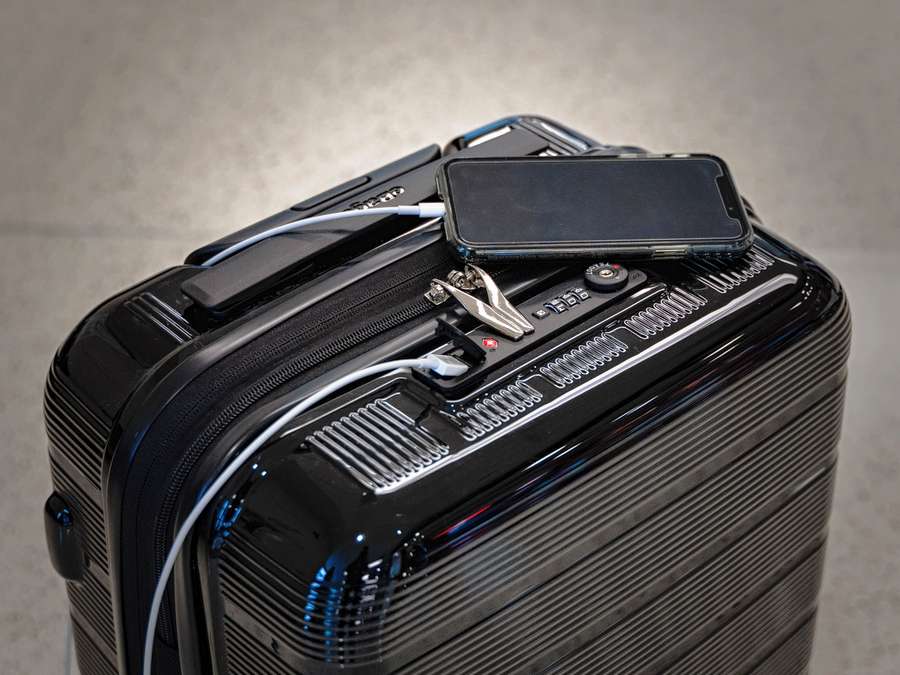 Is This Enough Battery?

How much 100 Wh is in mAh (milli-Amp hours), depends on the battery cell voltage. But typically, it would be around 27,000 mAh. And by the way, that’s a generous limit, that all but the largest power banks would fall under. A power bank that could charge most phones 4-5 times would be in the 20,000 mAh/75 Wh range. But make sure you confirm that your device is not over the limit.

By the way, the same limits typically apply to normal power banks and other devices with lithium batteries. And like a smart bag, they, too, generally can’t be in your checked baggage, either. Once again, check the terms and conditions that are specific to your airline, when you make your reservation. 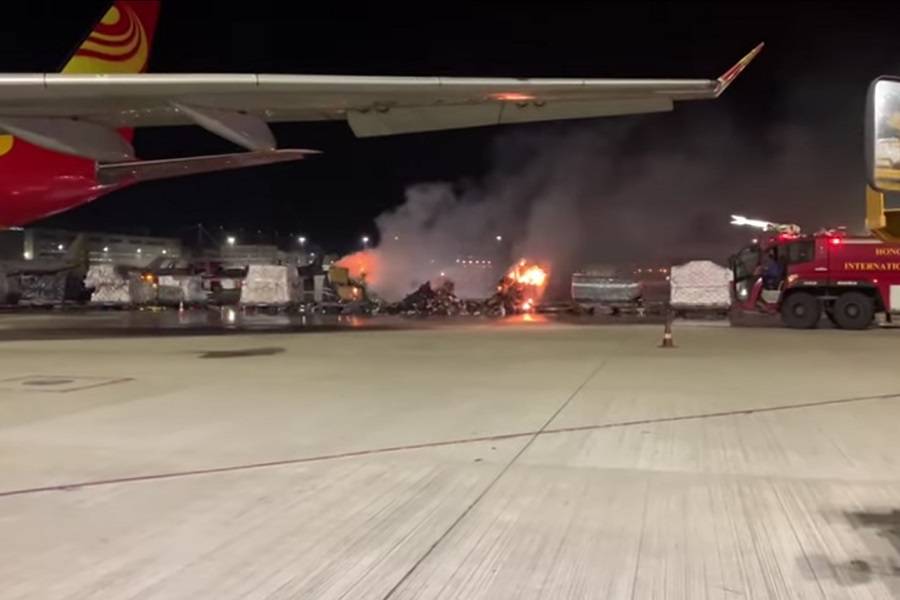 A burning pallet of new phones. Those on the bottom got crushed from the weight of those above. Wrong packaging/packing.

But you may ask: why is all this such a big deal? Why would a smart bag or a power bank be a problem for an airline? This is because, under certain conditions, lithium-ion batteries are a fire hazard, for a variety of reasons. A strong impact or too much weight/pressure on the battery can deform it. Or, another heat source could cause it to get too hot. Production and assembly flaws within the battery cells can also cause problems.

A Thermal Runaway In A Smart Bag?

The result could be what the industry refers to as a “thermal runaway”. This is where the failure and ignition of one cell can trigger those around it to ignite as well. Batteries certified for aviation use have to demonstrate resistance to thermal runaways, with careful spacing and the right materials between cells. This isn’t really the case for a battery in a power bank or smart bag. 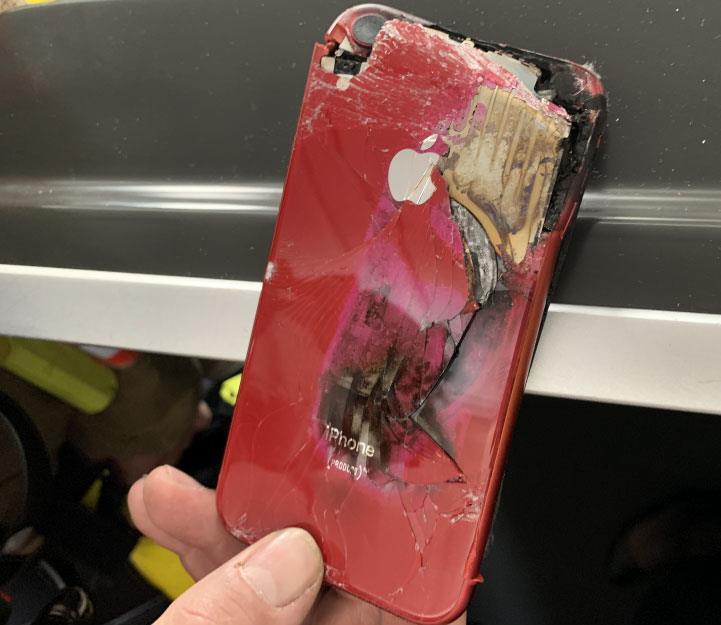 The industry has seen several incidents and accidents involving lithium batteries that passengers brought on board aircraft. Simply dropping a phone on the ground and then someone else stepping on it by accident could make it happen. Phones falling through cracks into the sliding mechanisms of business seats (photo above) have also caused in-flight fires.

These events explain why airline cabin crew want ANY lithium battery, from a smart bag or any other device, to be accessible at all times. It’s also why they don’t want it in the overhead lockers, where your bag could be under another, heavier bag, that’s moving around. Cabin crews have specific equipment and procedures in place about how to deal with a device that bursts in flames. For example, they have fire-resistant bags that a phone, tablet, or small laptop can fit into.

Obviously, a smart bag or case, with a lithium battery “buried” within, would be too big to fit in such a bag. So having direct access to the battery device/pack is non-negotiable. Crews have more procedures around these devices and potential fire sources. A fire is a serious threat to an aircraft, and crews take it extremely seriously. Fortunately, smart bags that have been on the market for the last few years do have removable batteries, for all these reasons.