US Air Force Target Drone Washes Up On Florida Beach!

A military target drone washed up in Palm Beach County, in Florida, two days ago. The drone may have been in the water for some time.

It’s not unheard of for odd things to wash up on a beach, but this one is more odd than most. Passers by on a south Florida beach came across a rather ominous-looking target drone, last Friday. There was no doubt about who its owner is. The ‘International Safety Orange’ (really, that’s the name of this colour)-painted machine had ‘USAF’ roundels and titles on its sides. 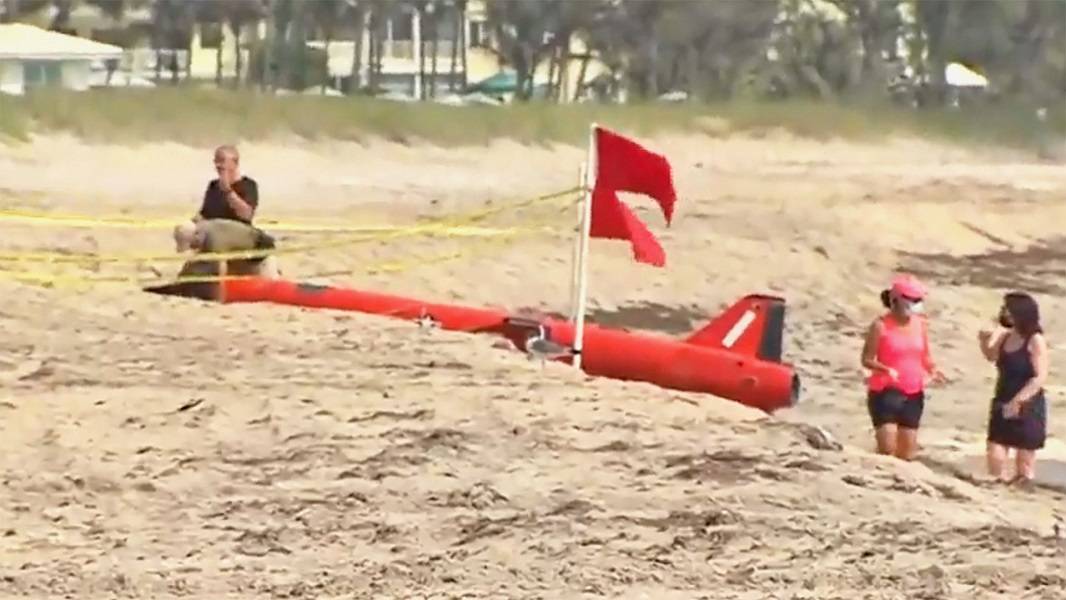 The drone on the beach. Photo by @JeffreyJDavis via twitter

The target drone also had inscriptions like “LIVE MUNITIONS” and “CIVILIANS LEAVE IN PLACE”, along with relevant contact information. For the most part, people did indeed leave it alone, notifying the police. They in turn kept other people at bay, while the air force or coast guard could retrieve it. So what sort of drone is this, and what was it doing at a Florida beach?

The drone is a BQM-167A, an Air Force Subscale Aerial Target (AFSAT). Its original manufacturer is Composite Engineering Inc. The company is now part of Kratos Defense. As its name suggests, the drone’s role is to represent a realistic, maneuverable target. Fighters can use it to test their targeting and weapon systems. Air defence installations can also use its services. Its users won’t necessarily shoot something at it, but that’s part of its role, too. 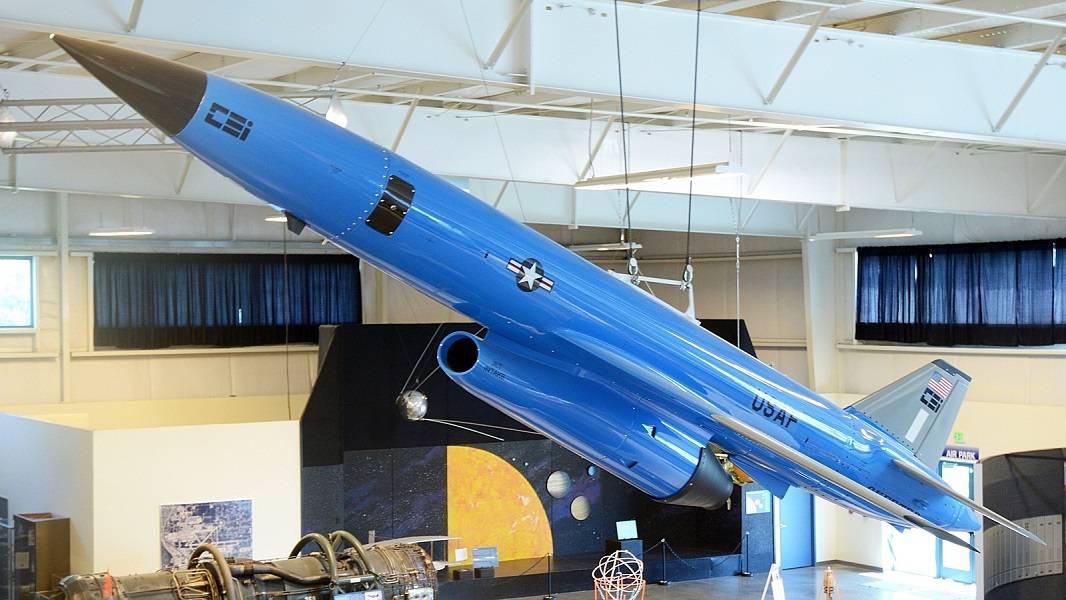 The drone is an affordable (relatively speaking) but really high-performance flying target. It can simulate fighters, cruise missiles, or (with radar signature augmenters) something much bigger. So it can fly from anywhere between 230 and 600 knots at sea level, or climb to 50,000 feet. It can take 9G loads, and speeds up to 0.92 Mach. Power comes from a 1,000-pound MicroTurbo TR 60-5 turbojet engine, in a pod under its fuselage. The drone has no landing gear. It’s launched from a sled, using a rocket booster. 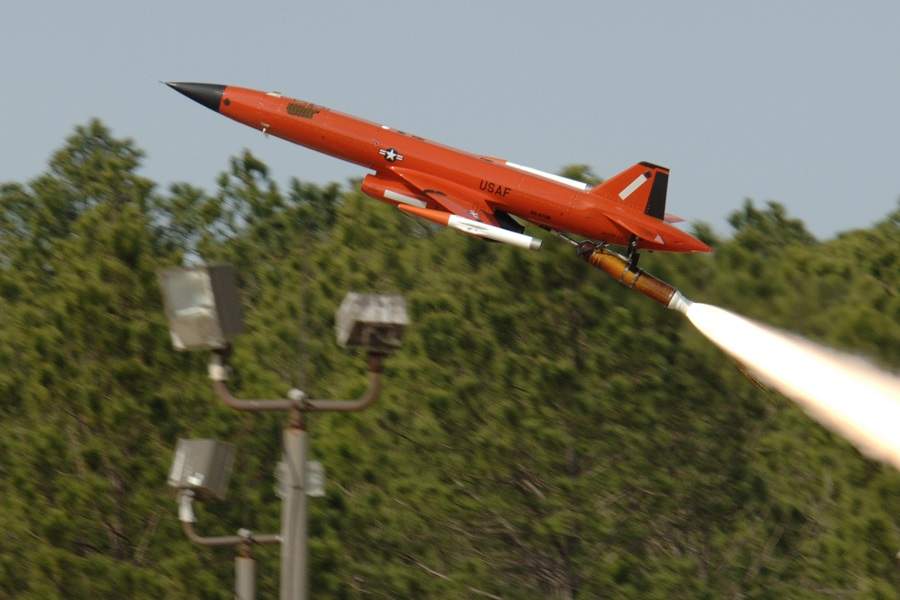 For recovery, its tailcone (missing in the beach photo) pops open, to reveal a parachute system. It is recoverable from the ground or the sea. The target drone’s design is deliberately tough, to allow refurbishment and reuse. That’s an important quality, for something that will routinely be shot at! Its construction mainly consists of carbon fiber and other corrosion-resistant, lightweight composites. The US Air Force actually has a small fleet, whose job is to retrieve these drones. Clearly, this one got away. 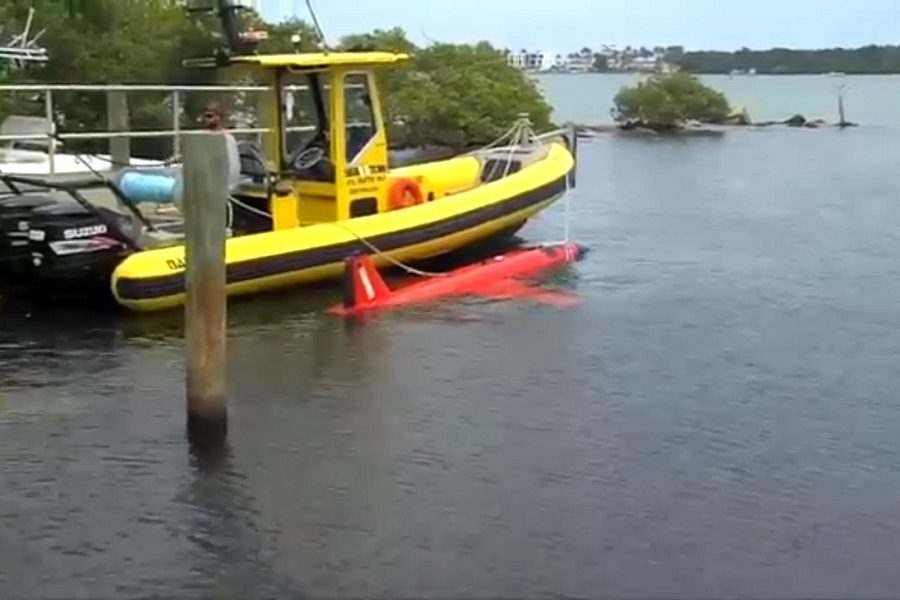 Normally, if it survives any hostilities, the target drone will pop its chute over the water. It should emit a signal, telling its operators where it is, so they can pick it up and reuse it. But perhaps it didn’t have a good day, in its last outing. The normal launch site for these drones is Tyndall AFB, on the north-west side of Florida (the ‘pan handle’). From there, they fly out to sea, over the Gulf of Mexico. But this one washed up at Ocean Ridge Hammock Park in Palm Beach – on the east coast of Florida! 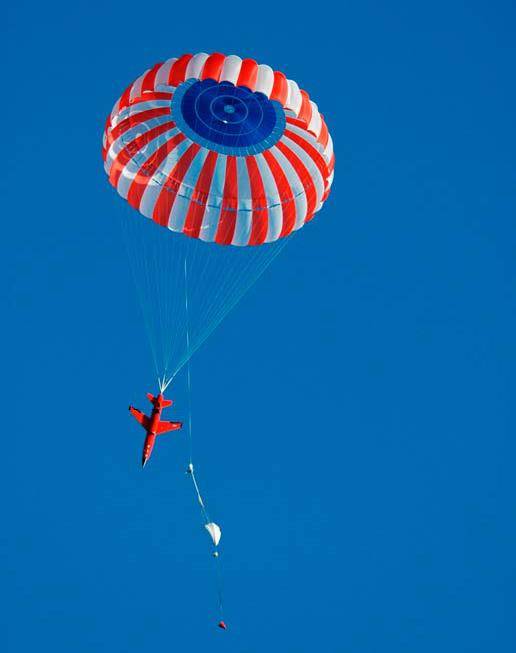 Of course we don’t know how far the target drone traveled, before ending up in the water. These things can stay in the air for three hours. But even after a few days or weeks in the water, the drone may still be usable. It will likely need some new parts – including new elevators/stabilators and an aileron, by the looks of it. But that’s part of its design!

By the way, if you see one of these target drones on a beach, don’t sit on it, like some passers by did. The “LIVE MUNITIONS” stencil isn’t there for show. Among their other features, these drones have dispensers for chaff and flares. One picture (that we won’t show here) shows a lady sitting right next to some of these dispensers, near the nose of the drone.