Stuck In The Snow – Taxiway Excursion Or Contamination?

On the 29th of January, a Hong Kong Airlines had a small adventure, when it became stuck in the snow on a taxiway, after landing. There is no report of any injuries.

The stuck aircraft’s adventure in the snow became known thanks to a short video. The location is the New Chitose Airport in Japan. The aircraft is a Hong Kong Airlines Airbus A330-343, with the registration B-LNP. The aircraft had just arrived there from Hong Kong, performing flight HX690. According to data from FlightRadar24, the aircraft landed on runway 19R. 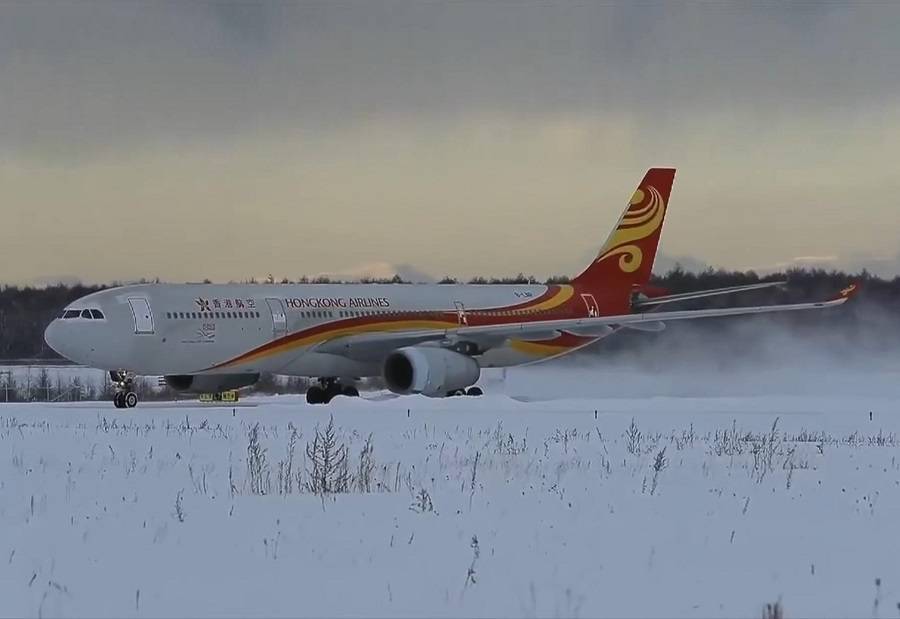 The aircraft would eventually get to Gate 71, but not before some unusual drama. At some point, the Airbus got stuck in the snow. Without any official information from the airport or the airline, we can’t know more details. However, the video gives a few answers – and begs a couple of questions. Firstly, is this really a taxiway excursion?

It is unclear if the aircraft is stuck in the snow because it is off the taxiway. It may well be on hard ground, but on a part of it that ground crews had not cleared of snow. What is impressive is that in the video, the aircraft’s crew is trying to solve their predicament themselves. One or both of the A330’s Rolls-Royce engines is/are powering up repeatedly, to move the jet to firmer ground. 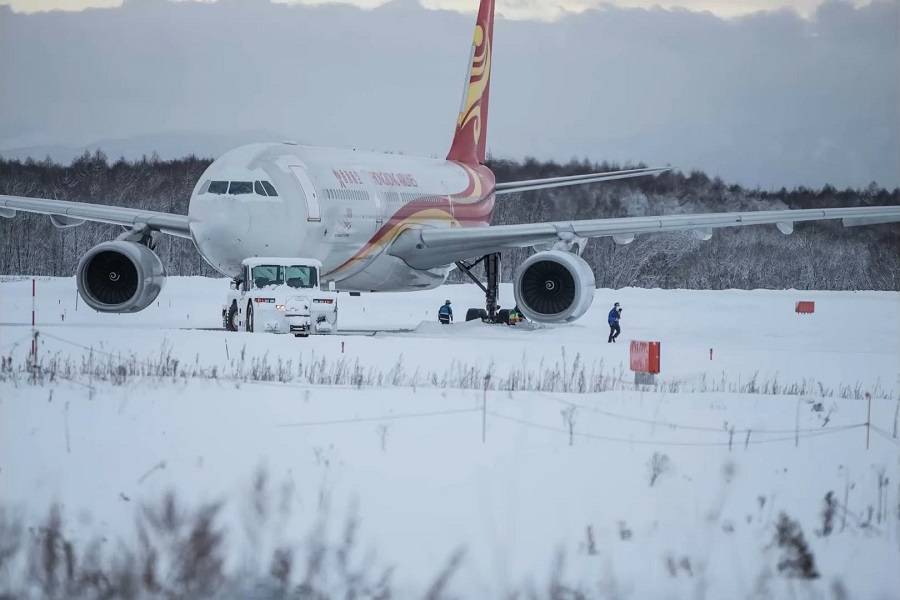 Alas, despite its crew’s best efforts, the aircraft remained stuck in the snow. Eventually ground crews took over, clearing most of the snow away from the left main landing gear. The other main and the nose gear don’t seem stuck, suggesting that the aircraft only just reached the snow, in this winter setting. Then the aircraft made its way to the gate.

Again, there is little information to go on. But crucially, we know that the aircraft flew out of New Chitose Airport on the same day. After landing at 2:55pm local time, the aircraft departed at 6:48pm – a 30-minute delay from its published departure. This strongly suggests that there was no damage to the aircraft, from its small adventure. Which, in turn, suggests that it was on firm but snowy ground the whole time. The Airbus continued normal service on the 30th and 31st as well. 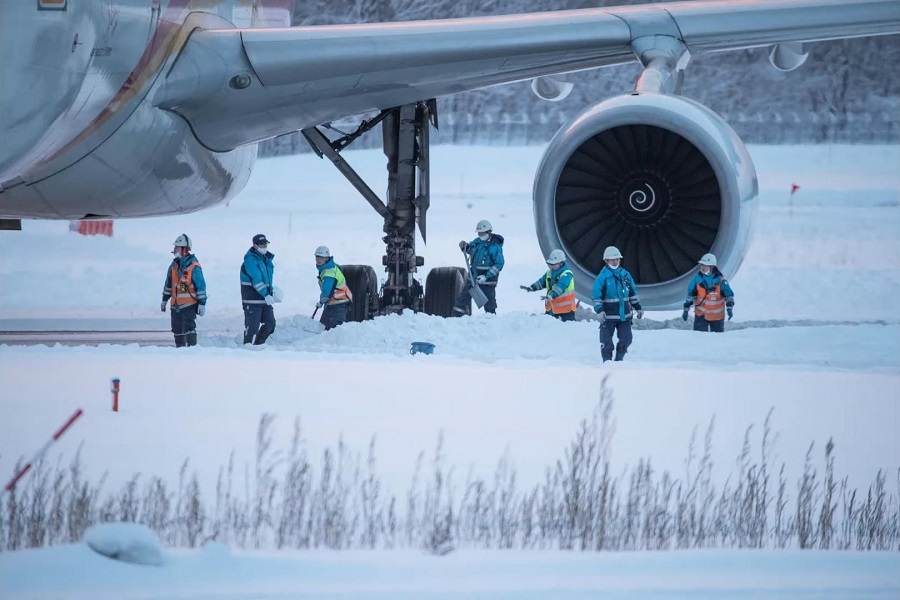 We have seen a few ground handling incidents already this winter. Notably, a brand-new Spirit A320neo skidded off a taxiway in December. That one got stuck in soft ground, not snow. Passengers had to leave the aircraft on buses, while crews worked out the best way to move it. A few days later, a similar fate awaited an Air Canada Boeing 787, also getting stuck in mud. This one didn’t have passengers on it, however

By the looks of it, the Hong-Kong Airlines incident was less costly and time-consuming than these two others. But we didn’t see crews of other stuck aircraft in similar situations, powering their way out of the snow!