We have seen a number of runway and taxiway excursions lately, usually at low speed. Such incidents usually end uneventfully but obviously they are still a hassle for everyone involved.

There is a saying in aviation that you should fly the plane until it’s parked, the wheels are choked and the engine(s) is/are off. Alas, things don’t always work out this way. We saw a couple of examples, recently, where aircraft landed, slowed down to a safe speed on the runway, then made excursions.

This Sunday, a Lion Air Boeing 737-900 landed on runway 14 in Bandair Lampung Airport in Indonesia. The airport has no parallel taxiway, so a backtrack was necessary. After slowing to taxi speed, the aircraft was attempting a turn to backtrack when it ended up making a runway excursion. The aircraft ended up with the right main gear off the runway. 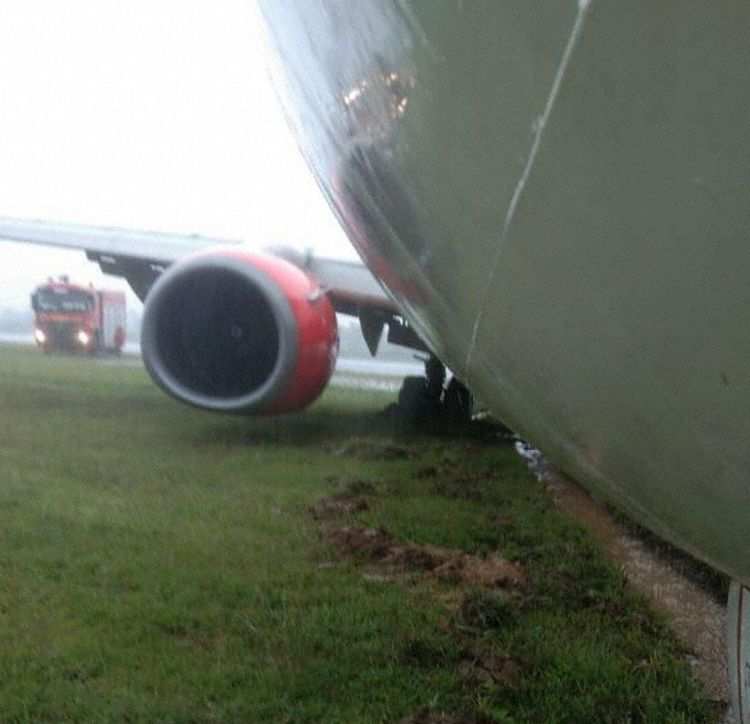 Picture and report from AvHerald

Disturbed grass in the picture suggests that the front landing gear may also have left the runway for a short distance. It is not clear if the aircraft made its runway excursion before or after the turn. In any case, the pilots shut down the jet at this position. There was no need for an emergency evacuation. Passengers disembarked normally, with no injuries.

LATE EDIT: From newer photos now available in AvHerald (link further up), it is now clear that all wheels of the aircraft left the runway.

There is no report on weather conditions at this airport. But we can see what appears to be standing water just off the runway, right where the plane made its excursion. However we don’t know if there were any factors present that would affect visibility. The runway at Bandair Lampung is 45 metres wide. The airline has both 737-900/900ER and shorter 737-800 models.

Three days earlier, a brand-new Spirit Airlines Airbus A320neo made an uneventful landing at Baltimore/Washington International Airport. It was the end of a long overnight flight from Las Vegas, arriving just after 6am local time. The aircraft landed at runway 28. It exited the runway, then it had a taxiway excursion, as it made a second turn.

Again, the pilots shut down with the aircraft half-way off the taxiway. This time the left main gear AND the nose-wheel were both in soft ground. Again, there were no reports of damage, while passengers disembarked uneventfully. No doubt cabin crews warned them to try and avoid any excursions of their own, since they would be walking on the same slippery ground that the plane slid on… 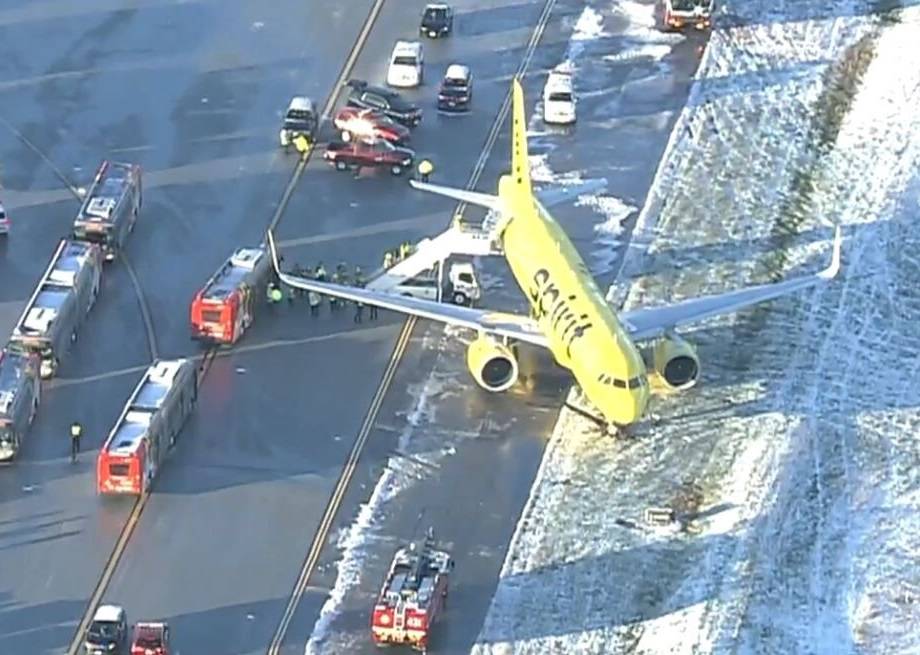 As excursions go, this one seemed fairly easy to explain. The turn the aircraft was taking would normally be a wide, easy turn. But on that particular morning, most of the east coast of the United States experienced snowy and icy conditions. However, we clearly don’t know how recently airport crews de-iced these taxiways.

Thankfully, both of these runway/taxiway excursions happened at low-enough speeds that bruised egos were the only possible injuries. However crews are still mindful of any injuries on disembarkation, any time passengers and crews happen to walk somewhere they shouldn’t.

Another recent case of a runway excursion, this time at higher speed, was the An-124 of Volga-Dnepr, here.

Here is a Mentour video, discussing the effects and reasons behind faster runway excursions.