The Stratolaunch Roc, the plane with the world’s largest wingspan, made another test flight yesterday, adding more optimism to the programme.

A few days ago we referred to the impressive Antonov An-225, and a small problem it had recently. And we wrote that this is the largest aircraft ever made, by weight. This last qualifier is necessary, because the world’s largest-ever plane, by wingspan, isn’t the Antonov. The An-225 is third in this regard, the Hughes H-4 Hercules (aka “The Spruce Goose”) being second. And in any case, the Hughes H-4 only ever flew once – remaining in ground effect. 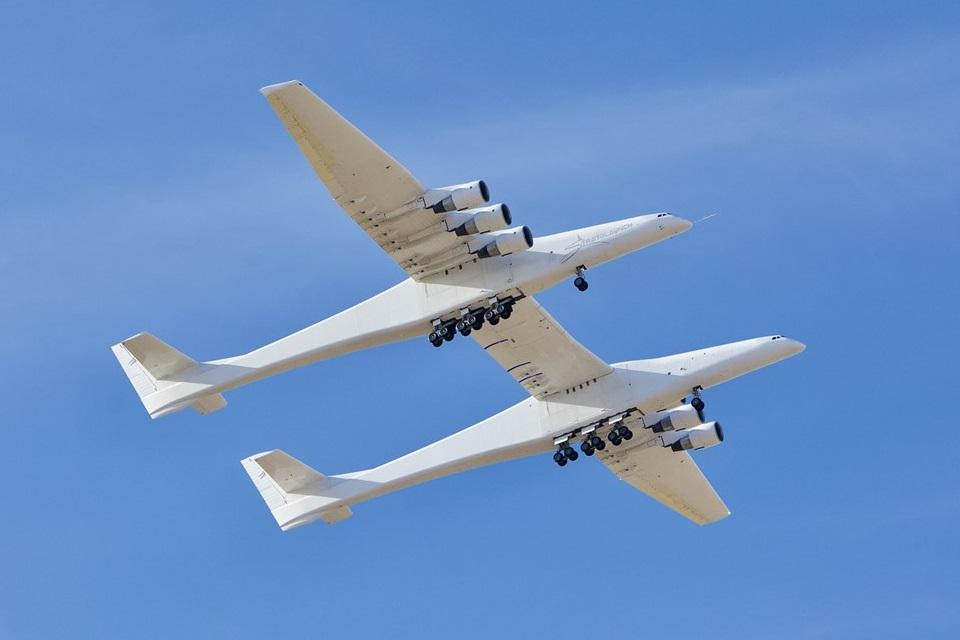 The Stratolaunch Roc is first with a 385-foot (117.3-metre) wingspan, and it just made its third flight. It flew from its base at the Mojave Air And Space Port (KMHV) in California, USA. The aircraft reached an altitude of 23,500 feet, at the relatively slow indicated airspeed of 180 knots. It made only a partial gear retraction, but this was what the team had planned for.

Stratolaunch hailed the flight of the Roc to be a complete success. Its goals included evaluating the plane’s performance and handling at this altitude, plus certain aspects of its landing gear system. The landing gear, like several other systems on this plane (including the engines and the cockpit), comes from a Boeing 747. But the Roc has a wing optimized for slower flights. Its design is more about carrying its payload to the right altitude, than about speed. 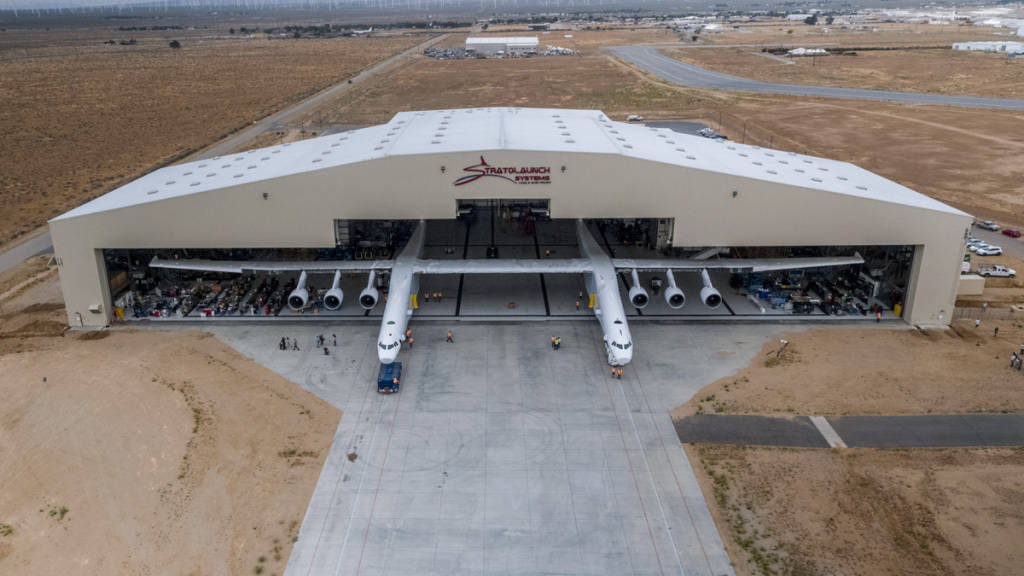 The plane before its first flight. Photo: Stratolaunch

In all, the third flight of the Stratolaunch Roc lasted 4 hours and 23 minutes. But some may wonder why the impressive aircraft has flown so little, since its first flight in 2019. We discussed this in detail in our last article, here. Sadly, after the passing of Paul Allen, the project’s founding supporter, the program struggled to find a purpose – at first.

Stratolaunch Roc – A Flight With A Payload In 2022?

Well before its first flight, what we now call the Roc was the Model 351 Stratolaunch. Hence its registration: N350SL. Originally, the plan was for the plane to carry and launch a version of SpaceX’s Falcon 9. However, that plan quickly fell through. This was, in part, because Stratolaunch wanted modifications on the Falcon design that SpaceX didn’t agree with. Stratolaunch eventually decided to design its own suborbital (and orbital?) vehicles. 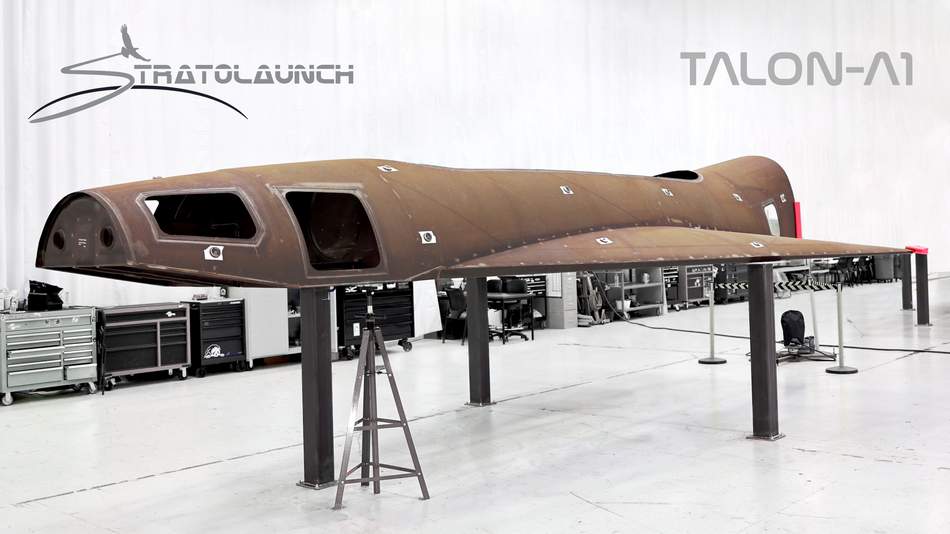 So while the size of the Roc makes it the most visible and impressive part of Stratolaunch, the flight of its next vehicle may be even more pivotal to the program. The company is progressing with the build of this design, which it calls the Talon. The first two articles will be TA-0 and TA-1. TA-0 will be a drop-test only article. TA-1 is going to be hypersonic speed-capable. Stratolaunch power-tested this suborbital test vehicle last December, and aims to fly TA-0 and TA-1 this year!

Already when the Roc made its second flight, Stratolaunch said that it has the funding to get the Talon project in the air. And the company got more support since then, including a research contract with the Missile Defense Agency (MDA). But of course, the Roc has the capacity for far bigger payloads than the Talon, thanks to the original SpaceX-related plans. 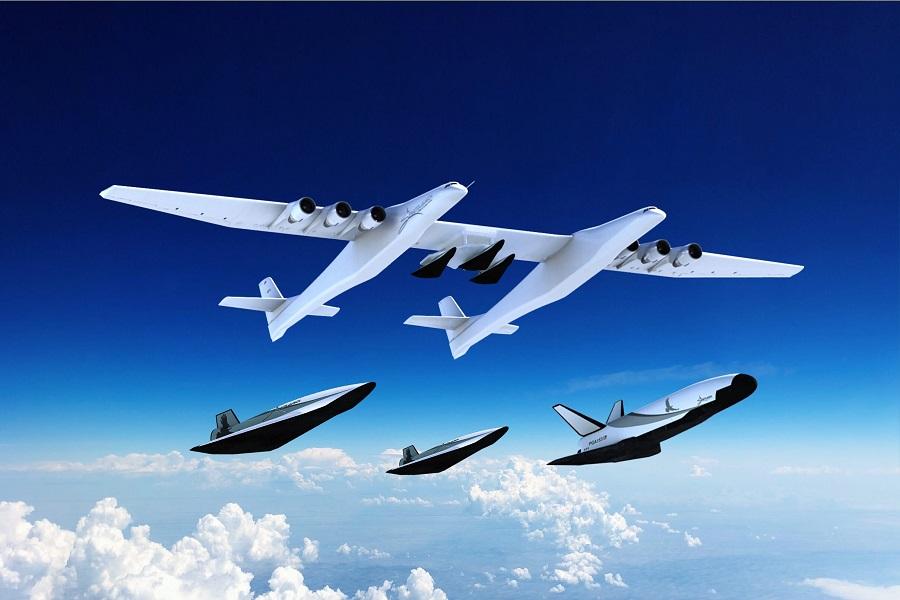 Hopefully, the company will get enough experience and funding to pursue its onward goals. And we hope to see the Roc flying with a payload, soon.