There is more information about the amount of cycles the Pratt & Whitney engine on United’s flight from Denver had, as well as Boeing’s 777 cowling for it.

The NTSB is investigating the Pratt & Whitney engine failure the United Boeing 777, flight UA328 from Denver to Honolulu. And among other things, they are examining the service history of the engine in the incident. Newer information suggests that the engine was less than half-way through its time between checks. That time was 6,500 cycles. A cycle is a take-off and a landing. The trouble engine had less than 3,000 cycles, since its last check.

Now Pratt & Whitney is telling airlines to ‘step-up’ these engine checks, to just 1,000 cycles. This came out on Monday. However the next day the FAA issued an emergency airworthiness directive (EAD), instructing all operators to check their engines immediately. Of course the only US operator of the Boeing 777 with these specific engines, is United. And the airline had already announced that they are grounding these aircraft immediately.

As we have seen, there are two blades that broke off in the Pratt & Whitney engine. One blade broke near the root, while the other fractured approximately half-way down its length. In previous such cases, examiners believed that the blade breaking off at the root went first. Then the other blade broke because of the stray blade. The worrying thing, as we saw, is that there were two previous cases, where two blades broke off… 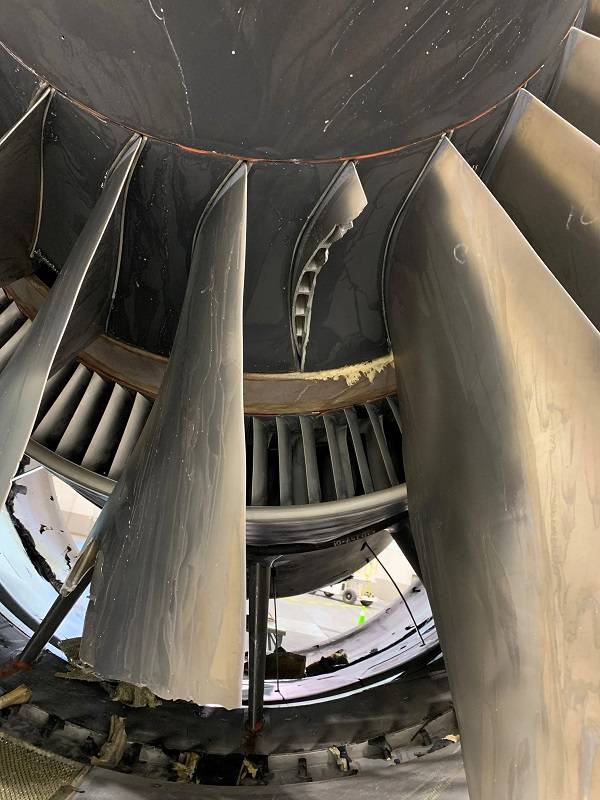 There are two separate issues here. The first concern is to determine why the blades broke. The NTSB will compare metallurgical information from the blades, to see if the damage is consistent with that of the previous PW4000-112 failures. And whatever the cause, they will then work with the FAA and Pratt & Whitney, for an engine solution. To be clear: this is NOT a new engine or fan blade design. The purpose here is to see how the manufacturer can test these blades effectively. So the problem may not be the number of cycles, but the nature of the testing itself.

The other issue is the cowling. Contrary to popular belief, the purpose of the cowling itself is NOT to contain any failures. That is the job of the engine itself, and specifically of the containment casing. And to be fair to Pratt & Whitney, it seems that the engine’s casing did its job. While there is damage to the fuselage, it appears that the cause of it wasn’t a piece of a fan blade. Rather, it was pieces of the disintegrating cowling. Also, that damage wasn’t structural, involving only the fiberglass fairing between the wing and the fuselage. 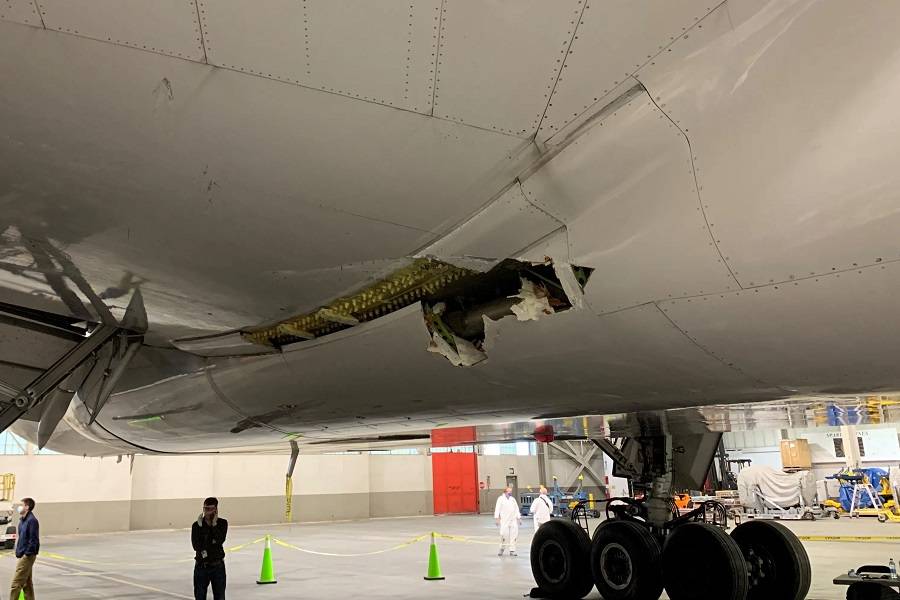 Nonetheless, Boeing wasn’t happy that the cowling separated in the way that it did. Boeing themselves designed the cowling. And it now emerges that they were already looking at the possibility of modifying its design, after the previous incidents. The company has been working with the FAA on the matter, since the 2018 Pratt & Whitney PW4000-112 engine incident. The cowling did not separate in the JAL incident last December, although it did suffer damage. 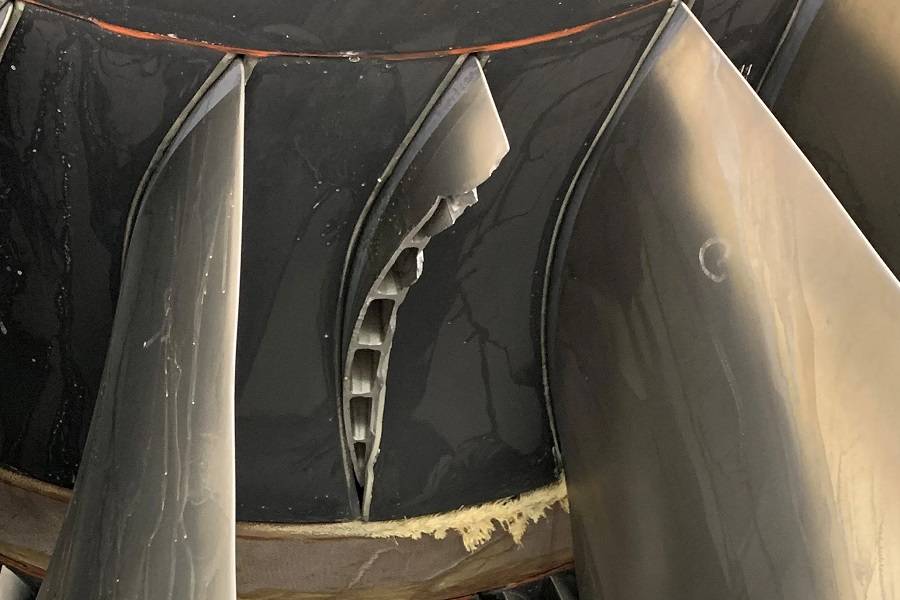 Unfortunately, testing engines with the cowling on, when a blade breaks off, is very difficult. As a secondary damage, its exact nature will depend on the conditions, including the aircraft’s speed. Ground testing can’t really simulate this, unless we put the engine testing rig inside a windtunnel! These parts don’t have a lot of energy when they leave the aircraft – compared to the turbine blades themselves. But these incidents will give Boeing, Pratt & Whitney and the FAA more information, about engine cowling design.

Fortunately, only about 10% of the current Boeing 777 fleet uses these engines. And airlines have even fewer of them actually operating, in the pandemic. So the impact their grounding will have on airlines’ operations, is not going to be dramatic. However it is still a costly affair for everyone. In the next few years, many of these older 777s will likely shift to the cargo role.

Check out Mentour’s Q&A on this incident, below: