A JAL Japan Airlines flight departing from Okinawa stopped climbing and declared an emergency, after a reported uncontained engine failure incident. Parts of the engine separated. The aircraft crew shut down the incident engine, returning for a safe landing back in Okinawa. There were no injuries.

The aircraft is a Boeing 777-200, registration JA8978. It had 189 passengers and crew on board. It was performing flight JL-904, from Okinawa to Tokyo Haneda International Airport. The aircraft was climbing through 19,000 feet when passengers reported hearing “a bang and sudden noise”. Part of the No1 engine’s outboard cowling door came loose in the incident and was visible from the passenger cabin. It ripped open, with most of its length missing. 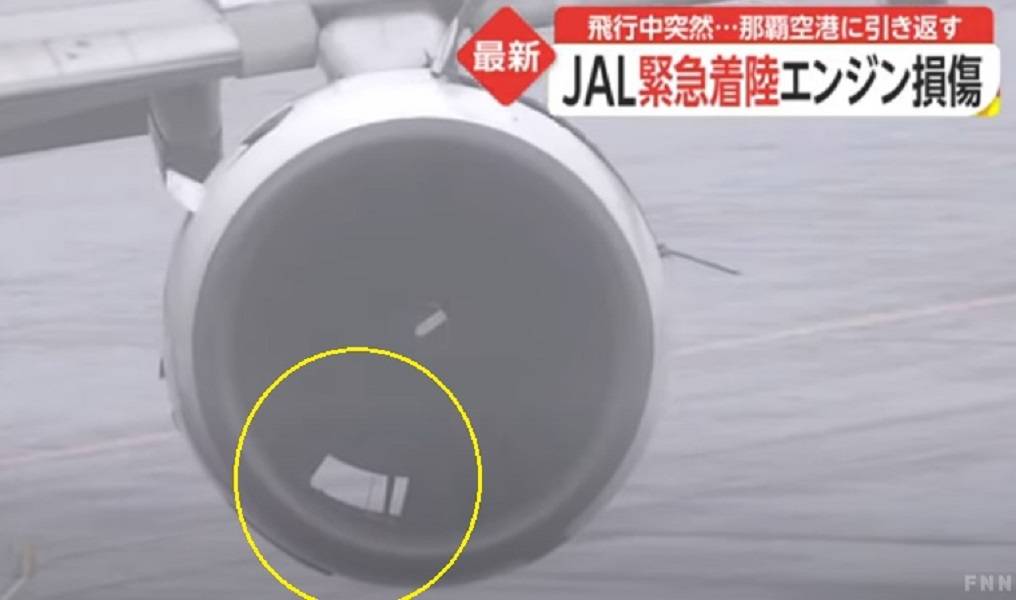 The aircraft is equipped with Pratt & Whitney PW4084 engines. The flight lasted 35 minutes in total. The incident aircraft eventually landed safely, flying on its No 2 engine, and stopped on the runway. However there was no evacuation. Instead, ground crew inspected the aircraft and a vehicle towed it to the apron, where passengers disembarked. A passenger’s photo shows at least one damaged blade in the fan disk. A section of the blade is missing.

Evacuation and When An Incident Is An Uncontained Engine Failure

Pilots always try to avoid evacuating an aircraft, whenever they think it is safe to do so. An evacuation carries a lot of risk in itself, for injury to passengers. In this incident, the photos suggest that there was no threat of an engine fire or other urgency. So, getting the passengers off using stairs is definitely the preferable option. 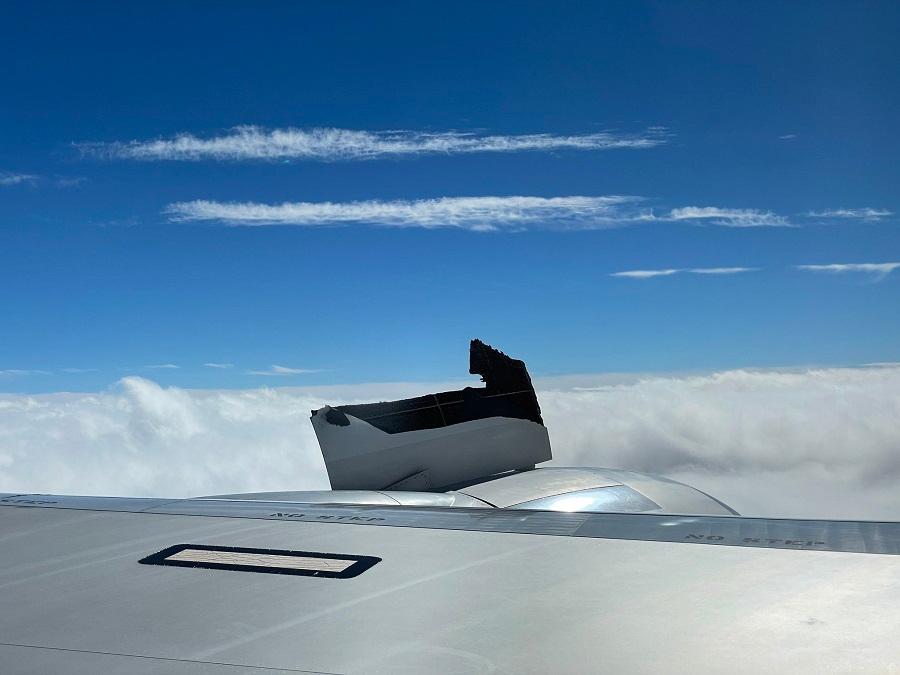 Another point here is in the nature of this failure. The incident is being reported as an uncontained engine failure. We can clearly see that parts of the engine are missing. However, the engine cowling and the structure of the nacelle appear to be mostly intact after the incident. The most visible part that is missing is the outboard cowling inspection door.

But this door is not a high-energy engine component. The broken blade, however, is. But we don’t actually know if the door is missing because the fan blade flew it off, or if it simply vibrated loose after the blade separated. Clearly the failures are connected. The point is that if the blade didn’t rip through, then strictly speaking, this is not an uncontained failure. In any case, it is good to see that no parts flew off towards the fuselage or the wing. 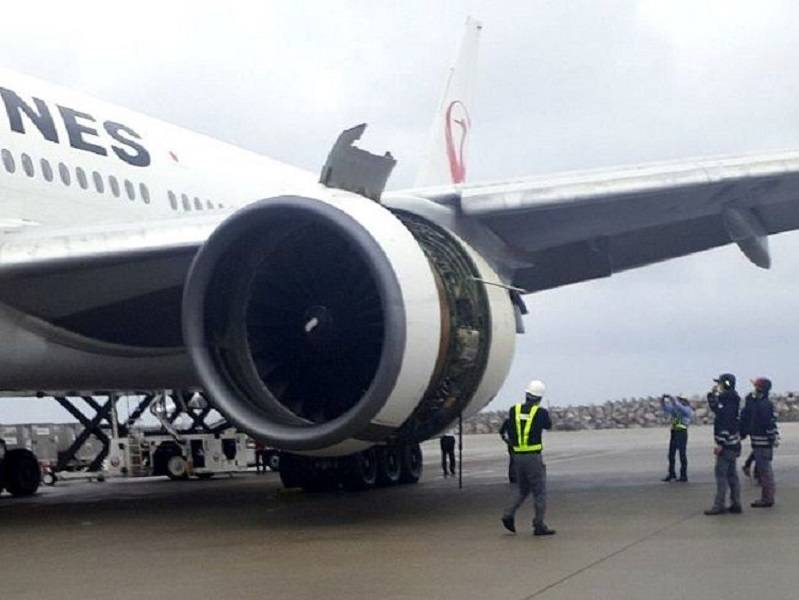 Well before this engine incident, JAL Japan Airlines has announced that it will retire some of its 777 fleet. Reports suggest that this aircraft, registration JA8978, is one of those that the company planned to retire. It is 23.5 years old.

#JL904 discontinued its climb when flying ~14000 ft, 75 km North of Okinawa. TV footage shows a number of fan blades missing in engine #1. After landing the 777 was towed to its parking stand. https://t.co/sv4brGq27h@JAL_Official_jp @breakingavnews pic.twitter.com/Cvak7JdMp3