The NASA HyTEC project aims to produce engines for future single-aisle aircraft. But NASA is not simply pursuing incremental improvements.

We have previously seen several aircraft concepts from NASA. They range from small, all-electric designs, all the way up to some really “out there” blended wing bodies. But the organisation isn’t simply funding companies to dream up potential technologies that could bear fruit in decades. There are some projects that could bring practical improvements, in the not-too-distant future.

HyTEC (Hybrid Thermally Efficient Core) is such a NASA project. The idea is to introduce a technological leap that will replace current single-aisle jet engines. It’s worth remembering here that we already have some very new engines in this category. Pratt & Whitney has the PW1000G family of Geared TurboFan (GTF) engines. CFM (a 50-50 partnership between GE and Safran) has the LEAP-1.

These two engine families cover just about all single-aisle jets in production today (with one or two rare exceptions). NASA is involving both GE Aviation and Pratt & Whitney in the HyTEC project. This isn’t about reinventing the wheel, and NASA wants the experience of current engine makers. But the project is about… spinning the wheel a bit differently. 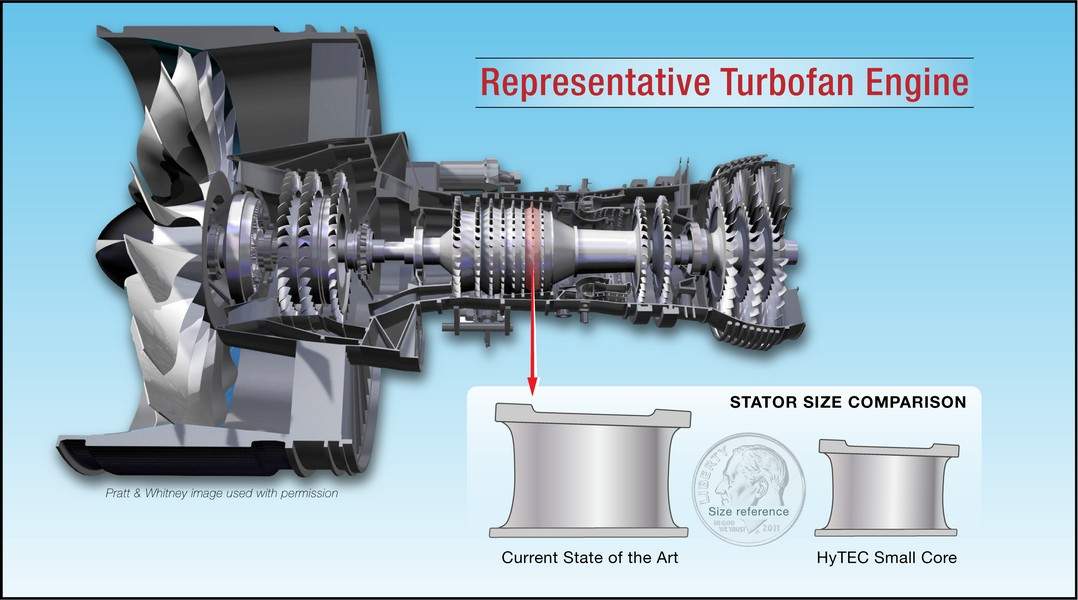 This is how NASA wants to shrink the engine core. Photo: NASA, with graphics by Pratt & Whitney

One aspect of the NASA HyTEC project involves shrinking the engine core. If you’re unfamiliar with turbofan engines, think of them like one engine inside a bigger tube, with a fan in the front. The idea is that only a fraction of the air coming in from the front actually goes through the engine itself (i.e. the core). The rest of the air goes around this core, but only after being accelerated by the fan at the front.

Most high bypass turbofans today have bypass ratios of around 9-10:1. The CFM LEAP-1A (Airbus) is at 11:1. The Pratt & Whitney GTF in the same Airbus goes as high as 12.5:1. These are really impressive numbers. But the NASA HyTEC wants to improve on them. Shrinking the engine core is one way to move in this direction. But there are other considerations for this choice in size.

The LEAP-1B (Boeing) has a 9:1 bypass ratio, lower than that of the Airbus version

The word “Hybrid” in HyTEC is a clue, about what NASA has in mind. This isn’t just a project about engines, it’s about how the aircraft is using them. Jet engines typically power other aircraft systems, including electrics and hydraulics. There is a trend for fewer hydraulic systems, with higher demand for electrical power to replace them. That’s a long story in itself, but the Boeing 787 is a big step in this direction.

However, the NASA HyTEC engine won’t simply produce electricity to power aircraft subsystems. We have already discussed the NASA/Boeing TTBW, i.e. Transonic Truss-Braced Wing, in older articles. One version of this design incorporates a fan in the tail cone of the aircraft (see below). This is NOT a third jet engine. 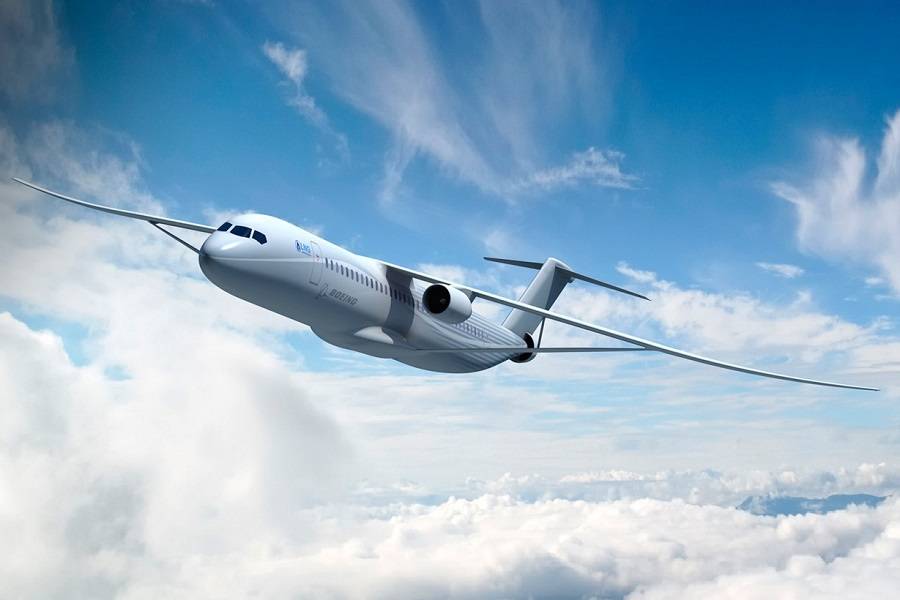 The updated TTBW. Note the fan at the tail cone of the aircraft! Image: NASA, Boeing

The NASA HyTEC engines will provide electrical power, to drive this fan. This is a Boundary Layer Ingesting (BLI) fan. The boundary layer is a thin layer of turbulent, slow-moving air over the fuselage. This layer produces drag, slowing down the aircraft. But if we can accelerate this layer of air, we can achieve tremendous efficiency improvements.

In a perfect world, there would be a jet engine in the tail of the fuselage, ingesting this air. But this can cause serious problems. The air going into such an engine would vary substantially from one side of the engine to the other. Making such an engine reliable would be difficult. But the NASA HyTEC project goes around this problem, by fitting a simpler fan in the tail. 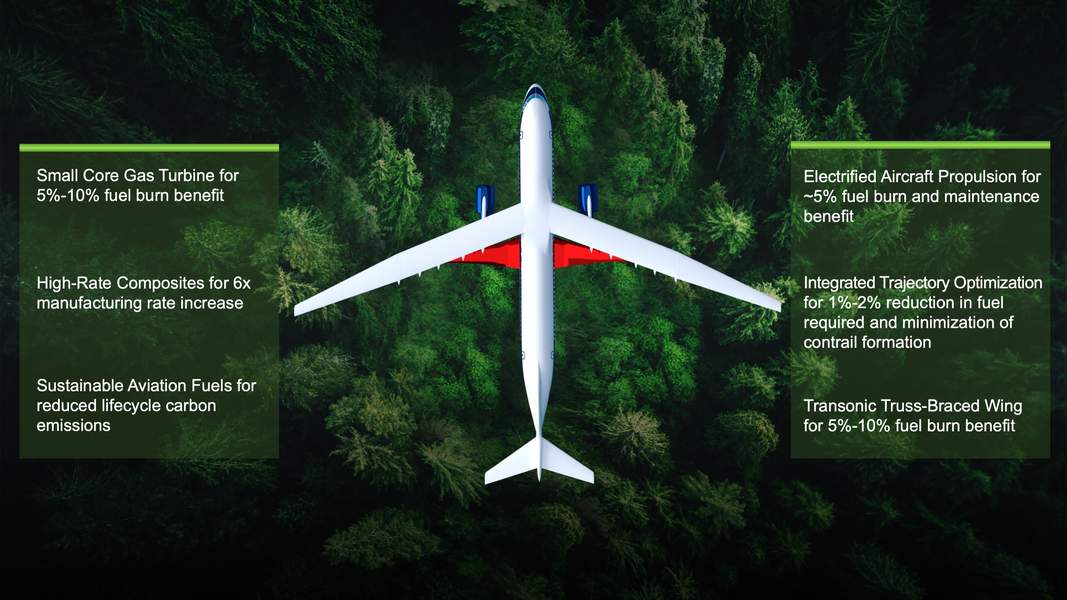 The HyTEC project is part of the Sustainable Flight National Partnership. Photo: NASA.

So the challenge now is to power this fan. The smaller core of the NASA HyTEC engine is one step in this direction. Also, getting rid of this boundary layer drag means that these future aircraft will need less power in cruise. Which, in turn, allows the engines to be made smaller.

We have seen distributed electric propulsion in smaller aircraft. NASA has such a project, too, and HyTEC is the much bigger, airliner-sized version. Along with other aircraft innovations, like the TTBW itself, NASA and others could give us some efficient and rather unusual-looking airliners, in the not-too-distant future.