A Flydubai Boeing 737 landing in Juba in South Sudan, had to go around after a runway incursion. The identity of the other plane is… unusual.

On the face of it, this isn’t a particularly impressive incident – which, to be fair, is a good thing. The Flydubai Boeing 737-800 was performing flight FZ611, from Dubai (OMDB) in the United Arab Emirates, to Juba (HSSJ) in South Sudan. This was on the 28th of April. The tower had cleared aircraft to land to runway 13. But as the aircraft descended through 500 feet AGL, there was a runway incursion, from another aircraft. 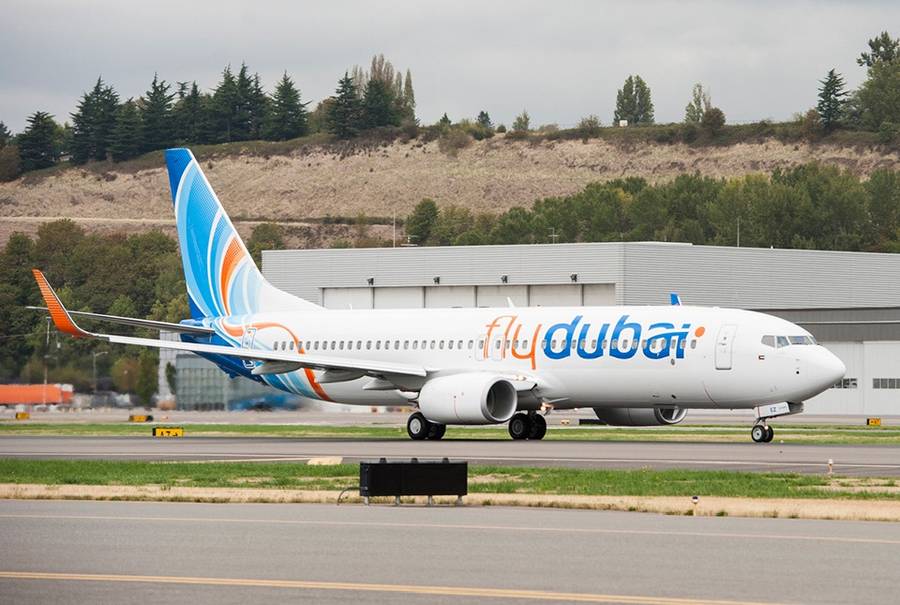 Runway 13 in Juba doesn’t have a parallel taxiway. Later, the Flydubai Captain reportedly told the passengers that the runway incursion was an ATC mistake. So the incursion could have something to do with the departing aircraft having to backtrack on the runway. The situation is complicated further by civil air traffic controllers being on strike. For several months now, military personnel are providing air traffic control services in the country.

In any case, the Flydubai aircraft performed a go-around. It made a left pattern and set up another approach. The Boeing’s crew performed an uneventful landing 15 minutes after the runway incursion. It later departed for Dubai, around 15 minutes late – almost certainly because of the incident. But it didn’t matter; the crew made up the time on the way home. All’s well that ends well… 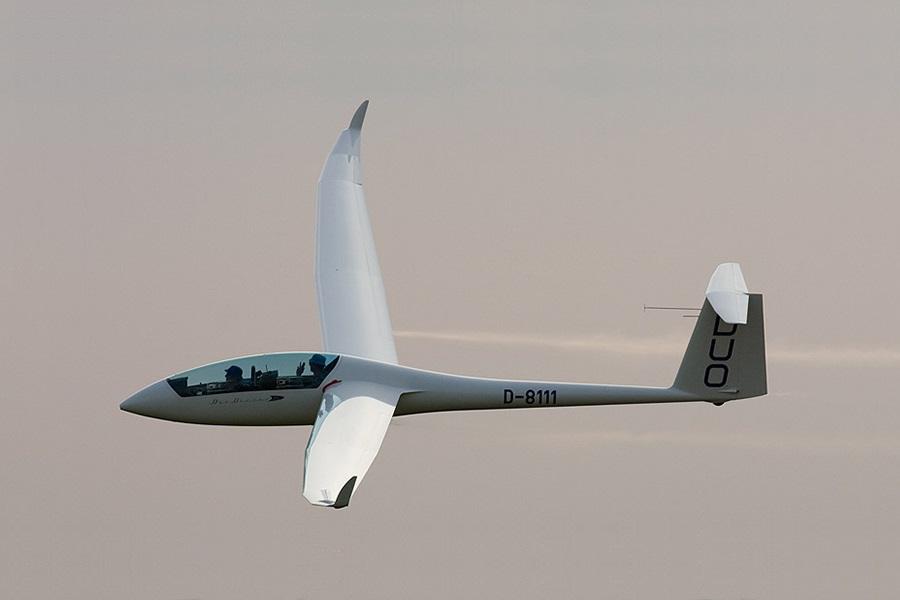 So what is so special about this incident? A runway incursion IS an incident, with very serious safety implications. But usually these incidents are uneventful – as in this case. What makes this one noteworthy, and rather disturbing, is the identity of the aircraft entering the runway. According to Mode-S transponder data, the registration of this aircraft is D-KWKS. The same data tells us that after the incursion, this aircraft took off, climbing to FL150. Its ground speed in cruise was around 300 knots.

The problem with this data, is that the aircraft with registration D-KWKS is a Schempp-Hirth Duo Discus XLT. That’s a rather nice, Czech-made, two-seat glider. A quick internet search tells us that this German-registered glider has consistently been in Germany. It appears to operate for a gliding school at Wasserkuppe (EDER), a historically significant German gliding venue. 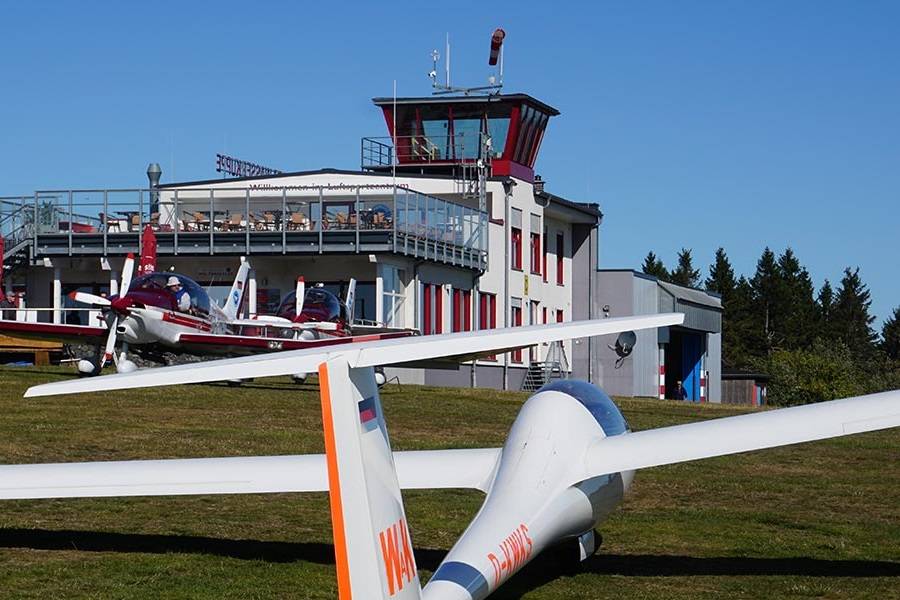 The tower and restaurant of Wasserkuppe airport in Germany. With glider reg. D-KWKS in front of it. Photo: Aviation school Wasserkuppe

It seems rather difficult to believe that such a glider would perform a runway incursion in South Sudan. Full disclosure: the ‘T’ in Duo Discus XLT tells us that this glider has a retractable two-stroke engine and prop. But that doesn’t help much: this engine doesn’t give the glider self-launch capability. It isn’t throttleable; it is a ‘sustainer engine’, that has two settings: Full-Power and Off.

Much More Than A Runway Incursion

And even it pilots could somehow taxi, make a runway incursion and take off in this glider, they’d have a hard time cruising at a 300-knot ground speed. VNE of the Duo Discus is a rather more reasonable 142 knots. No, obviously there is something else going on here. 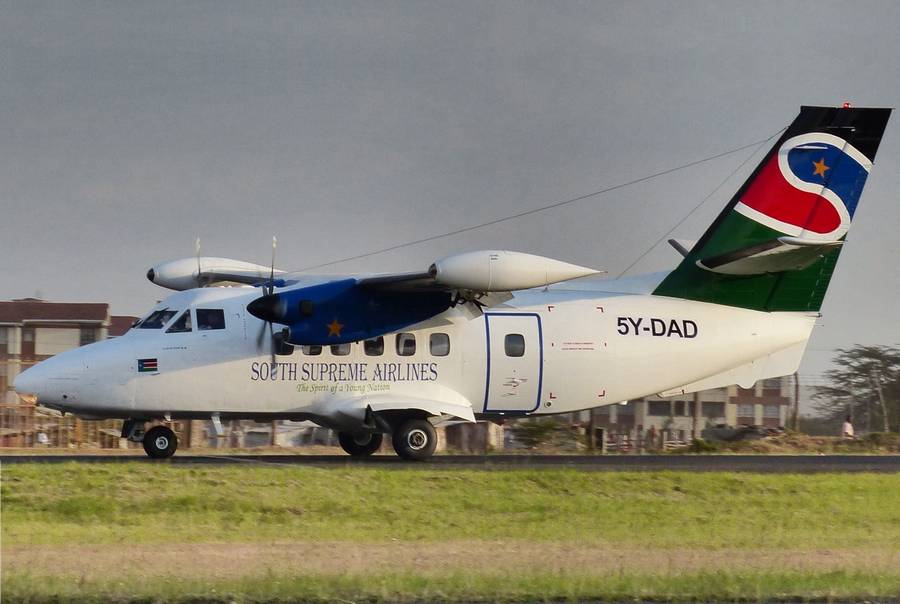 And if the details of this story seem amusing, its implications are anything but. Unfortunately, this runway incursion appears to involve an aircraft with a fake transponder ID. And this means that it probably has a fake registration to go with it. Two months ago, we saw the tragic crash of a Let L-410 UVP in South Sudan, with the loss of everyone on board. It had a fake registration, too.

If this runway incursion is indeed an ATC mistake, then perhaps the identity and status of this aircraft (likely a turboprop) is irrelevant. However, it does say something about aviation safety standards and oversight in this country. Interestingly, South Sudan doesn’t appear to be among the countries on the EU’s or USA’s black lists.