An Airbus A300-600 freighter operating for DHL Aviation, rejected take-off yesterday at Brussels airport. The aircraft had began rotation before rejecting. The aircraft crew managed to stop the jet within the runway. However it couldn’t move off, due to a number of deflated or burst tyres.

The operator of the aircraft is European Air Transport Leipzig GmbH, for DHL. The aircraft crew were attempting a take-off from runway 25R at Brussels airport (EBBR) yesterday, shortly after 6pm. According to airport authorities, the aircraft was doing 150knots ground speed, before rejecting the take-off.

The reasons for the incident are still unclear. The airline stated simply that the crew had difficulties to take-off, and decided to reject take-off during rotation. So the nose wheel was already off the ground. Unless this involved shifting cargo, causing a premature rotation, it means that the crew rejected take-off beyond V1. According to the airline, the cause of the abort “certainly was no problem with the cargo”. 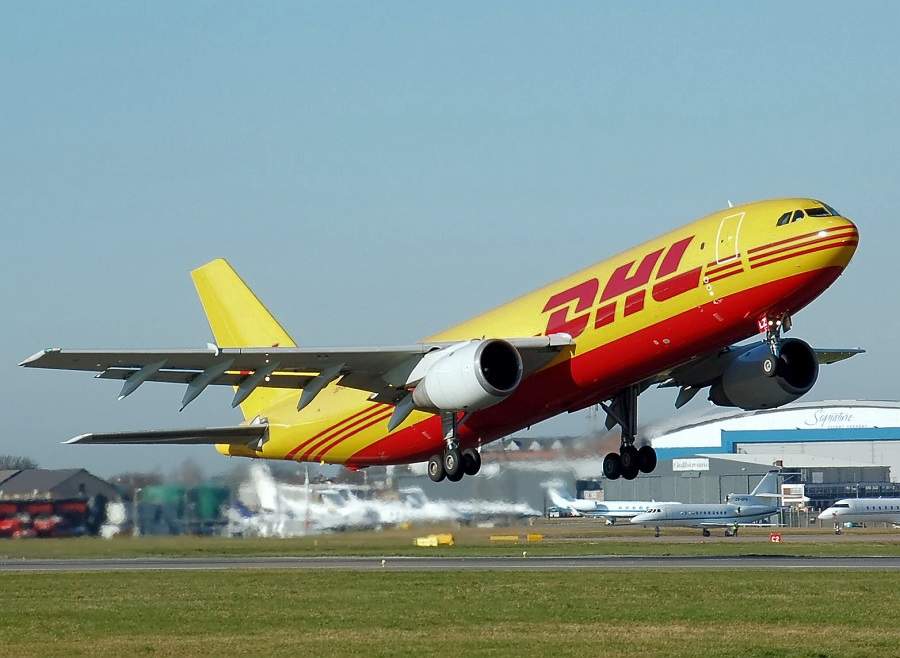 Weather conditions don’t appear to be a factor in the incident. Runway 25R is 3,090 metres long (over 10,000 feet) with generous overruns at both ends. The crew managed to stop the aircraft 360 metres/1200 feet short of the end of the runway. However, the aircraft was now disabled. The heavy braking during the abort caused 8 tyres to deflate. That’s ALL the tyres in the A300’s main gear.

It took over ten hours for ground crews to move the aircraft away from the runway, and check the runway itself for debris and clear it for aircraft movements. In the meantime, Runway 19 was in use for take-offs and runway 25L for landings. 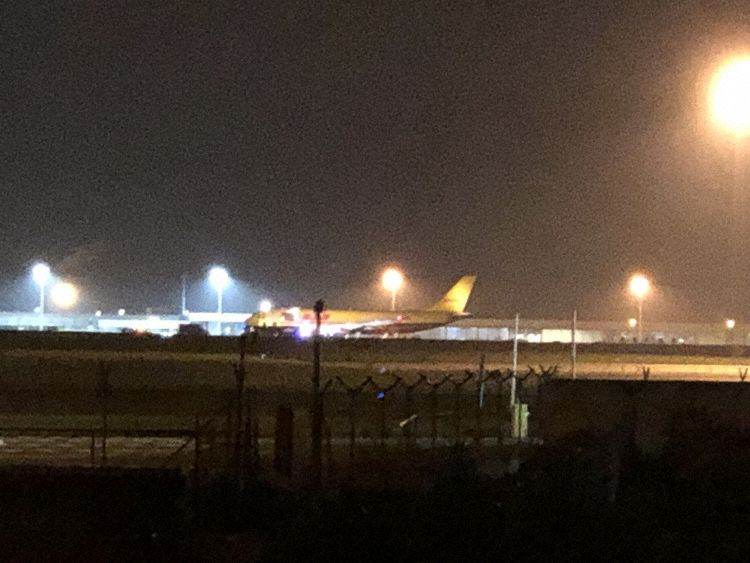 The aircraft immediately after the incident. Photo by Brussels airport, through AvHerald.com

High-speed rejected take-offs are dangerous. Pilots will reject a take-off at lower speeds (below 80 knots) more easily, but they will abort a take-off at a higher speed only for problems that pose serious risks, like engine failure, fire or wrong configuration for take-off.

Typically, pilots will not reject a take-off after Decision Speed (V1). Pilot crews calculate this speed with some assumptions and additional margins, for safety reasons. For example they assume that thrust reversers won’t be available.

We still don’t know the details in this case, but the crew managed to stop their aircraft, with no injuries. Belgium’s AAIU already opened an investigation on the incident. Cargo carriers are busy in general, as we’ve seen. But we don’t yet know what effect, if any, this incident will have on DHL’s operations.