Passengers and crew of a Copa flight had to evacuate their 737 during a runway excursion incident. The authorities are already investigating. 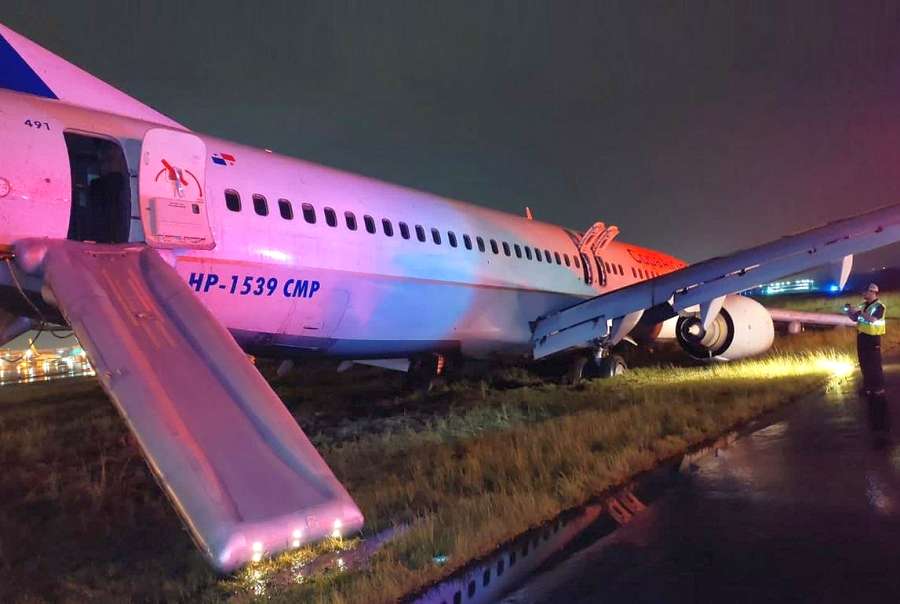 This incident happened on Sunday the 25th of September this year. It involved flight CM135, a service that Copa Airlines runs daily, in the afternoon. The flight departs from Mexico City International (MMMX), heading for Tocumen International Airport (MPTO) in Panama City, Panama.

At this time, we don’t know how many people were on board the Copa Airlines 737 during the incident flight. But it appears that the flight itself was routine, albeit departing from Mexico City about an hour late. The Copa crew took off using runway 05R, quickly reaching FL310 for the cruise portion of the flight. 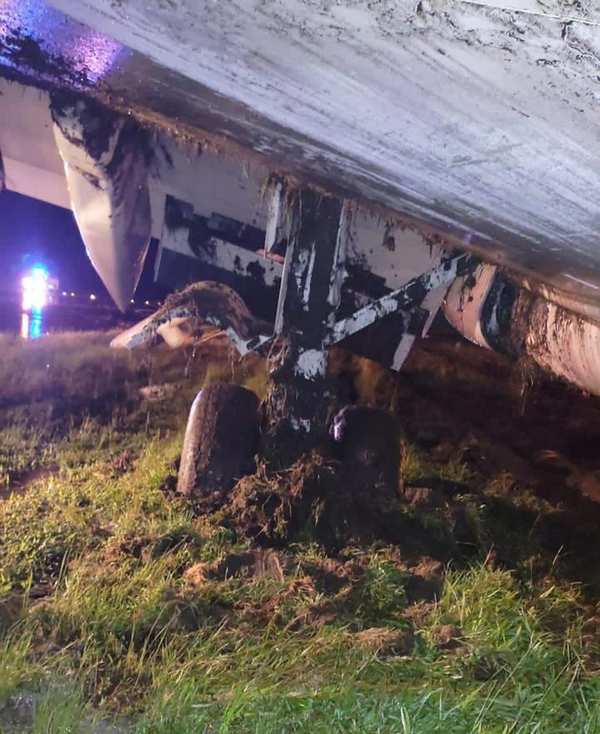 To land in Panama City, the crew set up an approach for 03R. “Ian”, a tropical storm had been affecting the wider region. However, the closest Ian got to Panama City was 380 nautical miles to its north, so it wasn’t a factor. These were the weather conditions during the incident of this Copa 737 flight: 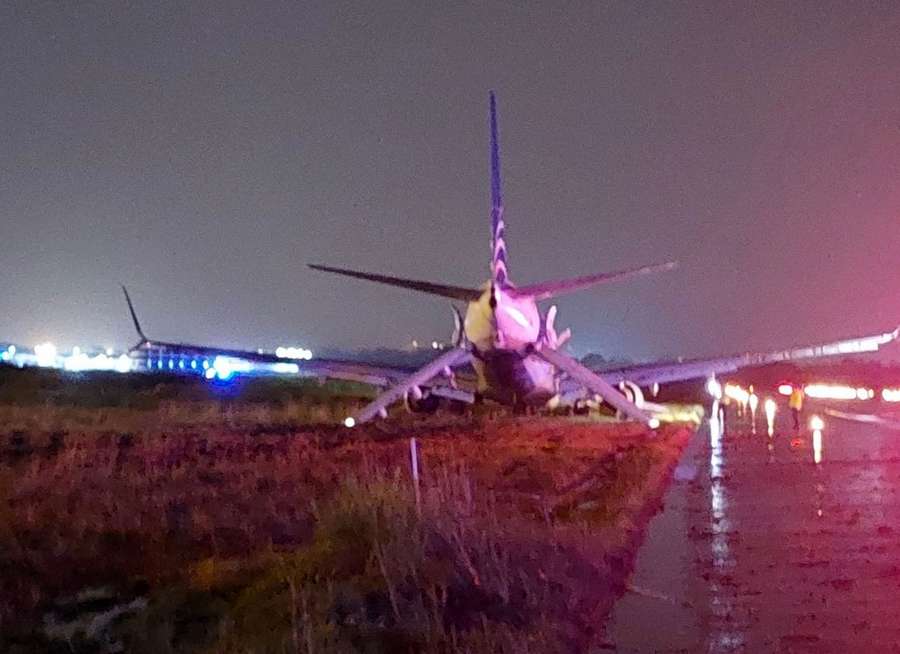 According to reports, the Copa aircraft first veered to the right of the runway, as its crew flared it over runway 03R. But as the incident progressed, the Copa 737 touched down near the centerline, before veering to the left of the runway. The aircraft left the runway surface while it was still doing approximately 110 knots (ground speed). 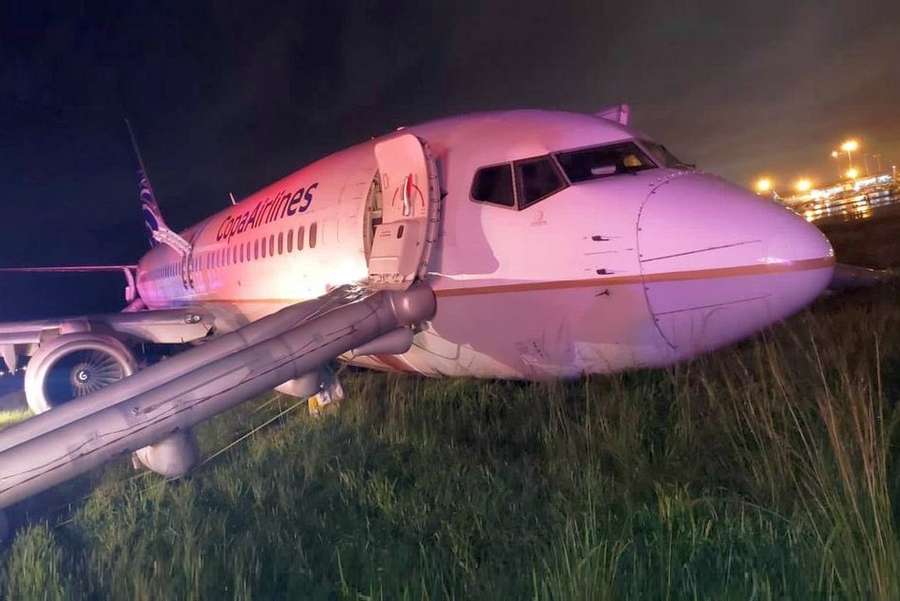 Eventually, the aircraft stopped after tracking parallel to the runway, for most of the runway’s length. The Boeing 737 went across several runway turnoffs in the process. After stopping, it appears that the aircraft’s nose gear either collapsed or sunk into soft ground. The crew then decided to evacuate the aircraft using the slides.

Fortunately, there were no injuries either during the incident itself or during the evacuation of the Copa 737. The authorities initially closed the airport, with operations later continuing only on the other runway (03L/21R). Panama’s Civil Aviation Authority announced the opening of an investigation. The Airport reported only that the aircraft suffered a mishap during landing. 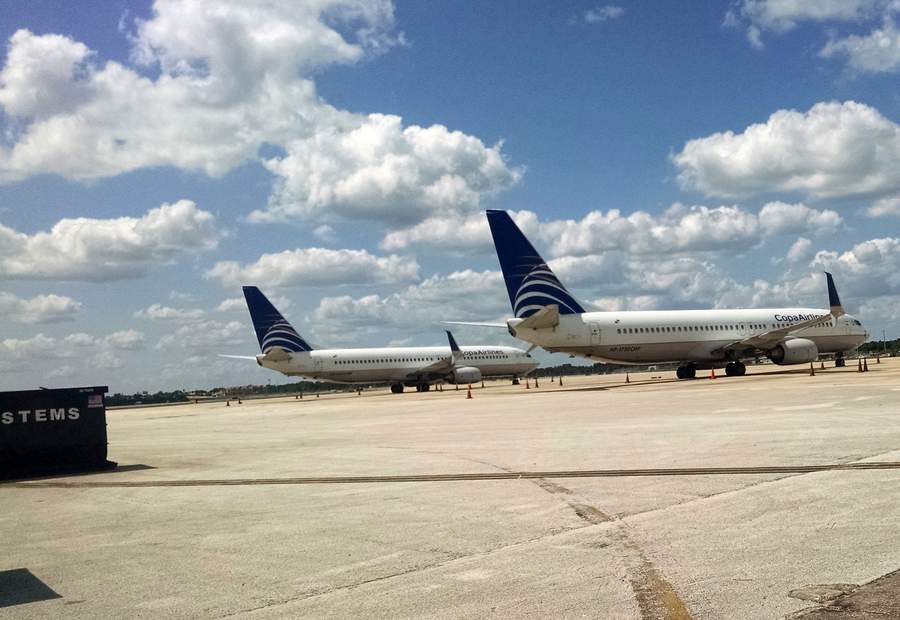 The incident aircraft is a 12-year-old Boeing 737-800, with registration HP-1539CMP. It entered service in March 2010, with Copa being its first operator. Boeing originally started building it for Delta Air Lines, who didn’t take it up.