An Air Baltic Airbus A220 appears to be stuck on the ground, after suffering damage in a hard landing. And the event was captured on video!

The incident happened on the 24th of February. It involved Air Baltic flight BT-619, a daily afternoon service, departing Riga International (EVRA) in Latvia. The flight’s destination is Amsterdam Schiphol (EHAM) in the Netherlands. It isn’t clear at this time how many passengers and crew were on board. 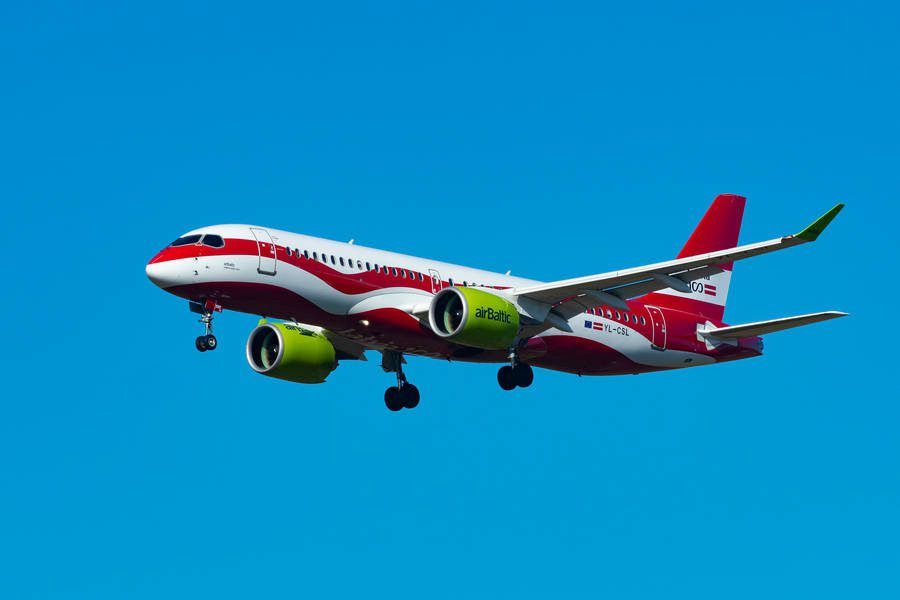 The flight took off from Riga’s runway 18, departing on time. Then after approximately two hours and fifteen minutes, the aircraft was on approach to Schiphol’s runway 27. However, there were strong gusting winds, that would cause the Air Baltic Airbus to have a hard landing. This is what the METARs looked like, just before and after the landing (at 17:04Z): 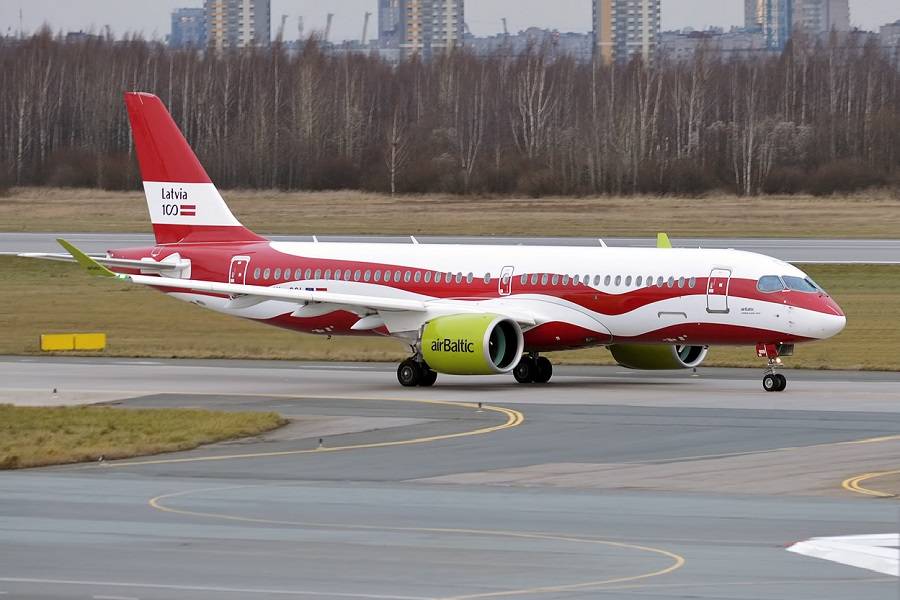 So before the incident, the winds came mostly straight down the runway but varied considerably in direction. Then this direction began to vary even more, and now the wind speed increased and varied, as well. About a minute before their hard landing, the Air Baltic crew asked for a wind check. The tower responded with “250 (wind direction in degrees) at 22 (knots) maximum 35”.

As the video shows (end of the article), the Air Baltic Airbus A220 then made a hard landing. Afterwards, it bounced back up in the air, reducing its pitch before touching down again. ADS-B (GPS) data indicates that the descent rate of the aircraft in the moments before touchdown was over 1,200 ft/min. 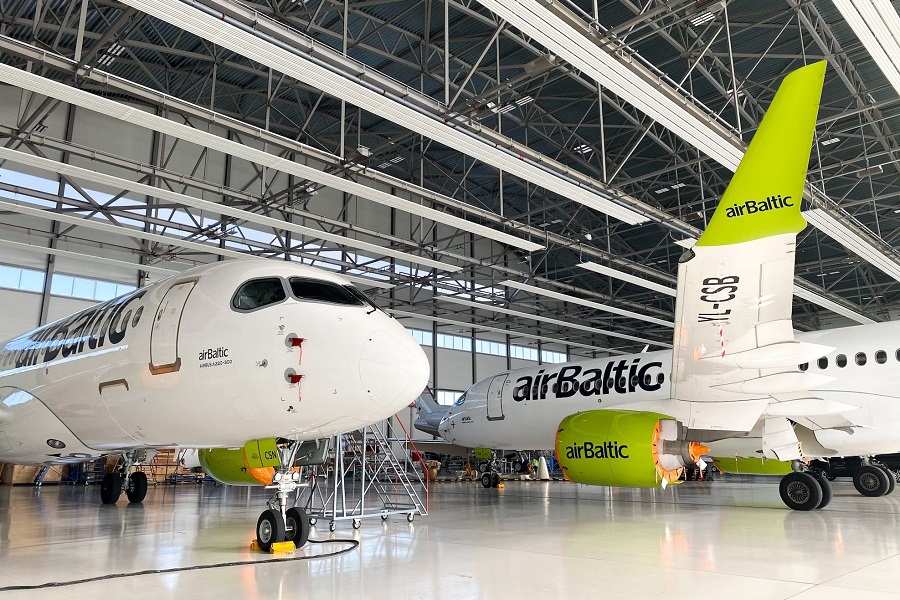 On delivery, the incident aircraft had the airline’s conventional livery. But not for long. Photo: airBaltic

The aircraft is an Air Baltic Airbus A220-300, with tail number YL-CSL. It is nearly three and a half years old. The airline has named it “Riga” and given it a distinct “Latvia” livery. Air Baltic has had at least one specially-painted aircraft for each of the three Baltic countries that it serves. Hopefully, the airline will be able to return this jet to service, soon.