A 737 crew returned to their origin airport after take-off, following an engine failure. But they flew low enough to suffer some more damage! 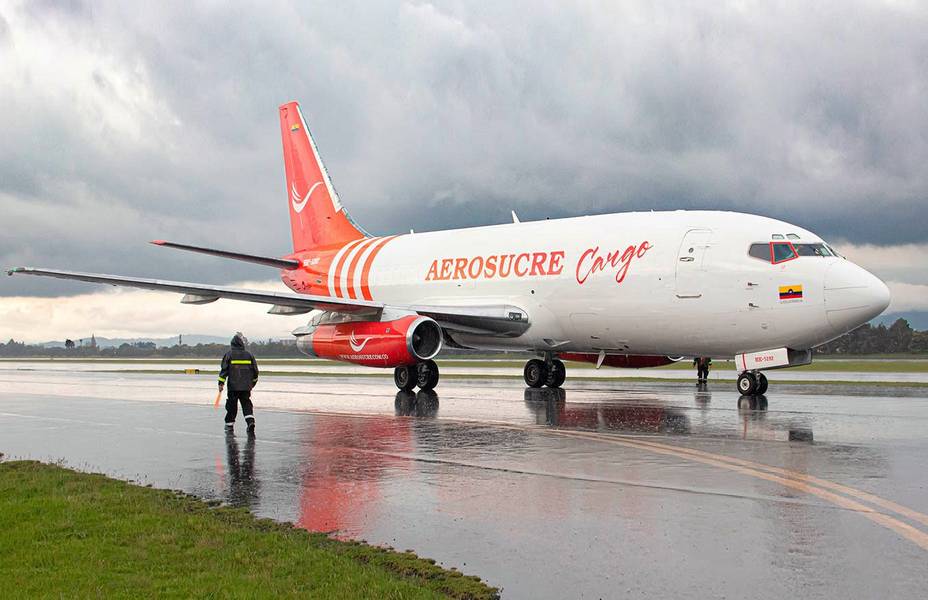 The incident happened on the 3rd of February this year. It involved a cargo flight by Aerosucre, using one of its 737-200s. The flight’s origin was Germán Olano Airport (SKPC) at Puerto Carreño, in Colombia. The domestic flight’s destination would have been El Dorado International (SKBO) in Bogotá, Colombia.

Puerto Carreño is a focus airport for Aerosucre, with Bogotá being its primary base. On this occasion, the flight was departing from runway 07. But during the take-off roll, one of the aircraft’s engines lost thrust, after showing overheat indications. However, the 737 crew elected to continue their take-off after the engine failure. 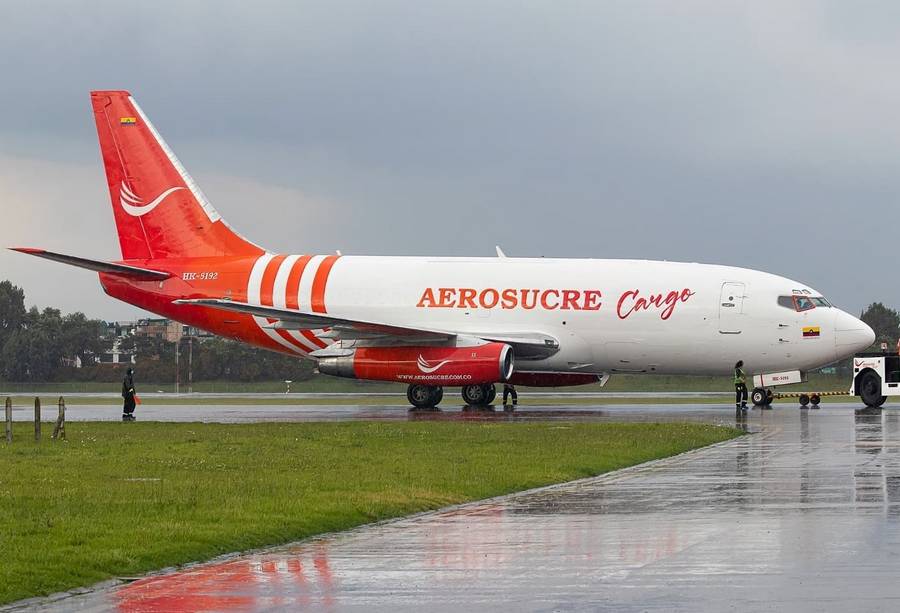 The plane recently went through a C-Check and got the airline’s new livery. Photo: Aerosucre

We don’t know at this point at what stage in the take-off roll the failure occurred. Nevertheless, the crew got the aircraft flying. But initially, at least, the aircraft remained very low. There was a security camera, approximately 250 metres (820 feet) beyond the end of runway 07 in Puerto Carreño. It appears to show the 737 just barely clearing several trees and power lines, after its engine failure.

After the aircraft passes overhead, the video shows tree branches and other debris, kicked up by its engine(s) and wake. Afterwards, the flight’s crew brought the plane back for landing, on the same runway. There were no injuries. And despite the flying debris in the video, reports suggest that the plane didn’t actually hit anything. 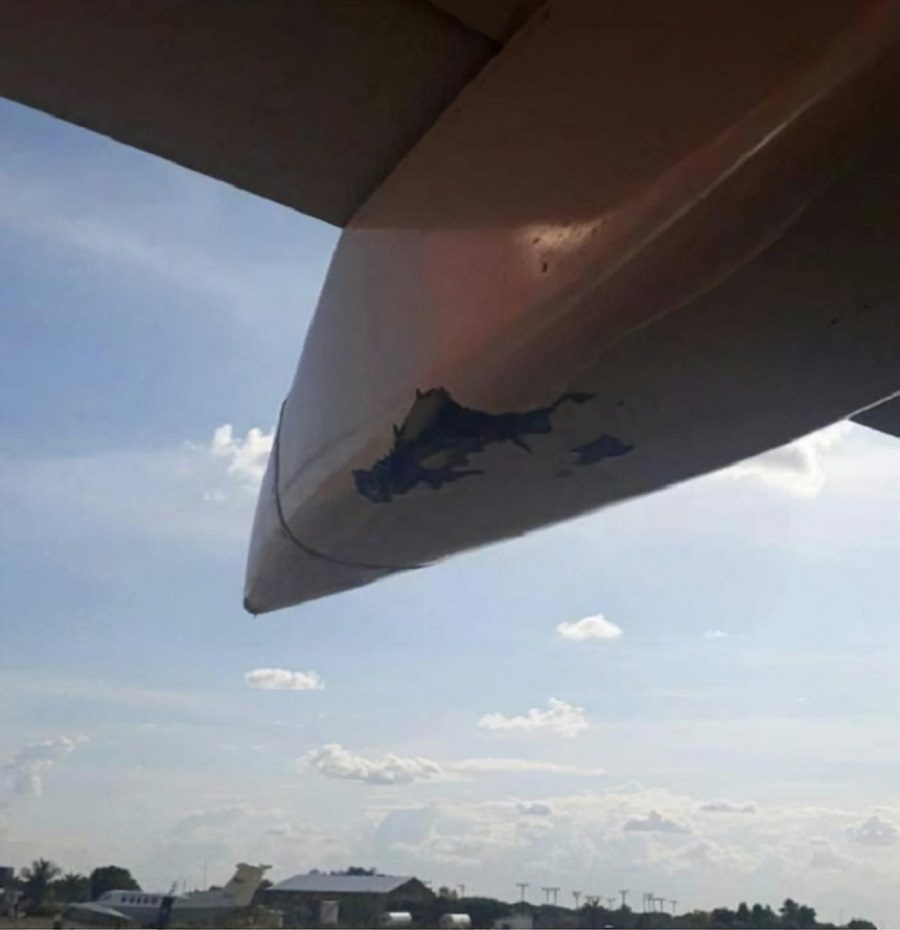 Or did it? One picture, purporting to be from the 737 that suffered this engine failure, shows some damage on a flap fairing. There don’t appear to be any reports about damage to the ground, or a confirmation of damage to the aircraft. The plane itself is an Aerosucre Boeing 737-200, with tail number HK-5192. It is just over 37 and a half years old, first entering service in 1984 with MarkAir (USA). It later flew for others, including Alaska and Aloha. Aerosucre picked it up in 2017.

This 737 went through a C-check recently, returning to the airline last October – four months before this engine failure. The airline has another 737-200, and recently took delivery of a 737-300, as well. Finally, Puerto Carreño’s Germán Olano Airport is the site of the Aerosucre flight 157 crash (with a 727), in 2016.