How To Measure An A350’s SAF Emissions – In Flight!

Airbus is testing its aircraft with 100% SAF fuels, to study their performance and emissions. And their way of doing so looks a bit… scary!

We recently saw Airbus flying two A350s one behind the other, all the way from France to Canada. This related to an efficiency initiative, that could lead to enormous fuel savings for the second aircraft in the formation. This article is NOT about that. Those A350s cruised one behind the other, at distances of 1-3 nautical miles or so. 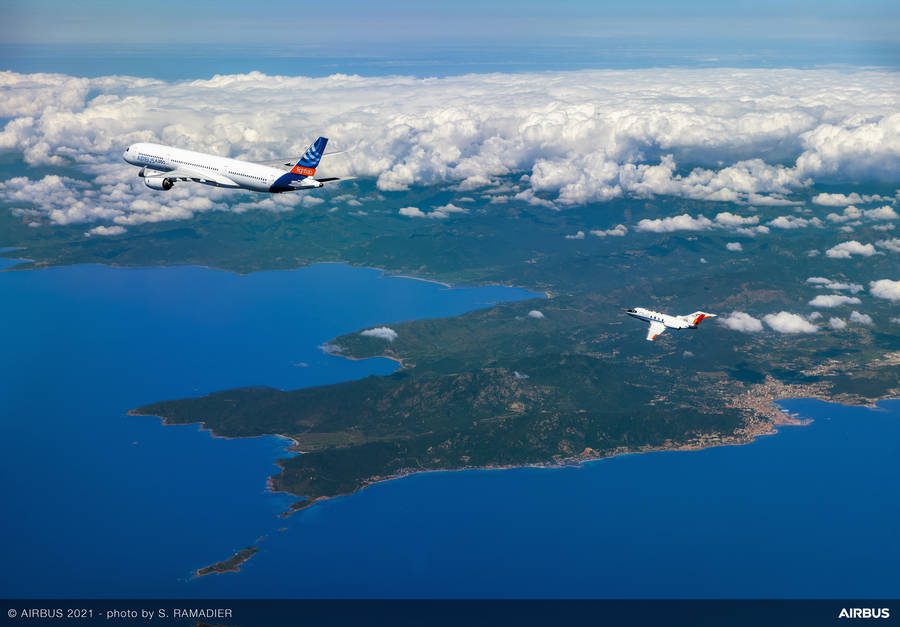 This time, Airbus is flying one A350 at the front, and a tiny Dassault Falcon 20E bizjet in the rear! The reason? As the title says, Airbus wants to measure the emissions its planes produce, when burning 100% SAF. The manufacturer made their start with the A350, but flights with an A320neo have followed.

Oh and one other thing: that Falcon 20E and its brave crew aren’t flying 1-3 miles behind the A350. Nope, to measure those emissions from SAF and baseline (i.e. normal) fuel, the Falcon crew get within 100 metres (330 feet) of the airliners! And from the manufacturer’s pictures and video, it seems that the Falcon’s sensors are mounted on the wing and fuselage. So the small bizjet really needs to get in the wake of the big jets. 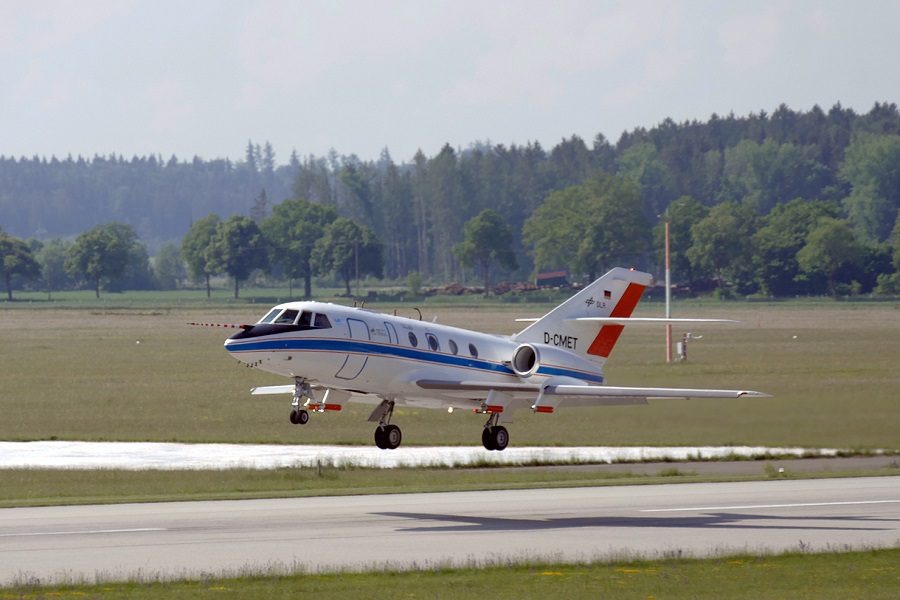 “We can test the engines and the fuel system on the ground, but to gather the full emissions data necessary for this programme to be successful, there’s only one way to do that and it’s to fly a real aircraft in real conditions.”

Fortunately, it seems that their work is not in vain. This is a long-term project, that will involve many flights with different aircraft. And then Airbus and its partners will have mountains of data to go through. But early results on SAF fuels look very encouraging. In particular, researchers note that particulate emissions with SAF fuels are much lower. Particulates lead to the formation of contrails. And avoiding them brings environmental benefits. 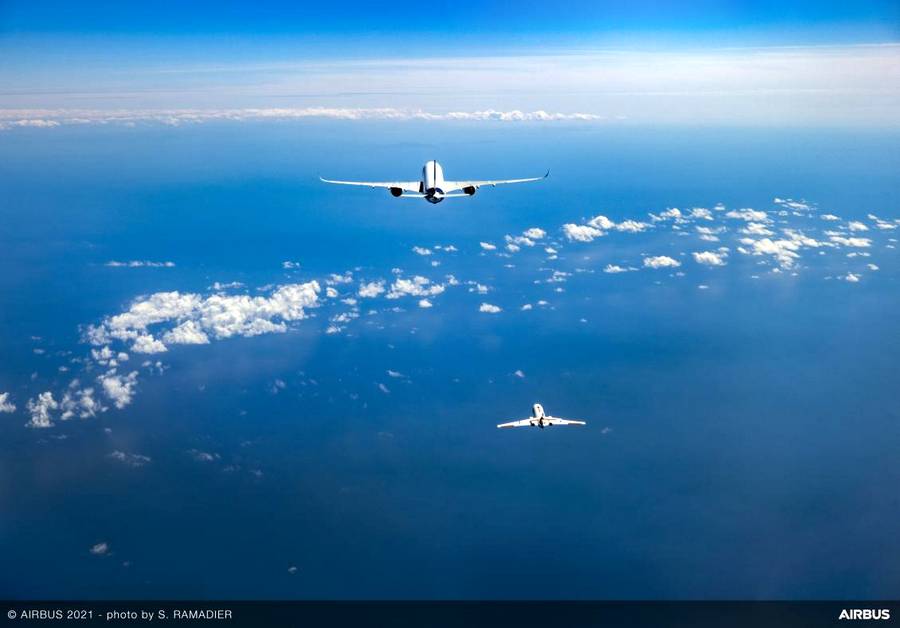 Airbus has several partners in this project. They include Rolls-Royce, SAF producer Neste and German research centre DLR. The latter actually owns the Falcon 20E meteorological and atmospheric research aircraft. The flights are part of the Emission and Climate Impact of Alternative Fuels (ECLIF3) project. ECLIF3 also includes the University of Manchester in the UK and the National Research Council of Canada.

For their SAF emissions testing, the aircraft flew at cruising altitudes over the Mediterranean, south of France. The flights lasted roughly three hours each, and the A350 did actually operate both its engines on 100% SAF throughout. Currently, airliners can only burn 50% SAF on commercial flights. The goal is to raise this certification limit to 100%, by the end of the decade.

But the real challenge is elsewhere. As we have seen, the issue with SAF fuels isn’t the technological limitations of the aircraft themselves. The problem is making these fuels available in scale, for a reasonable price. Hopefully, some of the many research projects on SAF fuels will solve this problem, making these advantages over emissions a practical reality.