Flying Boats – Where Did They Go?

What do you get if you cross the sea with an aeroplane?

Generally, you get a nice, fast, mostly smooth, comfortable ride to wherever you’re going. There may be food. Perhaps a movie or some other multimedia entertainment. And there’s no need to worry about rough waters, slow progress, seasickness and krakens.

But say you’re the sort of person who likes their aviation with a bit of nautical mystique thrown in. Maybe your dream aircraft would be one that could, if you wanted it to, double as a boat. Like a kind of definitely-not-trademarked generic toy robot action figure that’s capable of changing into a vehicle.

What you want, Cap’n, is a seaplane.

Imagine it: you’re flying over a lovely big lake, and with a pull of a lever and a gentle touchdown, you’re skimming across the water, slicing up a wake behind you like a goose doing one of those long, graceful landings… And then your plane settles into the water and suddenly you’re in a boat, engines off, waves lapping gently against the hull, listening to the call of the distant water birds.

Yes, and it also sounds like someone who’s only ever flown seaplanes in simulations where there isn’t an actual job to do. Real seaplanes generally have to work for a living.

Seaplanes can generally be divided into two basic types. First there is the “flying boat”, which is an aircraft built with a boat-like hull, enabling the entire aircraft to float in water. These usually have high wings with engines held well above the waterline either on the wings or on pylons. The aircraft, having a single hull, will be prone to rolling in the water due to the high, wide weight of the wings. For this reason, flying boats are often equipped with additional floats, sometimes retractable, on struts at the ends of the wings. These prevent the wing tips from dipping into the water, especially when the aircraft is moving at speed for take-off or landing. 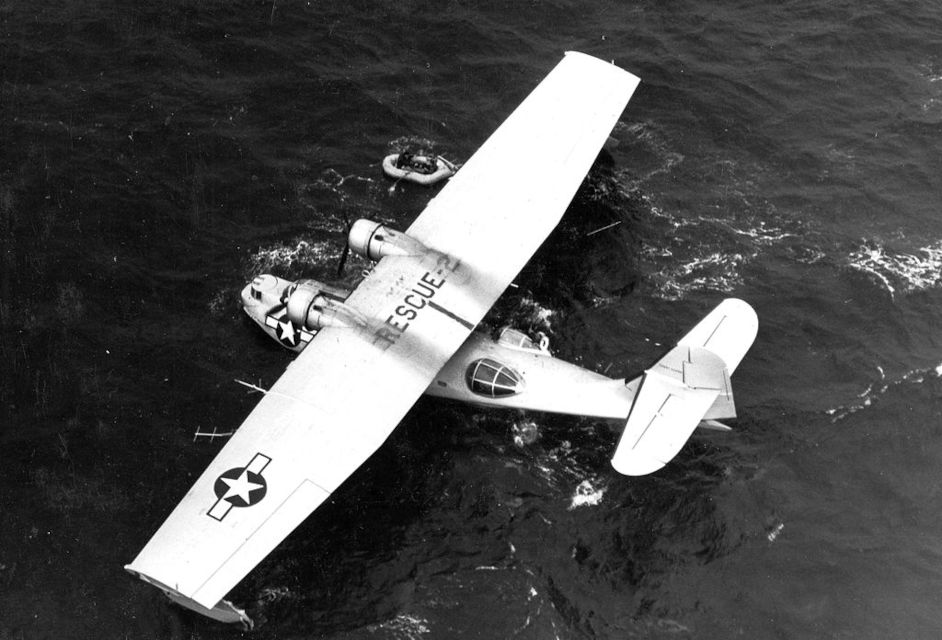 Then there are the floatplanes. These are usually modifications of existing aircraft types, but with conventional landing wheels replaced with floats. These planes therefore sit on the water rather than in it. These have certain advantages, in that the aircraft doesn’t need to be substantially redesigned or made completely watertight; and because the floats form a kind of twin-hull “catamaran” pattern, the weight of the aircraft on the water is distributed more widely, and there isn’t as much of a tendency to roll sideways.

Some aircraft in both categories are also equipped with retractable wheeled landing gear, enabling them to operate from water or from land runways. Because of this dual ability, planes of this type are referred to as “amphibians”. 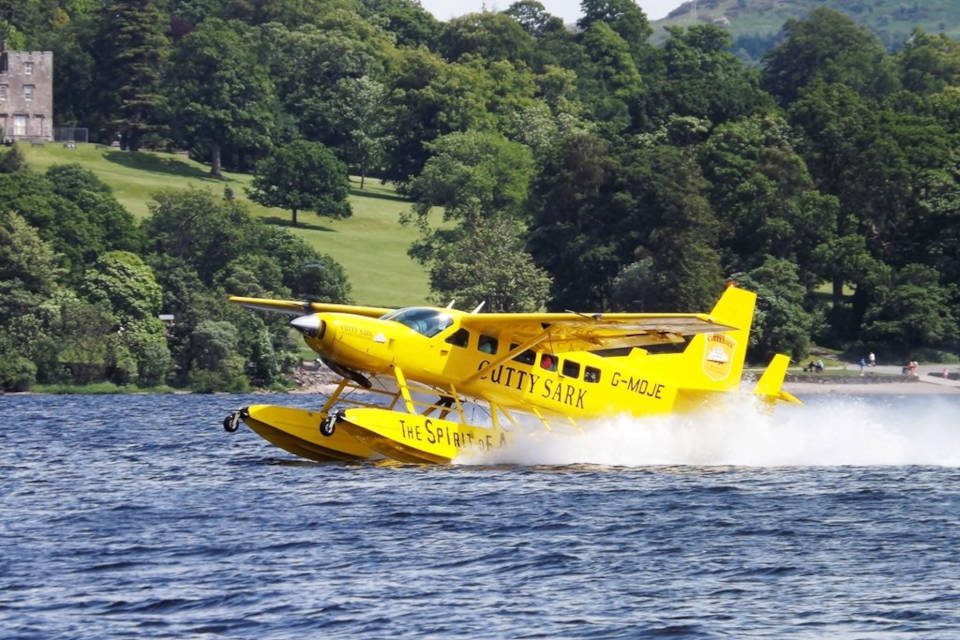 A Cessna 208 Caravan Amphibian takes off from Loch Lomond.
(Image by Mark Harkin, CC BY 2.0, via Wikimedia Commons)

Quick: who invented the aeroplane?

If you said “the Wright Brothers” you’re… kind of correct. The Wrights were certainly first to achieve sustained flight – or at least publicise it – but it’s often easy to forget that when a new technology appears, it’s usually because a lot of people were all already working on it independently in a kind of innovation race. We remember the Wright Flyer as the “first airplane”, but theirs wasn’t the only design being worked on at the time. And, in fact, there were flying boat designs being patented as far back as the 1870s.

One was the project of Austrian engineer Wilhelm Kress whose craft was the magnificently named “Drachenflieger”, or “dragon-flier”. At the very start of the twentieth century, Kress had conducted some promising taxi tests on a lake, but he wasn’t able to afford the more powerful, lighter engine he needed to achieve sustained flight. And sadly, in 1901, the lightweight and fragile Drachenflieger suffered severe damage while operating on the lake, broke up, and sank. 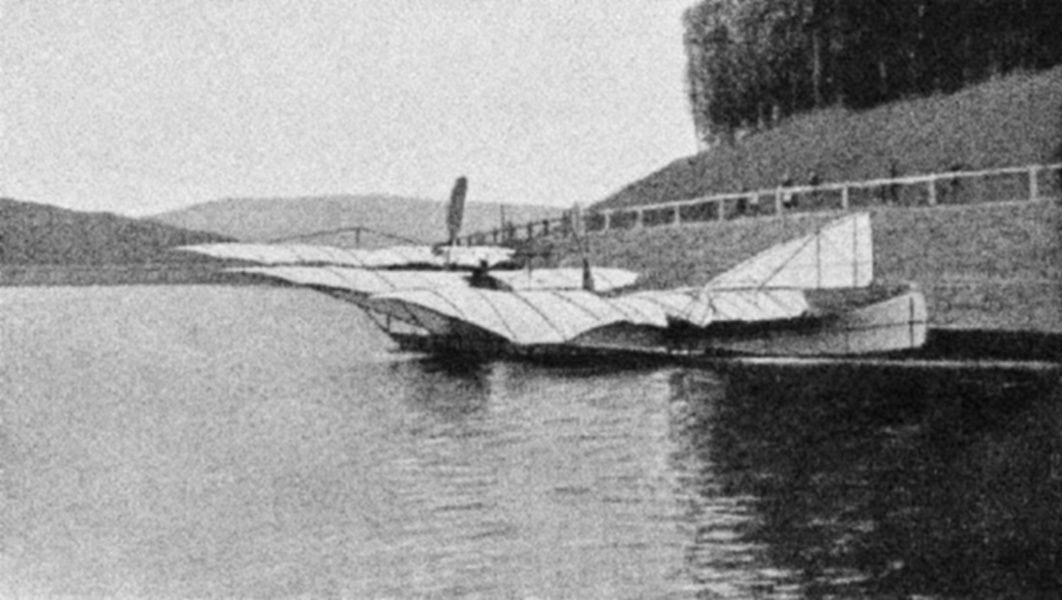 Still, it’s not hard to imagine that, had he had the extra funds he needed, or if that damage hadn’t occurred, maybe we’d be remembering Kress’ Drachenflieger as the world’s first heavier-than-air powered flight.

But the title went to the Wrights. And once that first hurdle had been passed, the race was on. During the 1910s and well into the 1930s and 40s, it seemed like just about everyone had an idea for a bigger, better, faster seaplane. They were the focus of a huge amount of innovation and development, until just after the Second World War, when seaplanes, or more specifically flying boats, just faded away,

Today, although floatplanes remain in fairly regular use, especially in certain areas of the world such as island groups or places where there are extensive lake systems, you don’t see many new flying boats any more.

Some World War II-era flying boats continued to operate into the twenty-first century – the Grumman G-21 Goose being a popular and reliable workhorse used by many a local airline. Some larger models were used as water bombers for firefighting: four massive Martin JRM Mars flying boats were operated by a forestry consortium in British Columbia to fight wildfires. Having been adapted to this purpose at the start of the 1960s, they continued to fly firefighting missions into the early 2000s.

Where Did All The Flying Boats Go?

But the flying boat definitely enjoyed its heyday before the 1950s. Why did interest start to taper off, when they’d been such an important part of aviation until then?

Simply, the advantages that flying boats had once promised began to seem less advantageous.

One of the key plus points of the flying boat – especially the amphibious types capable of water and runway landings – was that they could reach places that didn’t have landing facilities. But World War II had driven rapid development of military airfields. Many of these were near towns, to allow for fast interception of inbound bomber groups. And many of those fields were sold into civilian ownership once hostilities ended

All this meant that there was now an abundance of landing fields in convenient proximity to towns and cities. Suddenly, the ability to land on water wasn’t such an advantage any more. If anything, the situation had begun to reverse. Post-war, this new infrastructure made land airports more convenient for inter-city travel than the distribution of water bodies had ever offered. 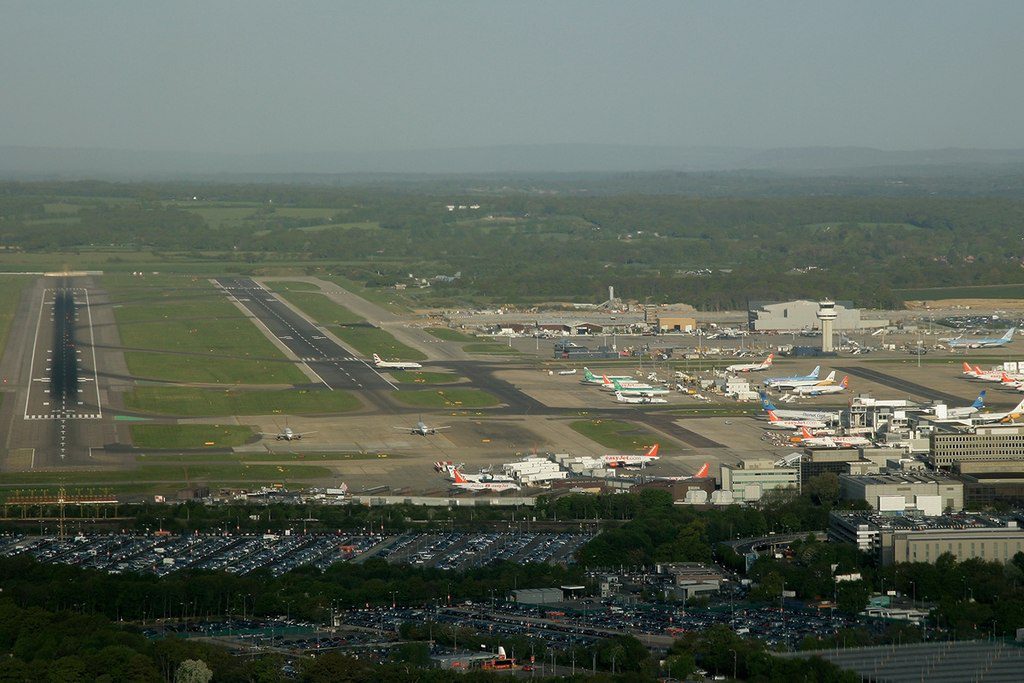 The seaplane – the flying boat in particular – was quickly pushed out of the spotlight as commercial aviation focused on the more efficient, and more profitable, combination of jets and large land airports.
So are there no more flying boats?

Well, there are still some around. And there are still new designs being developed and built, albeit on a much smaller scale. Most modern flying boats tend to be small craft built for leisure and sports purposes: custom-builds, kits like the Progressive Aerodyne SeaRey, and light sports planes such as the Icon A5. 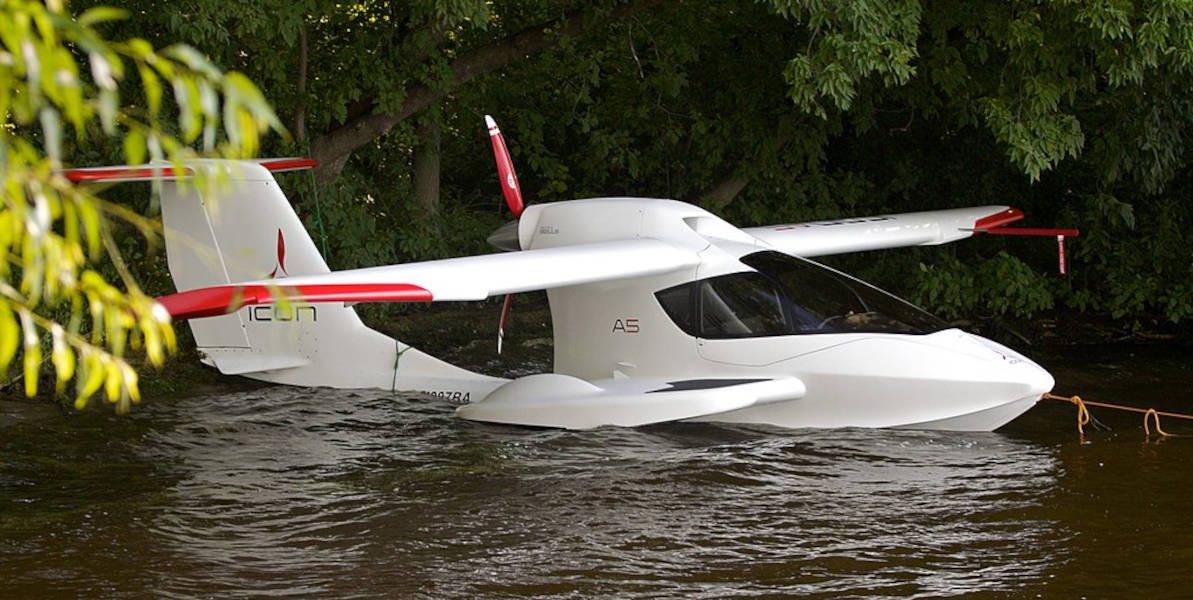 But there are more recent aircraft on the large side, too. Most of these focus on firefighting, serving as water bombers like the Mars, as well as search-and-rescue (SAR) work. Viking Aircraft are still developing and producing a variant of the Canadair CL-415 for firefighting use, while China Aviation Industry General Aircraft (CAIGA) are in the process of certifying the huge AVIC AG600 Kunlong – a four-engined turpoprop flying boat also intended for use in firefighting as well as SAR.

Flying boats, then, haven’t entirely gone away. Rather, they just appear to have settled into a couple of niches where they can really shine. 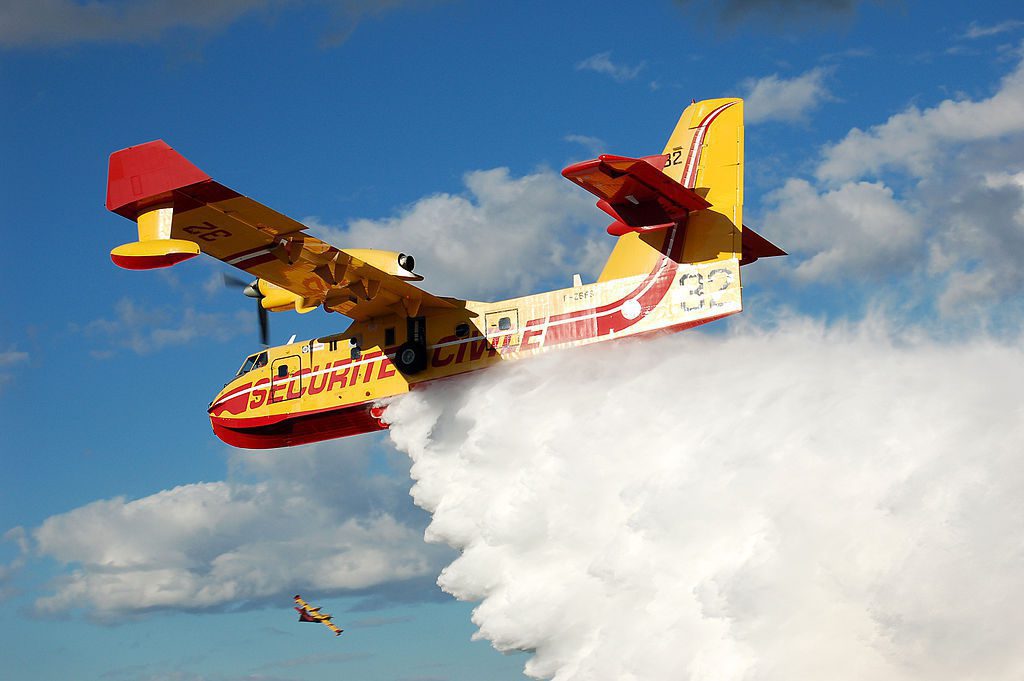 (Image by Gérard Joyon, CC BY 3.0, via Wikimedia Commons)