Embraer believes that airlines will focus on right-sizing after the pandemic. A switch to profitability as the main target will shape their purchases. Embraer thinks their aircraft line-up will suit the times. However, their competition also has similarly suitable fleet choices…

2020 has not been a good year for Embraer. Their planned merger with Boeing went nowhere. However, the deal struggled even before the pandemic kicked in. But in the 2020 Market Outlook they published yesterday, they show higher expectations. Embraer states that airline right-sizing will feature strongly in the next few years. And if they’re right, their fleet will fit these times well.

Embraer bases this prediction for right-sizing on a number of factors. They forecast the future growth for aviation to be quite small, at 2.6% per year, over the next decade. However, they expect growth to be much higher for aircraft in the 100 to 150 seat range. Embraer sees a demand for 5,500 such aircraft over the next decade. Of these, 4,220 will be fleet replacements and the rest (1,280) represents growth.

Embraer thinks that the pandemic is a right-sizing opportunity for airlines that already had plans for it. This is visible when it comes to older, less efficient aircraft. The majority of these are far bigger than the sizes Embraer is looking at, however. Nonetheless, we have seen airlines planning to replace older generations of narrow-body Boeing and Airbus aircraft as well.

There is more to it than these Covid-inspired retirements, says the manufacturer. Embraer sees changes in passenger behaviour, that will drive right-sizing further. A big one will be the digital revolution. Embraer sees the proliferation of remote meetings and working from home as a limiting factor for long-haul travel.

A raised awareness for health risks from travel will compound the above. Arguably this affects all kinds of travel, but the manufacturer sees a stronger effect in long-haul. Factoring environment awareness features here, as well. Embraer feels that the public’s demands will affect airlines’ right-sizing in this regard. 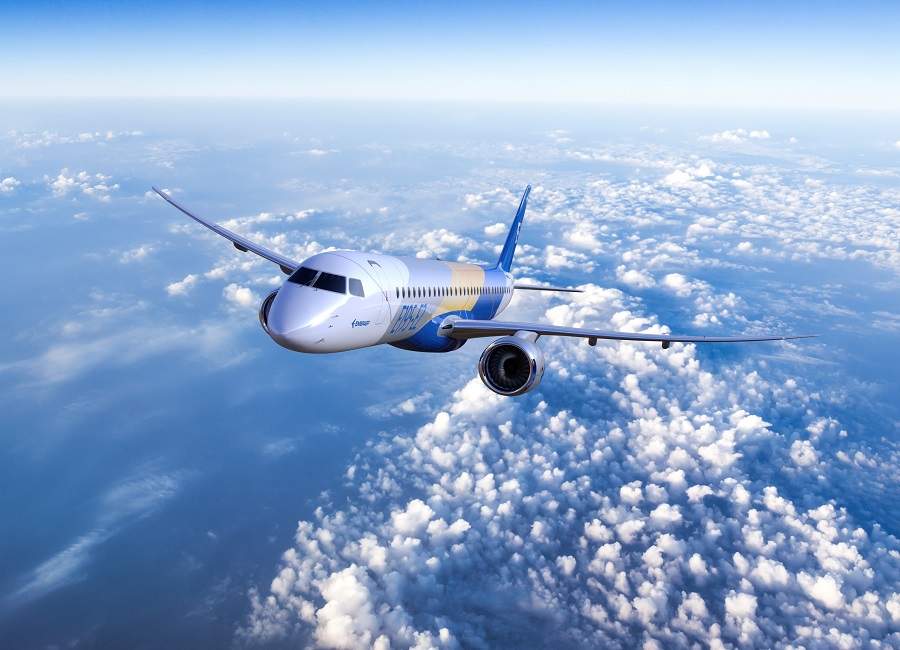 Another factor is what Embraer refers to as ‘regionalization of air travel’. This affects business travel, on top of remote meetings. The manufacturer thinks that businesses are ‘going local’ with their supply chains. On top of factors like environmental concerns, businesses will be looking to protect their supply chains from ‘freak’ events, like this pandemic.

The above has implications for cargo. Embraer is considering a ‘passenger to freighter’ (P2F) conversion programme for its older E-jets. This would, in turn, drive the market for newer, passenger Embraer E2 jets. A shift to local supply chains could drive demand for these freighters. Although arguably, it would benefit other forms of cargo (road, rail) even more. This may not support Embraer’s right-sizing airline market as strongly as its other arguments.

Below the 100 passenger line, Embraer sees increased demand for turboprops and has plans for them, as we’ve seen. Unlike their early turboprops, its future range will see bigger aircraft, in the 74 seat range. This is a better fit for the American regional airline market. Turboprops are more efficient for shorter trips, so Embraer expects right-sizing efforts to shift in that direction. 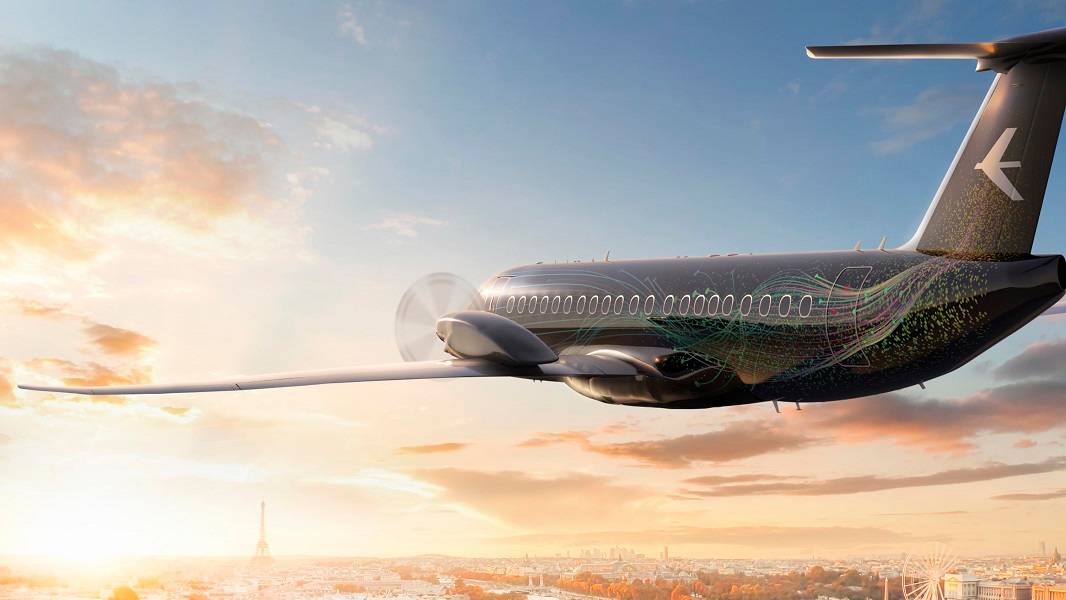 Embraer is looking for partnerships, both for funding and industrial efforts in its turboprop project. They do not want a repeat of the Boeing merger story, however. So partnerships will be project-level, not business mergers. The company is keen to emphasize this point. They still have a Boeing partnership for their C-390 Millennium, a military cargo jet aircraft.

Interestingly, Embraer are aiming to make a turboprop with conventional power. They do not have any plans currently for a hybrid, or something with alternative fuel like Airbus’ hydrogen project. They have already argued against hybrids and electric aircraft, stating they will first appear in the sub 50-seat aircraft segment.

Nonetheless, their decision to launch this project could go beyond 2021, depending on partnerships. Demand for right-sizing and other requirements from Embraer’s future partner could change this decision. Saab, an older maker of turboprops, has already denied a return to this market. They’re focusing on military jets instead. 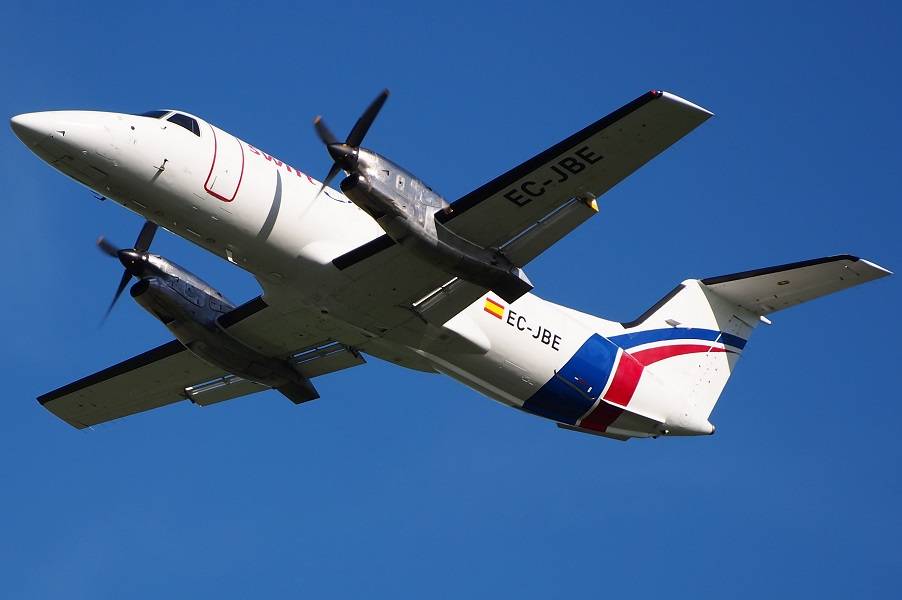 Embraer began as a turboprop maker, but with fewer seats

Does Everyone Agree with Embraer?

Low-Cost Carriers generally don’t. There are LCCs with aircraft in the 100-150 seat category. However, many are enlarging their aircraft, not making them smaller. Ryanair is pushing on the 200-seat limit, before another cabin crew member would be necessary. Wizz Air is raising the proportion of A321neos in its Airbus orders. These carriers don’t see right-sizing the way Embraer defines it.

Elsewhere, some legacy carriers are definitely shifting downwards in capacity, in all categories. We saw how Air France are swapping their entire A320 family with an A220 fleet. This right-sizing matches Embraer’s expectations. Air France could still get some A321neos, if Airbus doesn’t develop a bigger A220-500.

We should point out that moves like the one from Air France started before 2020. The airline has been focusing on efficiency, especially since joining KLM in a partnership. The two airlines haven’t quite started coordinating fleet purchases yet, however. KLM buys Embraers, while Air France has committed to the Airbus A220. Here the matter is more about homogenizing than right-sizing, and Embraer may not be best-placed for it.

Air France agrees with Embraer’s predictions, but already chose the Airbus A220.

Speaking of which, the A220 has been selling better than Embraer’s E2-Jets lately. Embraer blames the timing of the pandemic and the updated aircraft’s introduction. Another factor could be the poor orders for the smaller E175-E2. The first E175 was a big seller, but it is a bad fit with US pilot union rules for regional jet airlines. The new turboprop project with address this.

It also remains for us to see if things like remote meetings really will have a lasting effect. The crisis brought them to the fore, but will they be long-term game-changers?