Information about the Sea Fury’s crash is still sparse. We know that the aircraft was performing a routine training flight. The crew had to deal with an engine problem, which led to a forced, off-field landing. The aircraft and crew were very close to RNAS Yeovilton (Royal Naval Air Station, EGDY). This is the base of the historic plane and its operator. 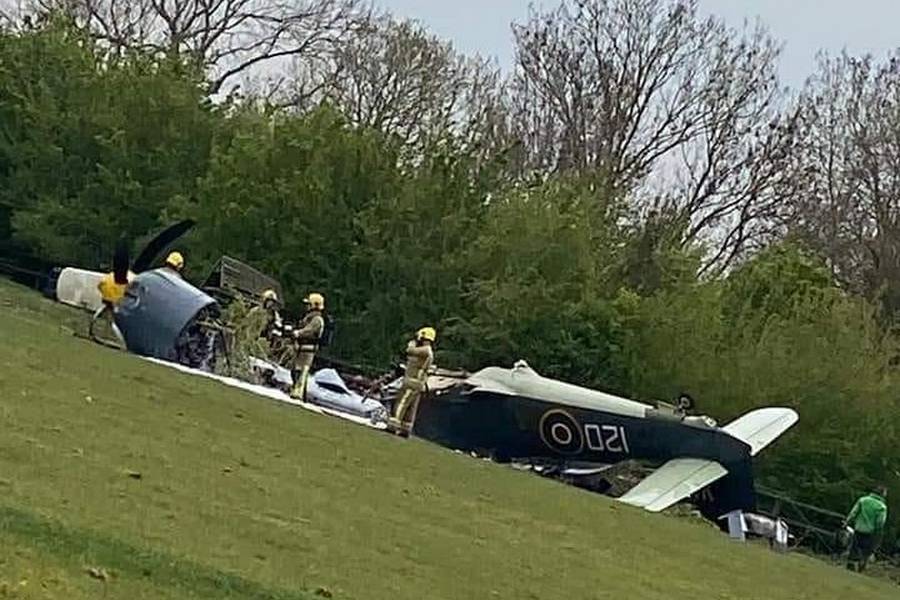 The aircraft’s operator is Navy Wings, which is part of the Fly Navy Heritage Trust in the UK. They own and maintain a number of historic naval aircraft. The Sea Fury in this crash is one of two that they own, the other being a single-seat FB.11.

Despite the inverted position and overall damage to the Sea Fury today, both crew walked away from the crash. However after they went to hospital for medical checks, medical staff decided to keep one pilot overnight for further checks. The other pilot was discharged. 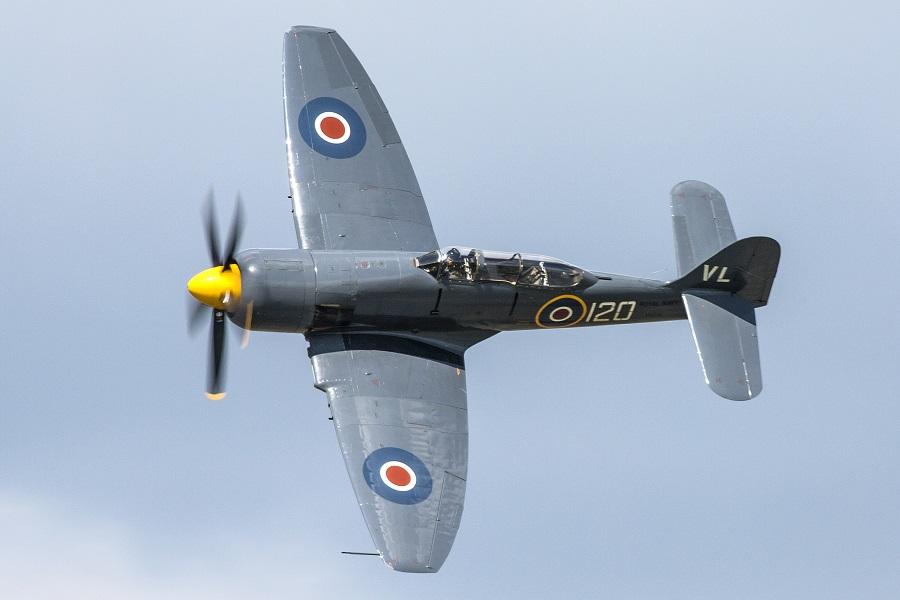 The Sea Fury in the crash is a T.20, which is a two-seat training aircraft. The Royal Navy took delivery of it in 1950. It was only the second of a total of sixty Sea Fury weapon trainers. The aircraft had a second career in Germany from 1963, towing aerial targets for the Luftwaffe. It then got to private hands, before Navy Wings got it in 2007.

The Sea Fury – And Another Crash?

Before today’s crash, this particular Sea Fury had another mishap in 2014, during an airshow. Its pilot made it to the runway at RNAS Culdrose in Cornwall, and tried to extend the landing gear. However it wouldn’t lock, so the aircraft ended up on its belly, in one piece. Navy Wings had to ask for donations, in order to get a new engine for the aircraft.

The Hawker Sea Fury was a fighter-bomber, that came to be thanks to a WWII requirement of the Royal Air Force. In that guise, its name was simply the ‘Fury’. The coming end of the war caused the RAF to cancel the project. But the Royal Navy, which expected to stick to piston-engined aircraft for some time to come, took up the project. It eventually entered service in 1947. Its engine is a monstrous 18-cylinder radial piston engine, making 2,480 hp. But at 12,350lbs/5,602kg gross, it’s a heavy fighter. 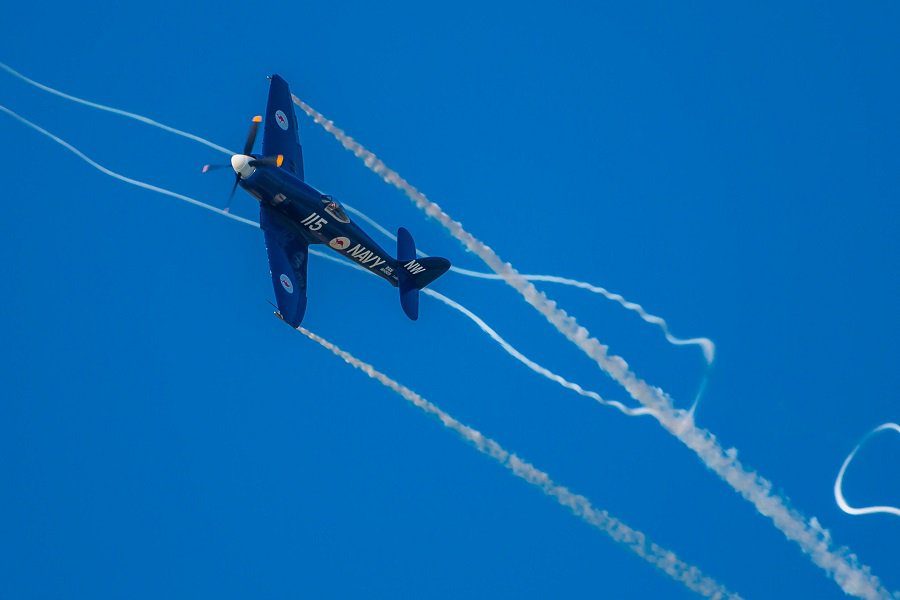 Initially there was no two-seater version, so Sea Fury pilots first had to take a crash course in different types. The two-seater T.20 was officially a ‘weapons trainer’, but has dual controls for general training roles. The aircraft saw service in the Korean War, and even the Bay of Pigs invasion – in Cuban hands.

In private hands, the Sea Fury is popular today in displays air races. Being newer than planes like Spitfires and Mustangs, it is naturally faster, making it quite competitive for events like the Reno Air Races.