In an announcement from Washington D.C., Ryanair Group CEO Michael O’Leary announced a firm order for another 75 737 MAX aircraft. The company previously had orders for 135 of the jets.

The airline was already expecting to take delivery of several of the aircraft already on order, in the coming months. O’Leary updated these numbers in today’s announcement. They expect the first 737 MAX in the spring, then 27 aircraft in service by next summer. They will have 75 of them by the following summer.

When it picks up the last of these 210 737 MAX aircraft by the summer of 2025, they will represent 35% of Ryanair’s total fleet. This is a vote of confidence to the aircraft that Boeing is quite keen to showcase. Today’s order being, of course, a massive marketing opportunity for the manufacturer. Ryanair’s order today eclipses all previous orders for 737 MAX aircraft this year.

Details for the price of this new contract were not forthcoming in the announcement, which isn’t unusual. List price for these jets is around $9bn. In a world without a 737 MAX crisis, this price might have had some relevance. It really isn’t relevant today, not for a loyal customer like Ryanair, not at such a difficult time for Boeing.

It is reasonably safe to assume that the airline got a very sweet deal for its aircraft. According to estimates by aircraft valuation firm Avitas, 75 737 MAX aircraft would cost around $3.5bn today. However, this does not take into account any other factors. O’Leary has mentioned compensation from Boeing to Ryanair for delays in delivering its existing 737 MAX orders. This would certainly form part of today’s contract. The cost of additional pilot training for the MAX variant could well be hiding in there, too.

Boeing has several ‘white-tail’ 737 MAX aircraft, that it would certainly like to sell to the airline. However, Ryanair strongly prefers a specific version of the 737 MAX-8, that has 197 seats. The standard MAX-8 has 189 seats. This has been key in Ryanair’s choice for the 737 MAX and they’d likely insist to getting this version. The airline actually has orders for standard MAX-8 jets, however.

Commenting on the grounding of the aircraft following the two devastating 737 MAX crashes, O’Leary mentioned the great work by aviation safety organizations in US, Europe, Canada and elsewhere, adding:

“This is the most scrutinized, most audited aircraft in history. I cannot tell you how confident we are in the safety of this aircraft”. 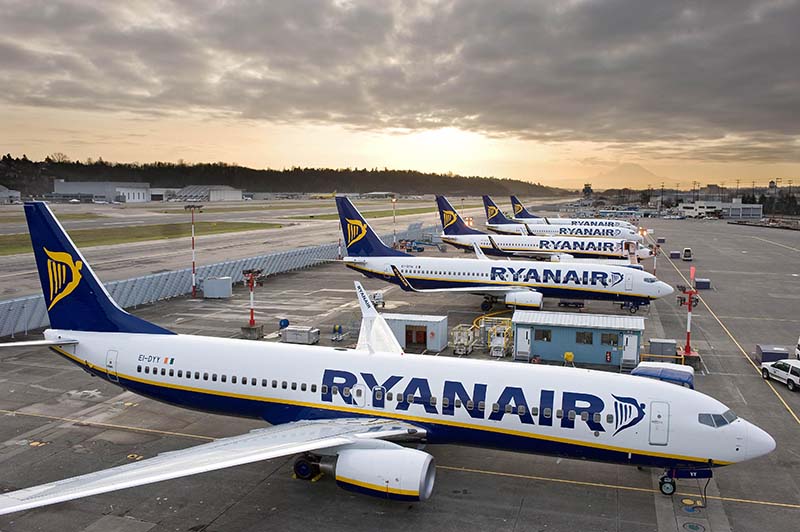 As already mentioned, this announcement is a much-needed boost for Boeing. Previously, deals for more aircraft revolved around using ‘white-tail’ jets to bring forward deliveries to existing customers. Or they involved airlines leasing aircraft. A new order for 737 MAX aircraft, of this size, is another matter. Ryanair famously ordered aircraft in hard times, like after the 2008 crisis and 9/11.

Adding to this, O’Leary told Reuters that he hopes to order more 737 MAX jets within 18 months. Ryanair wants some MAX-10s in that 737 MAX order. However, O’Leary estimates that delays in the stretched variant are quite likely.

The purchase means that the airline will have a fuel-efficient fleet in the 2021 and beyond. This will protect what is already a very robust competitive position. O’Leary is confident that Ryanair will come out of the crisis as the strongest carrier in Europe. And its new 737 MAX aircraft are a part of his strategy. With vaccines already on the way, the airline hopes to make a quicker recovery than its competition.