Did you know that Cessna once launched and sold a helicopter model? They did, and it even saw military service. So, whatever happened to it?

Cessna is a household name. For people who aren’t aviation geeks, the terms ‘Cessna’ and “general aviation aircraft” are almost interchangeable. The company has its loyal fans, with many (most?) current pilots having their first solo in one of their planes. Cessna also has its critics, for reasons that vary through the ages. 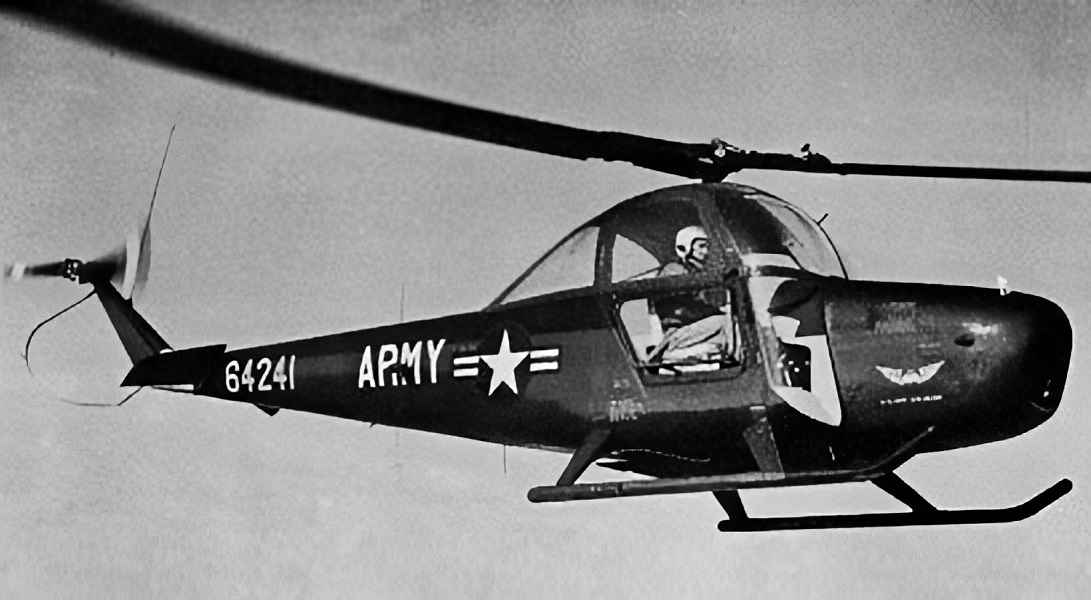 The company doesn’t have a reputation as a “first mover”. Their forte is building solid aircraft, by improving and honing existing designs. With that (somewhat controversial?) thought in mind, Cessna doesn’t seem likely as someone who might have dabbled in helicopter design. And yet, they did! Well, sort of.

What eventually became the Cessna CH-1 Skyhook, started out with a previous helicopter design, called the Seibel S-4. Charles Seibel, the designer, had worked on this idea for several years already, even attracting military attention. He didn’t come out of thin air; he’d worked for Bell and Boeing. Overall, the US Army liked the design but thought it could benefit from a higher payload and more development. 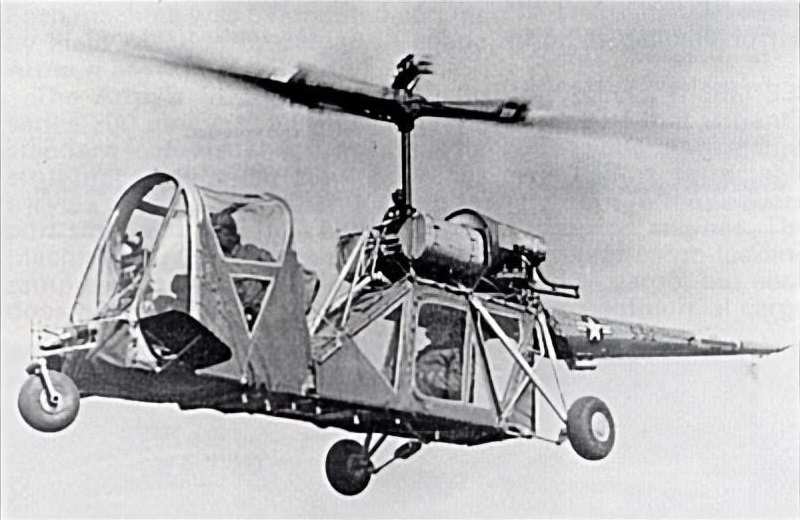 The Seibel S-4, a precursor to the Cessna CH-1

In 1952 Cessna acquired the Seibel Helicopter Company, with Seibel himself becoming helicopter division chief. The goal was to marry Seibel’s design with a bigger (piston) engine and a Cessna appearance! The engine moved to the nose, and the vehicle got a very Cessna-like body. The helicopter would get skids instead of the S-4’s wheels, as a result of US army feedback.

The Cessna CH-1 Skyhook helicopter prototype flew in mid-1953. After further development, the production CH-1C entered the market in 1956. Its forward-engine design may seem unlike normal helicopters today, but this wasn’t necessarily the case in the 1950s. Designs like the Sikorsky H-34 (circa 1954) had a radial engine (from a DC-3) in the nose! 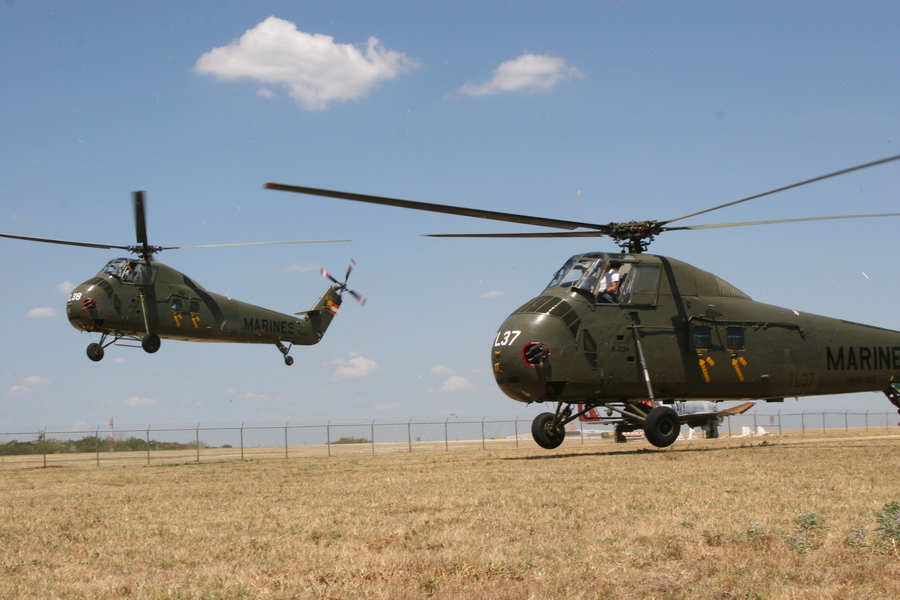 Helicopter or not, the Cessna CH-1 looked quite conventional, by comparison. Cessna used a Continental engine because this is who they bought their engines from at that time. Having the engine at the front made it quite accessible, compared to other designs. Perhaps ironically, the earlier Seibel S-4 had a layout that was much closer to the helicopters that we know today.

The front-engine design of the Cessna helicopter also had some CG advantages, with some caveats. It also offered better cooling, than some other helicopter designs. But the engine position, combined with the “bubble” glass canopy, meant that the shaft for the main rotor went straight through the cabin. The design of the engine exhaust was also a problem. 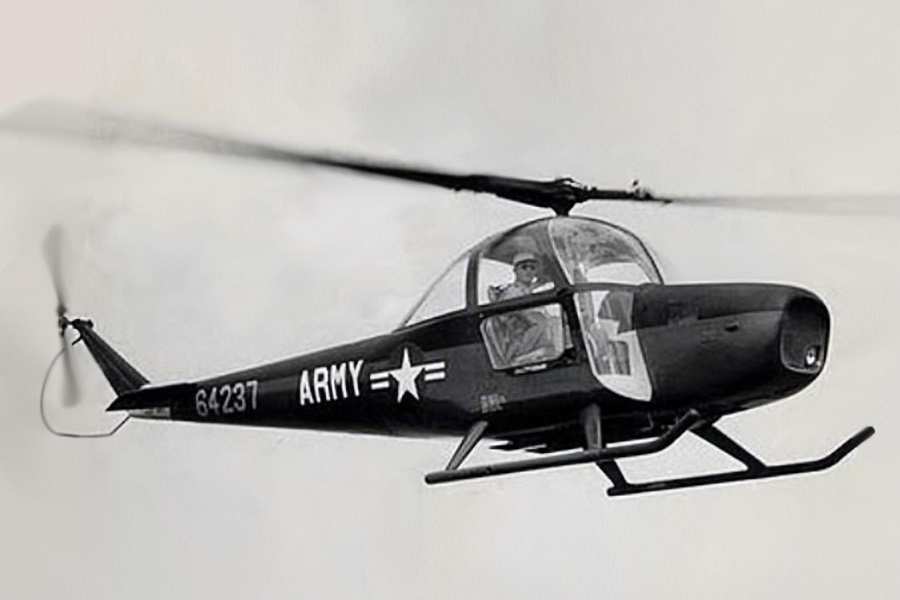 In total, Cessna built about 50 helicopters, across all CH-1 variants. These included ten test aircraft for the US Army, with the designation YH-41 Seneca. There were also 15 UH-41s, that the US government bought on behalf of friendly foreign governments. None of these helicopters are flying today.

Commercially, their foray into the helicopter world was a failure for Cessna. They reportedly bought back all civilian CH-1 helicopters and scrapped them, allegedly because of gearbox failure concerns. Only 1-2 military models remain in existence and neither is airworthy. But along the way, the design clocked some interesting records. It became the first helicopter to land on Pikes Peak. And a prototype with a larger engine set an official helicopter altitude record, at nearly 30,000 feet! 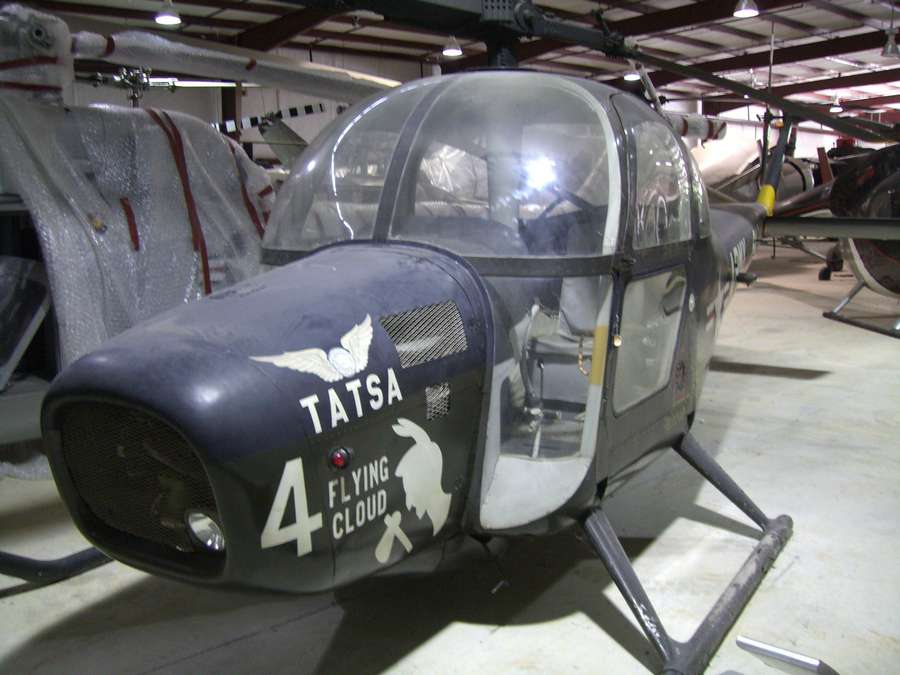 Oddly, the most lasting aspect of the Cessna helicopter is its name. ‘Skyhook’ makes sense to us today, because it echoes other Cessna names, like ‘Skyhawk’ (C172) and ‘Skylane’ (C182). Except that the CH-1 actually preceded both of these! However, it isn’t clear if Cessna awarded these names to their Skyhook and Skyhawk separately, or at the same time.

Today, after several changes in ownership, Cessna belongs to Textron. As we saw recently, they are still busy working on new models. But helicopters? Probably not, since Textron also owns Bell. Unless of course, they decide to revisit the idea of a front-engined helicopter. With so many developments around eVTOLs and Urban Mobility Vehicles, never say never…