Like the Caravan, Cessna designed the SkyCourier to customer FedEx Express’ requirements. But could the new plane enjoy similar success?

You really don’t need to be an avgeek to know who they are. Cessna is a household name in every sense. But it is not often that we get the chance to talk about a new model of theirs. The company has changed management several times over the years. Now a Textron brand, Cessna produces everything, from Citation bizjets, down to the venerable 172 Skyhawk. 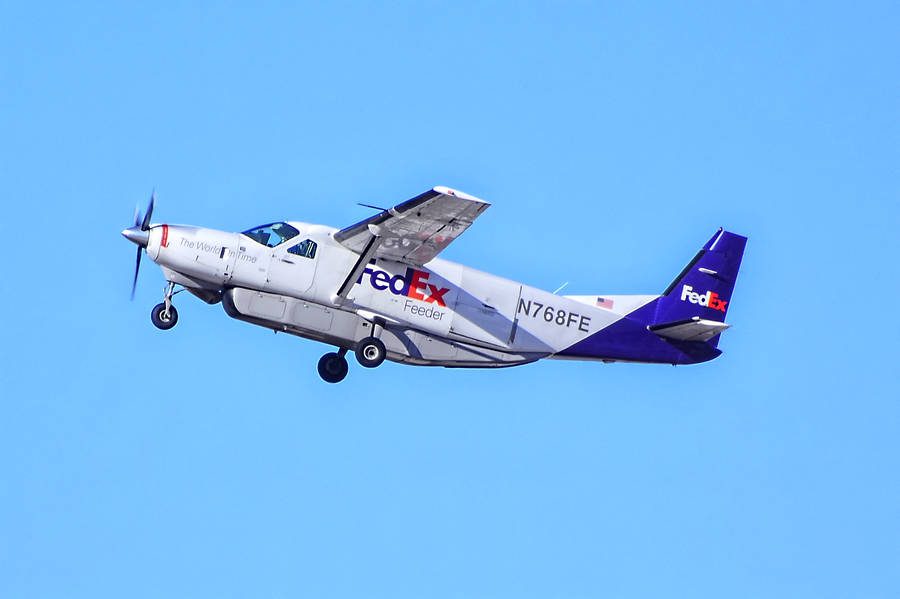 Somewhere in the middle, we find the Cessna 208 Caravan, and the SkyCourier has an interesting connection to it. The ‘Cargomaster’, i.e. the freighter version of the Caravan, came at the request of Federal Express. The plane was still a prototype at the time. Federal Express then requested a bigger variant, called the ‘Super Cargomaster’, which became the 208B ‘Grand Caravan’.

FedEx still uses many of these aircraft, through feeder operators around the world. But even if we credit the company for being this aircraft’s launch operator, its overall success went beyond cargo. Cargomaster or Caravan, plain or Grand/Super, on wheels or floats, the plane has been a resounding success. And now Textron hopes to repeat the same feat, with the Cessna 408 SkyCourier. 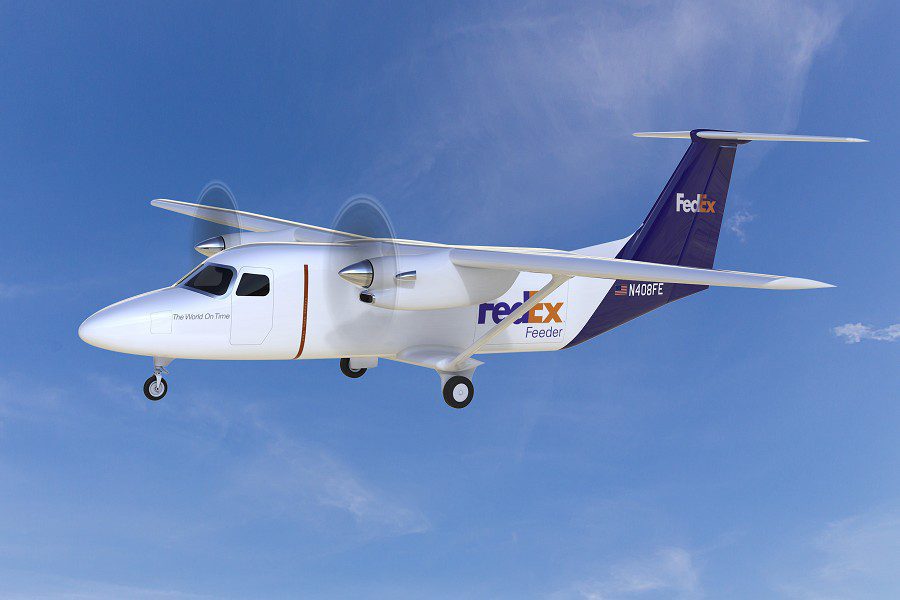 FedEx was part of this new project from its launch, in November 2017. They are the launch customer of the Cessna SkyCourier, with 50 firm orders plus 50 options. FedEx specced the aircraft’s design from inside out – literally. They want a twin-turboprop freighter, with an overly large cargo door, that an LD3 container can fit through. And the plane should be able to carry three LD3 containers or 6,000lbs (2.72 tons) of payload!

The result is an aircraft that looks like a cross between a Let L-410 and a Dornier 228. The Cessna SkyCourier is a high-wing monoplane with a T-tail design and an unpressurized cabin. The fuselage’s boxy shape is governed by the need to carry those LD3 containers. It is 70 inches (178cm) high, the same for the width. The volume in the main cabin is almost double that of a 208 Caravan. 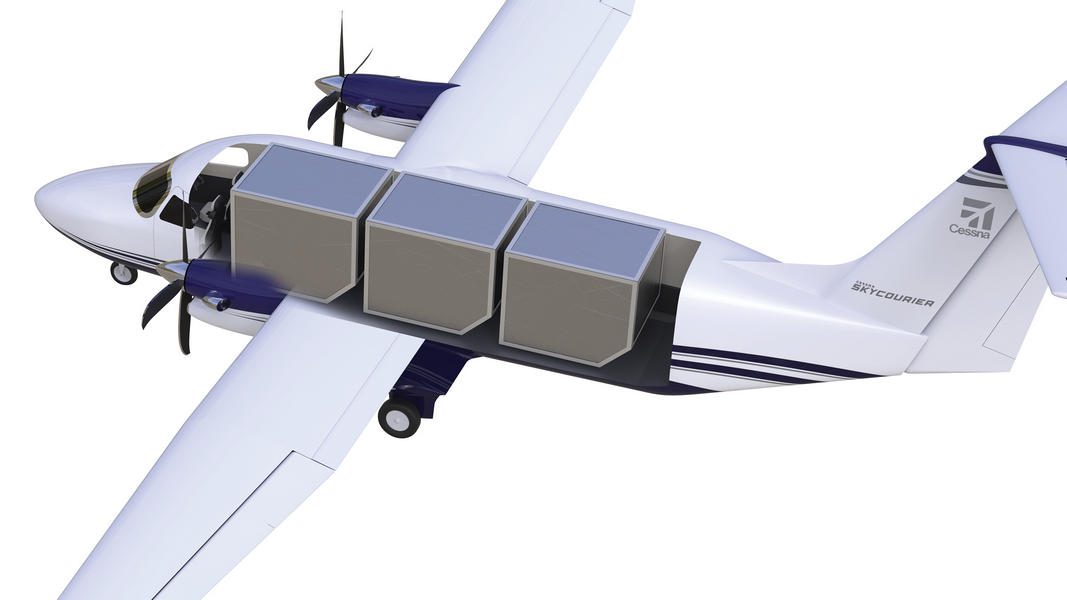 The passenger version will have seats for 19 passengers and still come with the same huge cargo door. The construction of the Cessna SkyCourier is conventional, using aluminium throughout. Similarly, Cessna chose the ubiquitous Pratt & Whitney Canada PT6A to power the new plane. This is a slightly larger version of the PT6A in the nose of the Caravan! 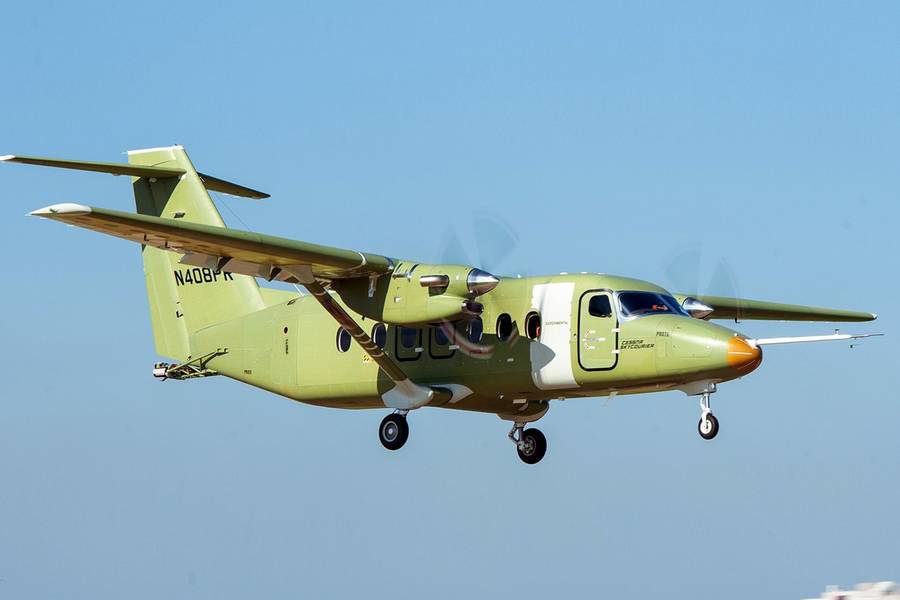 Part of a Broader Strategy

Some time ago we saw FedEx’s purchase of new ATR-72-600F freighters. These planes can carry seven of the same LD3 containers, instead of the Cessna SkyCourier’s three. But the crucial thing is that they carry containers at all. FedEx’s feeder airlines were already using ATR-72 freighter conversions, with cargo doors too small for containers. 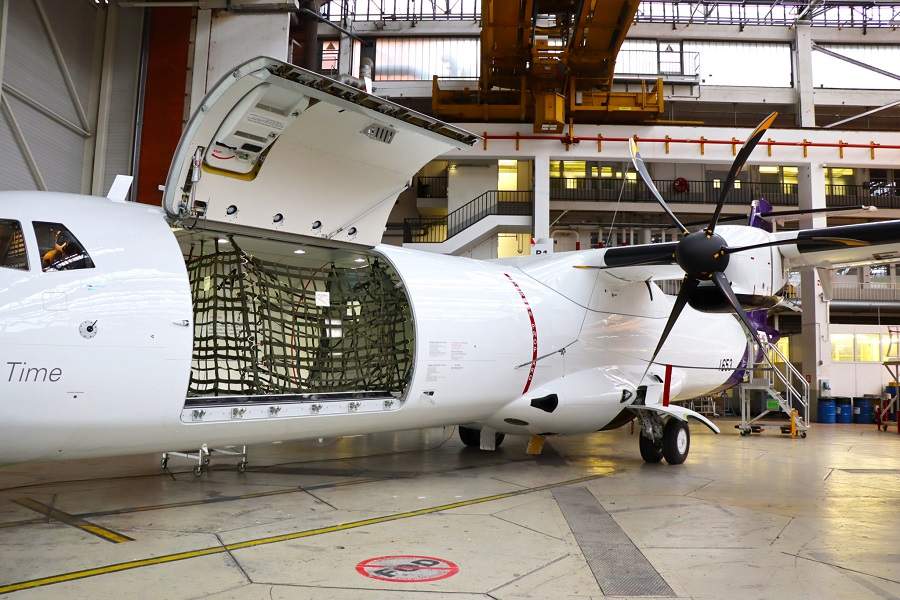 So now it seems that FedEx is getting its way, from the design stage. Containers make loading/unloading much faster. The SkyCourier will also feature single-point refuelling, for quick turnarounds. And of course, the pilots have their own doors, so they won’t have to manoeuvre around cargo to get on board – or so the cabin doesn’t need to be even wider, for them to slide past the LD3s!

But beyond FedEx, Cessna will hope that its SkyCourier will enjoy similar success to the Caravans and Grand Caravans. It’s a bigger aircraft, of course, with all the effects this brings in fuel burn, maintenance and purchase cost. But the higher versatility of the design should grab the attention of a wider range of potential customers.