The Boeing 777X will be the first aircraft to go through the certification process, after the 737 MAX. This has some implications. Boeing works to eliminate any chances for oversight. Boeing also knows that they will have a lot more eyes over their shoulders, as they and the FAA put the jet through certification.

The 777X’s certification will be in the form of an amended type certificate of the existing Boeing 777. The aircraft is a fly-by-wire design. It’s bigger, but there are fewer hurdles to go over, compared to the change from the 737NG to the MAX. But Boeing are keen to show that they are not taking any chances. They expect multiple agencies to attend their certification flights, coming soon.

In a sense, the experience of the MAX helped in this process. The difficulty of facing more scrutiny, is balanced by the fact they now know more about what to look out for, in the build-up. Boeing has changed the way engineers and others report any concerns. This was one failing in the case of the MAX. 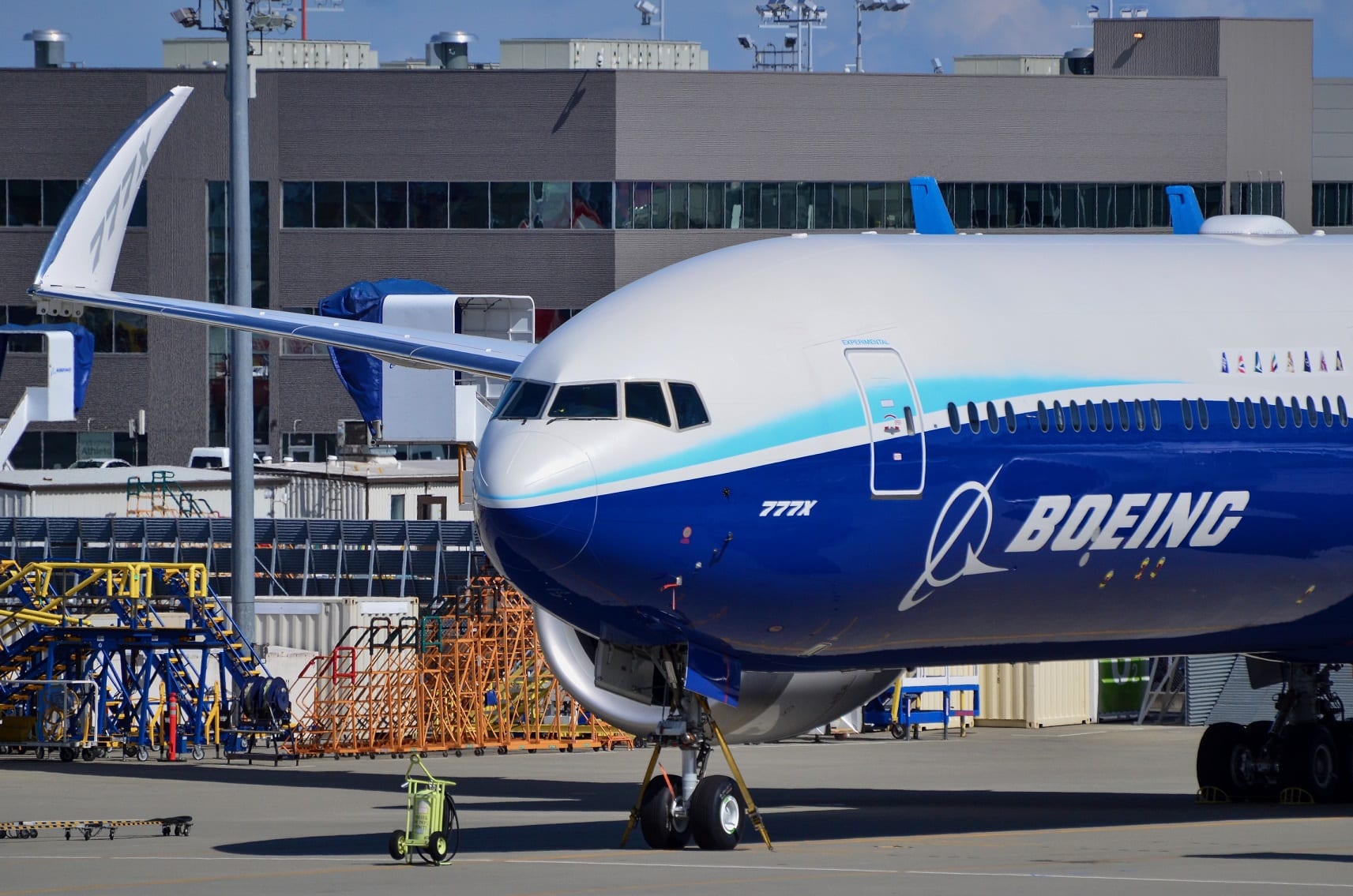 Boeing now wants everyone’s concerns to be known by everyone else, up and down the chain. They also have a system that anyone in the company can use to raise concerns anonymously. Brad Zaback, vice president and general manager for the 777/777X program, said to Aviation Week:

“All that organizational structure is helping us as we look at the 777X. Our total focus on this flight test program, and the whole program, has been around the safety of the product and being compliant with the regulations. We are applying a lot of lessons learned on the MAX and really looking at those regulations and making sure that we are testing appropriately.”

The feature that most people concentrate on, when talking about Boeing’s 777X, is the folding wingtips. In testing they receive plenty of scrutiny, and the FAA and other aviation authorities will look them over hard, too. But according to Boeing’s pilots, in testing these wing tips are basically a non-event. Pilots in the 777X test programme say the wingtips have been “bulletproof”.

Folding wings (or parts thereof) are a new thing in commercial aviation, but it’s really nothing new in general. Navy WWII planes had various types of folding wing mechanisms. Technologically, the systems are mature. The size of this plane dwarfs them, but they are HUGE. The folding wingtips are 24 feet (7.3 meters) long.

The only issues with the system were ergonomic. The overhead panel knob for the folding wingtips will change. Pilots wanted more/different lighting on the knob to make it more visible, in some conditions. The wingtips fold automatically after landing, once the aircraft has decelerated below a certain speed. Then pilots extend them manually for take-off.

The attention on the folding wingtips takes away the focus from the wing itself. And that’s a shame. Boeing’s 777X has an all-composite structure wing. We have seen other applications of carbon composite wings before, but a complete structure using the material is unusual.

Boeing calls this a “fourth-generation composite wing”. Development of the wing had some delays, but the design itself proved sound. The only design change in Boeing’s 777X wing was the addition of three small ‘vortilons’ (small vortice generators). More testing is coming, for low-speed performance, but pilots report that the aircraft already feels like a mature design.

Boeing is using a total of four 777X test aircraft, that have so far accumulated 750 hours in 275 flights. More aircraft are being built, but the company doesn’t want to build a large 777X inventory too early. Not only would they need storage, they might also require small changes as testing progresses. So far, pilots report that existing 777 crews will probably need to get used to the 777X’s size, on the ground. It is 13.1 meters (43 feet) longer than the 777-300ER. In the air pilots report it feels great.

The program has seen considerable delays. In the current climate, however, some customers probably don’t mind waiting a bit longer. But some certainly do. Emirates originally expected their first 777X aircraft to arrive in 2020. Now 2023 seems the most likely year. The 777-9 should be 13% more efficient than the 777-300ER. And should have a 10% lower cost per seat than its rival, the Airbus A350-1000.

Emirates has 115 orders for Boeing’s new 777X. The aircraft doesn’t have any orders from US customers yet. But eventually these airlines will have a lot of 777s to replace. And unlike the four-engined 747s and A380s, these jets are efficient…