An American Airlines Boeing 737 that was about to take off from DFW hit a lamppost while taxiing. There were no injuries, but how did it happen?

The incident happened on the 28th of May. It was flight AA1005 from Dallas Fort Worth (KDFW) in Texas, USA, to Nassau (MYNN) in the Bahamas. It appears that the American Airlines 737 crew hit a lamppost shortly after pushing back from the gate. A passenger on the flight called Clark Roland took a couple of photos from the cabin. He reports that the crew told them that an 8-hour delay would follow. 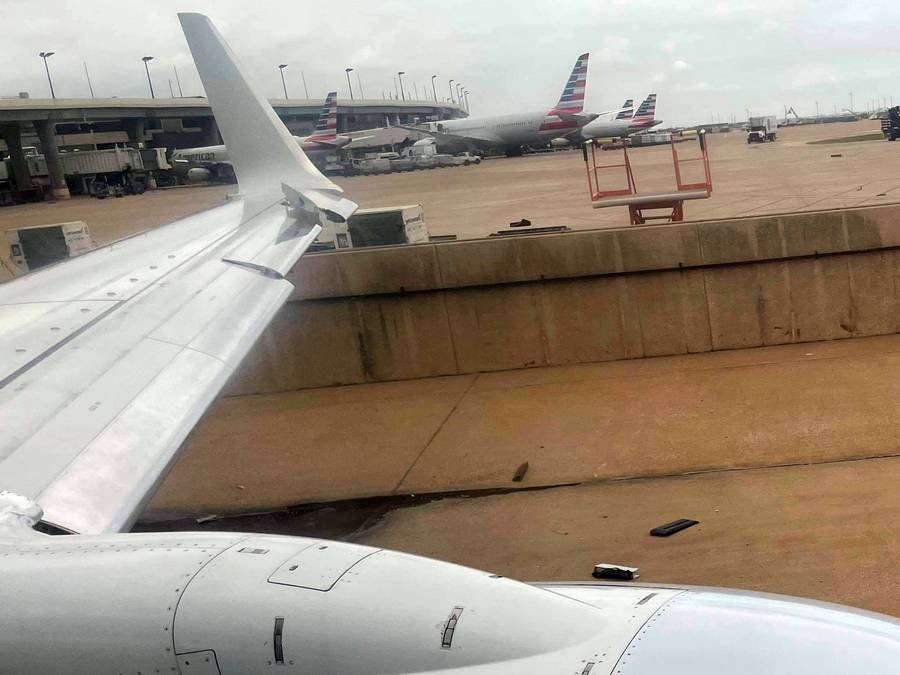 According to later reports, these passengers eventually took off for the Bahamas about three hours after the incident. The damage to the American Airlines 737 obviously involves the left wing’s leading edge, where it hit the lamppost. But how such an accident happen? Obviously we will have to wait for more information, however a look at the airport offers some interesting clues.

Firstly, the American Airlines 737 isn’t the first one to hit a lamppost – unfortunately. We saw such an incident in India last February. On that occasion, partly deleted taxiway and apron center and edge markings appeared to play a role. And a look at the incident site at DFW, suggests something along the same lines (pun not intended). 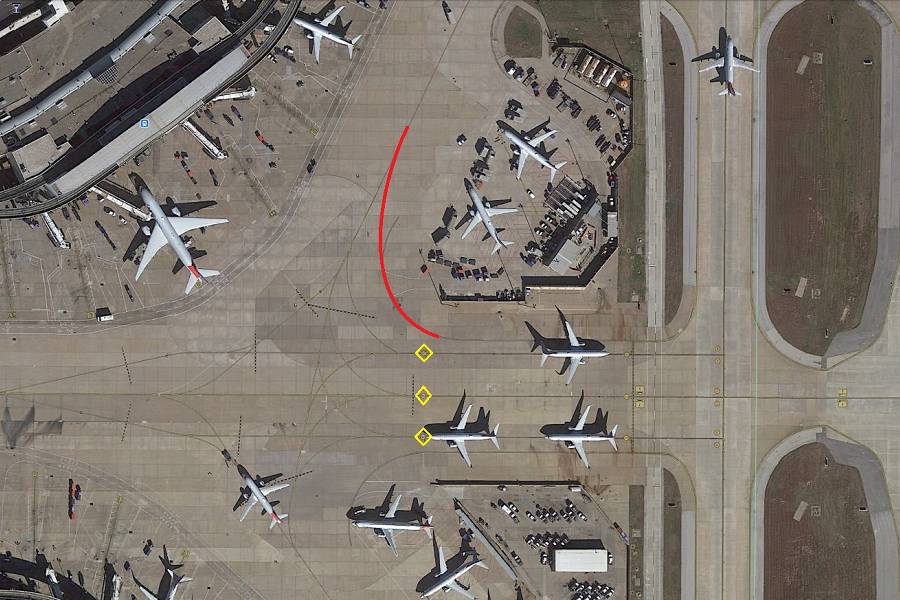 How The American Airlines 737 Hit The Lamppost

Dallas Fort Worth is a rather big airport – to put it mildly. It appears that the American Airlines 737 hit the lamppost while taxiing southbound, along the red line in the picture above. It was turning left, to exit the ramp. But at this point there are three parallel centerlines to choose from. North to south (top to bottom), their numbers are 22, 23 and 24 (highlighted in yellow). It looks like the 737 crew wanted to line up with 22. But they likely lined up with the left edge markings instead. 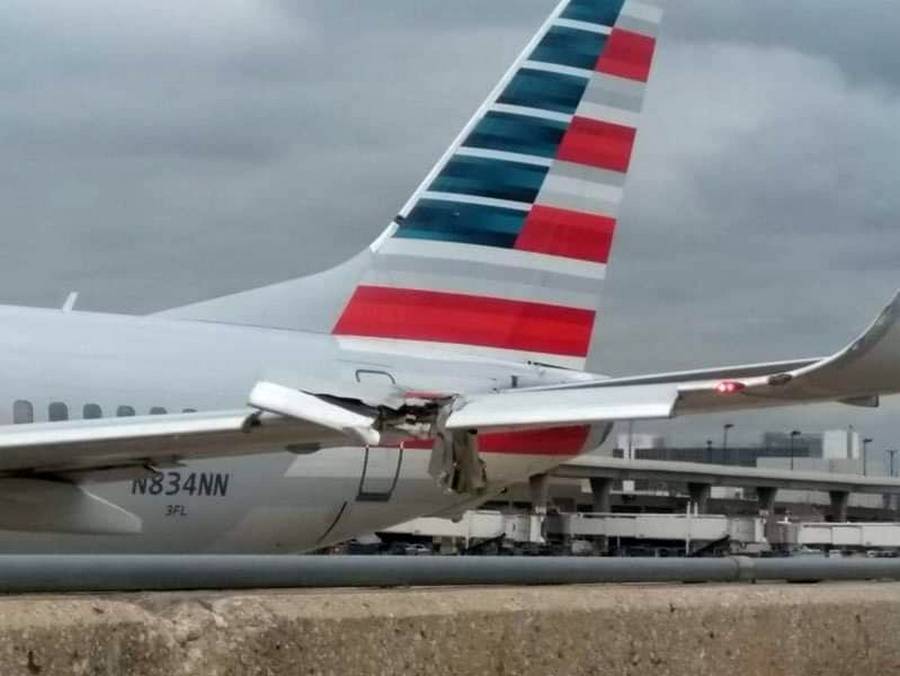 It appears that the plane pushed back from a gate very close to the incident site. This partly explains how the crew may have misread the markings. If the picture above isn’t clear enough, try dropping the coordinates below to the mapping app of your choice. This is the approximate position where the American Airlines 737 stopped, after it hit the lamppost:

The aircraft that hit the lamppost is an eleven year-old American Airlines Boeing 737-823(WL), with registration N834NN. The airline picked it up in April of 2010, and they are its only user from new. It is configured for 172 passengers. A few hours after the incident, the aircraft moved to an American Airlines maintenance hangar. 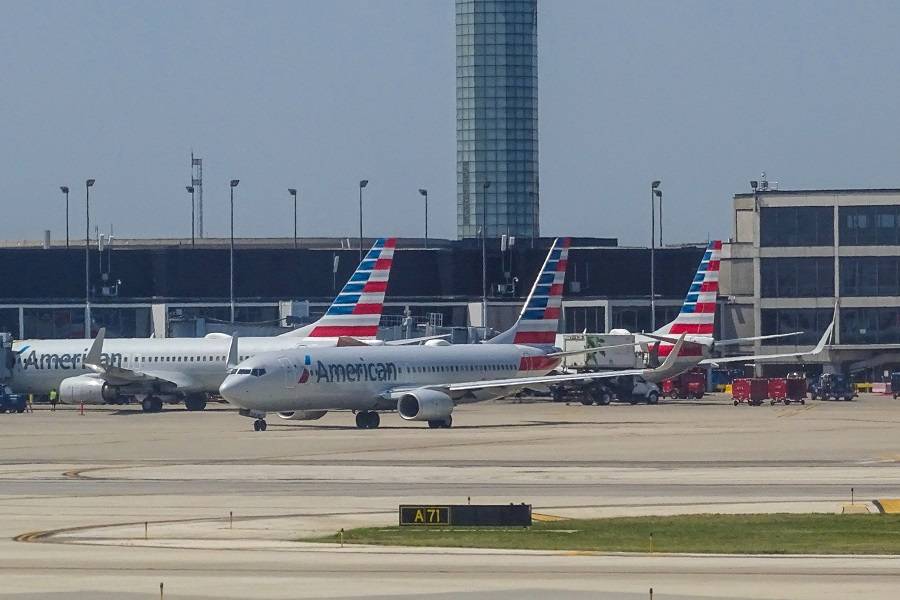 Flightradar24 seems to show that American Airlines’ ground crews returned the jet to service nine hours after it hit the lamppost. That would be very impressive, if it were true. But it is a glitch. Elsewhere, we see that the passengers flew to the Bahamas that day in an Airbus A321, tail number N131NN.

Ground incidents like these are fortunately quite rare. But they generally don’t result in any injuries, as was the case here.