The sporty-looking AirCar carried out its first ever cross-country flight this week, achieving another milestone in making flying cars a reality!

The design is the work of Professor Stefan Klein, in Slovakia. He is a design professor, with many past projects in the automotive industry. He first started working on flying car concepts all the way back in 1989. But after building prototypes of two different designs, he paused work on the project. The AirCar project began in 2016. 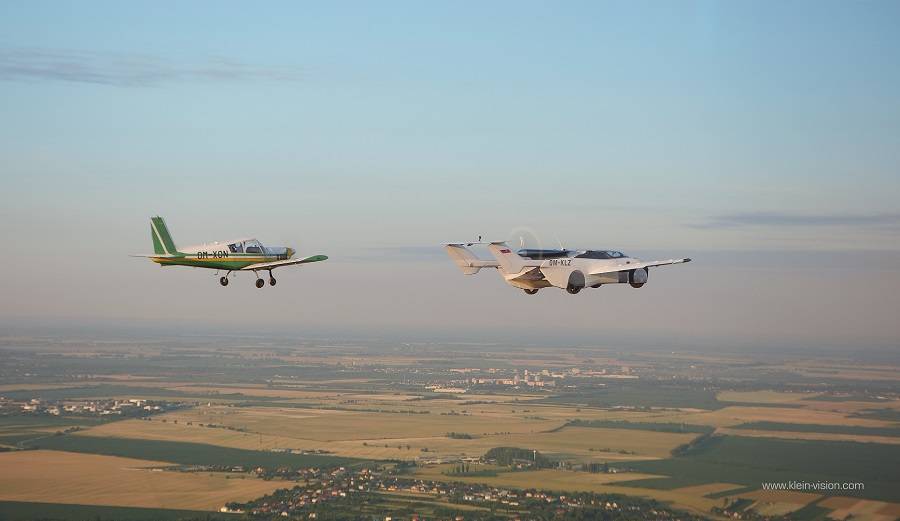 After a series of remote-controlled proof-of-concept designs (including a 1:1-scale model!), the piloted AirCar became a reality late in 2019. It first flew on the 22nd of October last year. Since then, it completed 141 flights, amounting to 40 hours in total. For its 142nd flight, the car/aircraft flew from Nitra airport (LZNI) to Bratislava airport (LZIB) in Slovakia. The cross-country flight took place on the 28th of June, lasting about 35 minutes.

Flying cars are a recurring dream for many in aviation and beyond. The idea that you could drive to an airport, unfold a set of wings and fly, is a persistent one. And then you could fold up those wings at your destination, and drive around the area, before flying off again. What’s not to like? Unfortunately, making it happen in a practical way has eluded designers and engineers. 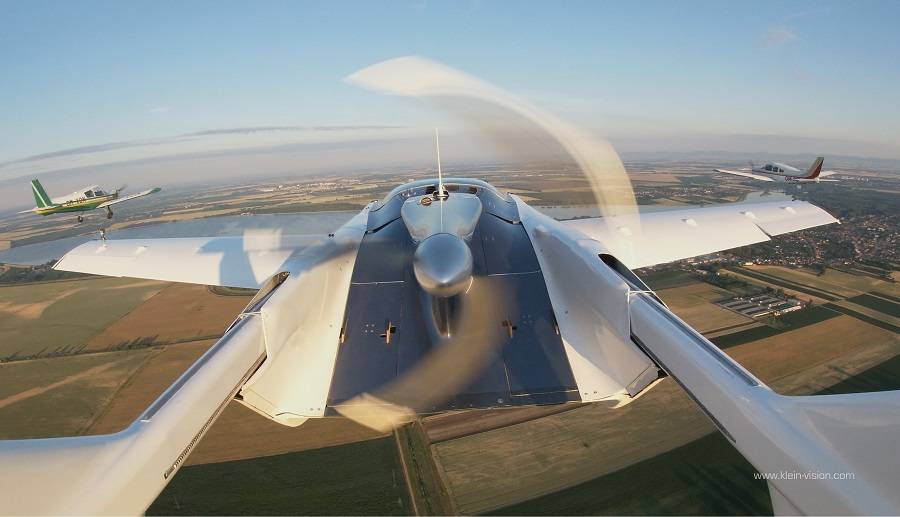 Aircraft generally follow design choices that give them as low a weight as possible. This includes construction materials, but also a lot of ancillary parts: small wheels and simple suspension, for example. And details add weight, on top of the weight for folding wing mechanisms, for instance. All this makes a working example, like AirCar, that much more impressive.

Slovakia’s industry has substantial experience in lightweight composites, that this design benefits from. The AirCar has not only a folding wing, it also has a retractable twin-boom tail section! This makes its proportions more manageable, when it transforms into a car. The vehicle’s body produces a good proportion of the necessary lift, reducing the need for a longer wing. 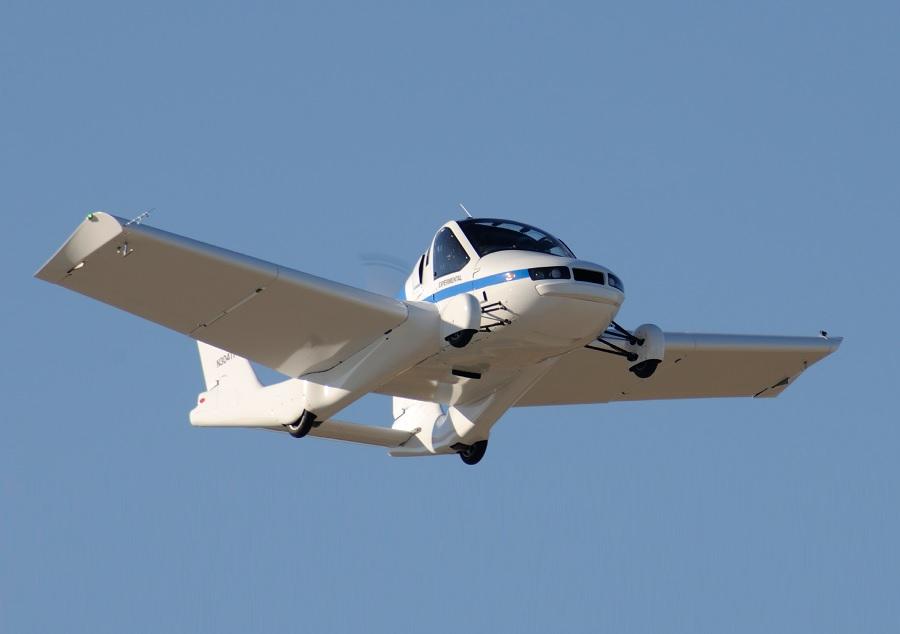 There have been multiple flying car concepts over the years. We actually saw another one in January, called the Terrafugia Transition. That one is a bit smaller, as its designers aim to certify it as a Light Sport Aircraft (LSA) in the United States. Klein Vision, the company behind AirCar, will equip the second prototype with a bigger engine, making it faster.

This first AirCar prototype has a 160bhp BMW engine, with a fixed-pitch propeller. With this setup, its maximum cruise speed is 103 knots, with an estimated economy cruise of 92 knots. And unlike the Terrafugia, the engine here drives the propeller AND the wheels. The next prototype will be a pre-production model, with a 300bhp engine and a constant speed propeller. Speed should be 162 knots, with a range of 1000km (621 statute miles). 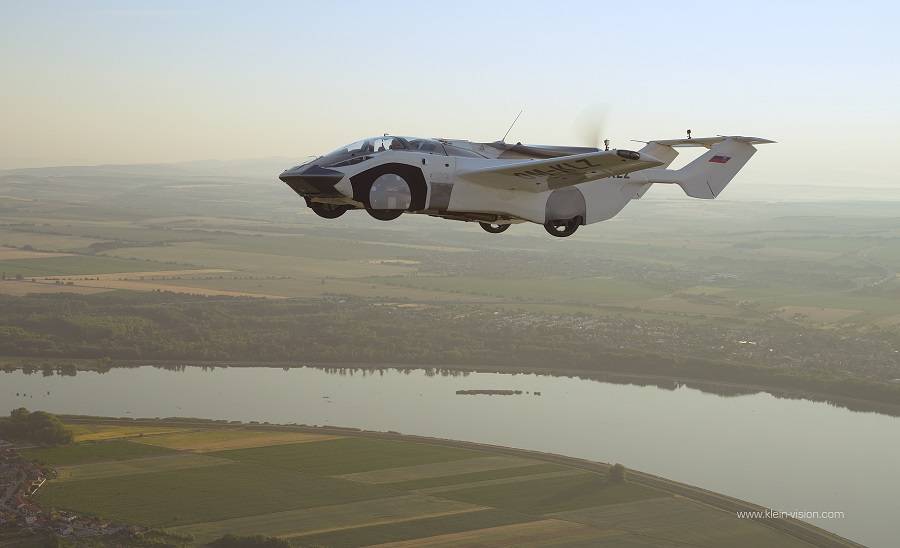 Klein Vision aims for the production AirCar to receive EASA CS-23 aircraft certification, with an M1 road permit. The attraction to such a vehicle doesn’t need explaining. Even at the lower speed, the first prototype proved its utility. Including the time it took to transform into a car again and drive to the city centre, the vehicle halved the driving time between cities. 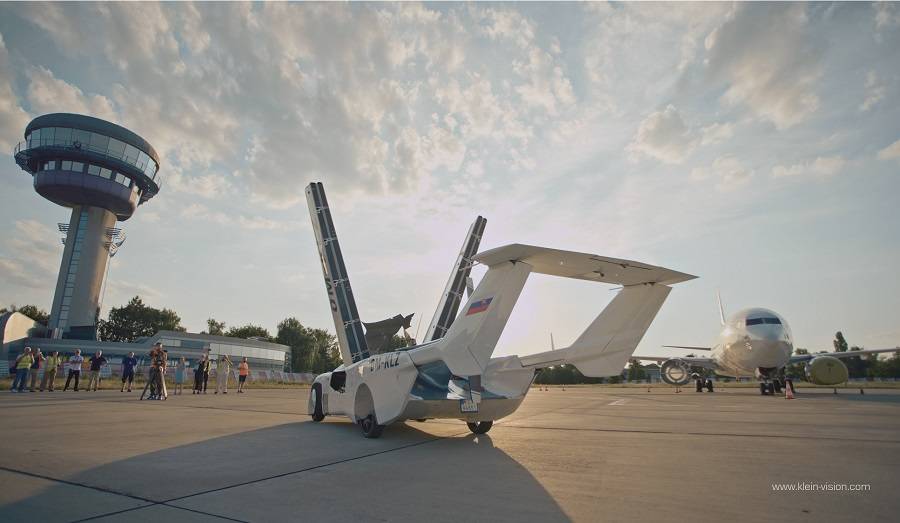 Road vehicles are another matter. The AirCar and the Terrafugia vehicles have to satisfy crash tests, side impact tests, visibility and noise tests. That propeller and the horizontal stabilizer could raise some eyebrows, regarding pedestrian safety tests. And if that seems tricky, consider the difference for example in crash testing, between countries. Terrafugia certified their design as an LSA, but they know it will need many changes to have a chance of being road-legal. 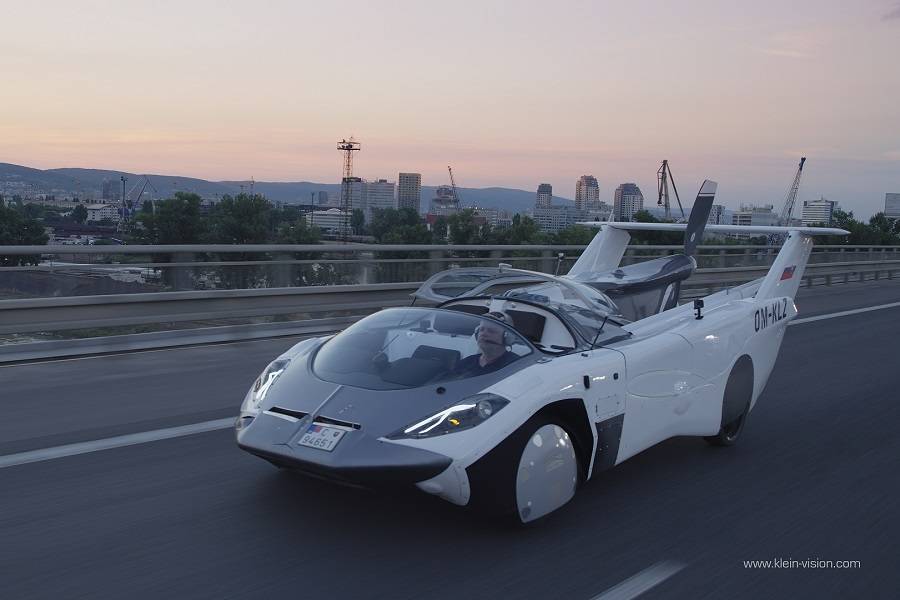 However, there is no argument against the appeal of such a vehicle. There are planes out there with folding wings, if you don’t want to pay for airport parking or a hangar. But they can’t quite do what vehicles like the AirCar are promising.

Klein Vision quote Morgan Stanley, who estimate the ‘dual transportation vehicle’ market will be a $1.5 trillion industry by 2040. This makes vehicles like this commercially promising – in addition to being undeniably cool.